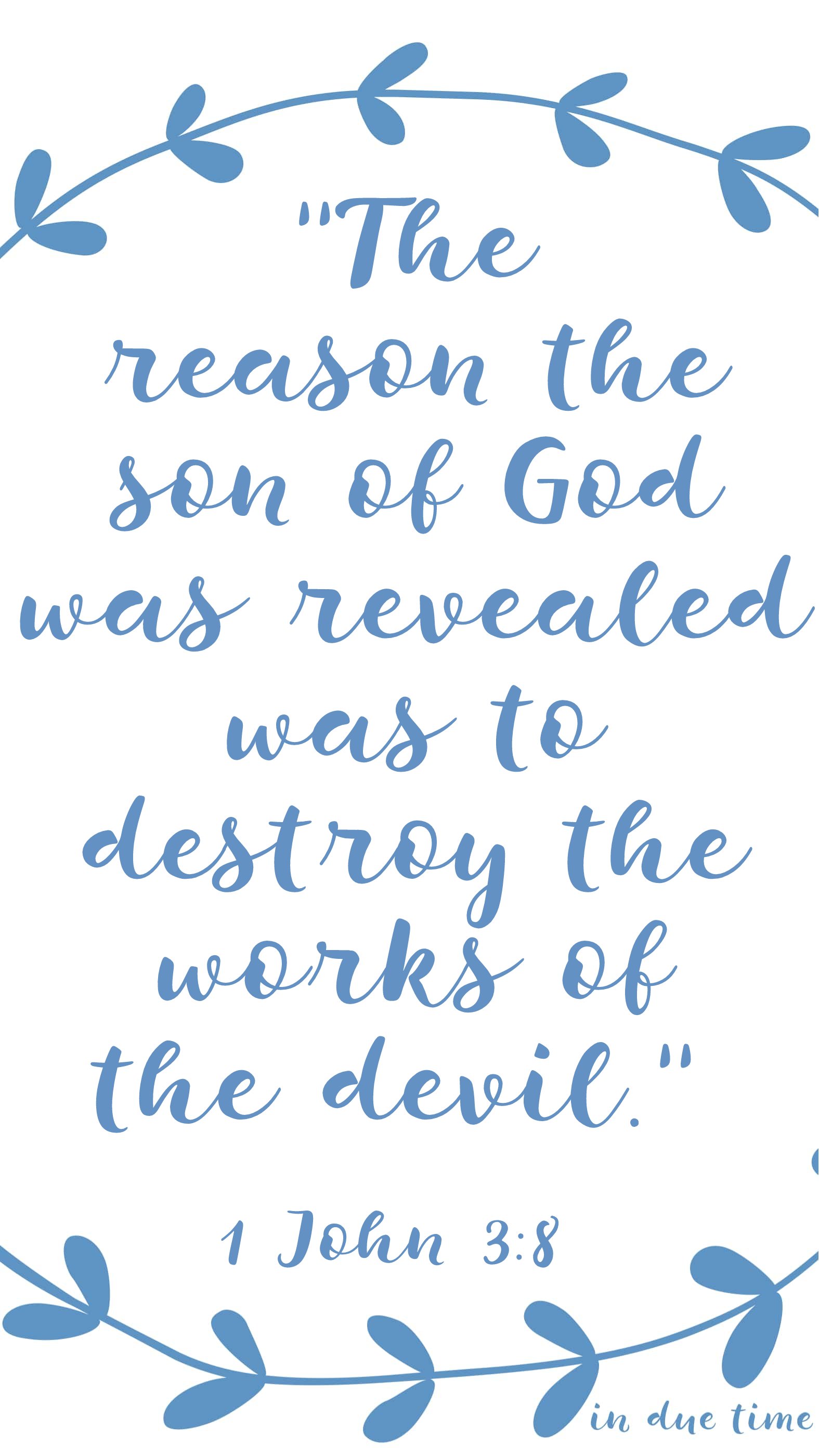 I am going to share a little secret with you…. these verses I share every Monday? They are by no means my top viewed post. If I was like most bloggers, I would stop posting them based on how low the page views are. But I want to share another secret with you, I love sharing verses on Monday! Why? This might sound selfish, but everything I post is what is currently ministering to me. In addition, whenever I share a verse, it forces me to not just skim over a scripture, but to dig deeper too.

With that being said I know this is no surprise, but I am continuing on with 1 John. Last week I shared from 1 John 3:5-6 and the truth shared in the following passages is just too important not to share, so today I am continuing with 1 John 3:7-8 which says, “Delightfully loved children, don’t let anyone divert you from this truth. The person who keeps doing what is right proves that he is righteous before God, even as the Messiah is righteous. But the one who indulges in a sinful life is of the devil, because the devil has been sinning from the beginning. The reason the Son of God was revealed was to undo and destroy the works of the devil.”

This verse starts off with a warning, “don’t let anyone divert you from truth.” Other translations say, “let no man lead you astray” or “let no one deceive you.” Oh, how John must have known the people he was speaking to had been deceived. Isn’t that so true of people now too? How easily sin, false teachers and the enemy can deceive us!

John goes on to share about righteousness, which is received by grace through Jesus Christ. This verse, like so many others that I have shared recently, isn’t talking about the person who is religious, but the person who actually has a relationship with Christ. If someone is living in righteousness the fruit in their life will be evident to all those around them. Let me remind you that you aren’t made righteous because of your good works or because you are a good person. Isn’t that what so many people project religion to be? Instead you are made righteousness because of what Jesus did on the cross for you! His righteousness was given to you. When you become a Believer in Christ you receive his righteousness.

The verse goes on to say that the one who indulges in a sinful life is of the devil. Ouch! I already touched on this in my last post, so before allowing condemnation to come in, I encourage you to check that out.

Okay now to my absolute favorite part of this verse, “The reason the Son of God was revealed was to undo and destroy the works of the devil.” Wow Wow! I want to first back up and point out that 1 John 3:5 says that Jesus came to remove our sin. And then this verse points out that in addition to remove our sin, Jesus also came to undo and destroy the enemy. Notice it doesn’t say Jesus half-way destroyed or attempted to destroy but failed. It says he “undid and destroyed the works.”

I have said this many times, but most Christians have Jesus in a box and they have given their life over to the enemy. But why? The enemy only has access to you if you give it to him. He has already been destroyed. He has zero authority. What does that mean for you? Are you living as though the enemy has been destroyed or are you living as those he is the one who is control? I think the reality is that most are living as though the enemy is in control. People live like powerless Christians.

It’s time to take back ground from the enemy and give your life fully over to Christ. Not by just saying you are a Christian, but by living as though you are. The righteousness of Christ is your inheritance and victory belongs to you because the enemy has already been destroyed, so start living that way! 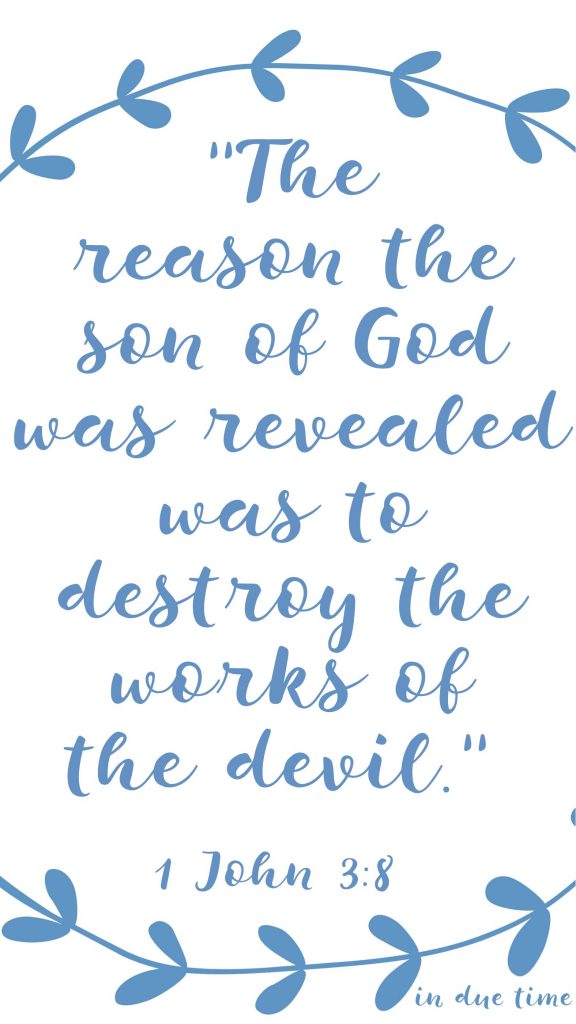 « Thanksgiving in Arizona | How Do I Know What to Believe? »

{Birthday Celebration} Today is @momsinthemaking b