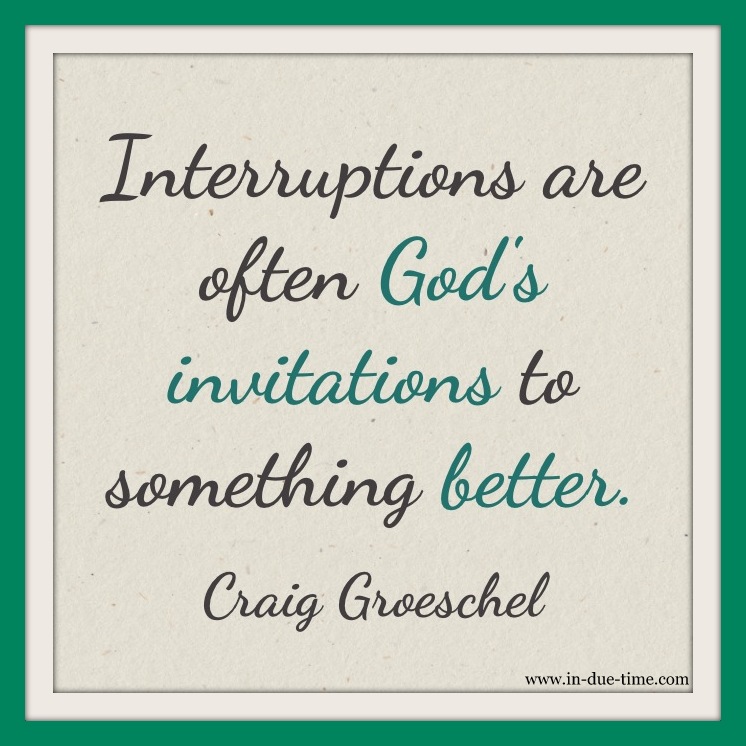 It’s been awhile since I listened to this, but I love this sermon from Life Church on fear. One of my favorite verses is 2 Timothy 1:7, For God has not given us a spirit of fear, but of power and of love and of a sound mind.

So many people live in fear. Fear is placing your faith in the wrong thing. It’s not that you have a lack of faith, it’s that the faith is focused in the wrong place. Often times our fear is faith in the ‘what if’ situations which drives us to a point of panic. ‘What if I lose my job’. ‘What if I never have kids’. etc.

Why are we so afraid of God’s Plans?

1. God’s Interruptions are Often Inconvenient. So often we view what happens in life as inconvenient. We blame God for what is going on, but what we don’t realize is that what we call interruptions are often God’s invitations to something better. In Luke 1, Gabriel spoke to Mary. Gabriel appeared to her and said, “Greetings, favored woman! The Lord is with you!” Confused and disturbed, Mary tried to think what the angel could mean.“Don’t be afraid, Mary,” the angel told her, “for you have found favor with God!  Luke 1:28-30. Talk about an interruption – in these verses Mary was excited to get married and God did a complete 180 and told her instead she was going to have a child. But, she was also told that favor was upon her and there was nothing to fear. What a great reminder for us too. When we are interrupted we have nothing to fear, God is with us, and His favor is on us.

2. God’s Purpose is often different than your plans. Trust Him that no matter what He is doing, it’s better than your plan. Can you even imagine what was going through Mary’s mind when she was told she was going to birth a son out of wedlock, especially since she was supposed to be getting married soon? She had to tell Joseph she was pregnant, even though she was a virgin – talk about a crazy conversation. But, God had better plans for her – think of what an interruption that was to find out, but reflect on how the world has changed since Jesus was born.

Colby and I know all about God interrupting us. If it were our way, we would have two kids by now, but clearly that is not God’s plan. I think back to when Melanie approached me in that airport because she saw the book I was reading about infertility. If we weren’t going through infertility I wouldn’t have been reading that book and would have never met Melanie. Oh how our life’s have changed so much since meeting her. What I thought was an interruption to our plan to have kids, has been an invitation to something better. It has been so much more than I could have asked or imagined. He is inviting us to a better story.

Maybe you lost a job and you don’t understand why, maybe your waiting on a baby after years of infertility, or maybe you broke up with that man who was supposed to be your husband. I don’t know what your interruption is, but despite the fact that you think it’s a curse, God is inviting you to something better. He does immeasurably more than you could ask or imagine. Recognize that the outcome is God’s responsibility, but obedience is yours. Is God asking you to take a step of faith while He has called you out upon the ocean? What is holding you back? Trust Him! He will bless you for your obedience. 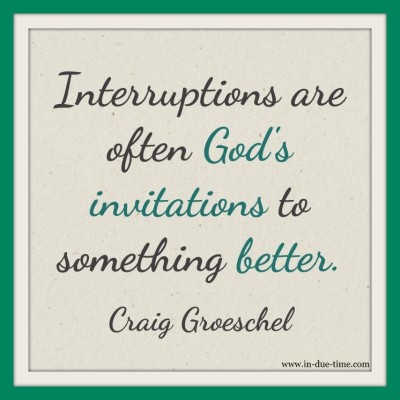