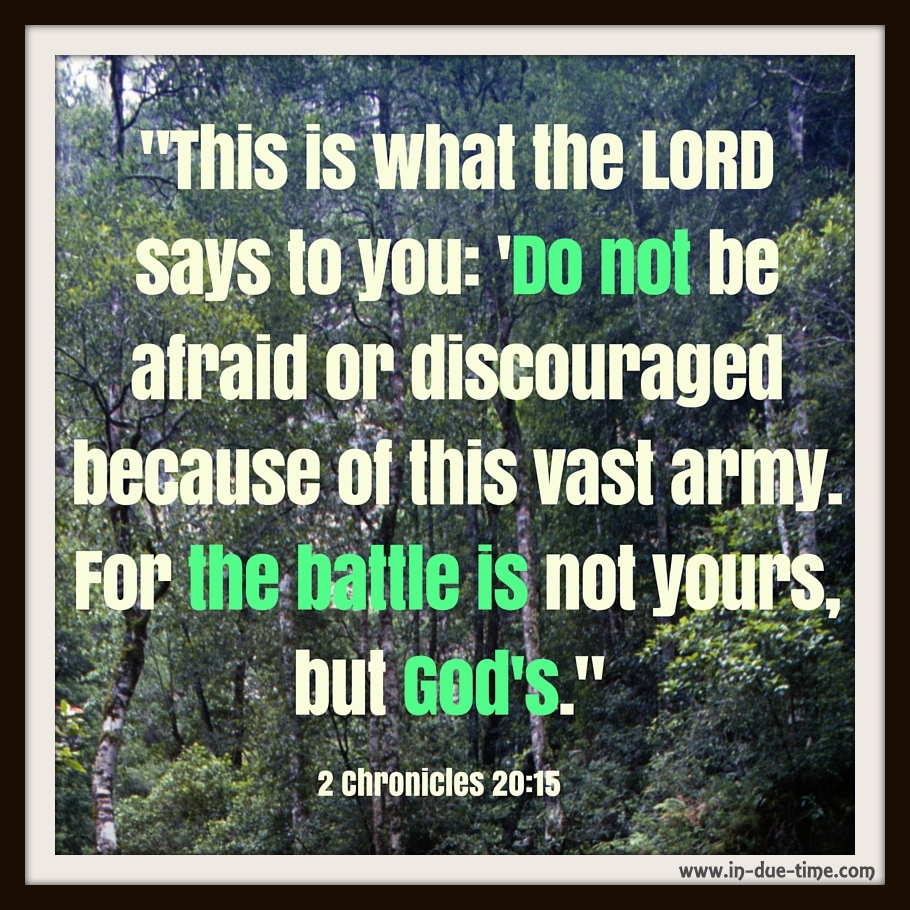 2 Chronicles 20 is a powerful word delivered from God to Jehoshaphat after he defeated Moab and Ammon. 2 Chronicles 20:15 says “This is what the LORD says to you: ‘Do not be afraid or discouraged because of this vast army. For the battle is not yours, but God’s.”

As the nation faced hardship, the people fasted and prayed and the Lord spoke through Jahaziel with this encouraging word. The Lord told the people they had absolutely nothing to fear, because the battle wasn’t theirs. Just as the Lord said, the battle belonged to God.

What happened after the Lord delivered this word? Verse 16 says, “You will not need to fight in this battle. Position yourselves, stand still and see the salvation of the LORD, who is with you.” God doesn’t intend for you to be inactive. You have to be prepared and ready, wear your full armor, and show up to every battle you face. He wants you to position yourself so you can see His good work completed.

Because of the encouragement they received from the Lord, the people chose to worship the Lord and because they chose to do so they received complete victory over their situation. What battle are you facing today? Do you realize your battle belongs to God? You have no reason to be full of fear, discouragement, or hopelessness because He is with you. If you ask Him, He will fight for you and He will defeat every battle you are facing. 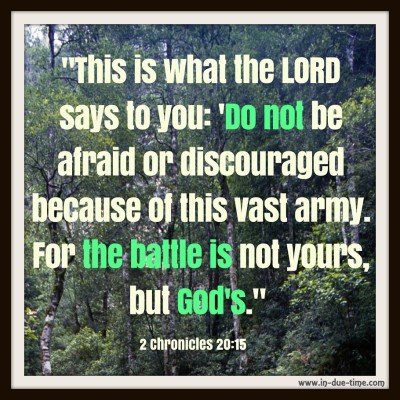 « My Uncompassionate Heart | Head for the Cure & St. Baldrick’s »