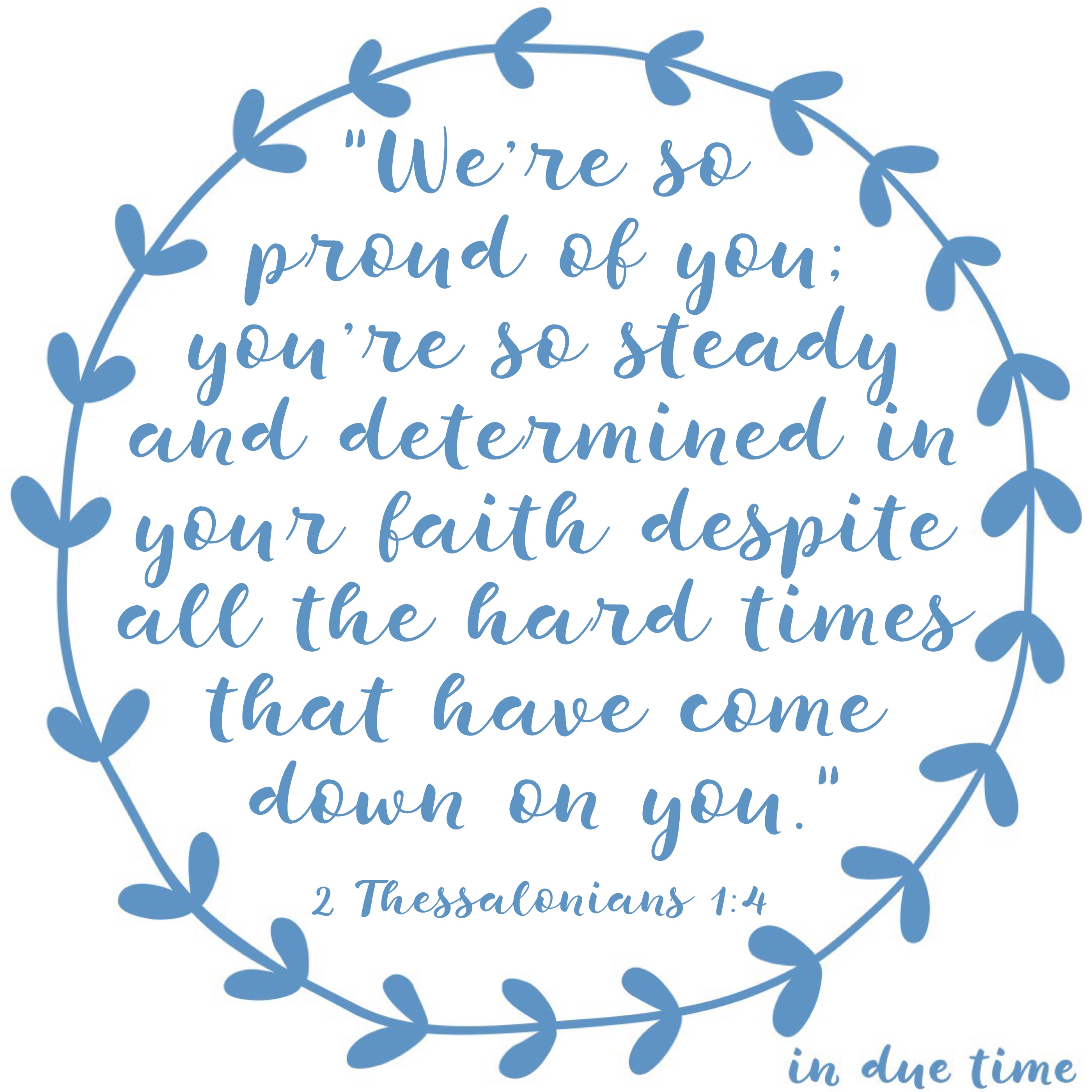 In the second letter of Thessalonians, Paul starts off his letter to the church with thanksgiving and prayer. In 2 Thessalonians 1:4 he writes, “We’re so proud of you; you’re so steady and determined in your faith despite all the hard times that have come down on you.”

Paul boasts about the faith that the church had. Despite all the trials and persecution they faced, they persevered in faith. He was proud of how they handled the hard situations they encountered.

Often what makes a trial a trial is the length of time, right? Because trials last longer than most people can handle themselves, no one is going to overcome a trial without perseverance and faith. It’s imperative to have both perseverance to keep going and faith that God will one day will bring you out of your trial. Or as this message translation above says, it is important to remain “steady and determined.”

2 Thessalonians 1:5-6 says “All this trouble is a clear sign that God has decided to make you fit for the kingdom. You’re suffering now, but justice is on the way. When the Master Jesus appears out of heaven in a blaze of fire with his strong angels, he’ll even up the score by settling accounts with those who gave you such a bad time. His coming will be the break we’ve been waiting for.”

Friends, you might be in a trial now, but justice is on the way! God hasn’t forgotten about you, but he wants to use your trial for his glory. He will relieve you from your suffering, but first you need to place your faith in him and trust him.

Trials should always grow your faith, not stop it or deter it. Pursue your trials with the attitude that they will change you and transform you into his image. Stay steady and determined and let God use this difficult time in your life to build your faith, perseverance, and ultimately, make you fit for his kingdom. 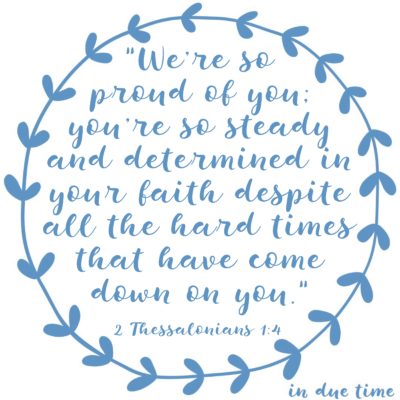