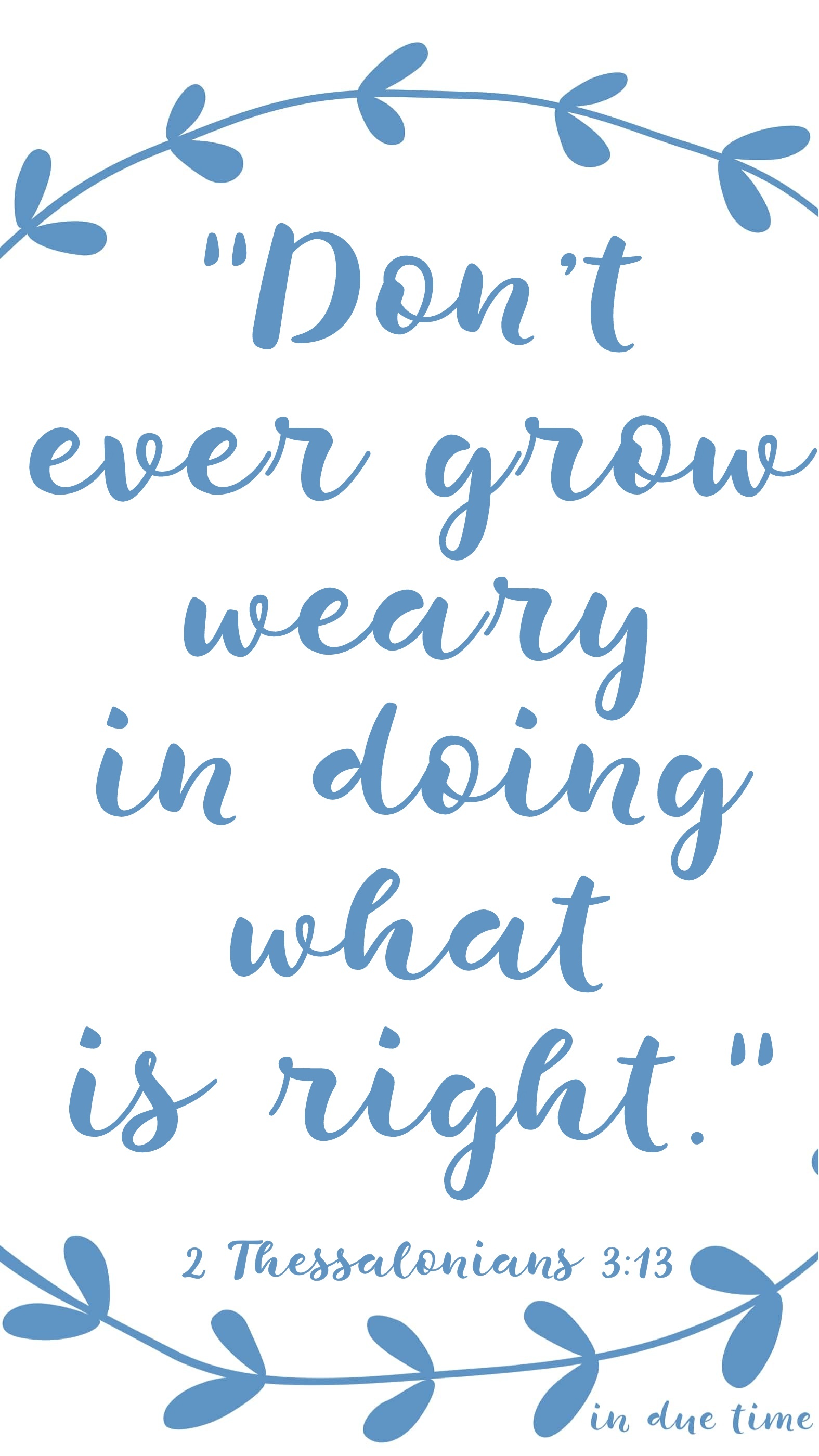 Do you ever get tired of doing what is right when it seems like everyone around you is cheating the system? In 2 Thessalonians 3:6-15 Paul gives a warning about laziness and disunity. In verse 11 he addresses those people who are lazy and have neglected their work. The idleness of some had become sin because instead of working they just became busybodies. Paul was actually rebuking those who chose not to work while at the same time delivering a message to those who were doing what they were supposed to do.

Verse 11 goes on to say, “Don’t ever grow weary in doing what is right” or as some translations say “doing what is good.” Paul’s message was for those who were working. He told them not to grow weary by allowing those who were merely just busy-bodies take advantage of them. His desire in sharing this was a reminder that the people shouldn’t let the tactics or manipulation of those around to discourage those who were actually working.

I wanted to provide the context for those verses but I also wanted to point out how applicable this is for every area of life. At the end of the day, every person is responsible for their actions, time, thoughts, words etc. While it can seem frustrating that you  are “doing good” according to Biblical standards while those around you aren’t, you can’t get swayed by that. Just as one of my favorite scriptures in the Bible says, “And we should not grow weary in well-doing. For in due time we will reap a harvest, not giving up.” It is very similar to 2 Thessalonians 3:13 in that it reminds believers that if they choose not to give up, there will be a harvest. This holds so very true for you today!

Remember, you are responsible for you! If you are following Christ and what he has told you to do then you are doing good! And if you are doing good then it’s important that you do not get swayed by the opinions or thoughts of those around you. Instead keep your eyes focused on him and when you do then the laziness or disturbance of those around you won’t discourage you any more. Remain steadfast and don’t grow weary in doing what is right! 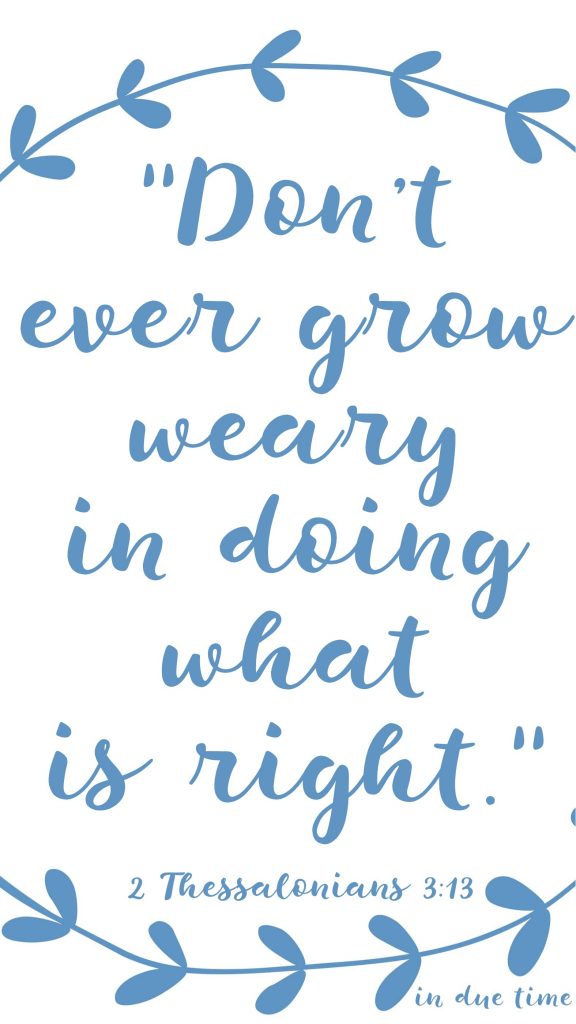 « Why We Haven’t Crumbled | Take Responsibility! »