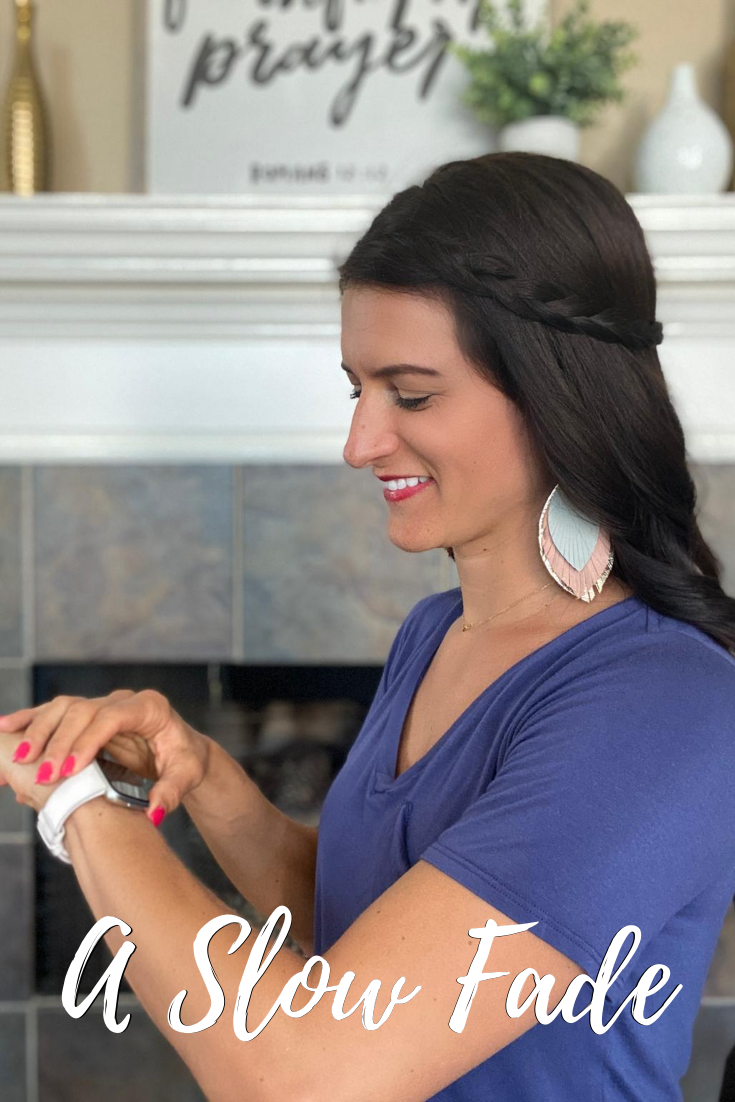 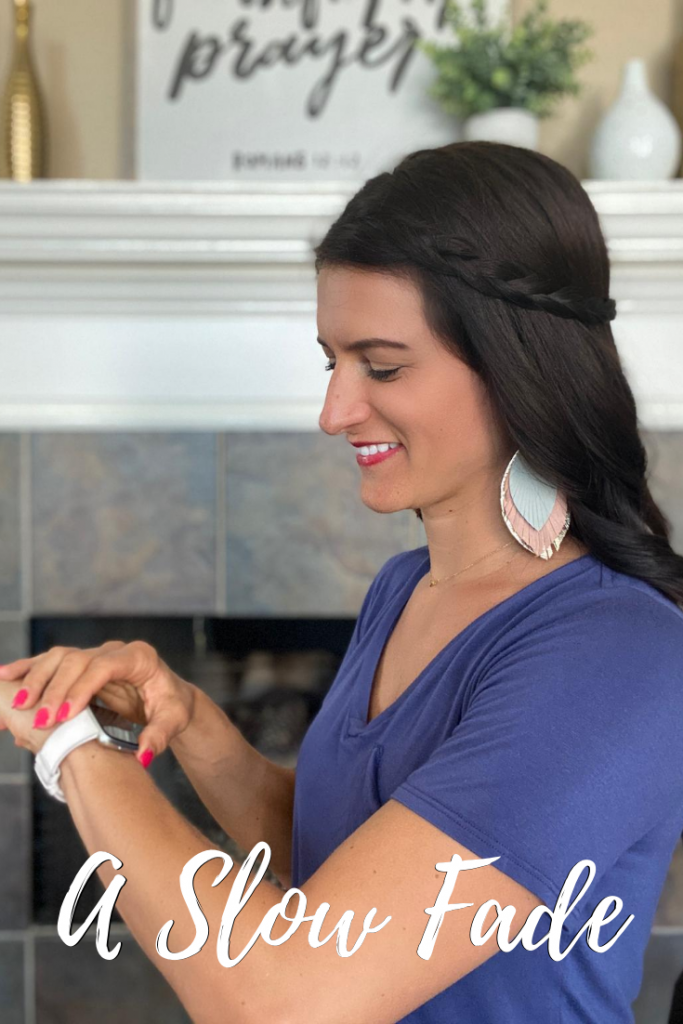 It was just a few years ago during a workout at the gym that the Father used my Fitbit watch to remind me He had already given me everything that I needed.

Just a few weeks ago, He used my watch, once again, to speak to me.

My white watch band had seen better days so I decided to order a new one. When it arrived, I compared the two and I couldn’t believe the difference in color. The one I had been using for months was much dirtier than I even realized. It wasn’t until I compared it to the new band that I became aware of just how dirty it was.

It was a slow fade. It happened so gradually that by the time I realized it, I was in disbelief with just how much it had changed.

It’s the same way in our walks with Jesus. We forego signing up for Bible study. We miss one or two Sunday’s of church. We don’t read our Bible for a week. That is how it starts at least.

And then from there… it becomes a slow fade. We start listening to the wrong voices and paying attention to the wrong things. The drifting begins. Compromise happens. One sin leads to another. What was once a big deal to us, we become unfazed by.

No one walks away from the Lord over night. No one becomes an addict in an instant. No one compromises on purpose. No one crumbles quickly. No one strays intentionally. It’s a slow fade.

It breaks my heart. Too many people have slowly faded. The Christian standards they once held are now gone. They have drifted off course and compromise has happened. The things of this world have become more attractive than the truth of God’s Word.

If fading resonates with you, I want to tell you this: It’s not too late. It’s not too late to get back on track and recommit yourself to Christ. Today is a great day to get right with God.

And if you are running steadfast after the Lord, I share this message to remind you that the way you live your life and the decisions you make today matter. The people you surround yourself with, the accounts you follow on social media, the things you listen to, the way you spend your time — they all play a role in what your future will look like.

I believe if we as Christians aren’t fully awake and running whole-hearted after the Father than our slumber will lead to the slow fade. Just as the Word says in Revelation 3:15-16 being lukewarm isn’t welcomed. The message translation of this passage actually says, “You’re stale. You’re stagnant. You make me want to vomit.”

I believe the gap will be widening between mature Christians and those who fade away from the Lord altogether. Mediocre Christianity won’t be sustainable. Which is why I share this message with you. I don’t suggest waiting another week or another month to examine your life. Don’t wait until tomorrow to read the Word, when you can get in it today. Don’t succumb to the ways of the world and the life of compromise.

The Lord’s plans for you are too good for you to fade away from all He has for you. I hope this message encourages you to examine your life and get right with the Lord. I hope it puts a fire in you to fully engage in His Word and reminds you to stay focused on Him! I hope it opens your eyes up that the decisions you make today will impact the life you live tomorrow.

“This is why it is so crucial that we be all the more engaged and attentive to the truths that we have heard so that we do not drift off course.” Hebrews 2:1

“Lovers of God hunger after truth, but those without understanding feast on foolishness and don’t even realize it.” Proverbs 15:14