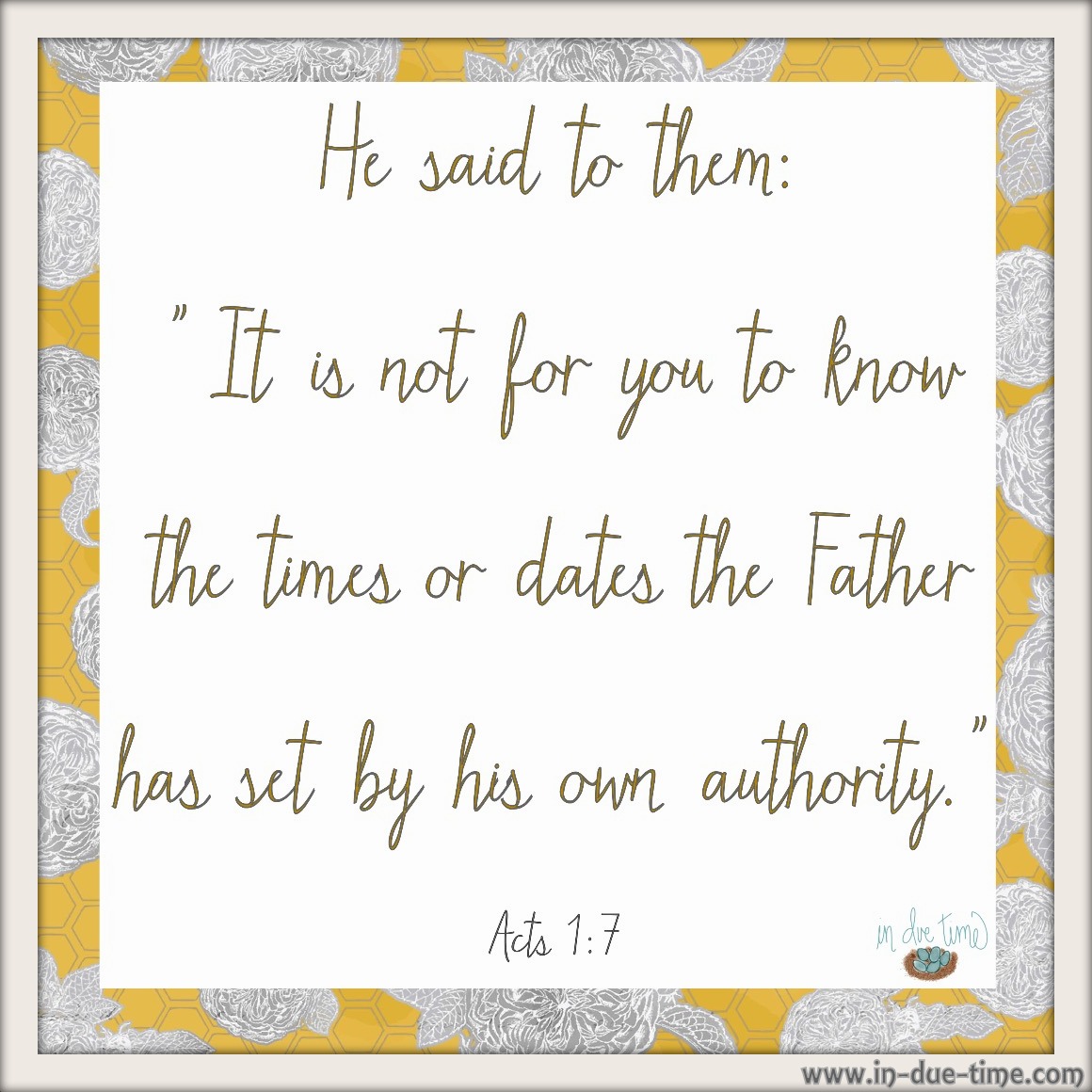 Acts 1 begins with Peter’s ministry. Verse 6 starts off with the disciples wondering about the kingdom, as they often had before. After they asked the Lord when he would restore the kingdom, Jesus replied in Acts 1:7, “It is not for you to know the times or dates the Father has set by his own authority.”

Just as held true in these verses, God still sets the timetable for every event. For just as the heavens are higher than the earth, his ways are higher than yours (Isaiah 55:9). Which means you will never fully be able to understand what he is doing or when he will do it. Can you imagine if you knew God’s every move before he even made it? Then you would be God, right? The purpose isn’t to understand all of God’s ways, but instead he doesn’t give you all the details so you will have to trust him in every situation you face.

I love what the message translation of this verse says, “You don’t get to know the time. Timing is the Father’s business. What you’ll get is the Holy Spirit.” God has empowered you with his Spirit for the wisdom you need to make decisions for the future. The rest is completely up to him.

When the disciples inquired about what the future held, Jesus didn’t rebuke the disciples, but instead told them that it wasn’t for them to know. While there is nothing wrong with wondering when God will make the next move, don’t become impatient. Trust that he knows what he is doing. 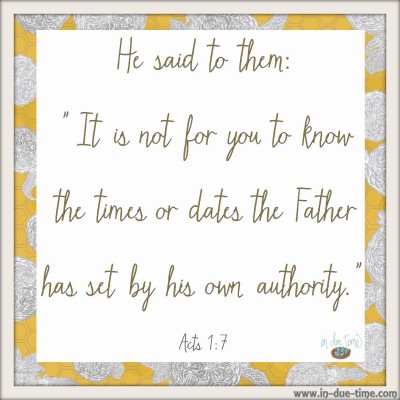