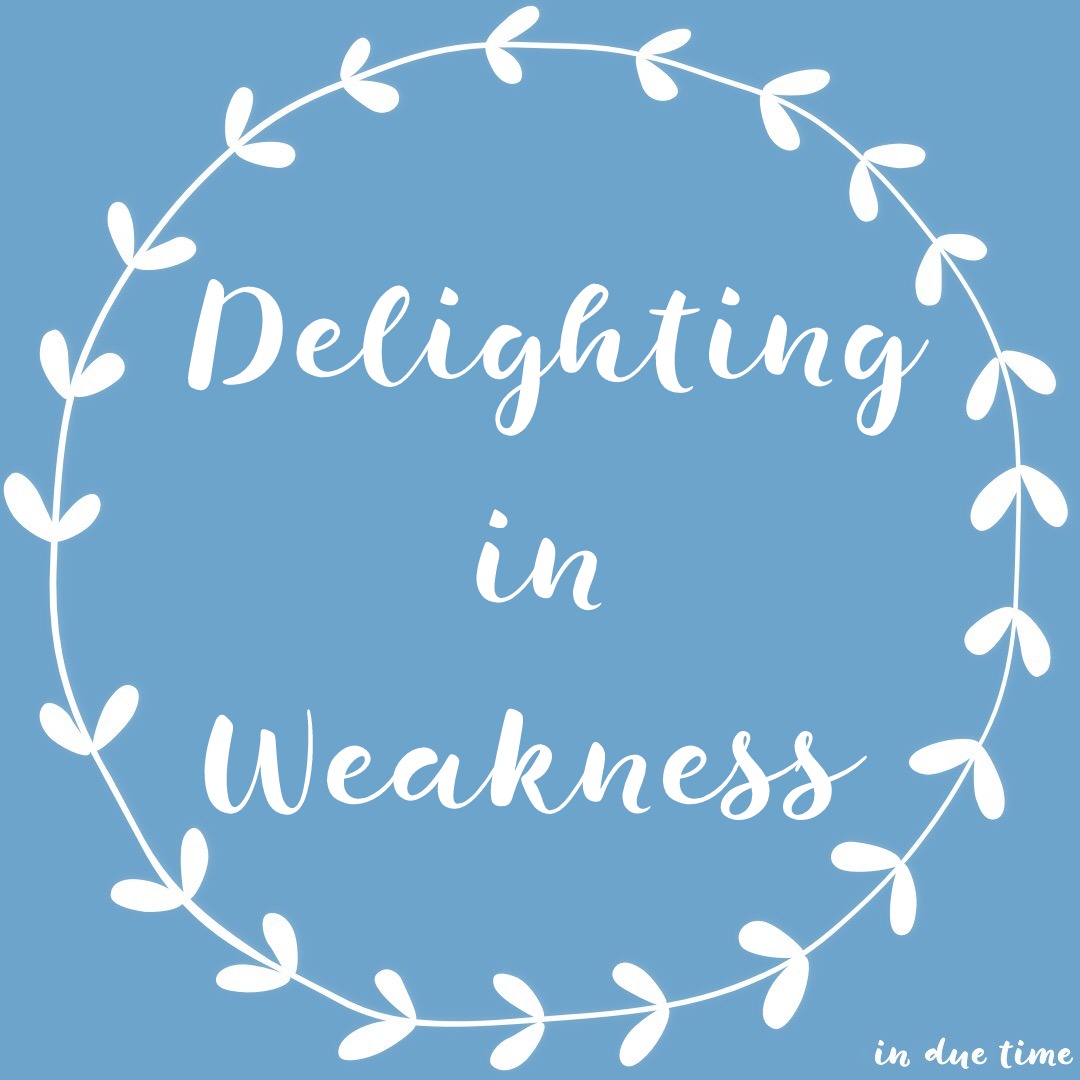 We all have struggles in our life that cause us heartache, pain, grief, sorrow or frustration. It can look different for everyone. Infertility. Cancer. A difficult relationship. Medical problems.

Paul, in scripture, also faced difficulty, which was referenced as a “thorn in his flesh.” 2 Corinthians 12:7-10 says, “Therefore, in order to keep me from becoming conceited, I was given a thorn in my flesh, a messenger of Satan, to torment me. Three times I pleaded with the Lord to take it away from me. But he said to me, “My grace is sufficient for you, for my power is made perfect in weakness.” Therefore I will boast all the more gladly about my weaknesses, so that Christ’s power may rest on me. That is why, for Christ’s sake, I delight in weaknesses, in insults, in hardships, in persecutions, in difficulties. For when I am weak, then I am strong.”

We aren’t quite sure what this thorn was, even though there is speculation of it being a a disease similar to epilepsy or malaria. I love that God doesn’t give the details as to what it might be, because the unknown allows each person facing a difficulty to relate. In this passage, Paul prayed and asked God to take his thorn away. And guess what? God didn’t. Even though this thorn was a hindrance to Paul and he prayed continuously, he didn’t get the answer he wanted. God had two choices: to remove the thorn or to strengthen Paul and he chose to strengthen Paul.

You would think that this unanswered prayer would be the worst-case scenario. After all, Paul was suffering not just physically, but mentally and spiritually too. God chose to respond to Paul much differently than he had asked and gave him the beautiful gift of a promise in the middle of his pain: the promise of God’s grace, God’s power and God’s strength. Paul was completely humbled by this promise and realized that even though he was weak, due to the thorn, he was made strong, because of Christ’s sake. Paul recognized that strength on his own still left him weak, but strength from Christ in his weakness? It was the strongest he would ever be.

What is the “thorn in your side?” If God hasn’t taken the thorn away from you, are you choosing to humble yourself before him as you allow his grace to make you strong in your weaknesses? Just as this passage promised, God’s grace is sufficient for you, his power is made perfect in your weakness, and you can delight in weakness, because when you are weak, you are strong! Allow your thorn to bless you, instead of using it as a reason to curse God. Choose to delight yourself in weakness, no matter what thorn comes your way. 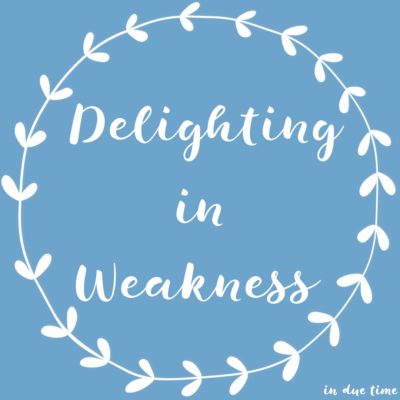