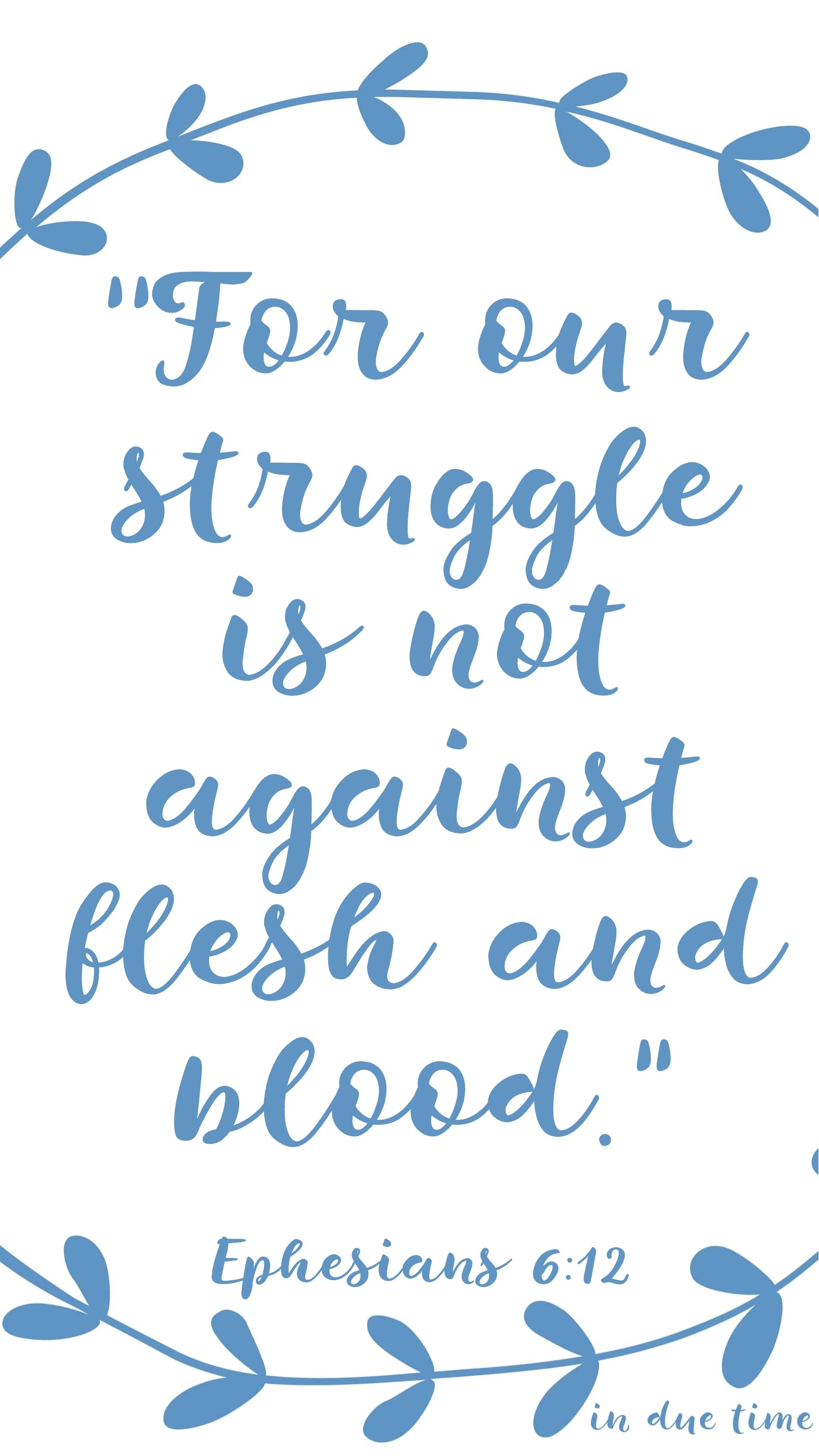 Something every Christian will face is spiritual warfare which is why I have been sharing what the Bible says about it over the past few weeks. Two weeks ago I shared Ephesians 6:10 which talks about receiving strength as you walk in life-union with Christ. Last week I shared about Ephesians 6:11 which talks about putting on the full set of God’s armor and today I want to continue on and share Ephesians 6:12, which says, “For our struggle is not against flesh and blood, but against the rulers, against the authorities, against the powers of this dark world and against the spiritual forces of evil in the heavenly realms.”

Wow! Did you read that? The struggles you face are NOT against flesh and blood. In other words, the battle is never against other people. This one verse should change everything for you. Why? Because when you realize that the battles you face aren’t against other human beings, then you will have a better understanding of how to win a battle. The only way to win a battle is know you who you are fighting and Ephesians 6:12 answers this question with the second half of the verse which says, “against the rulers, against the authorities, against the powers of this dark world and against the spiritual forces of evil in the heavenly realms.”

Spiritual warfare is just that, spiritual, which means in order to win you have to fight the right opponent, which is always the enemy. The enemy is always trying to kill, steal and destroy and he will do whatever it takes to tear Christians apart. However, just as verse 11 suggests, as you put on God’s complete set of armor and partner up with God, you will be protected as you fight against the accuser and you will win every time! It’s time to stop putting your effort into fighting battles against other people because it’s a waste of your time and energy. Instead, do what the Word says and put your efforts into winning the battle against the enemy since you have God’s explosive power which flows in and through you and you are guaranteed to win! 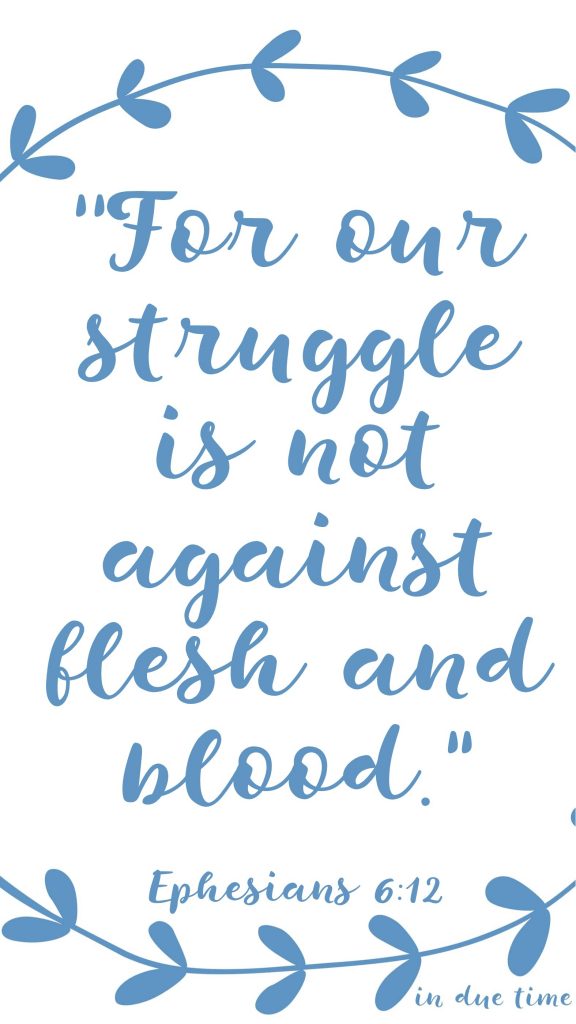