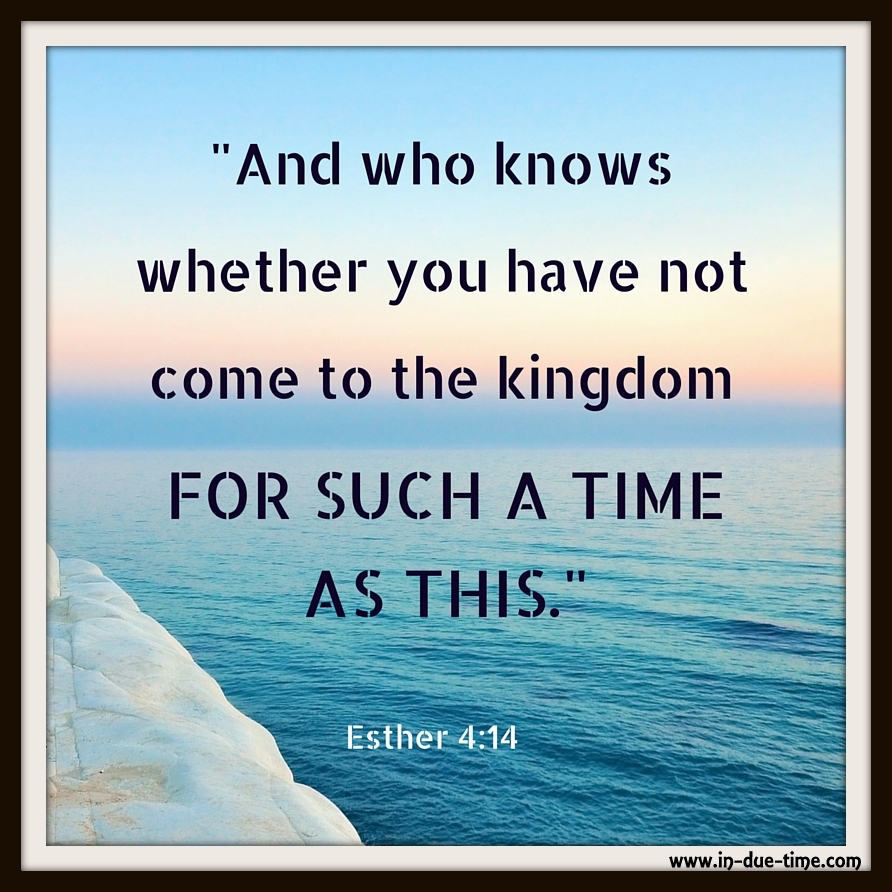 I have good news for you today! God has amazing plans for you and when you are following Him you can trust that He has you right where He wants you. Esther 4:14 says, “And who knows whether you have not come to the kingdom for such a time as this?”

The context of Esther 4:14 takes place when Mordecai reminds Esther that her faith had to be in God, not in herself or anyone else. The Jews would be destroyed, and she had to face the king, but God was with her through everything she was up against.

God created Esther for that specific time and He had her right where He wanted her. Because Esther made the realization that she has purpose, in the following verses she fasted and then went to make a bold appearance before the King. Just as He did for Esther, recognize that God has an ordained and specific purpose over your life. So much so that the NLT translation of this verse says “you were made queen.” You are God’s queen and part of His royal priesthood!

This verse also reminds me of Romans 11:29 which says, “God’s gifts and God’s call are under full warranty – never canceled, never rescinded.” He has an important and specific call over your life and isn’t going to cancel His plans for you.

You were made for such a time as this. He has made you a queen and has given you all authority you need to face every situation that comes your way. Don’t let the time go wasted, but trust God as you seek Him for wisdom and courage. You were made for TODAY! 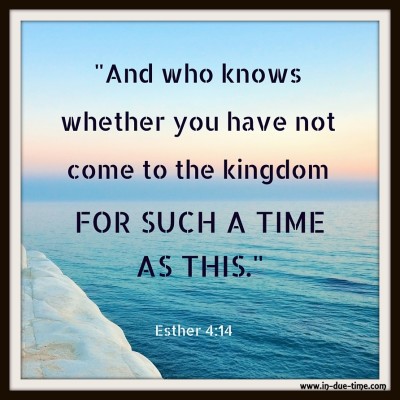 PS. Did you see the $50 giveaway for August Ink? You can enter over on instagram. And, when you shop here and use INDUETIME you will get 15% off your purchase.