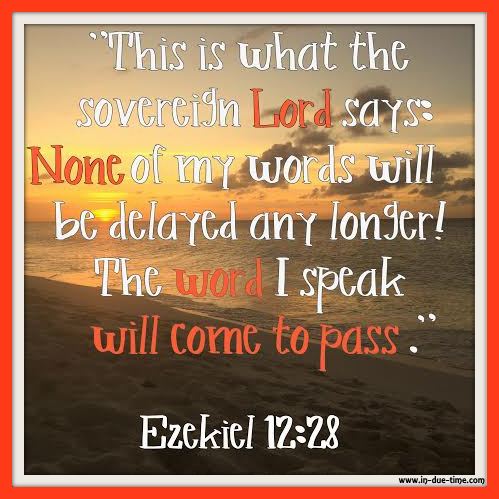 I hope everyone had a good weekend. Can we get a Hallelujah that the Broncos won? Now that I got that out of my system we can move on to the scripture for the week!

In Ezekiel 12, Ezekiel encouraged the people remaining in Jerusalem that they should not trust man, but God. Ezekiel 12:28 says ‘This is what the sovereign LORD says: None of my words will be delayed any longer! The word I speak will come to pass, declares the sovereign LORD.'”

Many of the people refused to listen to the message God had given Ezekiel. They were led by their own skepticism and doubt. Isn’t that the same for all of us? We tend to trust others, google, the doctors, or a friend instead of believing God is who He says He is and will do what He says He will do. We trust our own doubts and fear instead of the creator and Father of the world?

No matter what God says, His Words are true. Whether it’s a scripture or a promise He has given you recently, His Word never returns void. Everything that He has said will happen. There is no ‘ifs’ or ‘buts’ about it. What He has spoken will come forth in His perfect timing and there won’t be any delay. His sovereignty continues to rule and reign and nothing can stop His promises from coming forth in the name of Jesus.

Continue to believe His Word, trust His Sovereignty, and know that His promises won’t be delayed. What He says, He will fulfill. 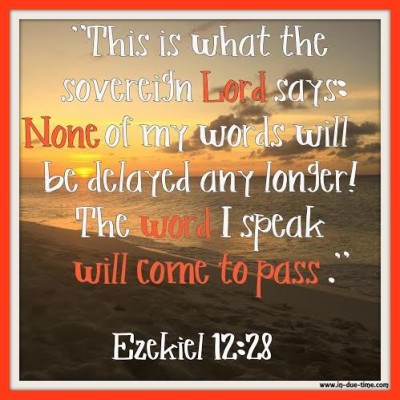