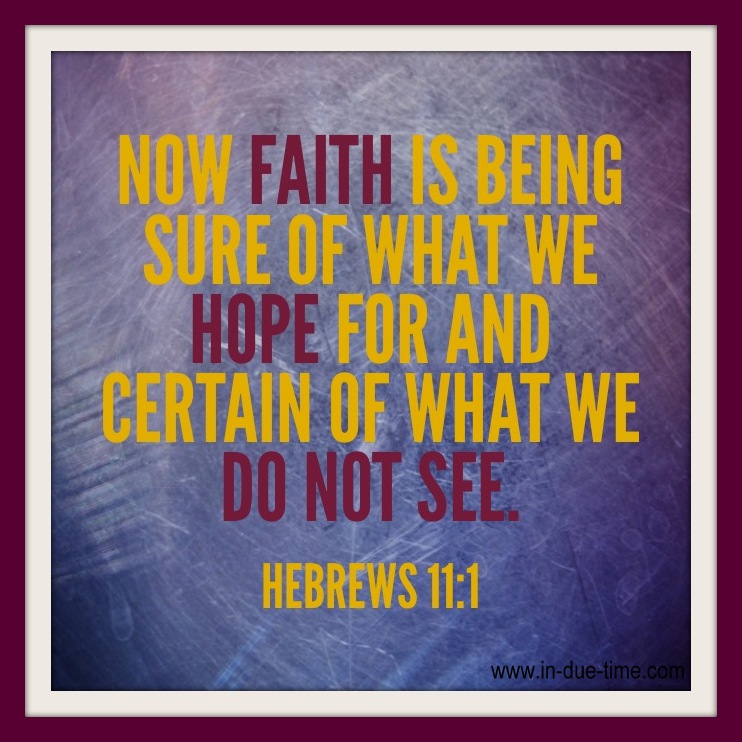 If you were asked to rate yourself in having faith for whatever you are waiting for, what would you say on a faith scale from 1-10? Do you think those around you and the Lord know you as a person of great faith? Faith is defined in Hebrews 11:1 as the assurance of things hoped for, the conviction of things not seen.

Craig Groeschel spoke about this topic in his sermon where he addressed 3 Principles of Faith:

1. You cannot play it safe and please God. Hebrews 11:6 tells us that without faith it is impossible to please God. It’s not always easy, but the only way to please God is to get out of your comfort zone and take steps of faith. Don’t let your fear of failure keep you from taking a step of faith. It’s not always going to make sense. Actually, most of the time it won’t make sense, but you have to step out of the boat, just like Peter did, to find out what He has in store for you.

2. As long as you have a guarantee, you don’t have faith. When we can see something or know when something is going to happen it isn’t called faith. Faith is all about believing in the unseen. It’s so easy to want to control our situations. We want to know everything, but knowing all the whens and whys isn’t faith. Faith is when we don’t know why and we believe anyway. When we live by faith, it’s relying on God’s word and His character, instead of what all of our natural circumstances are dictating. You can have faith or you can have control, but you can’t have both.

3. To step toward your destiny, you have to step away from your security. Hebrews 11:8 says “By faith Abraham, when called to go to a place he would later receive as his inheritance, obeyed and went, even though he did not know where he was going.” How many of us feel like we don’t know where we are going? When you are called out upon the waves will you obey and go, just like Abraham did? The purpose of taking a step of faith isn’t for the outcome you want, but it’s trusting the faithfulness of God despite your circumstances around you.

I’ll be honest – our journey doesn’t make much sense to me. I’m not sure why the Lord has called us to wait. I don’t know why we have been told not to pursue fertility treatments or adoption or not even track/chart. But, what I do know is that our faith in Him is what He desires. Just like Abraham, He wants us to obey and wait even when we don’t understand.

What great faith steps are you taking? Would God be amazed at your lack of faith or amazed by your great faith? I want it to be the latter! Join me in having great faith in our Lord! Have assurance of things hoped for, even though they can’t yet be seen. 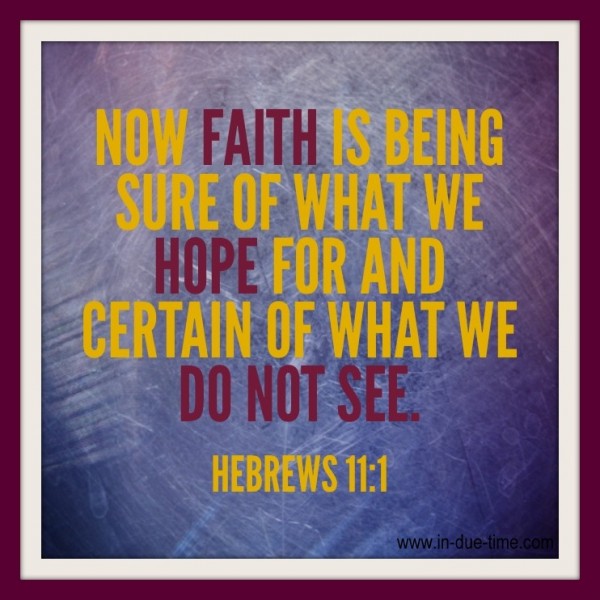