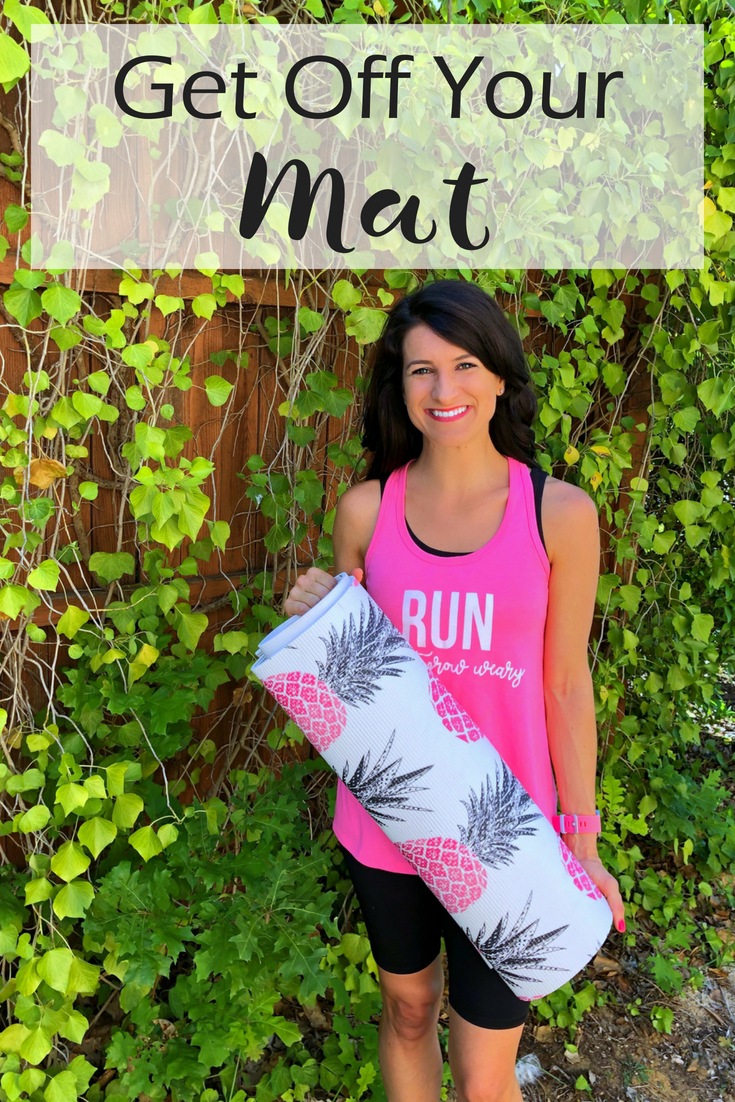 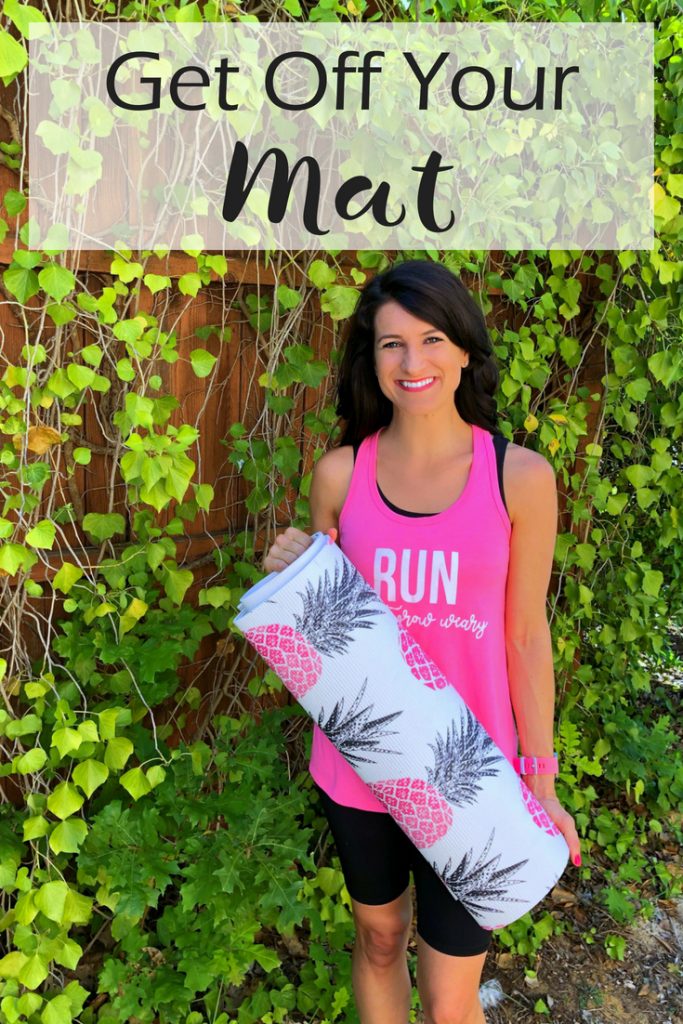 I can’t even tell you how excited I am for what I am about to share today. Do you remember the Heaven Come conference I went to at the beginning of the month? Well I heard quite possibly one of the best sermons ever preached. I am sure I have said that about many sermons along the way, but I can’t speak enough about a message Christine Caine spoke called, Get Off Your Mat.

This sermon was absolutely fire and it’s a message everyone needs to hear. I’m going to be really honest and tell you that I think this sermon is spot on for the fertility community. Of course it goes way beyond just those desiring to be mothers, but whew. This message so summarizes what I see day-in and day-out from those who are trying to conceive.

Regardless of if you are a part of the fertility community or not, this sermon will apply to you if:

You have been facing a sickness or illness for any amount of time.

You see yourself as a victim.

If you have had the same issue for a long time.

You have forgotten who you are.

You are part of a community that has built a culture around an issue more than Christ.

Your identity is in your problem and not in Christ.

You would rather be enabled, comforted or accepted in your current state rather than changed. 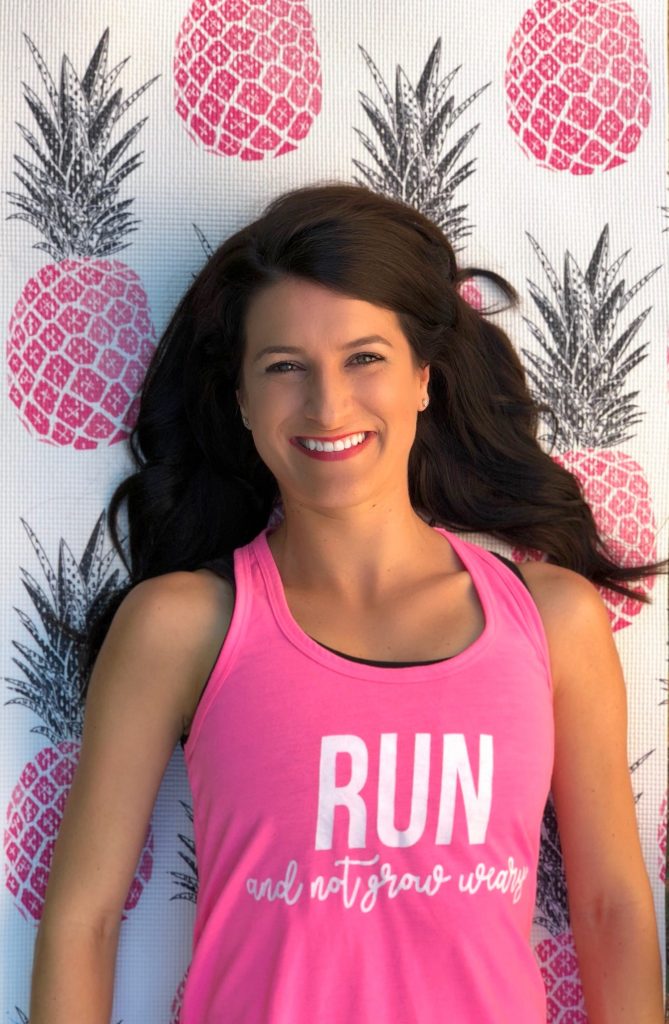 Can you relate? Let me just say, every person needs to listen to this sermon! Every single person. I am going to very briefly summarize it, but I am pretty sure nothing I can say will do it justice. You just must go and listen, which you can do below. But first:

The context of this sermon is taken from John 5:1-15, which says, “Some time later, Jesus went up to Jerusalem for one of the Jewish festivals. Now there is in Jerusalem near the Sheep Gate a pool, which in Aramaic is called Bethesda and which is surrounded by five covered colonnades. Here a great number of disabled people used to lie—the blind, the lame, the paralyzed.  One who was there had been an invalid for thirty-eight years. When Jesus saw him lying there and learned that he had been in this condition for a long time, he asked him, “Do you want to get well?” “Sir,” the invalid replied, “I have no one to help me into the pool when the water is stirred. While I am trying to get in, someone else goes down ahead of me.”Then Jesus said to him, “Get up! Pick up your mat and walk.” At once the man was cured; he picked up his mat and walked. The day on which this took place was a Sabbath, and so the Jewish leaders said to the man who had been healed, “It is the Sabbath; the law forbids you to carry your mat.” But he replied, “The man who made me well said to me, ‘Pick up your mat and walk.’ ” So they asked him, “Who is this fellow who told you to pick it up and walk?” The man who was healed had no idea who it was, for Jesus had slipped away into the crowd that was there. Later Jesus found him at the temple and said to him, “See, you are well again. Stop sinning or something worse may happen to you.” The man went away and told the Jewish leaders that it was Jesus who had made him well.”

In this passage Jesus goes to the pool at Bethesda, which was surrounded by many disabled people. One in particular was a man who was lying by the pool for 38 years. Can you imagine living with the same sickness for 38 years? Many of you probably can because some of you have or perhaps you currently are.

Jesus approaches this man and asks, “do you want to be healed?” This man’s response makes me cringe. Instead of screaming and shouting, “yes,” he says, “Sir,” the invalid replied, “I have no one to help me into the pool when the water is stirred. While I am trying to get in, someone else goes down ahead of me.” John 5:7

Are you kidding me! That verse makes me want to bang my head on the wall. Basically his response is how most people react today which is instead of taking responsibility for their actions and receiving their healing by faith they choose to blame someone else.

Can I just repeat what just happened? A man was laying on his mat for 38 years and when Jesus comes and asks if he wants to be healed the man responds that not only is he not sure how he is going to get to the pool, but people are getting in the pool before him. The reality? Many Christians are operating just like this man. They are lying on their mat. They have succumbed to their issue. And they are so rooted in their issue that they can’t imagine what it would be like to be healed. Why? Because it would take moving on from the familiar. It would take letting go of labels. It would take forgiving people. It would take moving on from their past. And it would take responsibility!

My guess is that those who are currently on their mat probably have other people on their mat with them too. In other words, much like the fertility community, the culture can quickly become more dangerous than the disease when a group of people decide to lay on their mat together.

Moving on… after the sick man replies that he can’t do it on his own, Jesus responds with,“Get up! Pick up your mat and walk.” John 5:8

Sure enough you know what happened? The man was healed! If only it hadn’t taken 38 years! And then what happens is the same thing that happens around many healings and miracles today and that is that the religious people were more concerned about the rule, since it was the Sabbath, than the actual healing. Can you relate to that to? I love what Christine Caine says in the sermon, “religious people don’t like miracles.” 38 years of sickness, a healing happens, and then people were too concerned about the day of the week it happened on. This causes me to bang my head some more.

Okay enough of me writing, because no words on this can quite describe the message conveyed by Christine Caine. By the time you are finished with this sermon, I hope you too will choose to get off your MAT! And when you get off your mat? Your whole perspective will shift because when you change your posture, your perspective changes too! 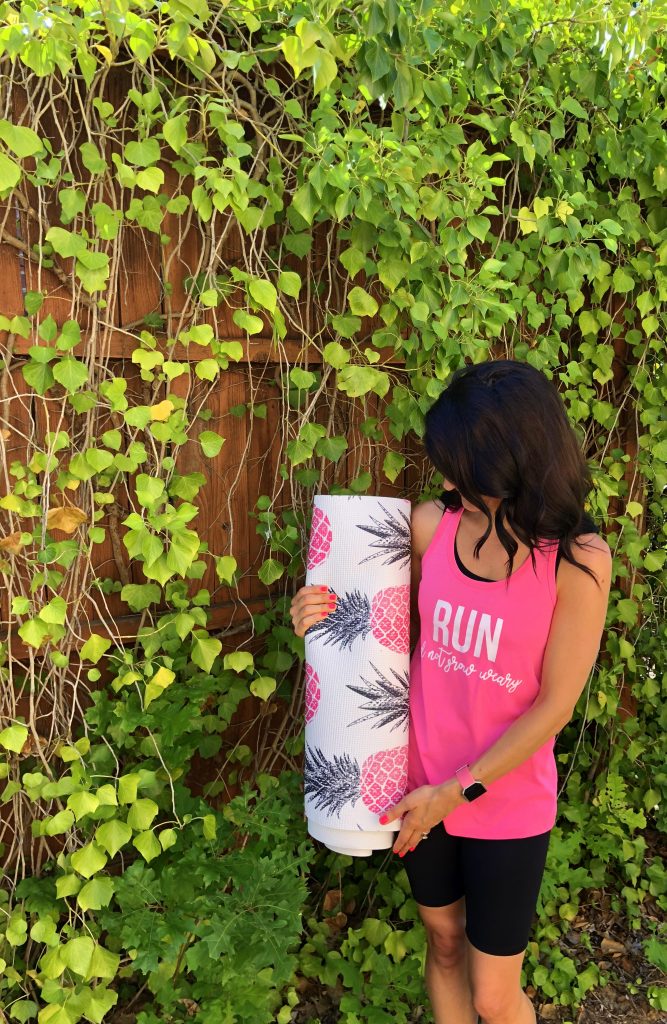