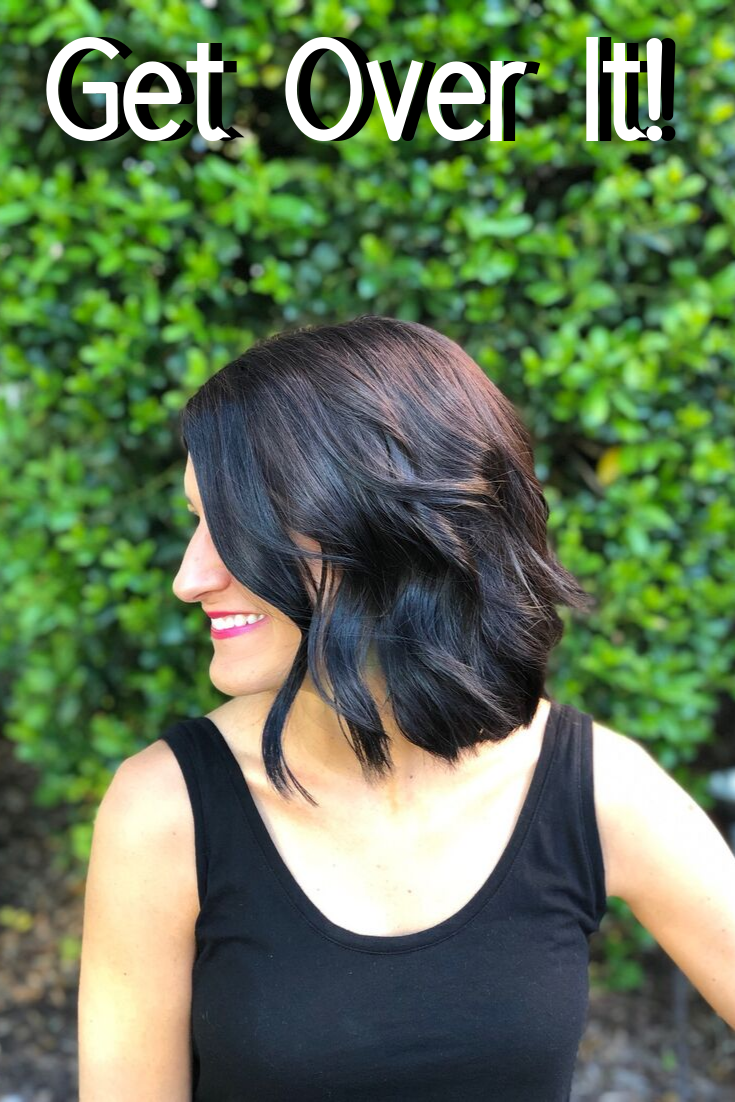 Last year at the Heaven Come Conference, Christine Caine preached one of the most relevant messages, called “Get Off Your Mat.” If you haven’t yet, read the post I recapped of the message here and make sure to listen to the message too. This year at Heaven Come, Robert Madu preached a message called, “Get Over It.” It was just as impactful and powerful as Christine Caine’s message last year.

When he shared the title at the beginning of his message, Get Over It, I knew it was going to be powerful, but all I can say is Wow!

He covered a topic I have shared about several times on this blog before: offense.

It’s one every single person, including you, can relate to, right?

Now I am going to go ahead and say, nothing I put in text here will do even the slightest justice for this message, so please make sure to take time to listen to it yourself. Even though I realize these notes aren’t as powerful, I wanted to set the stage and share a few things on the topic of offense.

We live in a day where people become offended with every thing. The little things and the big things. It actually really grieves my heart to think of the offended state people are living in, including Christians.

As Robert said in his message, being offended has become a constitutional right for people. People actually think it’s their right to become offended. Sickening right?

The truth is offenses are going to happen. Scripture says in Luke 17:1 that they will. But I love that in Robert’s “Get Over It” message he broke down the difference between an offense, which is an event of something that happened and the act of becoming offended, which he pointed out is a reaction and therefore a decision.

You and I will face offenses. I can think of a handful just in the last week that I have come up against. But living offended? That is a choice and a decision one makes.

I want you to chew on this for a second: Your level of offendability is a direct indication of your spiritual maturity.

Wow! Isn’t that so true? We as Christians should be the least offended people around! I wonder if you and I realized how dangerous living offended is, if we would continue to be so quick to take offense? What if we realized that our miracles were on the other side of our offenses, just as we see in Matthew 15.

The message Robert preached was taken from Matthew 15:21-28 which says, “Then Jesus left and went north into the non-Jewish region of Lebanon. He encountered there a Canaanite woman who screamed out to him, “Lord, Son of David, show mercy to me! My daughter is horribly afflicted by a demon that torments her.” But Jesus never answered her. So his disciples said to him, “Why do you ignore this woman who is crying out to us?” Jesus said, “I’ve only been sent to the lost sheep of Israel.” But she came and bowed down before him and said, “Lord, help me! Jesus responded, “It’s not right for a man to take bread from his children and throw it out to the dogs.”“You’re right, Lord,” she replied. “But even puppies get to eat the crumbs that fall from the prince’s table.” Then Jesus answered her, “Dear woman, your faith is strong! What you desire will be done for you.” And at that very moment, her daughter was instantly set free from demonic torment.”

In this passage, this woman had every right to be offended. I mean at one point Jesus never even answered her. But the choice she made is a direct reflection of Matthew 11:6 which says, “blessed is the one who is not offended by me.”

Because of the woman’s choice not to become offended she received her miracle, which was the punch line to the message he shared. What if you realized your miracle was on the other side of your offense? What if like this woman, you did not become offended with God or the people around you?

After watching the full message, because like I said, this blog post doesn’t even skim the surface of how powerful it was, I encourage you to reflect on these questions Robert asked: What is your current level of offendability? How much does it take for you to get offended? What offense are you currently holding onto that you need to let go of?

PS. After you listen, I would love to hear your thoughts!

Did you see I launched a podcast? A Cup Full of Hope Podcast is now available for you to listen to!
Have you picked up a copy of my book? Buy In Due Time, a 60-day devotional for hope + encouragement in the waiting.
I created a group on facebook as an extension of my book + blog to discuss anything + everything. Women only! Come join us!
{Let’s Connect} Facebook • Instagram • Bloglovin • Pinterest • Twitter