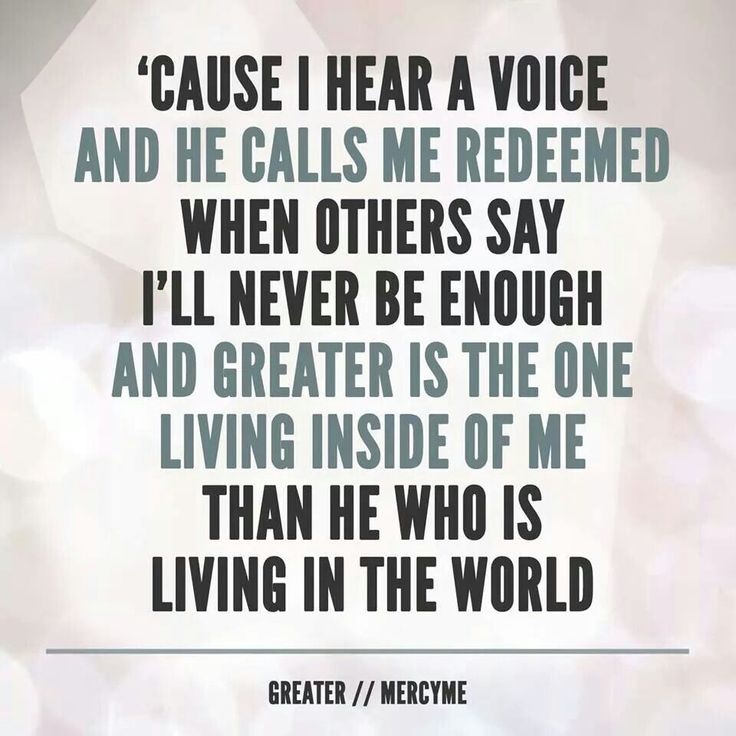 Colby and I went to Harvest America this past Sunday night which was live in Dallas and broadcast nationwide. Thanks to some friends, we got awesome seats and got to hear one of our favorite bands live, For King and Country. Mercy Me and Phil Wickham also played.

I posted one of Mercy Me’s songs, The Hurt & the Healer last year. Well recently I have been listening to one of their newer songs, Greater, on repeat. Mercy Me played it live Sunday night and it gave me such a new meaning after seeing the lyrics on screen.

No matter what we face, God is greater. He desires for us to bring our doubts, fears, hurt, tears, shame, guilt, and pain to Him. Our identity isn’t based on any of those things, but based on what He calls us – redeemed. I hope you enjoy this song as much as I have! 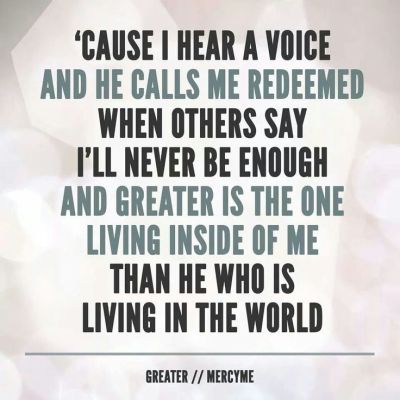