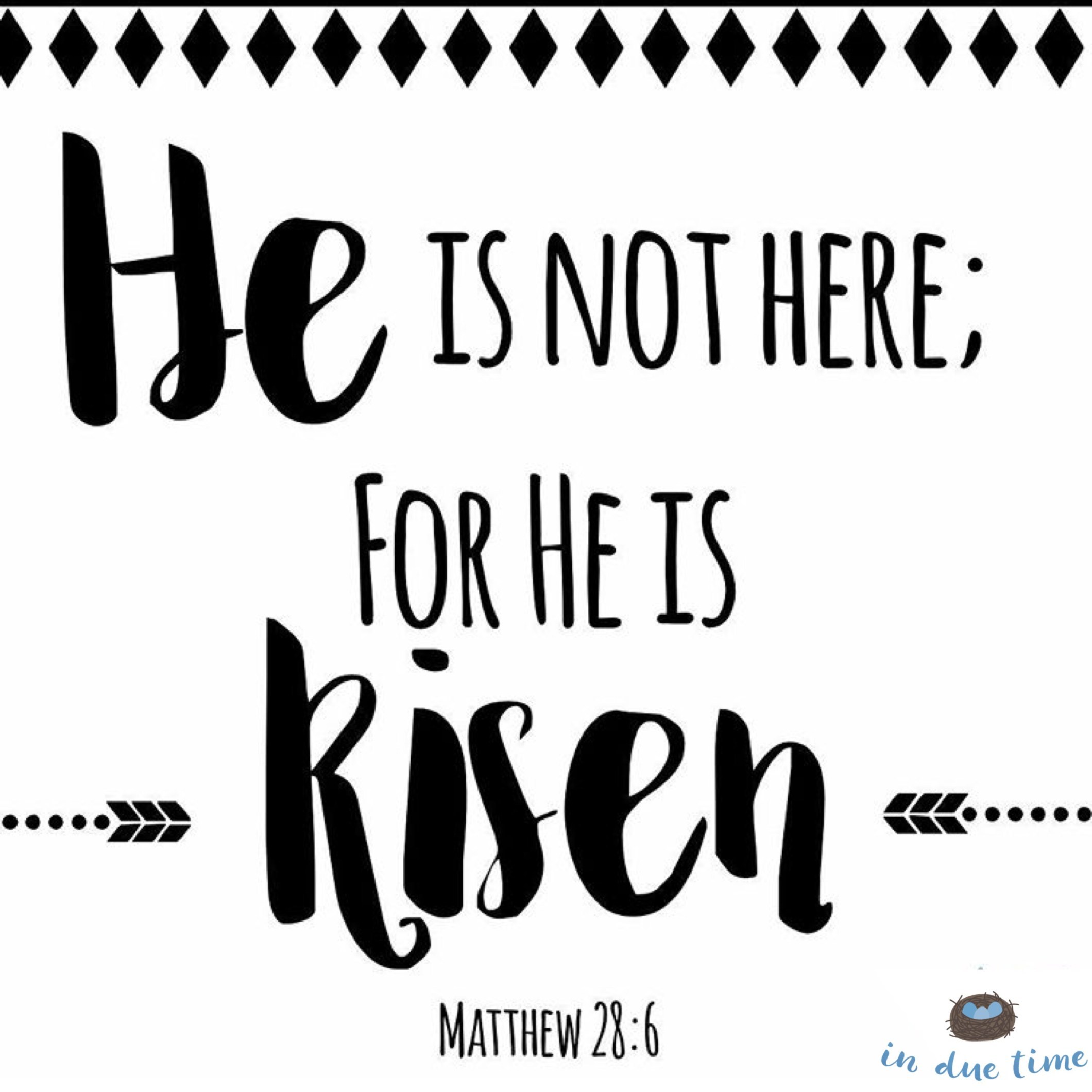 Sunday is HERE! Our King is RISEN! Jesus was beaten, crucified and buried but the story doesn’t end there. On the third day, just as He said, he was RISEN. The tomb was empty. He was no where to be found. What looked like the greatest defeat turned out to be the greatest history!

This one day changed everything forever. Everything! Isn’t it so powerful to think about? Satan was defeated. Your sin was forgiven. Death was swallowed up. “He personally carried our sins in his body on the cross so that we can be dead to sin and live for what is right. By his wounds you are healed” 1 Peter 2:24. 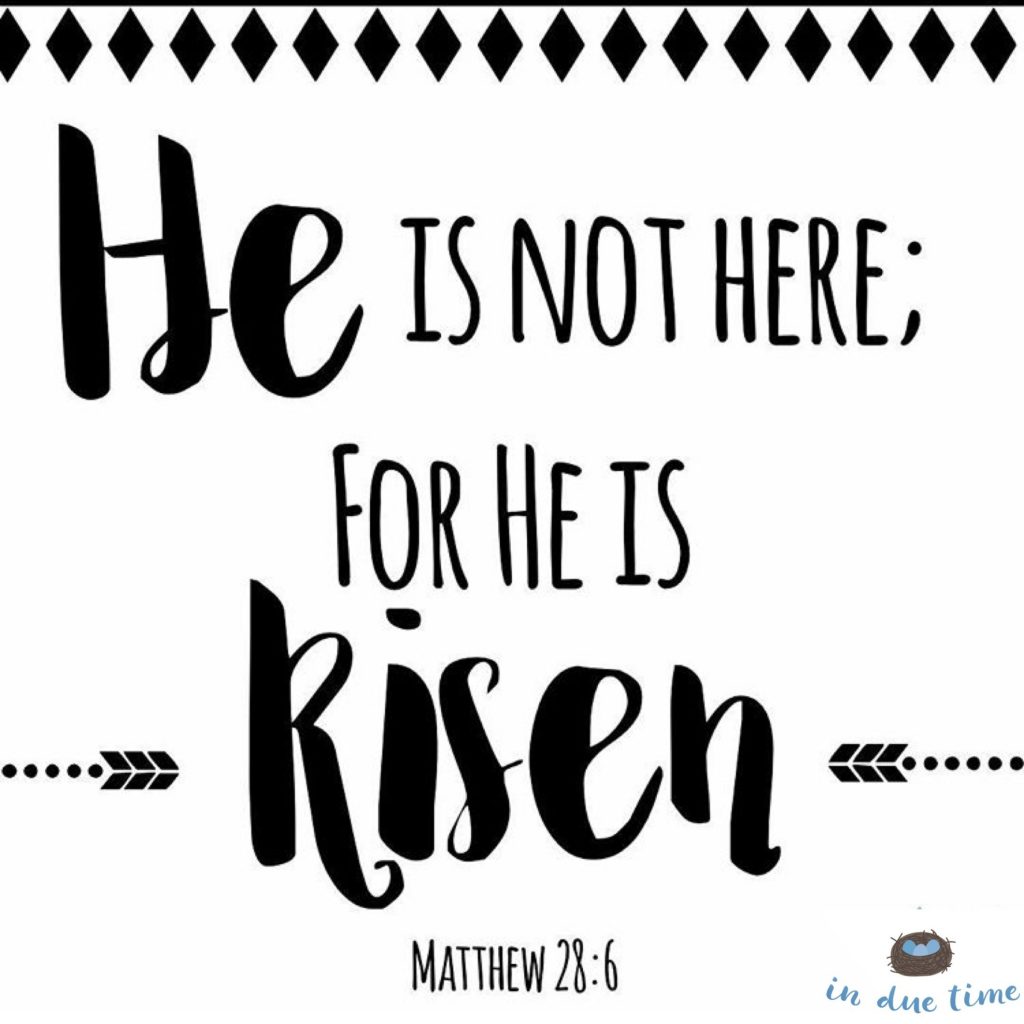