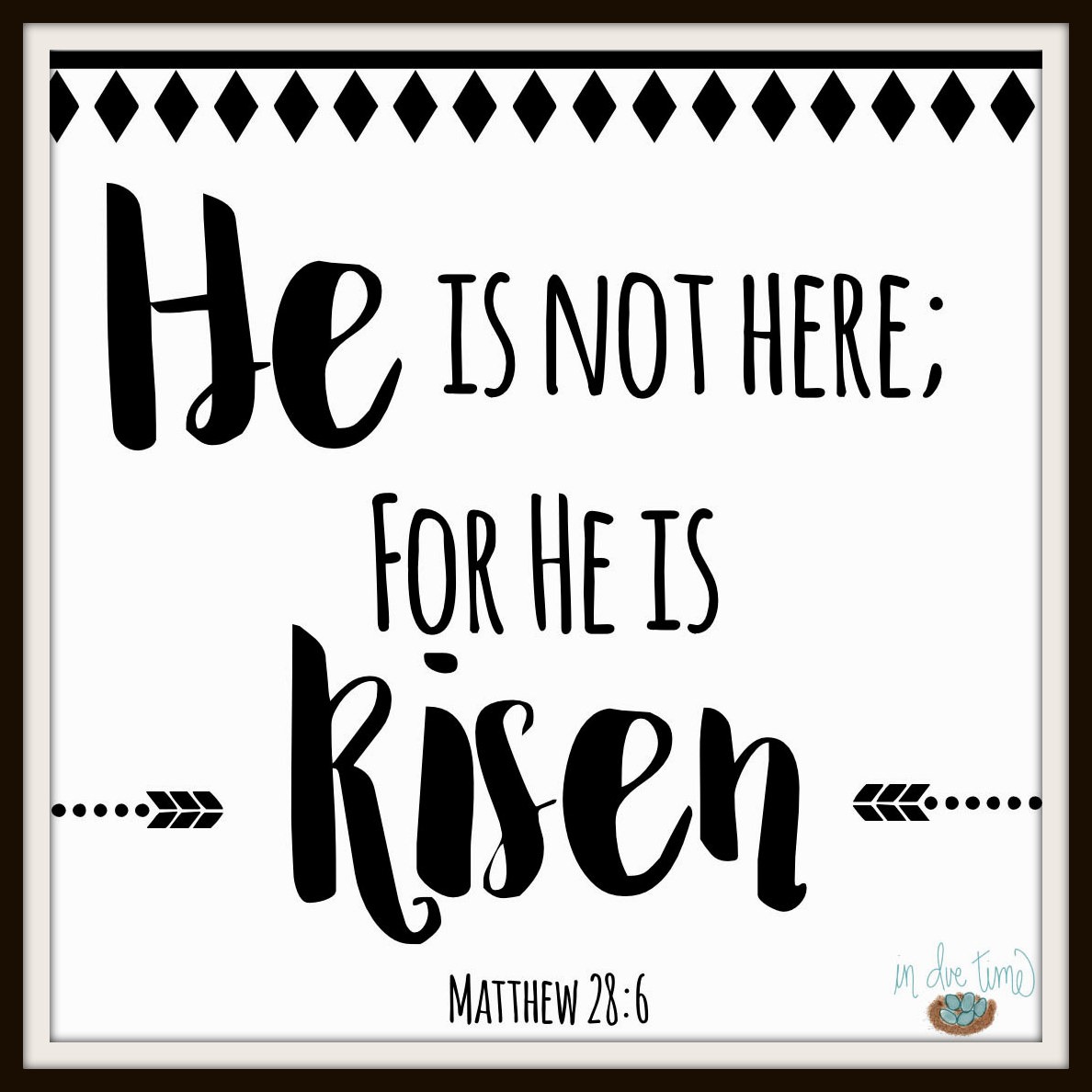 Sunday is HERE! Today, and every day, is when we celebrate the resurrection of Jesus Christ. He was beaten, He was crucified, He was buried. But, the story doesn’t end there. On the third day, just as He said, He was raised. The tomb was empty. He was no where to be found.

God loves you so much that He sent His one and only son to die for your sins. Jesus died for you and He died for me. He has offered you new life. Jesus said, “I am the resurrection and the life. The one who believes in me will live, even though they die; and whoever lives by believing in me will never die. Do you believe this?” John 11:25-26 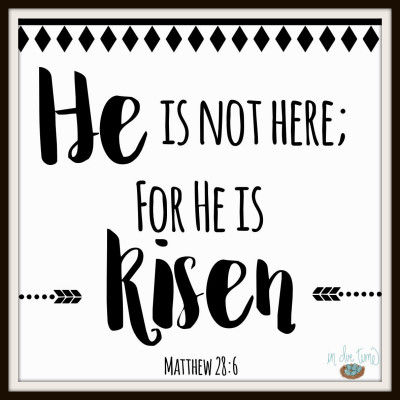