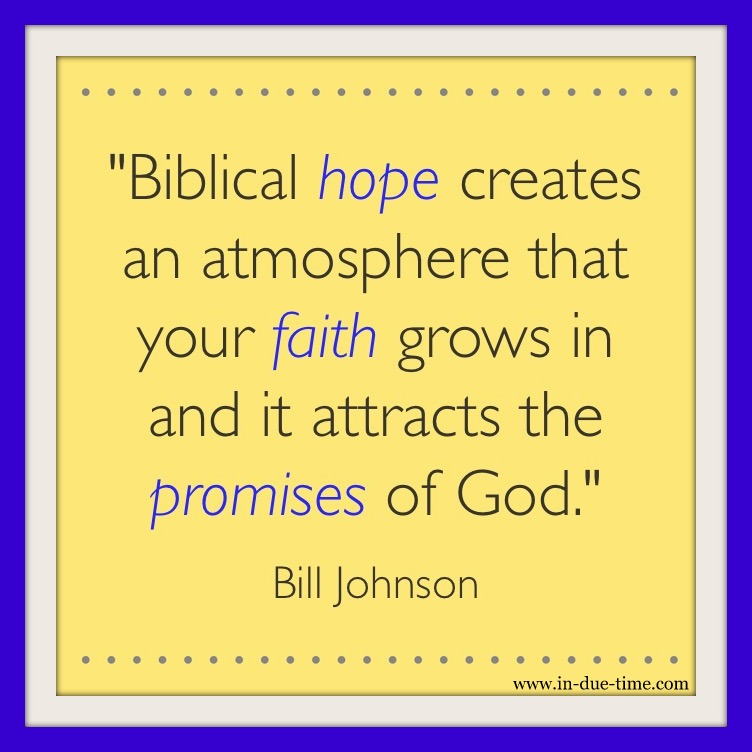 How can I not love a sermon that has the words hope, womb, and legacy in the title? I knew this was going to be a powerful message by Bill Johnson just by reading the title (and for the same fact that ALL his messages are powerful).

There is a huge difference between the hope of this world or ‘cultural’ hope and biblical hope. So many people put their hope in this world only to be disappointed. The term hope is used to them as an ‘I wish for something to happen’…… Someone might wish for a spouse, a win from their favorite football team, a free vacation, no traffic during their commute, etc.

Biblical hope is totally different. Biblical hope is the joyful anticipation of something good. It’s a hope that has you at the edge of your seat waiting for what you are hoping for. You know what is coming your way and for that reason you can hope expectantly. Biblical hope creates an atmosphere that your faith grows in and it attracts the promises of God.

I recently decided to read Romans 4 every day. It’s brought so many new revelations and I have been loving the message version, “Abraham was first named ‘’father’’ and then became a father because he dared to trust God to do what only God could do: raise the dead to life, with a word make something out of nothing. When everything was hopeless, Abraham believed anyway, deciding not to live not on the basis of what he saw he couldn’t do but on what God said he would do.” – Romans 4:17-18

If that verse doesn’t stop you in your tracks, I encourage you to read it and reflect it on it again. Read verses 17-25 and let it penetrate your heart like it has mine. Verse 24 says, “Abraham plunged into the promise and came up strong, ready for God, sure that God would make good on what he has said.” The same thing gets said about us when we embrace and believe the One who brought Jesus to life when the conditions were equally hopeless.

When everything was hopeless, Abraham believed anyway. The Lord wants more Abraham’s. He wants you and I to believe that what He says, He will do. He calls us to hope against hopelessness and trust that He can make something out of nothing.

Isn’t it incredible to think about all the years that Abraham waited and the legacy that came from Him (including you and me) because of the hope he had in the Lord? This isn’t just about initial breakthrough for babies (or whatever you are hoping for), but for a lifetime legacy that will follow.

Just like Abraham, your legacy is birthed out of hope. Hope creates the atmosphere of legacy. Hebrews 6:12 says that, “abiding faith attracts the promise of faith”. Remember, we are talking about divine hope. Natural hope can’t be kept alive – it’s relying on the world, but when we hold onto the word of God – we have a well of hope. When we put our hope in Christ, an atmosphere of overcoming the impossible is released.

Hopelessness must die. Let hope rise up and allow the Lord to create a legacy from your story of hope. 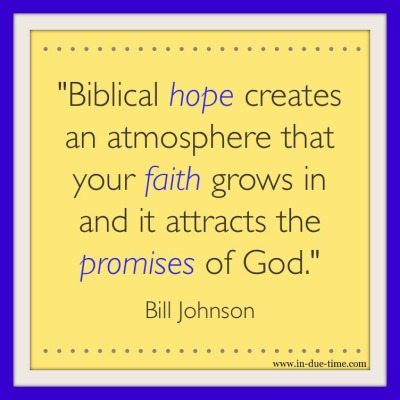