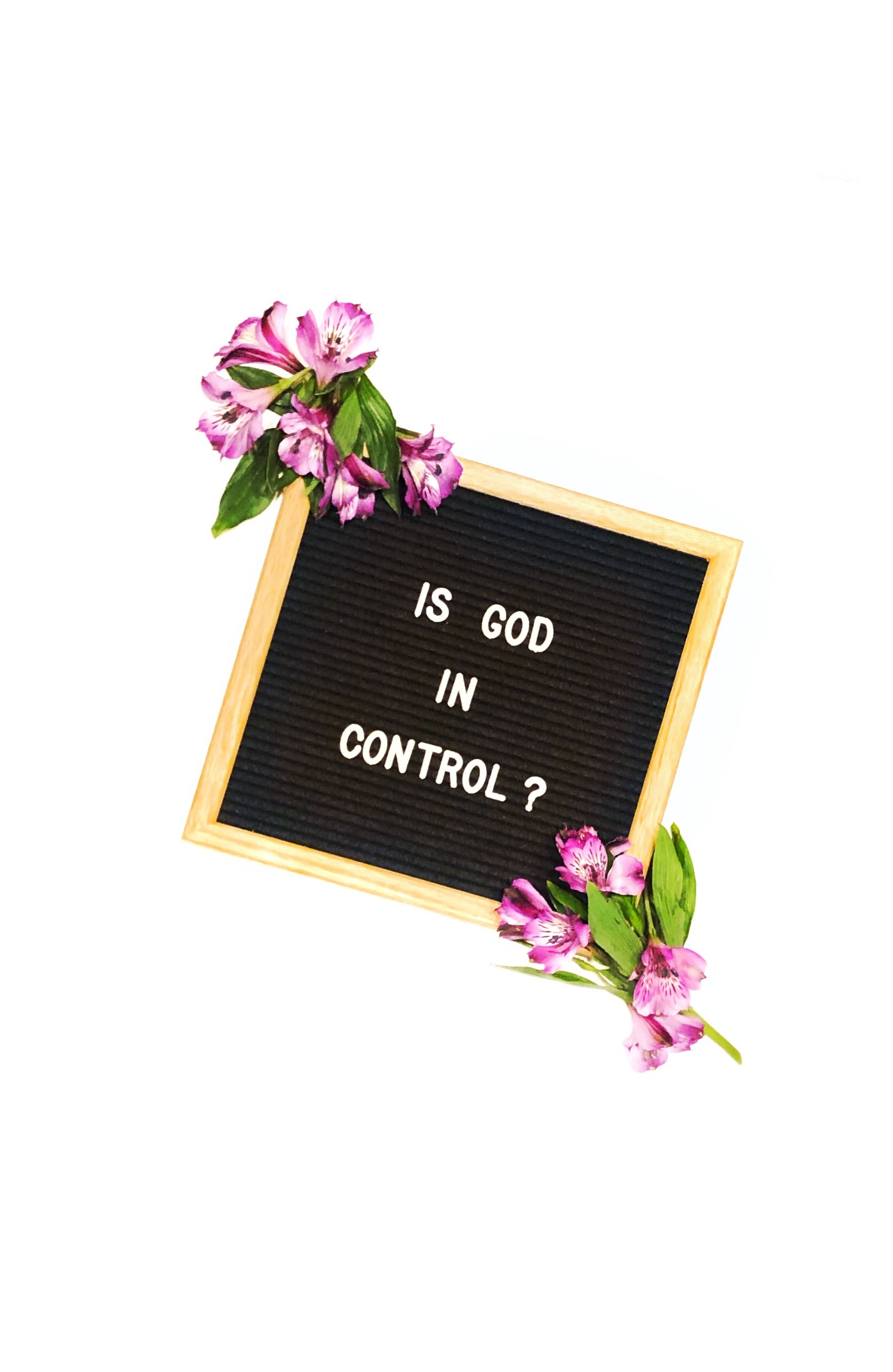 Is God In Control?

How many times have you heard, “God is in control?” It’s a statement we have all heard many times, along with many others:

Everything happens for a reason

God won’t give you more than you can handle

Without realizing it, these statements are damaging and are causing much more harm than good, which is why I want to cover the topic today.

Before I answer, “Is God in control?” I want to first go back to a very similar, yet foundational principle, God’s Sovereignty, which I addressed here. I encourage you to read the whole post, but to quickly recap, sovereignty in the dictionary is defined as follows: 1. Paramount; supreme. 2. Having supreme rank or power. 3. Independent: a sovereign state. 4. Excellent. If you use this correct definition, then yes, God is sovereign. The problem is most people incorrectly define sovereignty and therefore also believe God controls everything.

Let’s look at a few examples of why the phrase “God is in control” makes absolutely zero sense:

If God is in control, then why do people go to the doctor when they are sick?

If God is in control, then why do people go to a counselor when they are facing marriage problems?

If God is in control, then why do people pray?

If God is in control, then why would anyone be interested in having a relationship with him?

Let me also say, if God is in control then He would be a murderer, a thief, a liar, a burglar, abusive, manipulative and a destroyer, among many other awful things. Most control is actually a form of abuse. Basically what some people accuse God of any earthly parent would be in jail for. Yikes!

Before moving forward I want to again reiterate, I am not diminishing God’s power or the fact that He is supreme and holds the whole world in his hands. What I am saying is that He does not control everything. If He did, then every decision would be made for you and it’s obviously not.

I want to share an example in hopes that it will help. I founded a non-profit called Moms in the Making, which means I also hold the highest rank and if you define sovereignty in the correct way, I am also sovereign over all of it. However, I have no control over the leaders of the group. Because I love each person involved and want the best for them, I have given them authority to lead their groups and provided policies and guidelines that I recommend they adhere to and follow, but at the end of the day, each person is in control of themselves. Makes sense, right?

What wouldn’t make sense is for the members or leaders to throw their hands up in the air when they are facing a frustrating situation and say “well Caroline is in control.” That is a lie and in the end just promotes passivity. The facts are that each leader and member is in control of their own life. As much as they might want to blame me for things and become a victim to the policies and guidelines, the reality is they have authority and free-will within the group. It would be very unhealthy if I tried to control any of them because control is the exact opposite of love. Love doesn’t control, but it does give a choice.

While yes God is definitely highest in rank and over you, He is not controlling you like puppets because that violates His original plan and Word. Instead, your heavenly Father loves you so much that He sent his son to die for you so you could enter into a relationship with Him. In addition, He has given you His Word and Holy Spirit to help guide you and direct you so you could use the authority given to you to make the best decisions for yourself. And He so desires that you choose to follow him and follow the guidelines He has provided. Why? Because He is a loving Father who wants nothing but the very best for you.

Do you now see why this statement makes no sense? If you are someone who feels like God is distant or there is a barrier between you and him, perhaps it’s due to wrong thinking on this topic. The good news is today is a good day to renew your mind with truth. You do not have a distant God who is causing bad things to happen and controlling you like a puppet. Instead you have a near Father who loves you so much He sent his son to die for you and gave you a life of authority, freedom and free-will. Hallelujah!

Let’s stop using statements like “God is in control” or “everything happens for a reason” as a method to blame God instead of taking responsibility. Let’s stop promoting passivity and instead use the authority we have been given. And let’s hold each other accountable to live by the Word of God, not made up statements that sound warm and fuzzy and bring temporary comfort and relief in the middle if a difficult season. Let’s also thank God for his loving, kind and tender-heart towards his children and celebrate that He loves us so much that He is not a God who controls. 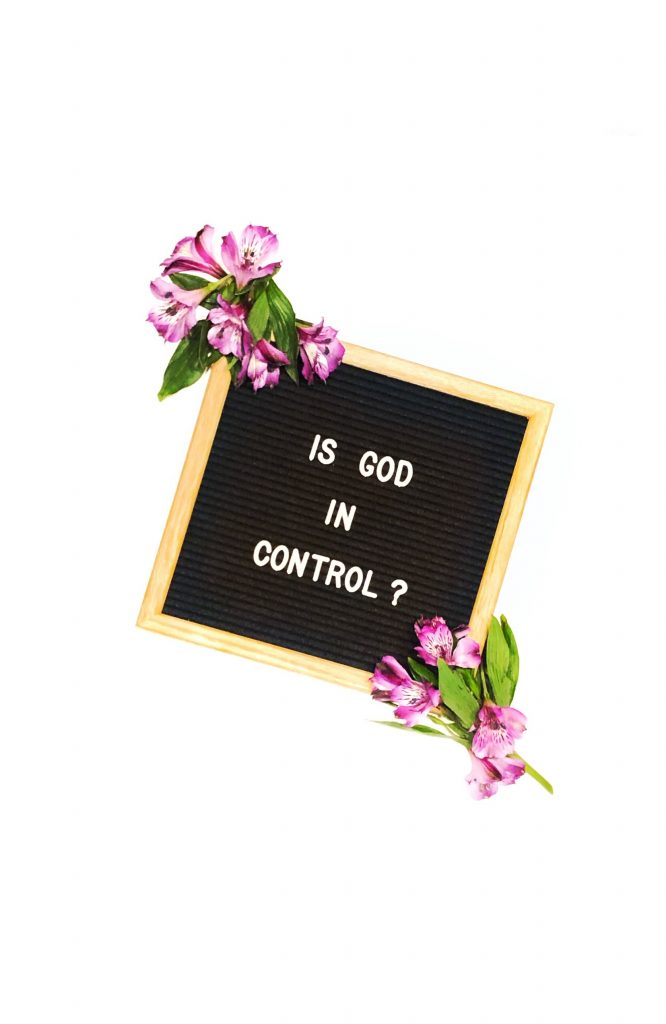