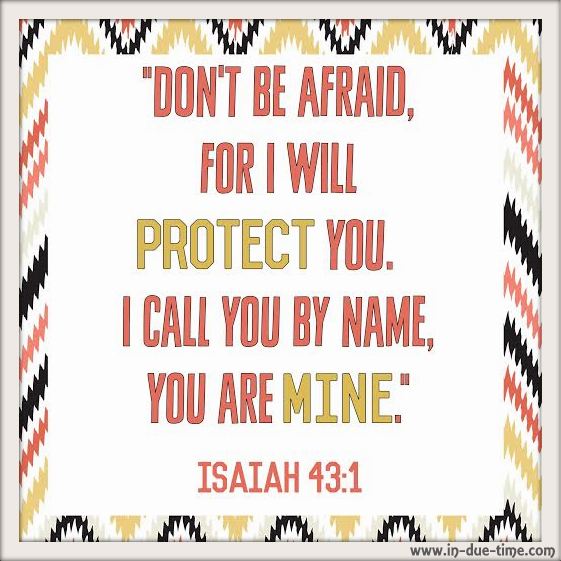 I’ll be honest, I usually skip over Isaiah 43:1 and go straight to verse Isaiah 43:2, which has helped me so much in this season of waiting. But, Isaiah 43:1 is so powerful. It says, “Now, this is what the LORD says, the one who created you, O Jacob, and formed you, O Israel: “Don’t be afraid, for I will protect you. I call you by name, you are mine.”

This is a direct word from the Lord. He is the one who created you and he is speaking this verse to you and about you. He has declared to you that you have nothing to be afraid of because he will protect you. He has given you this promise to cling to. God doesn’t want you to focus on the overwhelming situation in front of you, but he wants you to focus on him as the amazing and miraculous heavenly father that he is.

God calls you by name and he has declared that you are his. Several translations of this verse say, “I have redeemed you.” God didn’t pay the price for redemption for you to live in fear or bondage. He redeemed you to protect you and make you his.

There is nothing that will ever stop God from calling you by name. He will protect you. He will redeem you. He will forgive you. He will heal you. He will carry you though. Live the abundant life that he desires you to live: one without fear and without bondage. Rest in the fact that you are 100% a child of the King. 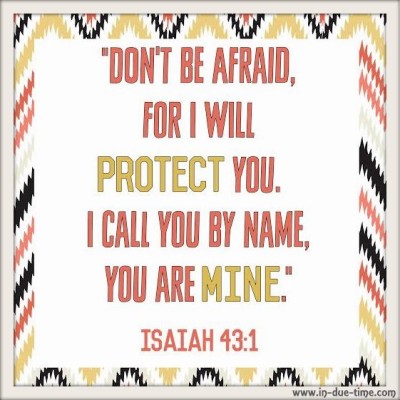