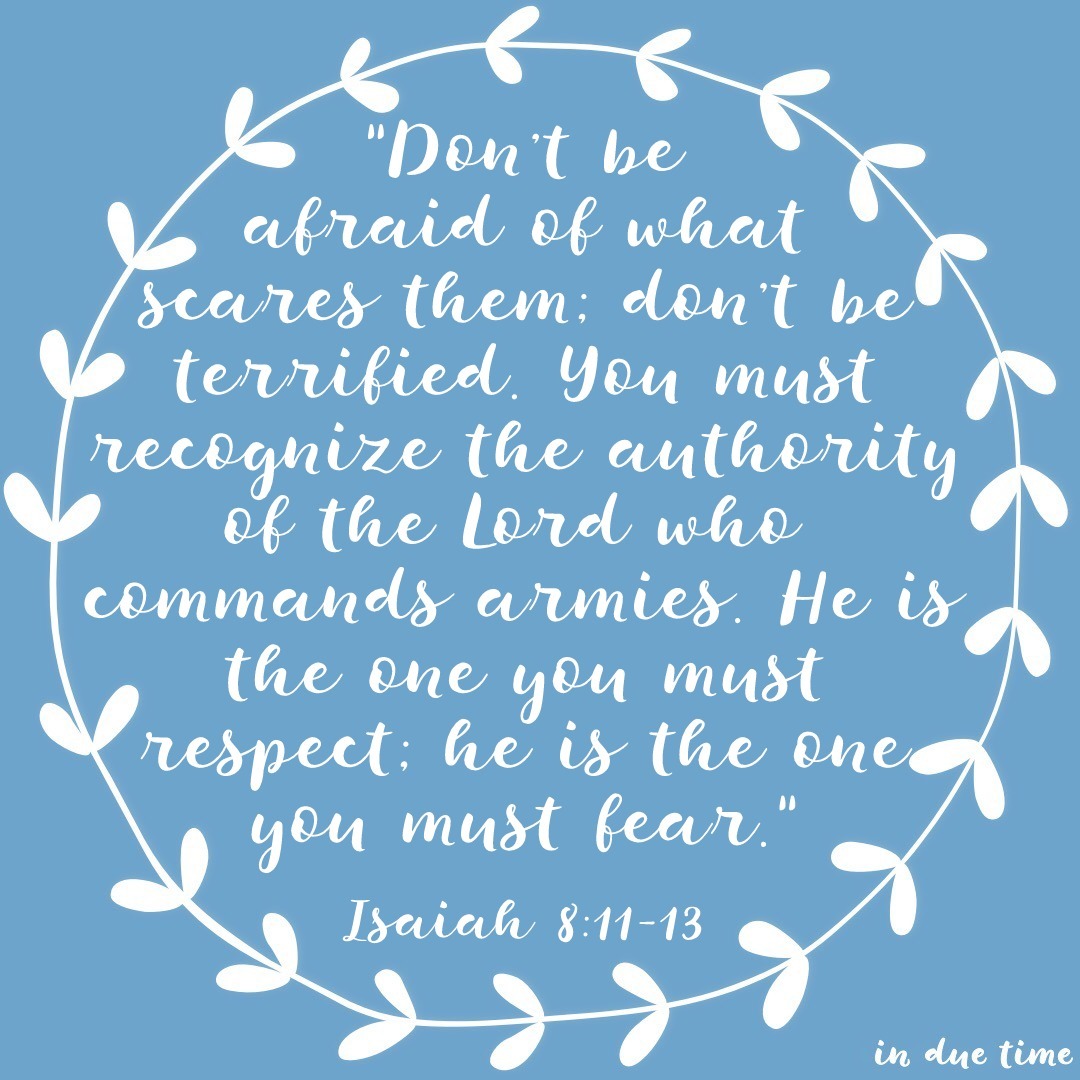 I attended a conference at our church this past weekend and Sheila Walsh was the speaker. She started by acknowledging the hard week our country was having and shared this verse which I thought was so powerful. Isaiah 8:11-13 says, “Indeed this is what the Lord told me. He took hold of me firmly and warned me not to act like these people: ‘Do not say, “Conspiracy,” every time these people say the word. Don’t be afraid of what scares them; don’t be terrified. You must recognize the authority of the Lord who commands armies. He is the one you must respect; he is the one you must fear.'”

Even though our country seems to be facing a lot of fear and turmoil, this is nothing new. Isaiah 8 references the affliction Judah was facing too. Isaiah and all the people in Judah were facing big giants which in turn brought on a lot of fear. They too were believing a “conspiracy” much like many are believing today about the president-elect. But, the Lord had a message for the people. He told them that they had nothing to fear.

The Lord is telling you this very same thing today. “Don’t be afraid; don’t be terrified.” Instead you are to recognize that the Lord has ALL authority. He doesn’t want you to put your fear in earthly people or things, but he wants you to respect and fear him.

Verse 14 goes on to say that the Lord will “become our sanctuary.” God should always be your place of protection. Don’t believe what the media and everyone around you is saying. Respect that God is still on the throne and knows what he is doing and trust him to be your safe place and sanctuary. 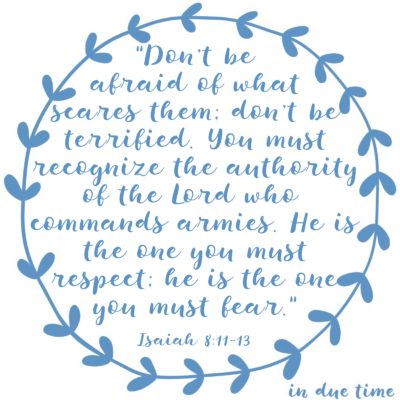 Order In Due Time Devotional Today!