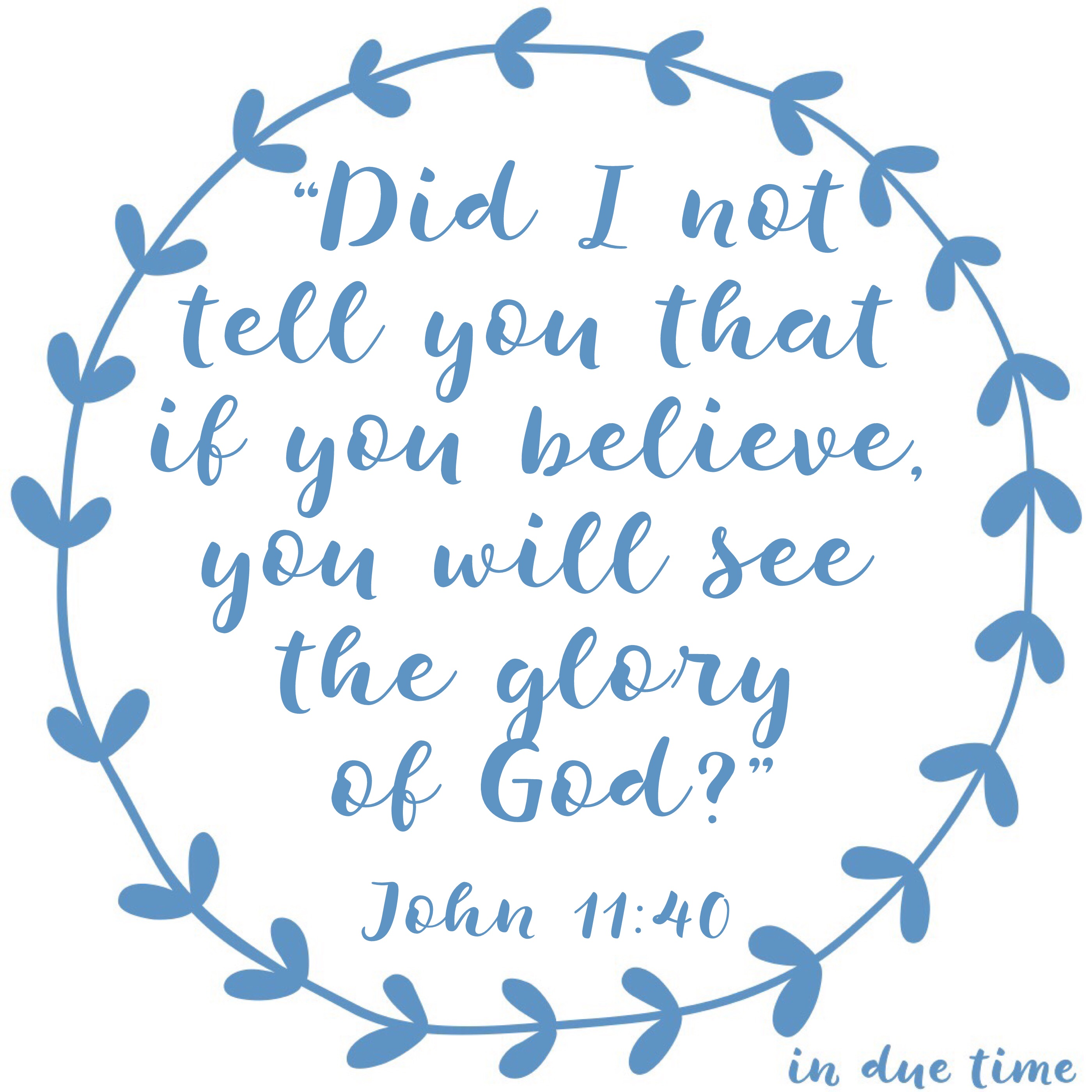 So many who face trials use them as an opportunity to blame God, grumble or become impatient. Many think that trials are punishment from God and unfortunately so many decide to give up on their faith altogether. But in John 11, when Lazarus got sick, Jesus responded to Mary and Martha with “This sickness will not end in death. No, it is for God’s glory so that God’s Son may be glorified through it” John 11:4. Lazarus’ death would become an occasion to show God’s glory.

When Jesus responded in verse 4, Lazarus was already dead, but Jesus knew what the end result would be – that Lazarus would live. God already knows how and when your trial will end. And, if you allow it, it will have the same outcome as the story of Lazarus; God will be glorified.

As the story goes on, in John 11:15 Jesus says, “You’re about to be given new grounds for believing. Now let’s go to him.”  Sometimes God let’s your situations, which looks like death, hit rock bottom so that your faith can grow. Through all of John 11, faith was building in Mary and Martha. Even though they couldn’t see the bigger picture, they believed. Doesn’t the same hold true for you? Even though you don’t know all the details, God will carry you through.

What did Jesus say right before Lazarus rose?“Did I not tell you that if you believe, you will see the glory of God?” John 11:40. Again Jesus brought up that his glory would be revealed if they had faith. Even though God will choose when and how to deliver you, it’s up to you to seek him in the waiting. Jesus didn’t need the faith of Mary and Martha to perform the miracle, but had they not had faith, then they would have never seen God’s glory. The miracle would have been just as amazing, but they would have missed out on the opportunity of believing in God and seeing him fulfill his promises. 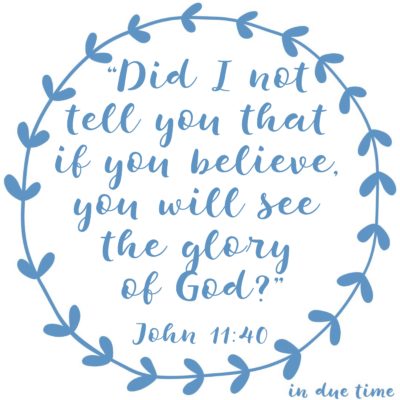