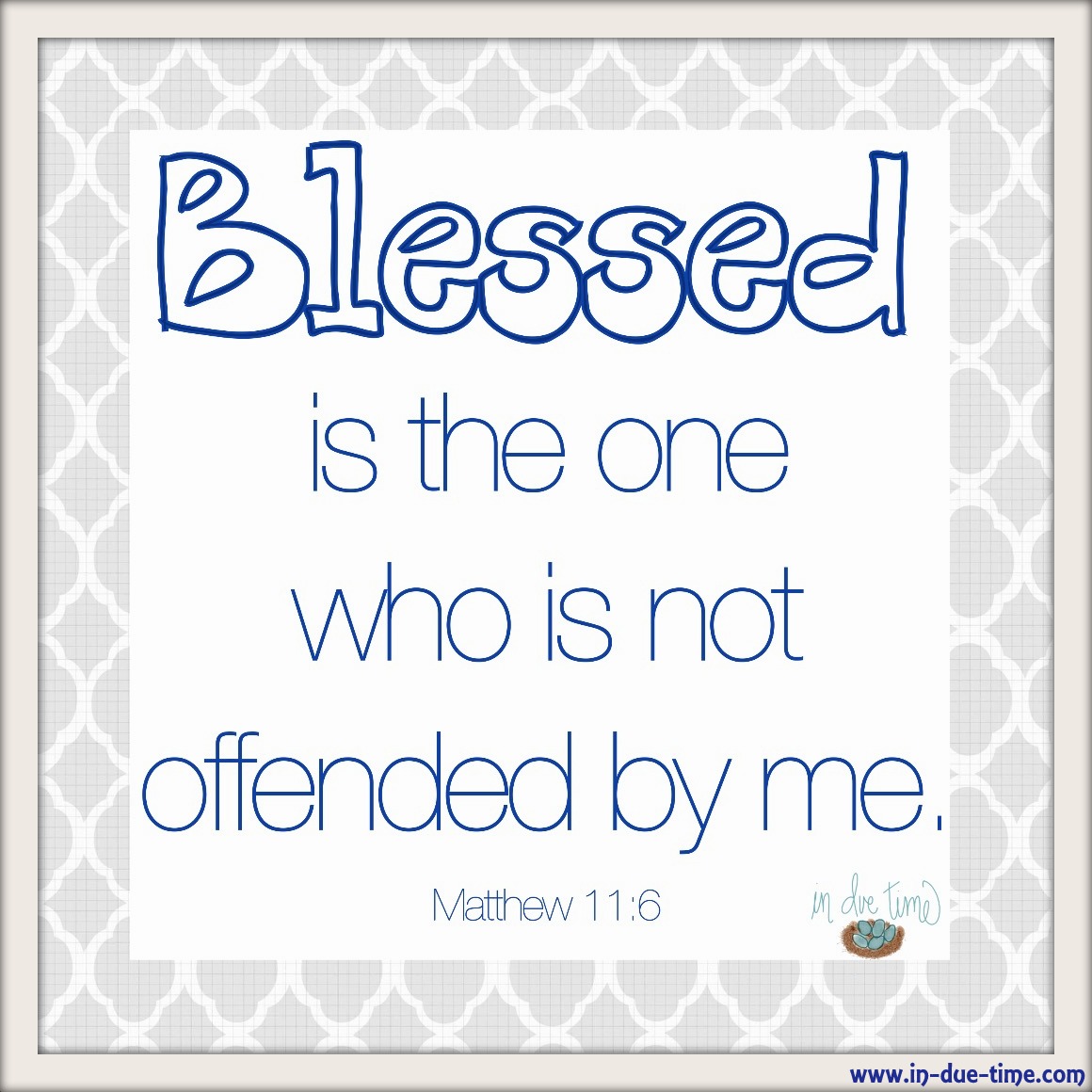 I have shared about the spirit of offense several times on this blog including encouragement to be unoffendable and how I have been dealing with my own emotions of being offended with God. Clearly based on what the Lord is teaching me I should have shared Matthew 11:6 a long time ago which says, “Blessed is the one who is not offended by me.”

The context of this scripture takes place when John was in prison. John asked in Matthew 11:3, “Are you the one who was to come, or should we expect someone else?” John doubted what God was doing, so much so that Jesus told the disciples to go to John and recount all the miracles Jesus had done.

Have you ever doubted God like John did? Do you wonder, if God is good how there can be evil in this world? Or maybe you wonder why you could be going through such a hard time in your life? John was probably wondering the same thing. Why would he be in prison if Jesus was who he said he was? But what did Jesus do when John approached him with the question mentioned earlier? Jesus pointed to the evidence. He shared that he had healed the blind, healed the sick, raised the dead, and preached to the poor.

Jesus’s very instruction was that the man who does not become offended is blessed. Blessed! Every day you and I have an opportunity to become offended at God and at other people. But when we choose the higher route we become BLESSED! If you have become offended with God, recount every good thing he has done for you. Don’t let offense be an option, but turn to Christ as you reflect on scripture as well as all the blessings in your life. 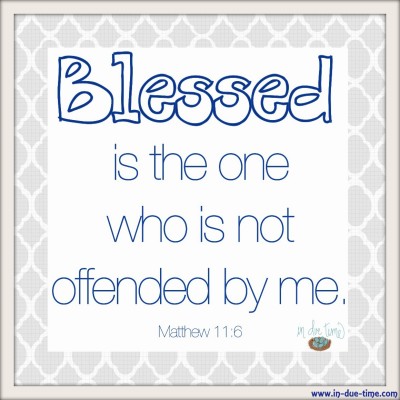