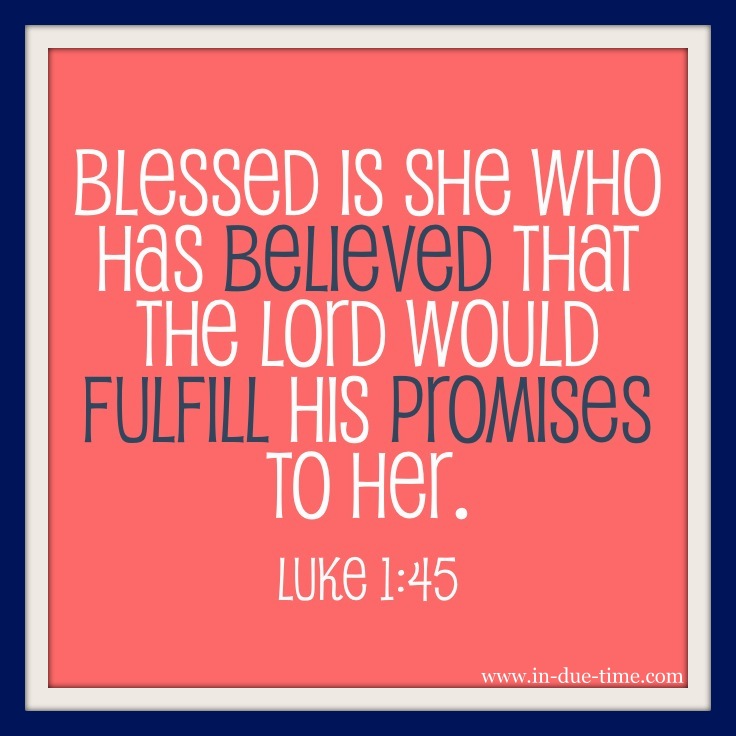 Luke 1 is such a powerful chapter that I’m only able to skim the surface today. Between the miracles of God, the prophetic words spoken, and the power of community between Elizabeth and Mary there is so much to reflect on. God worked in several impossible situations to bring life. Elizabeth was barren due to old age. But, in Luke 1:17 Gabriel told her that her promised son would “make ready a people prepared for the Lord”. Elizabeth held onto this prophetic word and believed it.

In verse 18-20, Zechariah is questioning the angel how they can be sure they will be parents. I love the angels response, “my words will come true at their proper time”. Isn’t God always on time? He never delays!

The context of Luke 1:45, which says “Blessed is she who has believed that the Lord would fulfill his promises to her”  takes place when Mary makes a visit to Elizabeth. Just like Mary and Elizabeth, God’s promises to us shouldn’t leave us wavering. Despite how impossible His promises seem, we are called to act on those promises – to take a leap of faith and believe that what He has spoken He will do. Those who believe that God will fulfill His promises are blessed.

I love that verse 46 moves on to Mary and Elizabeth praising God. Shouldn’t we always be in that state? Singing a neverending song of praise for who He is and what He has done. While we are waiting for the promise to be fulfilled don’t grumble and complain, but thank him in advance for what He is going to do. 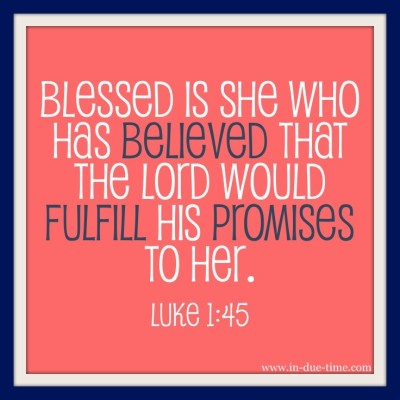