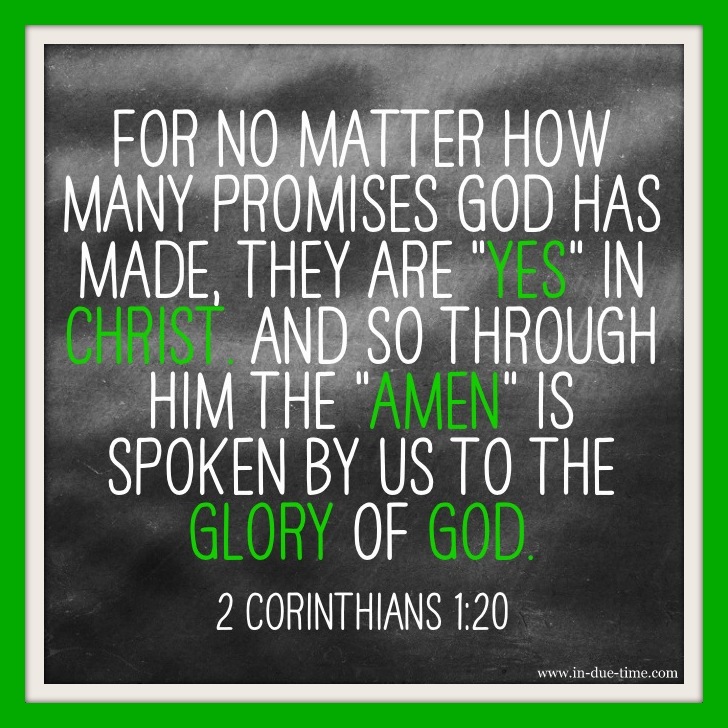 I probably read this verse and skipped over it many times until I realized how much power it holds. 2 Corinthians 1:20 says, “For no matter how many promises God has made, they are “Yes” in Christ. And so through him the “Amen” is spoken by us to the glory of God.”

When we say yes and amen we are agreeing that Jesus has fulfilled all of God’s promises. If you have ever been in attendance of a church service or in a time of prayer and you hear people say things like “yes or amen” this verse tells you why – people are agreeing verbally with the word of God. We know when we pray asking for what God has already promised the answer HAS to be yes and amen. God is yes and amen. He is truth and no matter how difficult your situation or circumstance is He will fulfill His promise.

We will never step into our destiny and what God has for us until we start believing and acting upon His promises. God’s promises are true whether we believe them or not. But, when we step into what He has already told us, we can live the abundant life He sent his son for us to live for. Stand on His word and promises until you see them manifest. It might not be when you want them to, but He has to keep His word. 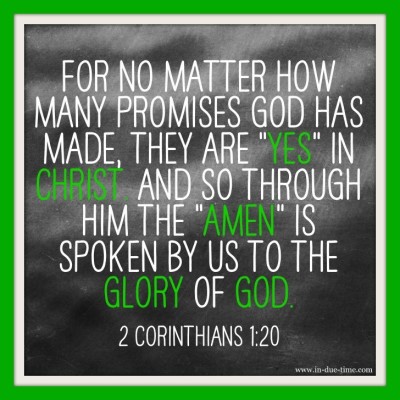 {That’s a Wrap} We got home Wednesday night from

{St. Thomas} Today we spent the afternoon and even

{Excursion} Today we took a catamaran around St. J

{Cinnamon Bay} Today we went on a super quick walk

{Anniversary Fun} We kicked off our 10-year celebr

{USVI} Thankful for a getaway with my man to explo

{Resurrection Day} The more I do life with Jesus t

This website uses cookies to improve your experience while you navigate through the website. Out of these, the cookies that are categorized as necessary are stored on your browser as they are essential for the working of basic functionalities of the website. We also use third-party cookies that help us analyze and understand how you use this website. These cookies will be stored in your browser only with your consent. You also have the option to opt-out of these cookies. But opting out of some of these cookies may affect your browsing experience.
Necessary Always Enabled

Any cookies that may not be particularly necessary for the website to function and is used specifically to collect user personal data via analytics, ads, other embedded contents are termed as non-necessary cookies. It is mandatory to procure user consent prior to running these cookies on your website.