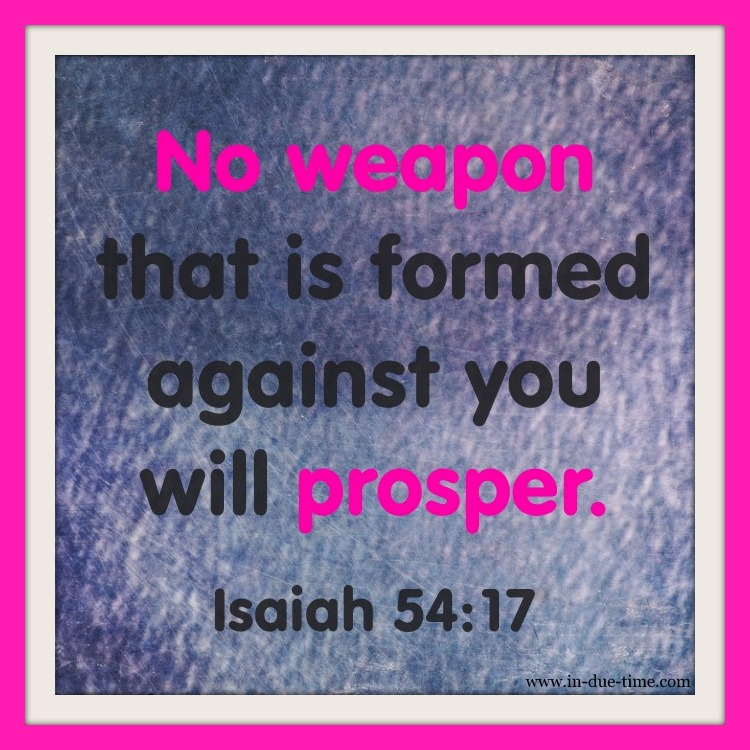 All of us will face spiritual warfare. Whether or not we are aware of it is a whole different topic. There is so much truth in the Word specific to the trials we face and the battles we will fight in. The reality is that we will face many trials throughout our lifetime, but the truth of the Word tells us in Isaiah 54:17 that no weapon that is formed against us will prosper.

This verse doesn’t mean that no weapon will be formed. It doesn’t give us a free pass out of facing spiritual warfare. Satan uses weapons against us every day. He might whisper doubts in your ear, he might exaggerate in your mind what your husband said to you to cause a fight – there is a long list of stuff he loves to do. He is very deceitful and is always ready to steal, kill, and destroy.  But, remember the Lord has power over the devil. Death was already defeated when Jesus rose from the dead.

When we are in Christ, victory is ours. The devil is under God’s hand and no matter what we face we can trust that God will prosper in our situation, not the enemy. We are promised that He will fight the battles with us and He will always win. Speak truth and life over any areas that the enemy is trying to attack so that you and Jesus have the final word over your situation. No weapon that is formed against you will prosper. 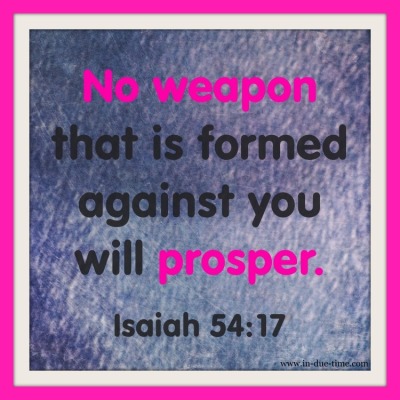