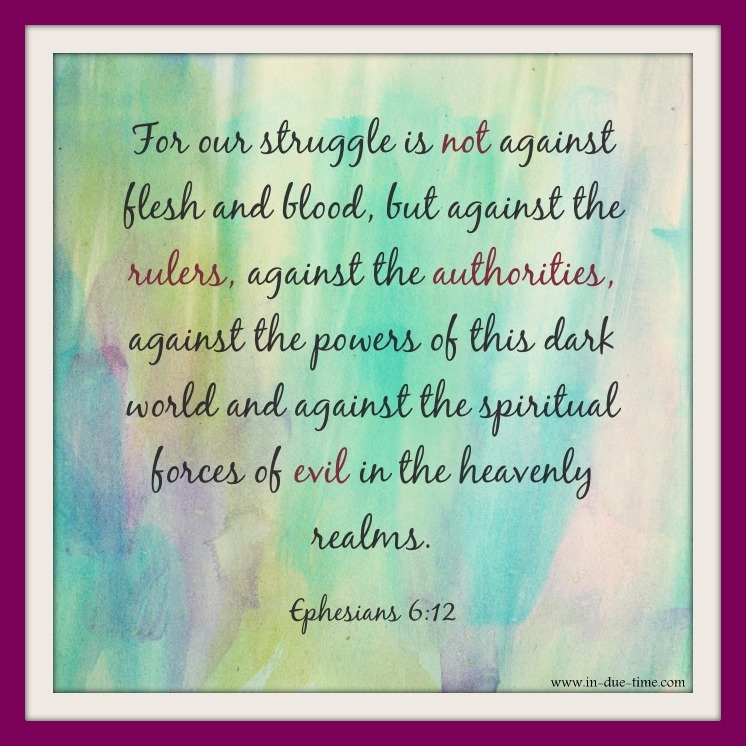 Spiritual warfare is something so present, but not discussed enough. The reality is that we are all in a spiritual battle and unless we are aware of that fact and prep ourselves then we will be defeated by the enemy! Ephesians 6:12 says, “For our struggle is not against flesh and blood, but against the rulers, against the authorities, against the powers of this dark world and against the spiritual forces of evil in the heavenly realms.”  The battle is NOT against each other, but against the evil forces of this world.

The enemy will do anything to attack us. He comes to kill, steal, and destroy. For Christians, we are assured victory because of Jesus. The enemy was already defeated when Jesus rose from the dead and because of that NO weapon formed against us will prosper. But, because satan is constantly attacking, we must engage and use supernatural power given by the Holy Spirit to defeat him.

Remember, the struggle isn’t against each other, or against the Lord, but the enemy. The verses following 6:12 talk about how to prepare for the battle: by putting on the full armor of God. We have been given the tools to defeat the lies and attacks, but it is up to us to use them. Prepare yourselves daily for the battle that lies ahead. 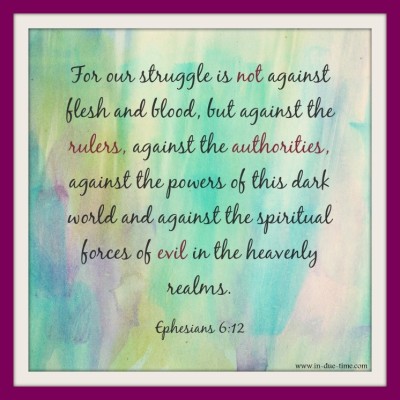 « Come As You Are | Faith-Filled, Big-Thinking »