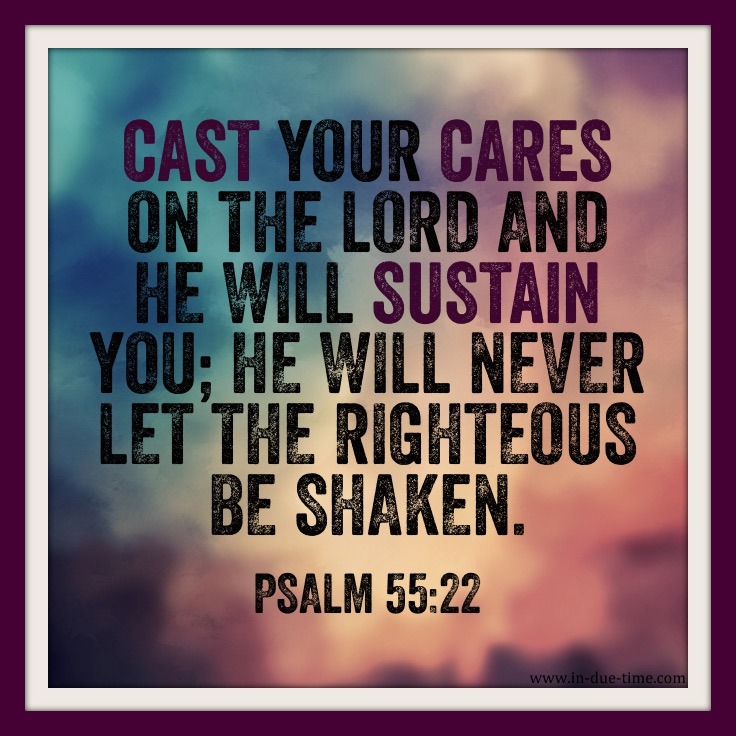 In Psalm 55:22 which reads, “Cast your cares on the Lord and he will sustain you; he will never let the righteous be shaken”,  David expresses dismay after the burden he was carrying was too much. I think we can all relate to David at some point in time. Lately I have felt worn out. I’m weary and much like most other winters, just feel like I’m in a funk. Yes, I hate cold and I hate winter. Thankfully yesterday the Lord blessed us with a gorgeous day and lots of sun!

The Lord calls us in this verse to cast our cares on Him and in turn He promises to sustain us.The wonderful thing about the Lord, just as mentioned over and over on my posts, is He wants us to seek Him. God never wants us to go about life or deal with trials on our own, but He wants us to partner up with Him.

When we follow Him, we will never be shaken. What a beautiful promise! This isn’t just words on a paper, but this is active and alive today! Don’t miss out on the opportunity to let the Lord help you in all areas that you need Him.

Do you trust God to sustain you as you give him your cares and burdens? David ends the Psalm by stating he trusted in the Lord. That place of trust and surrender is the best place any of us can be. Don’t let your burdens weigh you down, but instead give them to God, the one who can sustain you. 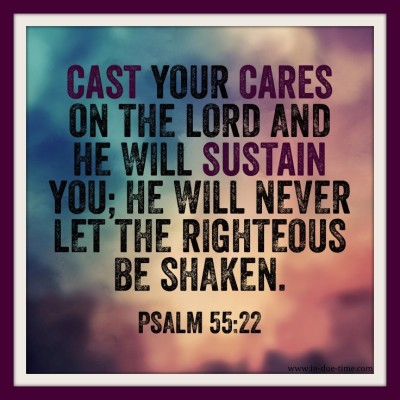