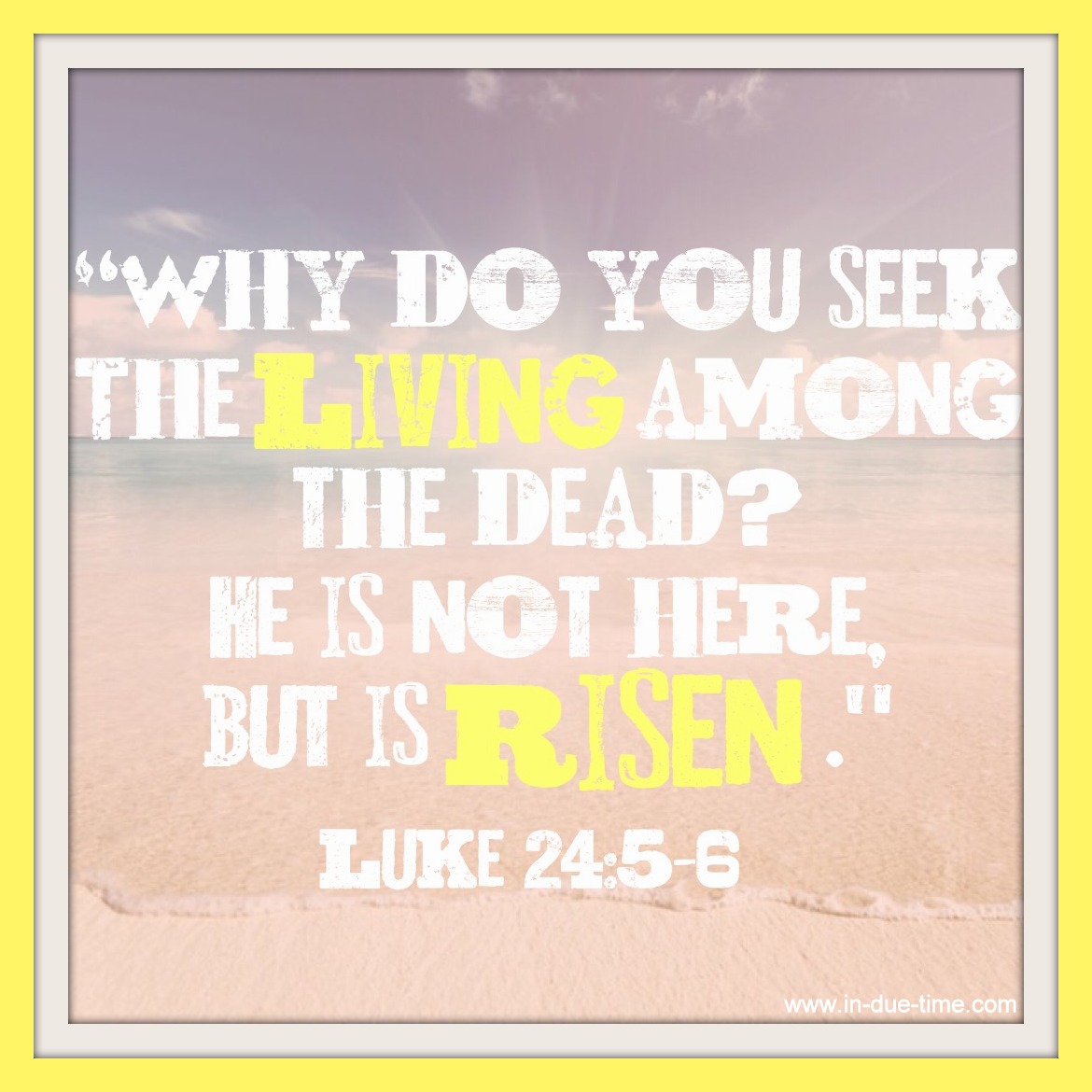 Today, I’m sharing another verse about the resurrection of Jesus. You can never have too many verses on this the most important fact of history. The context around verses 5-6 is too good to exclude, so I wanted to share it all,

“On the first day of the week, very early in the morning, the women took the spices they had prepared and went to the tomb. They found the stone rolled away from the tomb, but when they entered, they did not find the body of the Lord Jesus. While they were wondering about this, suddenly two men in clothes that gleamed like lightning stood beside them. In their fright the women bowed down with their faces to the ground, but the men said to them, “Why do you look for the living among the dead? He is not here; he has risen! Remember how he told you, while he was still with you in Galilee: ‘The Son of Man must be delivered over to the hands of sinners, be crucified and on the third day be raised again.’ ” Then they remembered his words.” Luke 24:1-8

In the verses prior Jesus died on the cross and was laid in the tomb. On the third day, two Galilean women went to visit Jesus at the tomb, but the stone was rolled away. While the two women react in fright and were surprised, two angels appeared and asked them, “why do you look for the living among the dead“. What a powerful question. Just as was predicted, Jesus rose! So why were they surprised? They overlooked the truth that was already spoken and instead focused on their current situation. It was hard for them to understand why He wasn’t there, even though they were told His resurrection would happen.

It’s so easy to get caught up in the legalistic or religious views of life. When we look towards these views it makes it hard to find Jesus, especially when we focus on the efforts of humans and this world. Just as the two women were looking for his dead body, we too look towards dead situations. Jesus wants to bring life to your dead situations. He doesn’t want you to focus on what the world says about your situation, but instead He wants you to focus on who He is – life! He brings life to all ares: Finances, relationships, jobs, marriages, churches, fertility, etc. Jesus IS life. Invite Him into all your dead situations.

Jesus already destroyed sin and desires every one of us to live an abundant life. It’s up to us to take hold of what He has already purchased. He isn’t in that tomb. He is ALIVE! 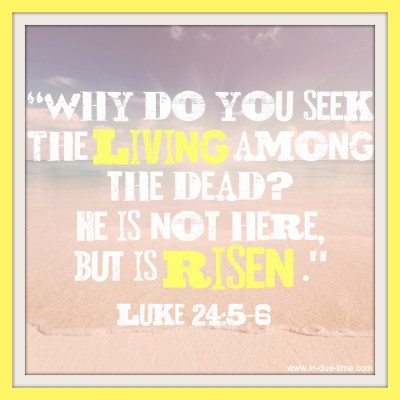