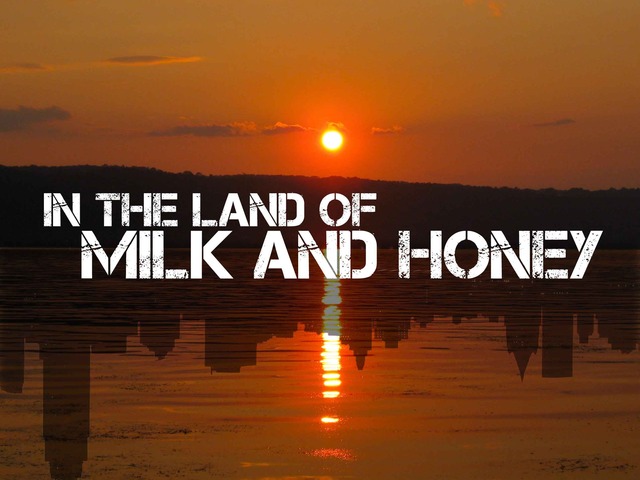 I’ve been reading through the Old Testament and am now in Deuteronomy. Sometimes it is so painful to read. There was so much doubt throughout the Old Testament and it makes me realize how much I don’t want to be like the Israelites, but there are also so many good lessons to be learned. Today I’m sharing a verse from Numbers 16 on the topic of the land of milk and honey.

“Is it not enough that you have brought us up out of a land flowing with milk and honey to have us die in the wilderness, but you would also lord it over us? “Indeed, you have not brought us into a land flowing with milk and honey, nor have you given us an inheritance of fields and vineyards. Would you put out the eyes of these men? We will not come up!” Numbers 16:13-14

In Exodus 3:17, the Lord had promised to lead the Israelites out of Egypt into the Land of Milk and Honey. In the verse above, which is after they left Egypt, not only did Dathan and Abriam focus on their problems, but they chose to exaggerate them too. While in Egypt they longed to leave, but now that they left they complained and wanted to go back. As much as they suffered in Egypt, they even referred to it as the ‘land of milk and honey’. Because of their desire for food and a better environment it made them focus on their own problems which caused them completely lose their perspective. They lost gratefulness for where God had already taken them and the future promises He had for them, including the real Promise Land of Milk and Honey.

While waiting to enter the land the Lord has promised you, continue to press forward instead of complaining and looking back. Don’t get so involved in your current trial that you lose sight of where or what God has taken you out of, the current place He has you, and the promised land He is bringing you into.

Check out my other posts from my Old Testament reading: Wait Actively & Isaac and Rebekah