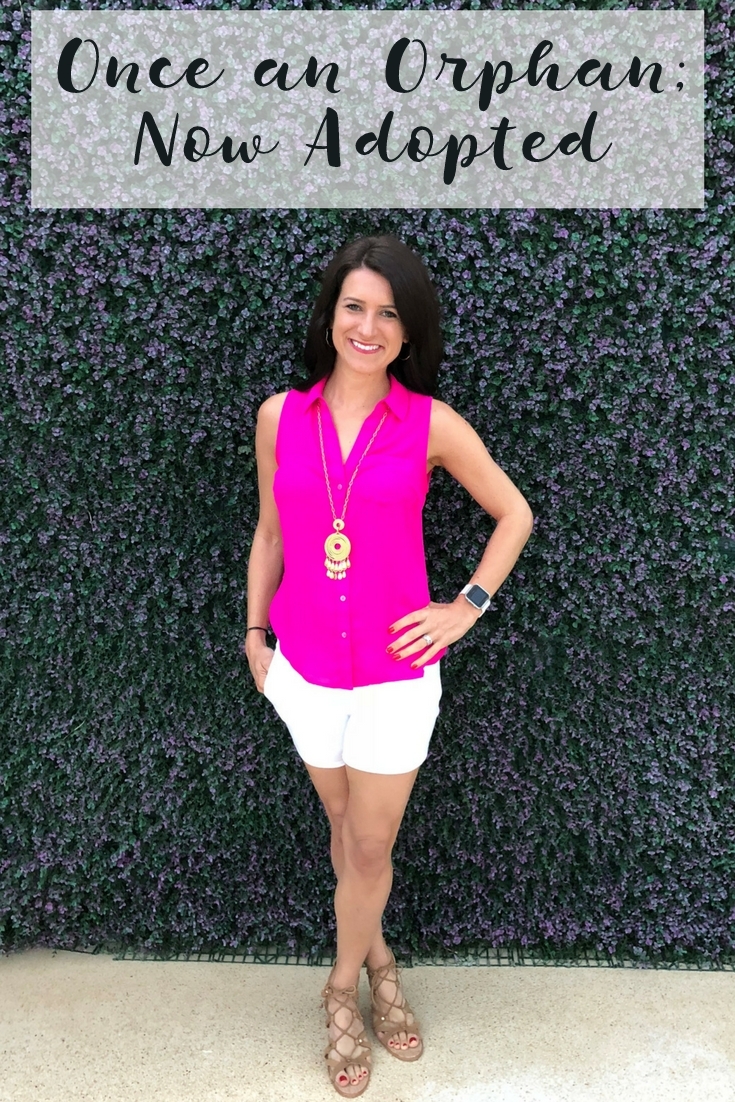 I am so excited about this post today. I have been wanting to share on this topic for about 6 months and today is the day! Let’s dive right in! 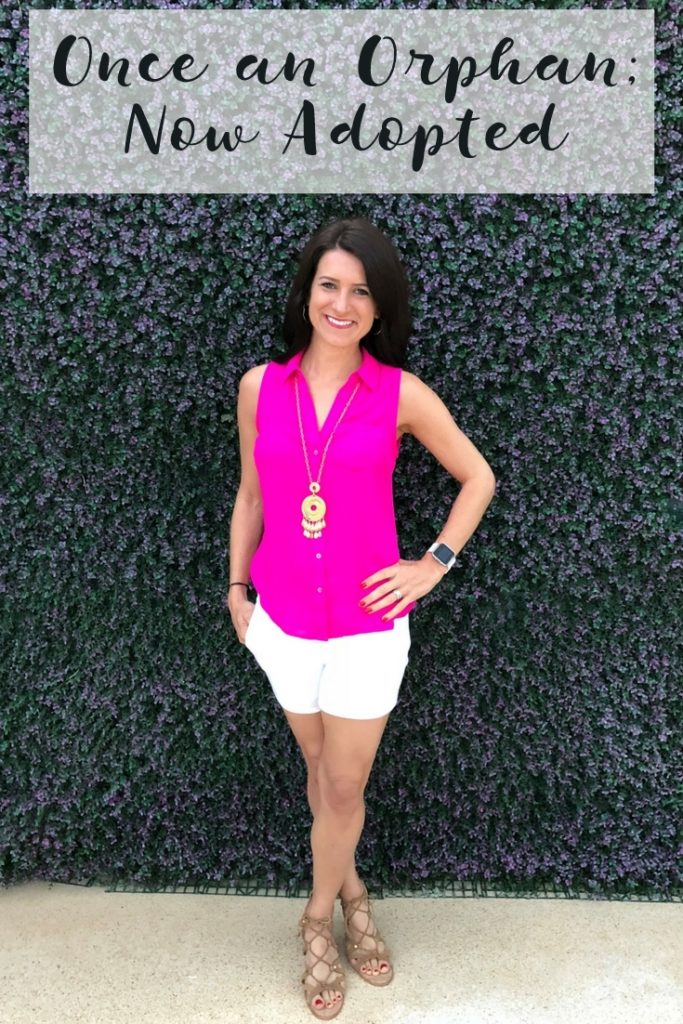 Did you get that? You have “not received a spirit of slavery leading to fear again.” Some translations say a “spirit of bondage.” Bondage is when you are bound to anything that is not of Christ. You can be bound to sin, fear, pride, money, etc.

No Christian received a spirit of slavery; instead the minute you accepted Christ you received a “spirit of adoption.” You are an adopted son/daughter of the King Most High! Isn’t that amazing? He chose you! You are part of his family, forever. This should change everything for you. You have a Heavenly Father who loves you so much that he not only sent his only son to die on the cross for you, but he adopted you as his own too. And you know what? If you were the only person in this whole world, he would have still done it. Why? Because he loves you just that much.

So what might signs of an orphan be? What is the difference between someone who is living with an orphan spirit versus a spirit of adoption?

An orphan might feel unloved or abandoned by God or others. An adopted son will feel fully loved and accepted.

An orphan acts as an victim. An adopted son acts as a victor.

An orphan will have little to no confidence. An adopted son will be confident in Christ.

An orphan might feel like God causes pain or sickness. An adopted son will know that God never causes sickness.

An orphan might feel like God is against them. An adopted son will know that God is always for them.

An orphan might struggle with jealousy or competition among other believers. An adopted son will celebrate the wins of those around them.

An orphan is unsure of their place among friends, co-workers, family members, etc. An adopted son knows who they belong too.

An orphan sees their relationship with God as works-based. An adopted son knows they can do nothing to earn God’s love; it’s freely given.

An orphan lives by praise (or lack of praise) from man. An adopted son knows their identity can only be found in Christ.

An orphan speaks negatively over themselves. An adopted son speaks life.

An orphan needs approval and recognition. An adopted son needs no affirmation.

An orphan gives up when they receive bad news. An adopted son presses in for the impossible.

An orphan is bound to fear. An adopted son lives unafraid.

An orphan has a skewed view of God. An adopted son has a deep revelation of the heart of the Father.

Are you picking up on the pattern here? This is a very limited list and the reality is, I could go on and on. Can you relate to any of the orphan spirit mentalities above? Maybe go down the list and put a mark for how many times you could relate to the orphan and how many times you could relate to being adopted. Perhaps this exercise will open up your eyes to how little or how much you are living as an adopted son/daughter of Christ.

Regardless if you do that exercise or not, the point I want to make is this: Jesus didn’t die on the cross for you to live as an orphan or slave. Instead he wants to free you from your orphan spirit! He is not your master; he is your Father. You don’t have to earn his love or serve him. Instead, he desires a Father-daughter or Father-son relationship with you. It’s time to get rid of any “orphan” mentalities you are still living with in and live as an adopted daughter or son. It’s time to access your full inheritance in Christ.

The reality is, even the most Spirit-filled Christians will have orphan-spirits within. Why? Because we are human and we have human tendencies. But the deeper revelation you have of who your Father is, the less you will look like an orphan and the more you will look like an adopted son or daughter of a very good Father.

Jesus, thank you for dying on the cross for me. Thank you for saving me from my sins. Thank you that I no longer live as an orphan. Thank you that I am your adopted daughter/son. Father show me every area of my life where I have an orphan spirit. Show me every area of my life where I’m living in bondage to lies. Break the chains of the orphan mentality that I have had. Holy Spirit guide me and lead me into stepping into the full inheritance you have for me. Amen

I really want to do a live video on this topic within the next week or two, so make sure you are following me on Instagram and facebook! 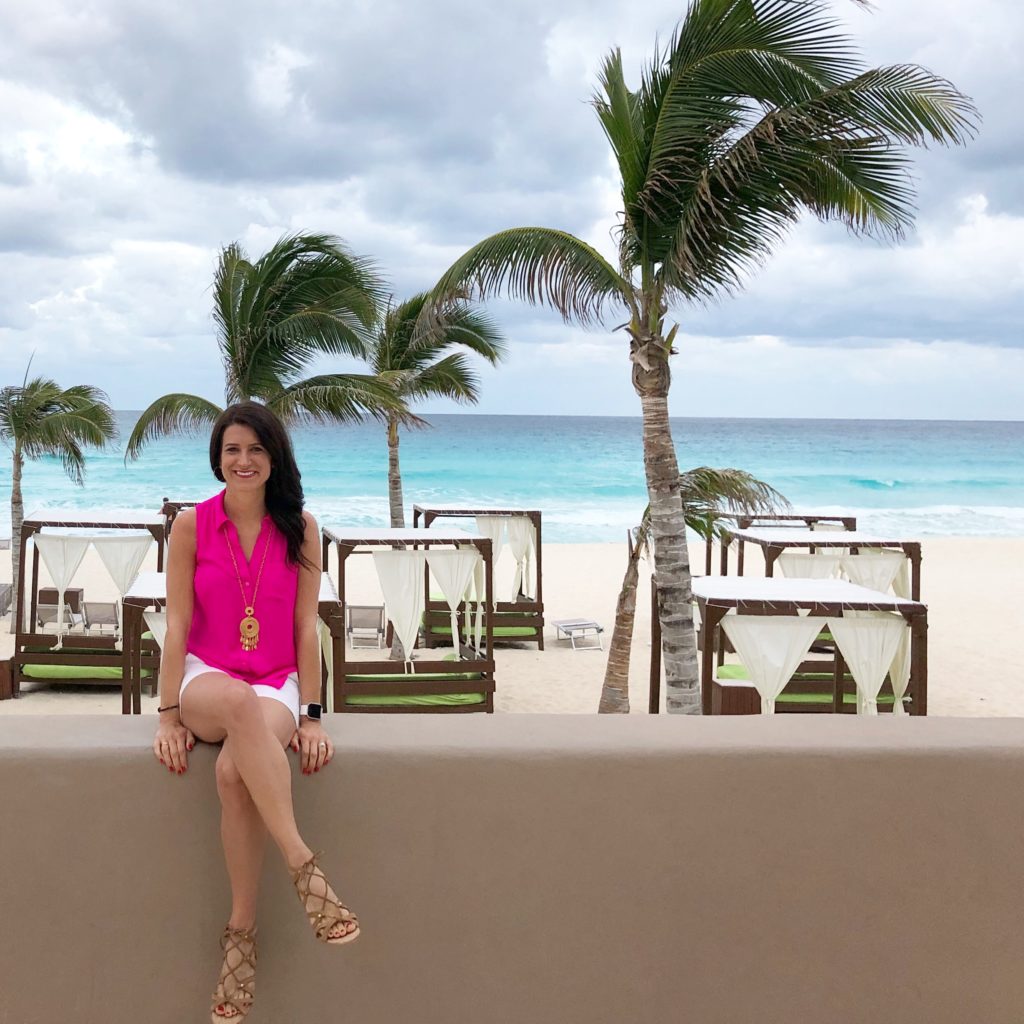