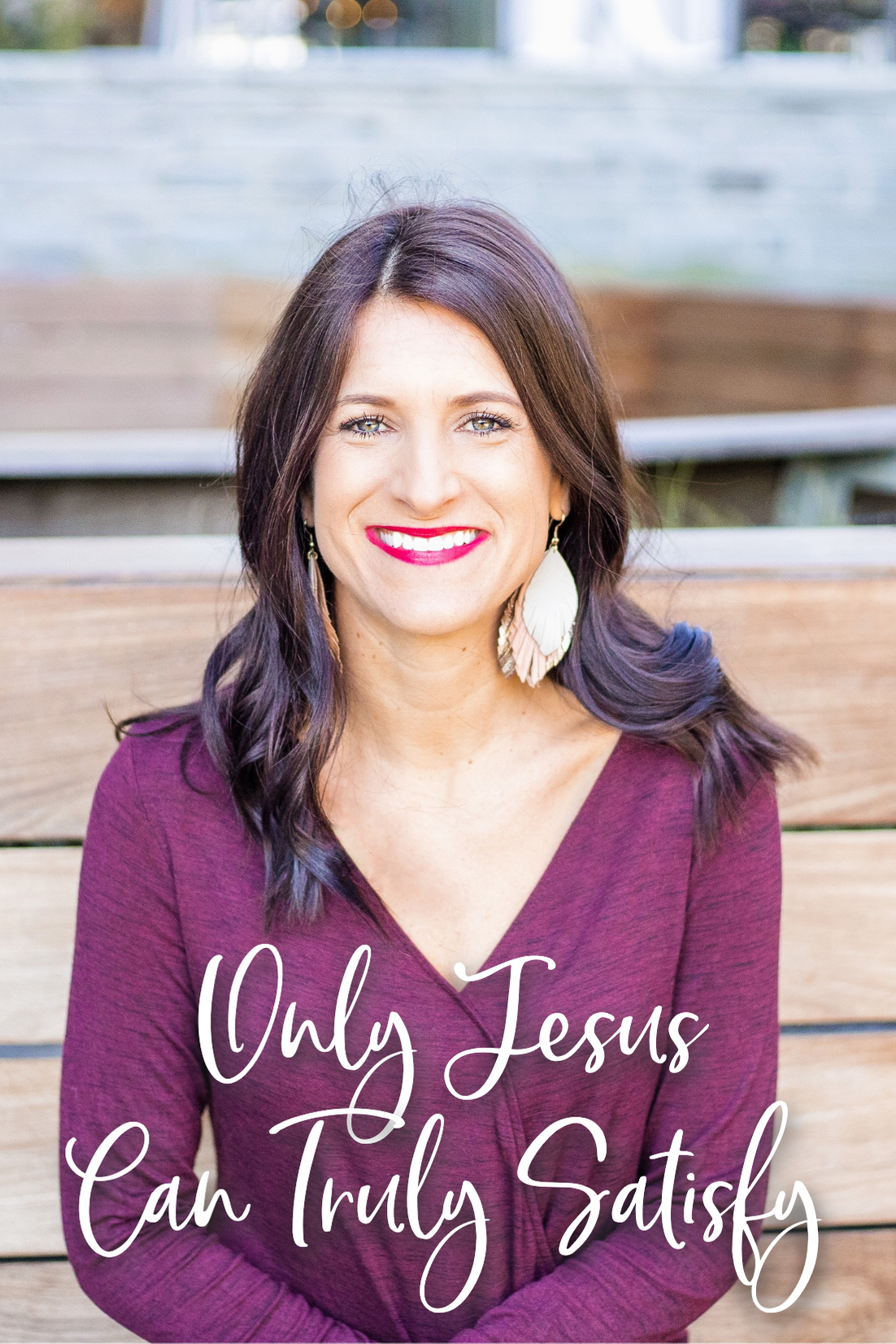 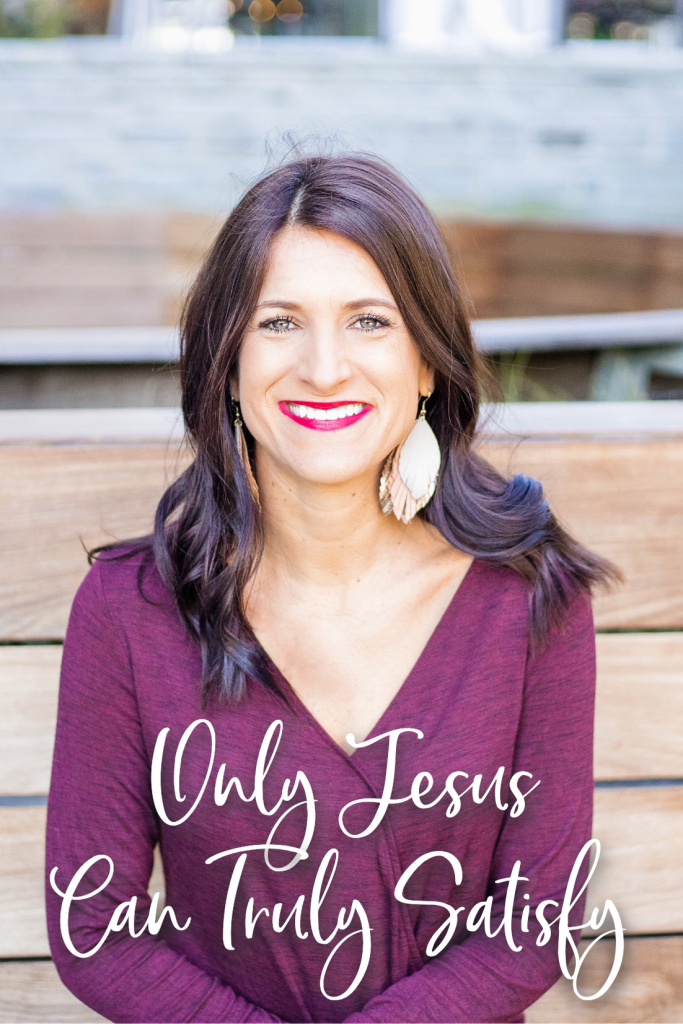 Even though it’s been almost 9 years since the beginning of our fertility journey, I still very much remember what life was like during those first few years. I remember a baby being the only thing I could focus on. I was exhausted, miserable, bitter and jealous.

“If I could just get a baby, then everything will be better.”

Have you ever wanted something so bad, maybe a baby or something else, and you were so focused on that one thing that when you didn’t get it you were miserable? Or maybe you finally received the thing you were waiting for and you were still left feeling unsatisfied or empty?

We live in a world that encourages us to constantly chase after “things.” It’s a very hustle-focused society and we are encouraged to always be “doing” or “producing” more. A promotion at work, a new relationship, a baby, a fancy house or car, more followers on social media, more money. The list really could go on and on.

And yet, all these things do is give us temporary satisfaction, ultimately leaving us either empty or craving more.

We get the promotion at work and we are left unsatisfied, which leads us to chasing after the next promotion.

Or we have a baby, and we are wondering why we still aren’t satisfied.

Maybe we finally hit 500 followers on social media and we are left empty, so we hustle to get to 1,000.

Because we weren’t created for things, money, status or other people to satisfy us, nothing on this earth will ever be enough.

The Hebrew word satisfied is saber, which means “to fill to satisfaction, have enough, be full or have plenty of.” God created us in a way that the only way we would find true satisfaction… fulfilling satisfaction that lasts, is through Him. Which is why we are always left unsatisfied when we fill ourself with earthly desires.

A verse that comes to mind when I think about this topic of finding true satisfaction is Matthew 6:33 which says “But seek first his kingdom and his righteousness, and all these things will be given to you as well.”

Seek first “His Kingdom.” Do you know that when you seek anything before Him it actually becomes an idol? But when we seek HIM first? “All other things will be given to us as well.”

Gulp. “Do not love the world or the things in the world.” It’s a command straight from scripture. Enough said, right?

The following three scriptures all talk about finding satisfaction in Christ:

“How he satisfies the souls of thirsty ones and fills the hungry with all that is good!” Psalm 107:9

“As for me, I shall behold your face in righteousness; when I awake, I shall be satisfied with your likeness.” Psalm 17:15

“When you live a life of abandoned love, surrendered before the awe of God, here’s what you’ll experience: Abundant life. Continual protection. And complete satisfaction!” Proverbs 19:23

I love what Proverbs 19:23 says because this so beautifully summarizes our fertility journey. I previously mentioned how miserable I was at the beginning of our journey. Well, back in 2013, I found complete satisfaction in Him when I finally surrendered a baby. And ever since? I have been filled with His joy, peace and hope! Realizing He was the only thing that could truly satisfy became my turning point! This is the reason I don’t focus on having babies. I don’t give it much attention or talk about it either. Why? Because while I believe a baby is a gift from God, I also know that if He gives me a baby and my full satisfaction isn’t found in Him before I receive the baby, the baby will leave me…. empty! But because I have kept focused on Him? I have found true satisfaction.

Because only Jesus can truly satisfy, I believe just like in my story, you too will never find true contentment, rest and peace until you fully surrender and stop striving or chasing after the worldly things to satisfy your soul.

Before wrapping this up, I want to point out that wanting a new house, a promotion or a baby are not bad things. I believe God cares about all these things and they are things we can pray and talk with Him about. What becomes troublesome is when we seek these worldly things first and we look to them to bring us fulfillment when only Jesus can.

So, what are you chasing after? What are you looking for to truly satisfy? It might not be something as big as a car, house or baby. Maybe it’s approval. Maybe it’s attention. Maybe it’s your outside appearance. The reality is there is probably something for all of us. I encourage you to ask Holy Spirit to show you the areas of your life where you are currently seeking after anything other than Him to bring true fulfillment and satisfaction. I believe that when you surrender those things before Him and realize that Jesus truly is the only thing that can satisfy, you too will be filled with abundant life, continual protection and complete satisfaction.