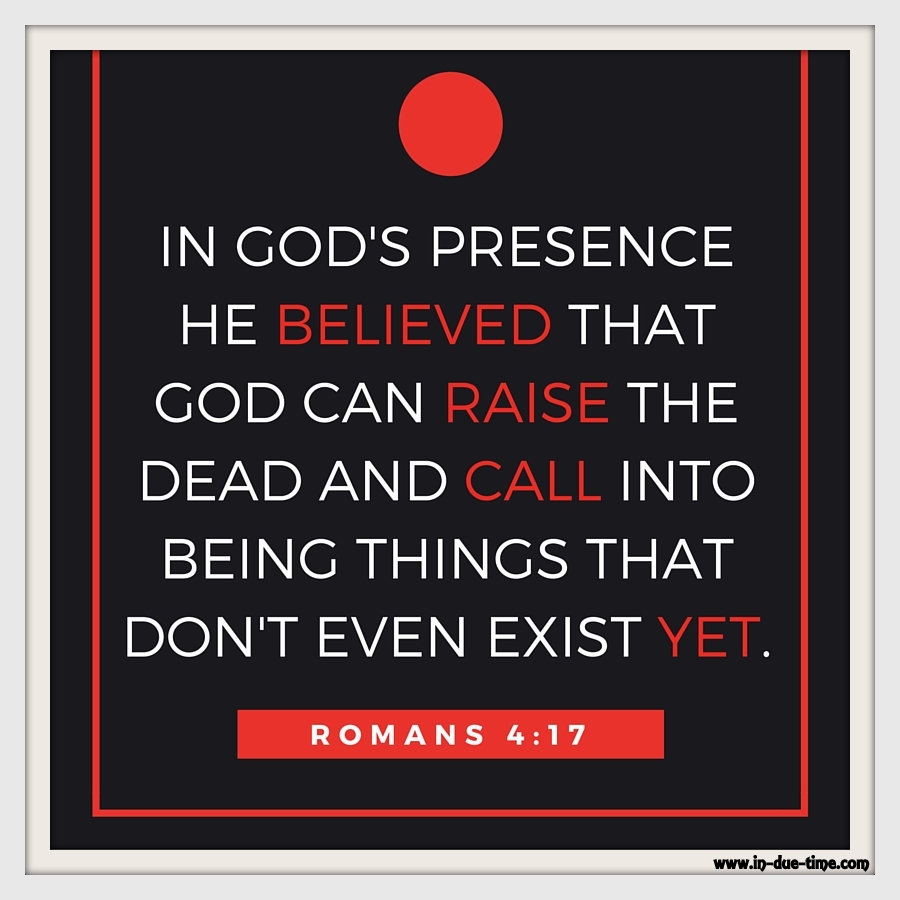 In Genesis, God promised Abraham not only that he would be the father of many nations, but that his descendants (which includes us) would be blessed. Romans 4:17 talks about this promise being fulfilled and says, “That’s what the Scripture means when it says: “I have made you the father of many nations.” He is our example and father, for in God’s presence he believed that God can raise the dead and call into being things that don’t even exist yet.”

God gives life to the dead and He calls those things which don’t exist as though they did. Nothing is ever too hard for Him. Just as He rose Lazarus from the dead thousands of years ago, He is still doing miracles out of impossible, dead-looking situations today.

No situation is dead when it’s surrendered to Christ. Jesus comes forth and brings restoration, redemption, and healing. No matter how far from ‘life’ the situation you are in seems, remember nothing is too dead for Him. If God can create life out of Sarah’s dead womb, He can create life in ANY trial you are facing. Expect breakthrough and join Him in calling things that are not as though they were. 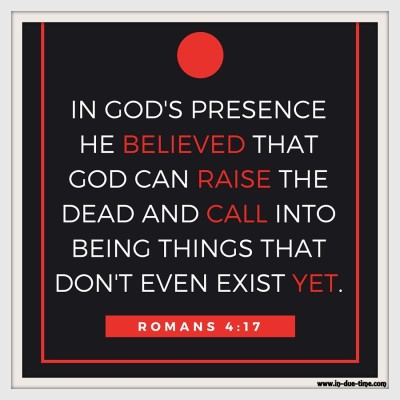 Don’t forget to enter the giveaway!