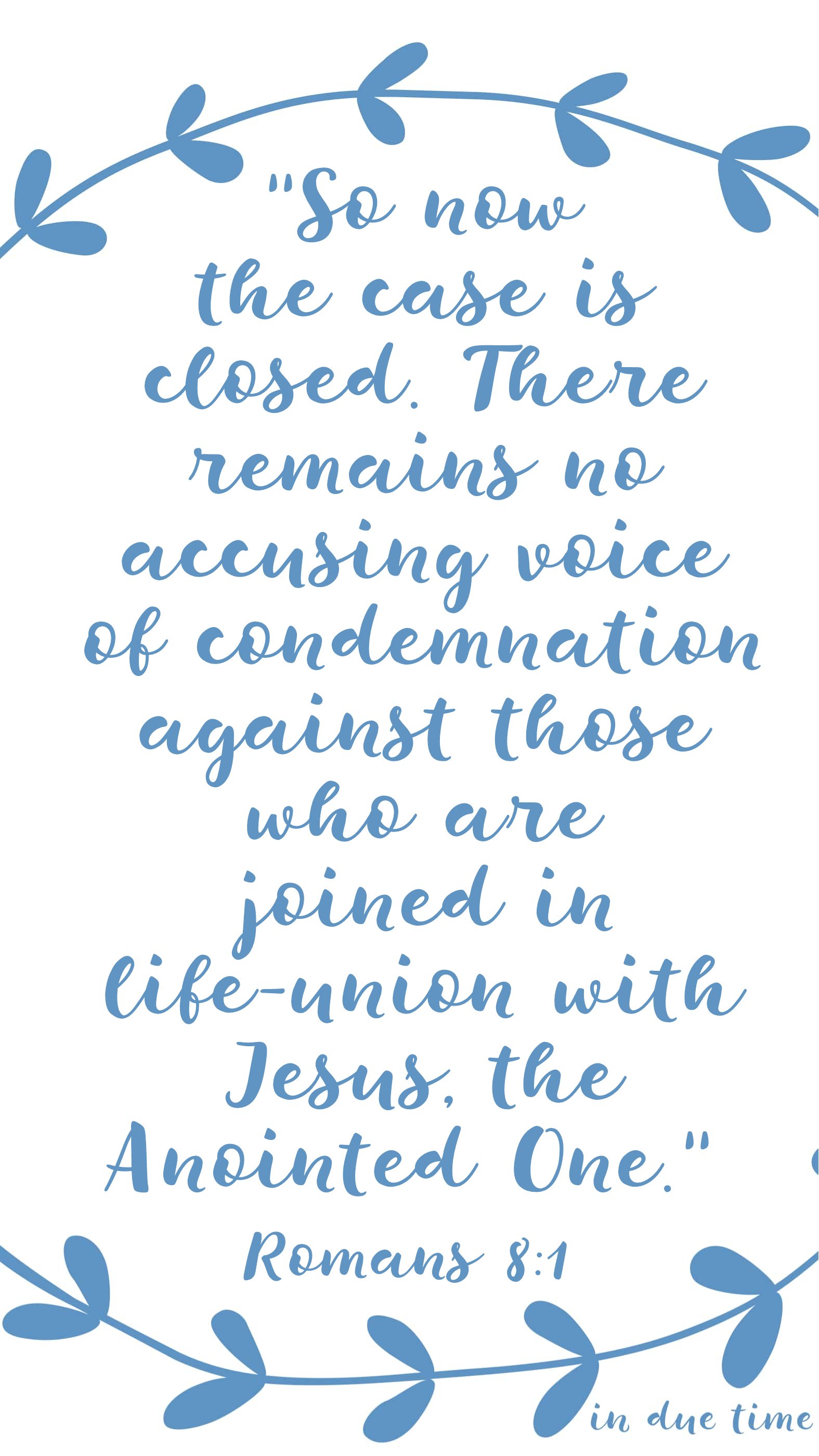 Can you imagine committing a very serious crime but instead of receiving a guilty sentence and spending life in prison you were instead told by the judge that you were ”not guilty?” For those who are followers of Jesus, receiving this not-guilty plea is your reality! Romans 8:1 says, “So now the case is closed. There remains no accusing voice of condemnation against those who are joined in life-union with Jesus, the Anointed One.” Some translations of this passage say, “Therefore, there is no condemnation for those who are in Christ Jesus.”

Many Christians spend a majority of life feeling guilty for something. Whether it’s little or big, happened yesterday or 10 years ago, guilt is not what Jesus paid for. He paid for you to be forgiven and free from any negative or guilty feelings. Don’t miss out on what Father has in store for your life, especially the joy of being without any condemnation. Refuse any guilty conviction the enemy has given you. Whenever you feel guilt sneak in, reflect on who your identity is in Christ. Live life to the fullest and enjoy the freedom Jesus paid for. 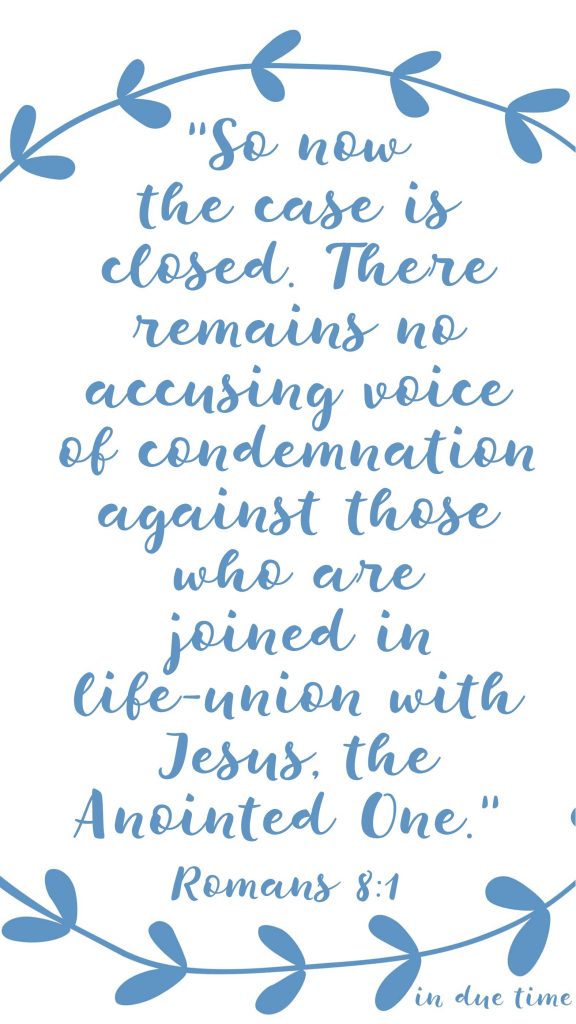