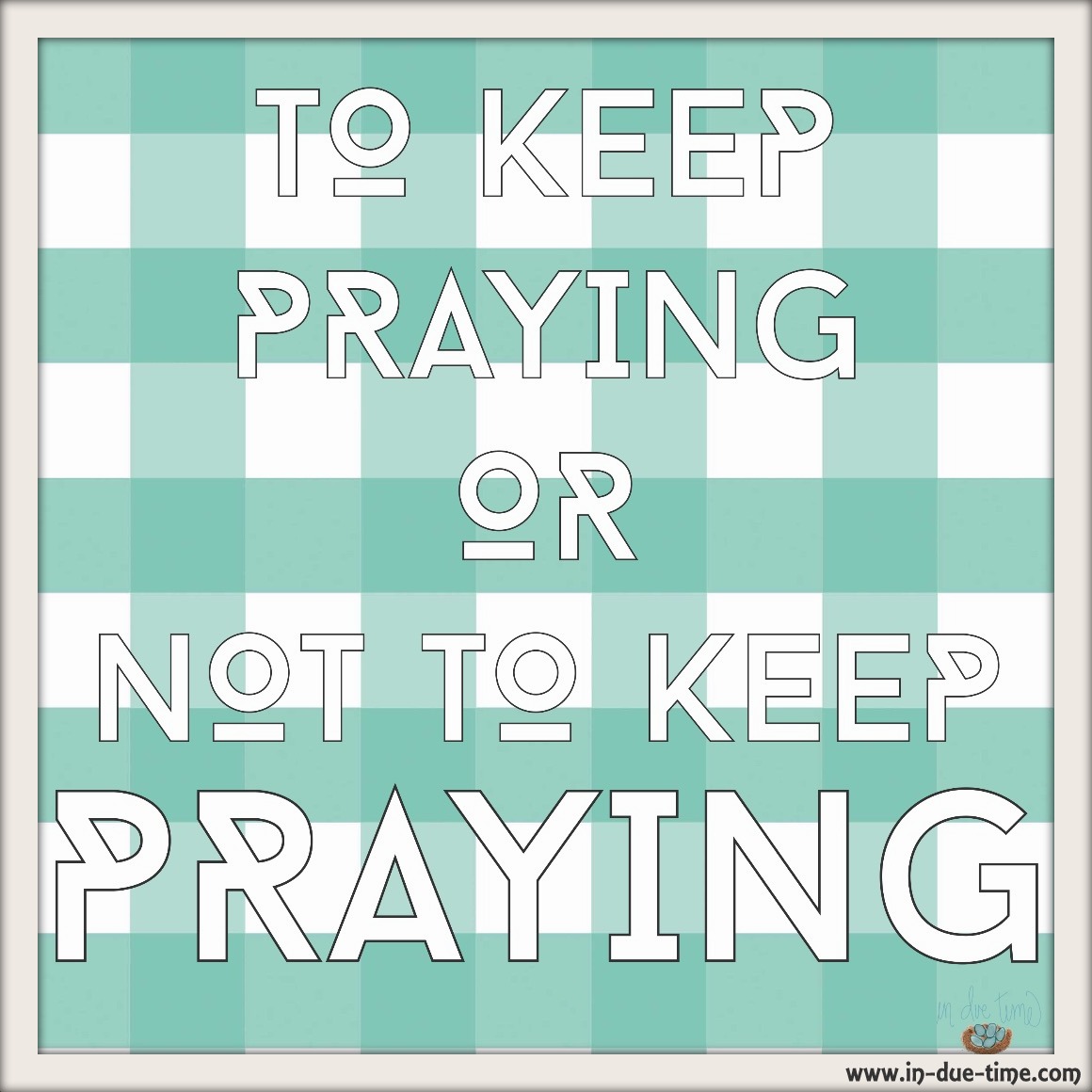 It has been 4+ years of praying for the same thing, over and over and over again. Don’t get me wrong, we pray for much more than pregnancy, but that has been a constant prayer of ours and obviously at the forefront of our minds. I never shy away from not only asking the Lord for babies, but asking for prayer from others on this very topic.

But, scriptures seems a little controversial on the topic of prayer. Do I keep praying or do I not keep praying? My stance has always been to ask over and over again. Not because I think praying X amount of times will bring the answer, but I am a woman of persistence and why would I stop asking if I haven’t yet received my answer?

Matthew 6:7 says, “And when you pray, do not keep on babbling like pagans, for they think they will be heard because of their many words. But just one chapter later in Matthew 7:7-8 it says, “Ask and it will be given to you; seek and you will find; knock and the door will be opened to you. For everyone who asks receives; the one who seeks finds; and to the one who knocks, the door will be opened.”

So do I keep asking or not? These verses sure seem confusing. I love how Bill Johnson summarizes this topic in this sermon. He clarifies Matthew chapter 6 references need while chapter 7 references dreams. In other words, there is no reason to ask God 100 x for the basic needs you have. For example, do you need to pray the whole way to work that the Lord keeps you safe while you drive? His Word already promises to protect you so while there is nothing wrong to ask for his protection as you drive, it’s not a prayer that you need to keep babbling on about. But, he does want you to come to him in prayer over and over and over again with all the dreams you have.

Here is the deal. God wants to fulfill your dreams! It’s not going to be in your time frame, but you should consider it an honor to keep asking, knocking, and seeking. God is drawn to people who dream with him. Don’t let the fact that your prayers have gone unanswered for one month, 10 months, or 10 years stop you from continuing to pray and ask. If you are feeling weary from asking over and over, change your mindset and start to praise him instead. Praise him in advance for the answer that he will bring to you. Whatever you are dreaming about, don’t stop praying! 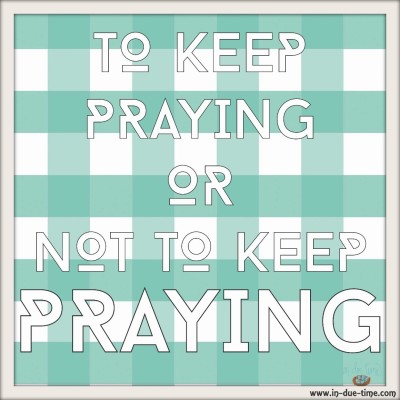