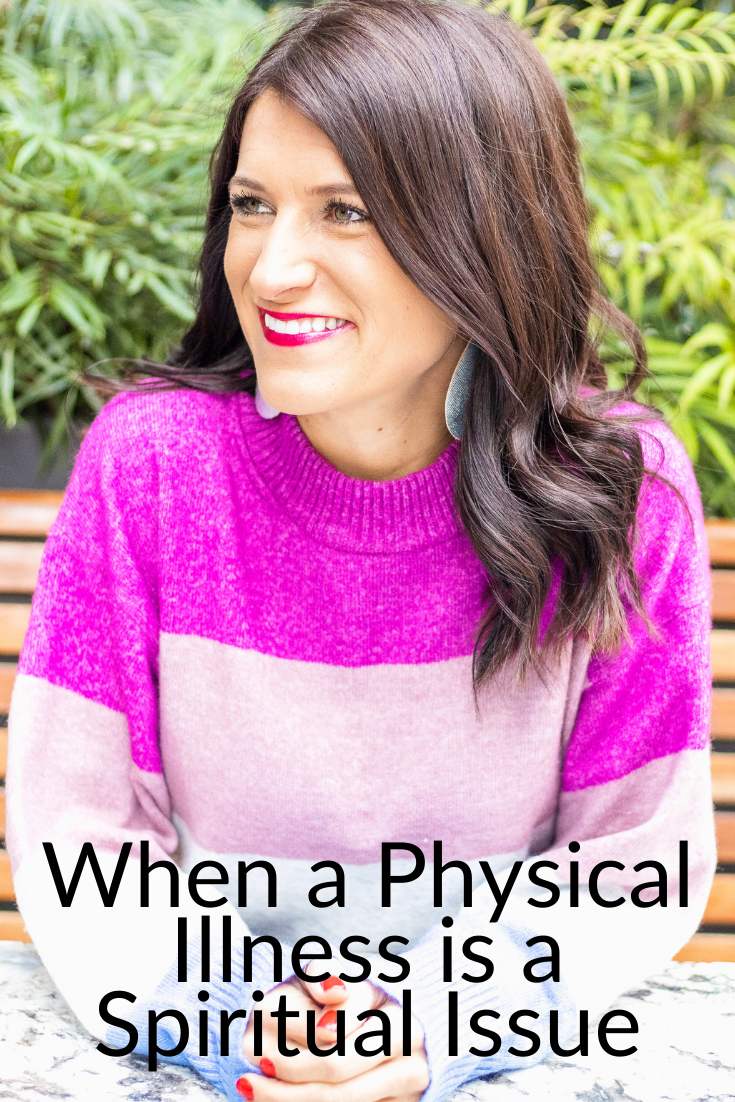 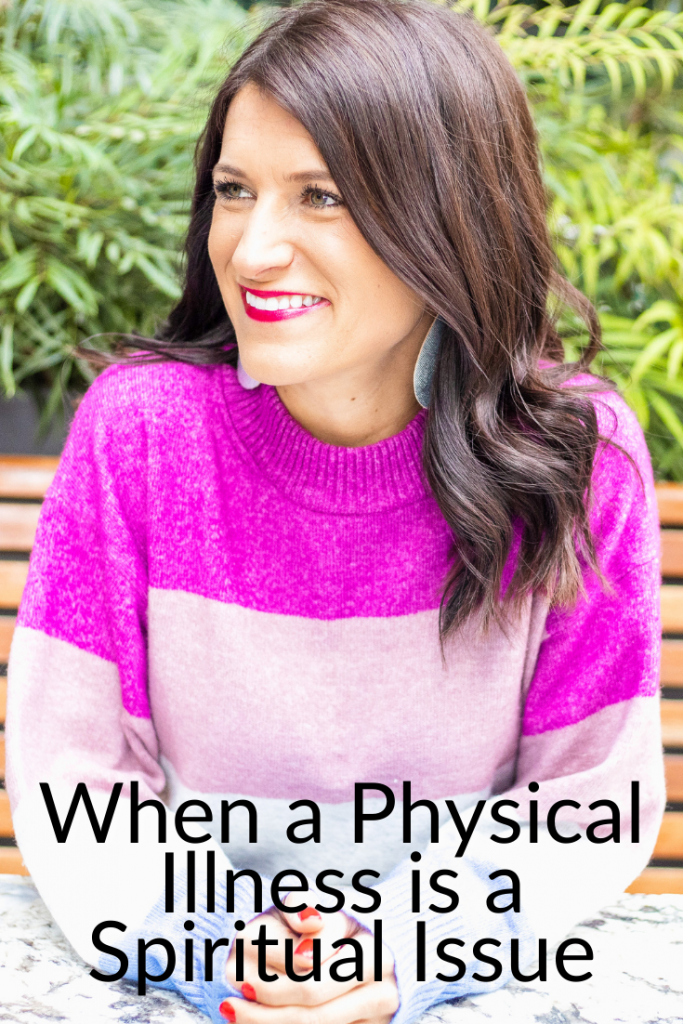 Several months ago I found myself in a lot of pain. Anyone who has ever faced extreme physical pain knows this: when you are in pain, it’s hard to focus on anything else. The same held true for me. Both my knees and my elbows were bothering me, so much so that I was having a hard time sleeping at night because the pain levels were so high.

I have dealt with knee pain before and I knew there was something different about this pain. After a few weeks of it, I finally took time to sit down and think about it. What was causing me to be in so much pain? Was it the way I was sitting? Was it being at the computer all day? Or the shoes I was wearing?

Around the same time I had been meditating and thinking about Proverbs 17:22, NIV which says, “A cheerful heart is good medicine, but a crushed spirit dries up the bones.”

The passion translation of this same verse says, “A joyful, cheerful heart brings healing to both body and soul. But the one whose heart is crushed struggles with sickness and depression.”

“The one whose heart is crushed struggles with sickness.”

As I thought about it, I knew deep within me that the pain I was facing wasn’t a physical issue. It had been a very hard season for me, one full of confusion and transition, grief and disappointment. And as I thought about what I was going through and I recalled this verse, I finally started making the connection. The pain I was facing was due to my broken heart. Immediately, I told the Lord that my heart was broken and needed healing. And in an instant, the pain in my knees and elbow went away, never to return since.

I think when most of us think of sickness or pain, we think it is a physical problem. And yes, a lot of times it is. But do you realize that sickness can be tied to spiritual and emotional roots too?

Panic attacks are just one of many illnesses Christians fail to realize are tied to the emotional and spirit realm.

Proverbs 4:20-23 is a verse that focuses on the wellness of your heart. It says, “So above all, guard the affections of your heart, for they affect all that you are. Pay attention to the welfare of your innermost being, for from there flows the wellspring of life.”  It’s similar to Proverbs 17:22, isn’t it? Both of these verses are reminders that a healthy heart brings health to the body. And a sick heart brings sickness to the body.

Have you ever noticed how many scriptures there are telling us to live free from sin, pride, bitterness, offense and unforgiveness? One reason is because when we allow these negative things in our lives, it leads to a sick heart and a sick heart leads to….. you guessed it, physical infirmities.

Let’s look at the the story of Jesus healing a paralytic man, which we find in Mark 2 (also found in Matthew 9 and Luke 5).

Mark 2:2-12 says, “While Jesus was preaching the word of God, four men arrived, carrying a paralyzed man. But when they realized that they couldn’t even get near him because of the crowd, they went up on top of the house and tore away the roof above Jesus’ head. And when they had broken through, they lowered the paralyzed man on a stretcher right down in front of him! When Jesus saw the extent of their faith, he said to the paralyzed man, “My son, your sins are now forgiven.” This offended some of the religious scholars who were present, and they reasoned among themselves, “Who does he think he is to speak this way? This is blasphemy for sure! Only God himself can forgive sins!” Jesus supernaturally perceived their thoughts and said to them, “Why are you being so skeptical? Which is easier, to say to this paralyzed man,‘ Your sins are now forgiven,’ or, ‘Stand up and walk!’? But to convince you that the Son of Man has been given authority to forgive sins, I say to this man, ‘Stand up, pick up your stretcher, and walk home.’” Immediately the man sprang to his feet in front of everyone and left for home. When the crowds witnessed this miracle, they were awestruck. They shouted praises to God and said, “We’ve never seen anything like this before!”

On the outside, it might have looked like the man was facing a physical disability, paralyzation, but notice Jesus did not pursue healing of the man’s physical condition. Instead, He focused on the spiritual and emotional condition first, the man’s sins. Once the man was free from sin, he was physically healed too.

I want to give one more quick testimony. Recently a friend reached out saying she was having extreme back pain. So much pain that she could hardly play with her daughter or do every day life activities. When I prayed for her, I prayed that the burdens she was carrying would be lifted. And in that prayer, she got completely healed. Why? Because her back pain was never a physical problem. The root of the problem was actually the burdens she carrying, which had manifested in the physical realm. When she was healed of the spiritual and emotional aspect, her body was physically healed as well.

So why do I share this with you? Because I grieve the reality that many Christians are walking around today facing a physical sickness that has no physical roots at all. Personally, had I not invited the Holy Spirit in to give me discernment that the pain I was facing was not physical at all, I could have spent years living with unnecessary pain, just as so many do today. Or, even worse, I could have ended up seeking medical attention and coming up short because no medical solution can solve an emotional or spiritual problem. I share my testimony with you in hopes of opening up your eyes that the physical problems you are facing today might not be physical at all.

Maybe you are not currently facing any physical infirmities, but since it’s all connected, I want to know, how are you emotionally and spiritually? Is your heart filled with bitterness? Are you living in habitual sin? Are you harboring unforgiveness? There are so many indications of a unhealthy and hard heart, which I share more on here.

How are you doing physically? Maybe for you it’s not knee and elbow pain, but something completely different. Perhaps it is something you have dealt with for years and years. Migraines? Infertility? An auto-immune disorder? Panic attacks? No matter what it is, it is time to invite the Holy Spirit in to shed light on the root cause of the sickness. Maybe it is physical. But maybe it’s spiritual and/or emotional and the Father wants to do a deeper work of inner healing on your heart and mind! Let me remind you of this, whatever physical illness you are facing today, Father God wants to bring complete healing and wholeness to it.