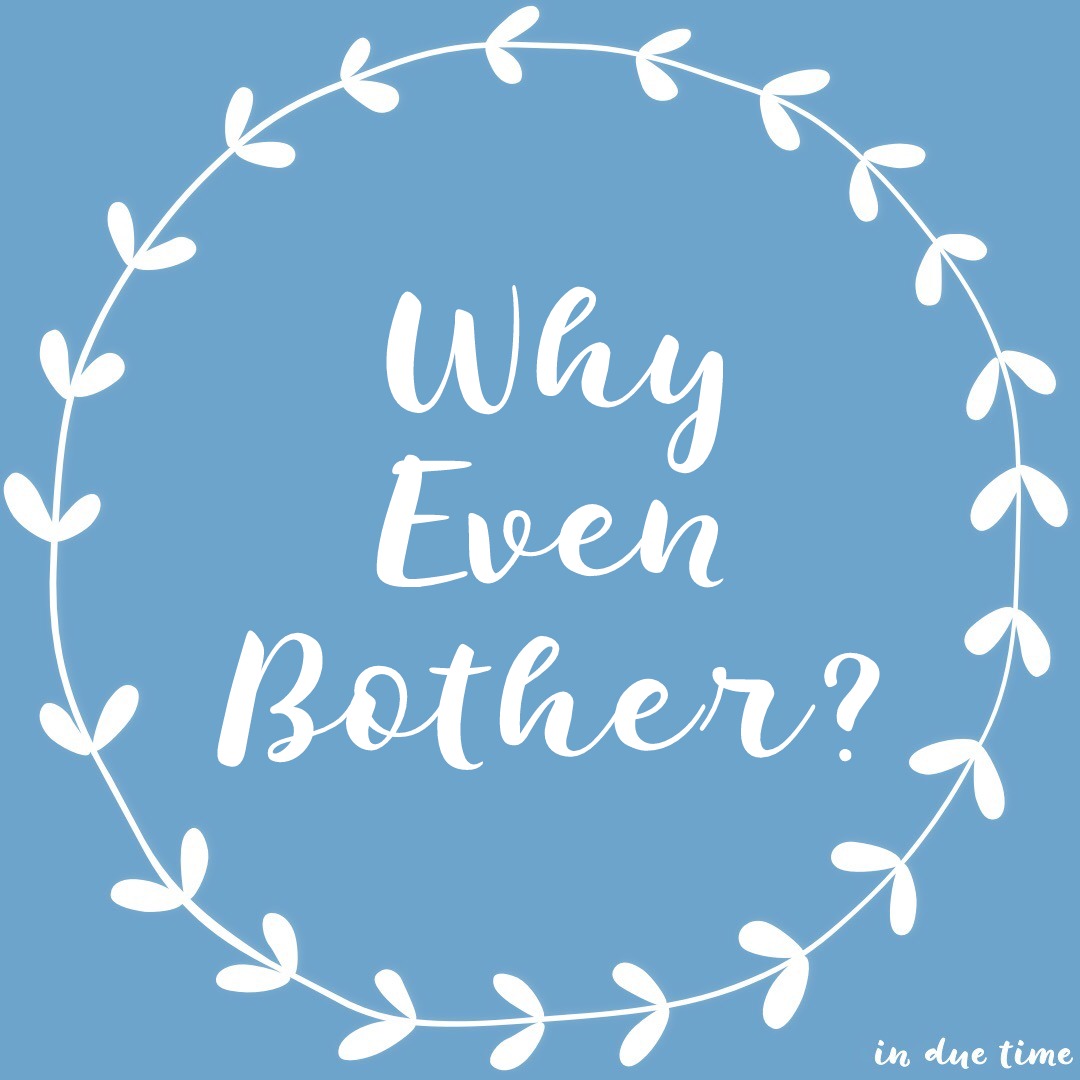 Who is waiting for a healing? I’m waiting for babies, but I know so many people, including perhaps you, are also waiting for a miracle. If you are like me and have had to wait over 5 years, you might have come to a point in your journey when you have wondered “why should I even bother asking?”

You aren’t alone because in Mark 21, Jairus asks Jesus to heal his dying daughter. Jesus agrees, but while they are on the way to the house where his daughter is, they receive an interruption by the woman who was bleeding for 12 years, who asks Jesus for healing as well. When we fast forward to verse 35, which I have below, after the healing of the other lady, Jarius was told that due to the delay his daughter was now dead. Can you imagine? Have you ever felt like God missed the perfect time to perform the miracle and now it is just too late? At this point, Jarius feels hopeless, as would I. And then his first question after hearing the bad news is “why bother the teacher anymore?”

While Jesus was still speaking, some people came from the house of Jairus, the synagogue leader. “Your daughter is dead,” they said. “Why bother the teacher anymore?” Overhearing what they said, Jesus told him,“Don’t be afraid; just believe.” He did not let anyone follow him except Peter, James and John the brother of James. When they came to the home of the synagogue leader, Jesus saw a commotion, with people crying and wailing loudly. He went in and said to them, “Why all this commotion and wailing? The child is not dead but asleep.” But they laughed at him. After he put them all out, he took the child’s father and mother and the disciples who were with him, and went in where the child was. He took her by the hand and said to her, “Talitha koum!” (which means“Little girl, I say to you, get up!”). Immediately the girl stood up and began to walk around (she was twelve years old). At this they were completely astonished. Mark 5:35-43

Isn’t that a question we can easily ask or perhaps it’s a question you ask on a regular basis. Why bother asking God to make my marriage better, when my spouse doesn’t treat me well? Why bother giving to the church, when I struggle financially? Why bother praying for my kids, when they are so caught up in drugs it feels like there is no hope? Or in our case, “why bother praying for a miracle child when doctors have given us little hope and it hasn’t happened yet?”

You might be praying and feeling like the skies are getting a little darker, instead of brighter. You might even feel as though God isn’t even there as your prayer goes unanswered month after month, year after year. God says “all things are possible”, but the only voice you might be listening to is the one in your ear whispering “why bother”? Or maybe like Jarius, you received a promise from God, and then while God is in the process of doing his miracle, there is a distraction that prevents it from happening.

In verse 36, after Jesus overheard the report of the daughter dying, Jesus told Jarius, “Don’t be afraid; just believe.”  Can you imagine hearing this from your Savior? Jarius was feeling confused, hopeless and fearfull. But Jesus spoke to him in the middle of his crisis and meltdown with five powerful words, “Don’t be afraid; just believe.”  As the story continues, Jarius kept his mouth quiet and decided to trust God (smart man, Jarius). The story ends when they go back to the house with Peter, James, and John, and Jesus resurrects Jarius’ daughter, just as he had promised.

I love this story because it sets the tone of how we should handle our situations. I think it’s so important to ignore the fear and voices within and ignore the negative comments from doctors or even discouraging words from friends and family that you know don’t line up with God’s Word. Instead of living in fear, live in faith and “just believe.” There are plenty of scriptures and stories in the Bible where Jesus and the disciples could have said ”why bother?”  but instead they remained steadfast and kept on asking and believing. Those 5 words should be the core foundation of what you say in every situation you are in, “Don’t be afraid; just believe.” 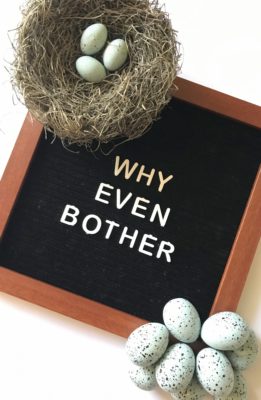