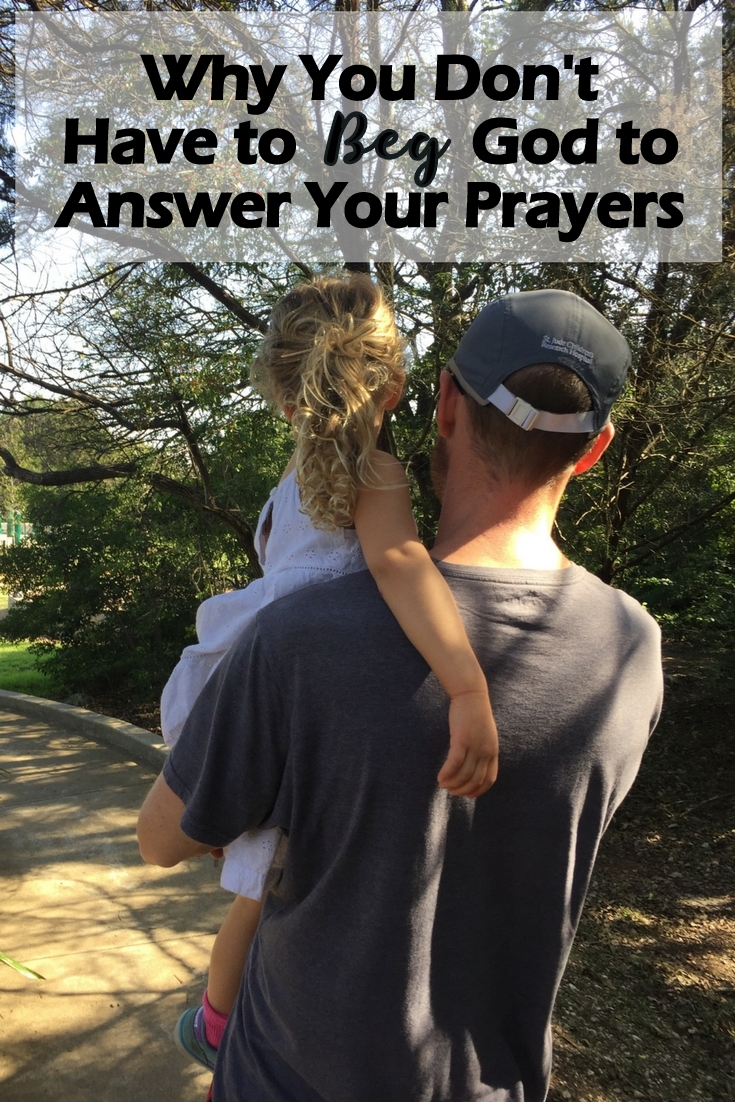 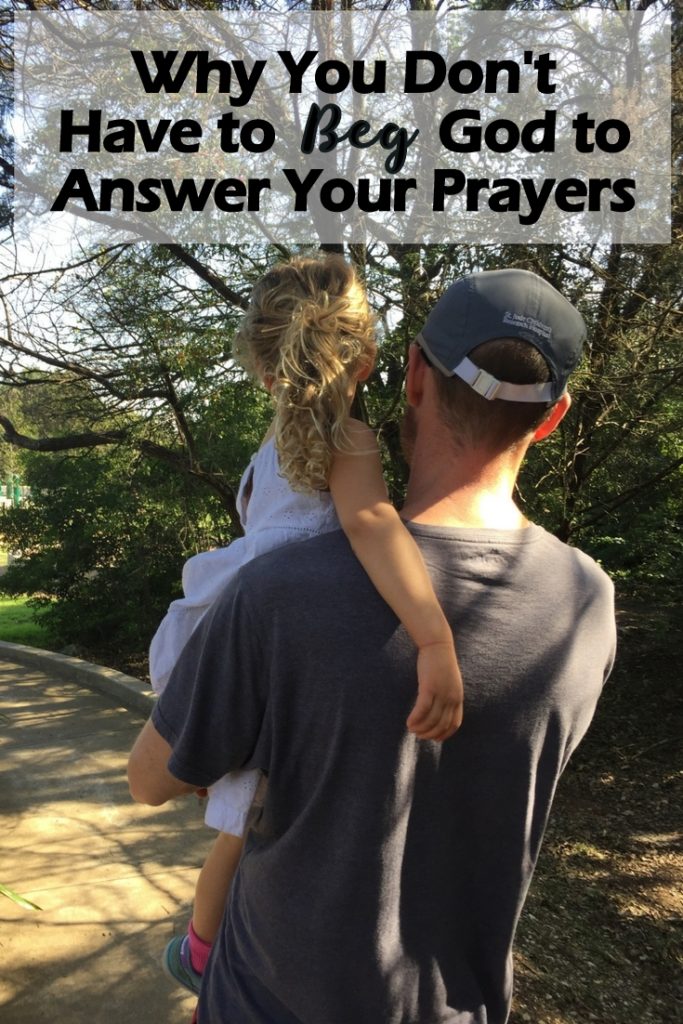 Do you realize what a privilege it is to pray? I mean really? You have a Father who loves you so much that he loves when you communicate with him. Not only does he love it, but he desires it.

Prayer has always been a priority to me, but it’s taken a whole new level of interest since Colby and I received negative news a few weeks ago. And over the past few weeks, when the feeling of fear creeps in, I keep going back to what the Father spoke to me in December of 2017. Towards the end of last year, I remember telling him, errrr begging him that I wanted a baby. I was so desperate that I begged.

Talk about having an orphan spirit! Thankfully God revealed to me that the only reason I was begging him was because I lost site of who he was as my Father and who I was as his daughter. Let me say it this way:

When you know who your Father is, you don’t have to beg.

Did you get that? When you know who your Father is, you don’t have to beg him.

The reason most people beg God for something? It is because they are operating from an orphan spirit which is rooted in fear. But, when you talk to God, there is no need to manipulate or plead. Instead, you have the privilege to approach Father in confidence and expectation.

“This is the confidence we have in approaching God: that if we ask anything according to his will, he hears us. And if we know that he hears us—whatever we ask—we know that we have what we asked of him.” 1 John 5:14-15

Orphans beg their daddies because they don’t understand their place in the Kingdom. But adopted sons or daughters? They approach their daddy in confidence knowing he is who he says he is and he will do what he says he will do. Stop begging and instead start asking in confident expectation.

Other posts on the topic of prayer:
Bowl of Prayers
Every Prayer Matters
10 Psalms to Pray When You Have No Words
When You Don’t Know What to Pray
When God Doesn’t Answer Your Prayers
Praying Bold Prayers