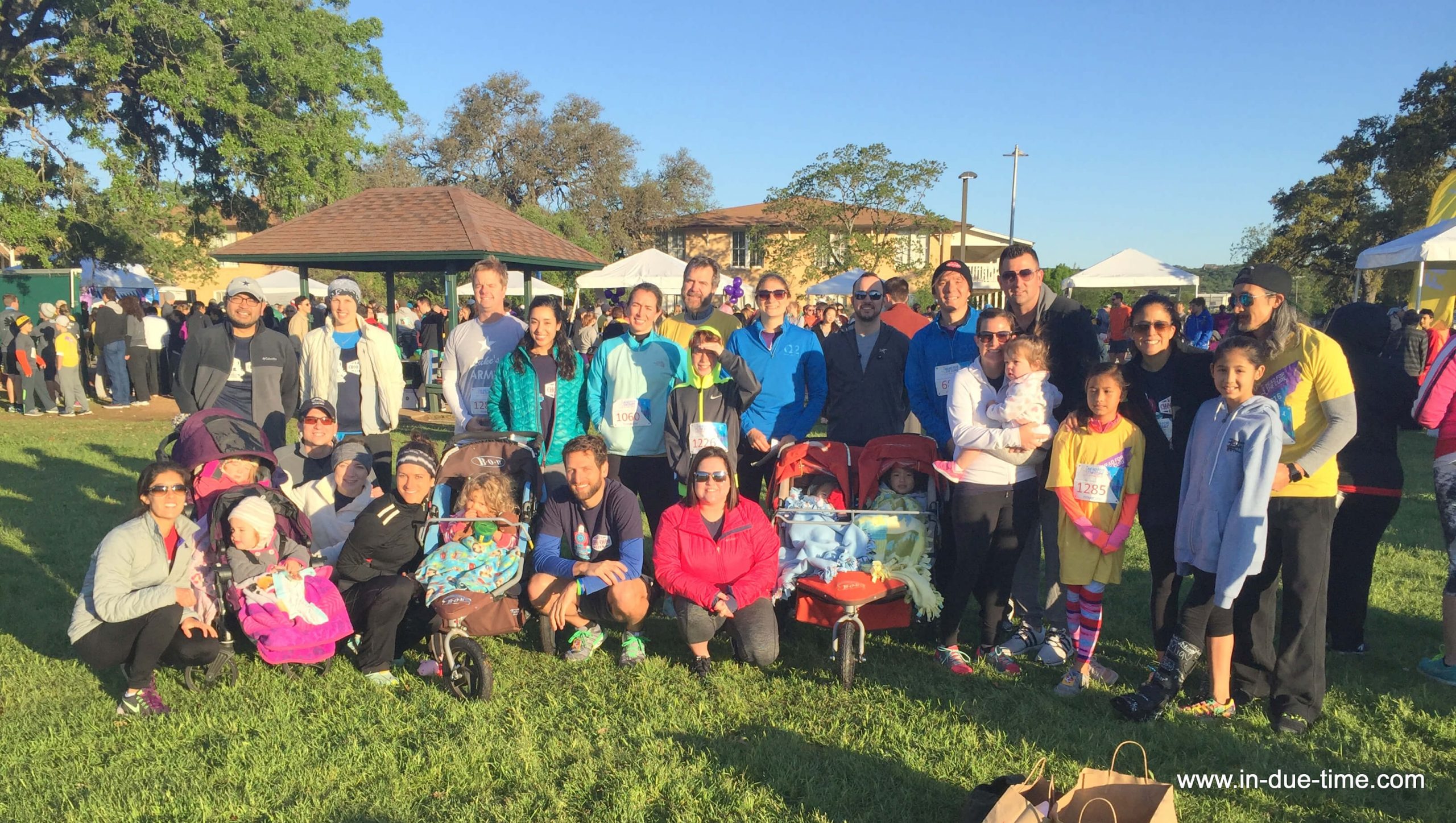 This past weekend we drove to Austin to visit my brother, sis-in-law, and my niece and joined them in both the Head for the Cure 5K and the St. Baldrick’s Pediactic cancer fundraiser. Both events raised a combined total of $200,000 for cancer which is just amazing.

Head for the Cure

This was our 5th Head for the Cure race to run since our sweet Kai passed away. Even though I hurt my foot at my half-marathon, I am stubborn and decided to run anyway. This was the first 5K that Colby went and ahead and beat me, but when we got our times back it said that I beat him (hehe), so we are wondering if they switched the chips they gave us? Regardless, ‘his’ time (or maybe my time) got me 3rd place, so I will take it. Here is team Kai and other pictures from the morning. 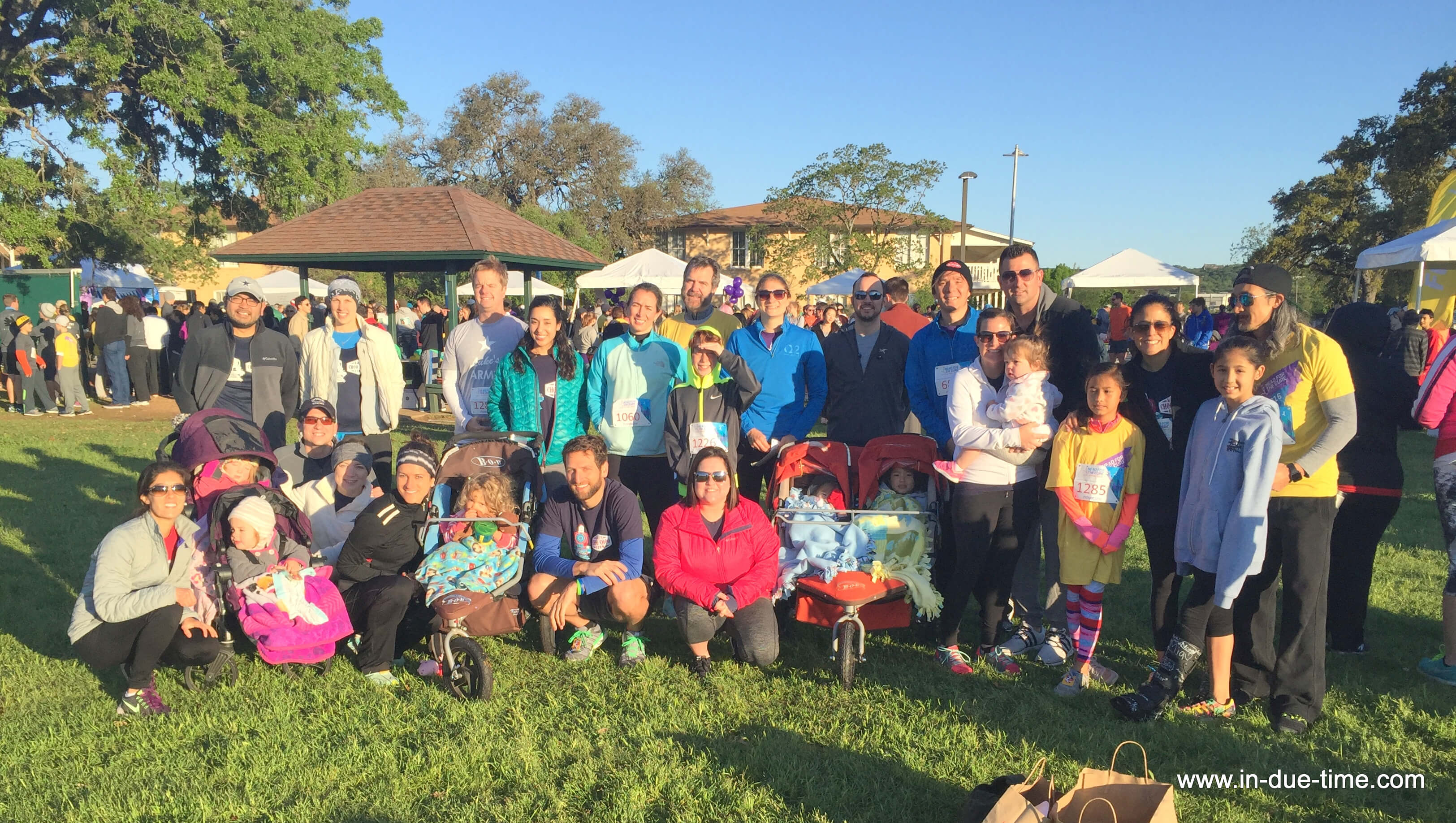 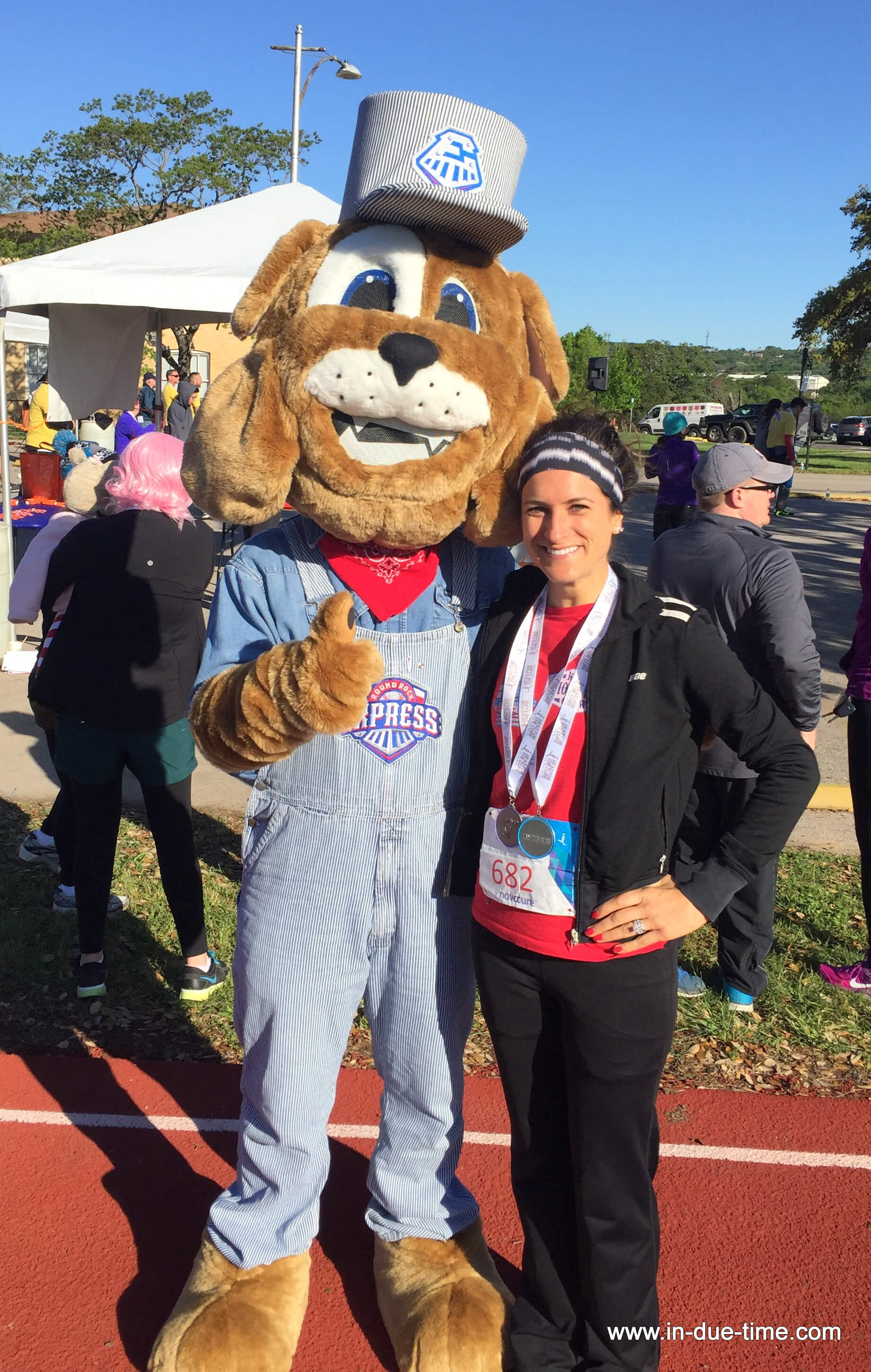 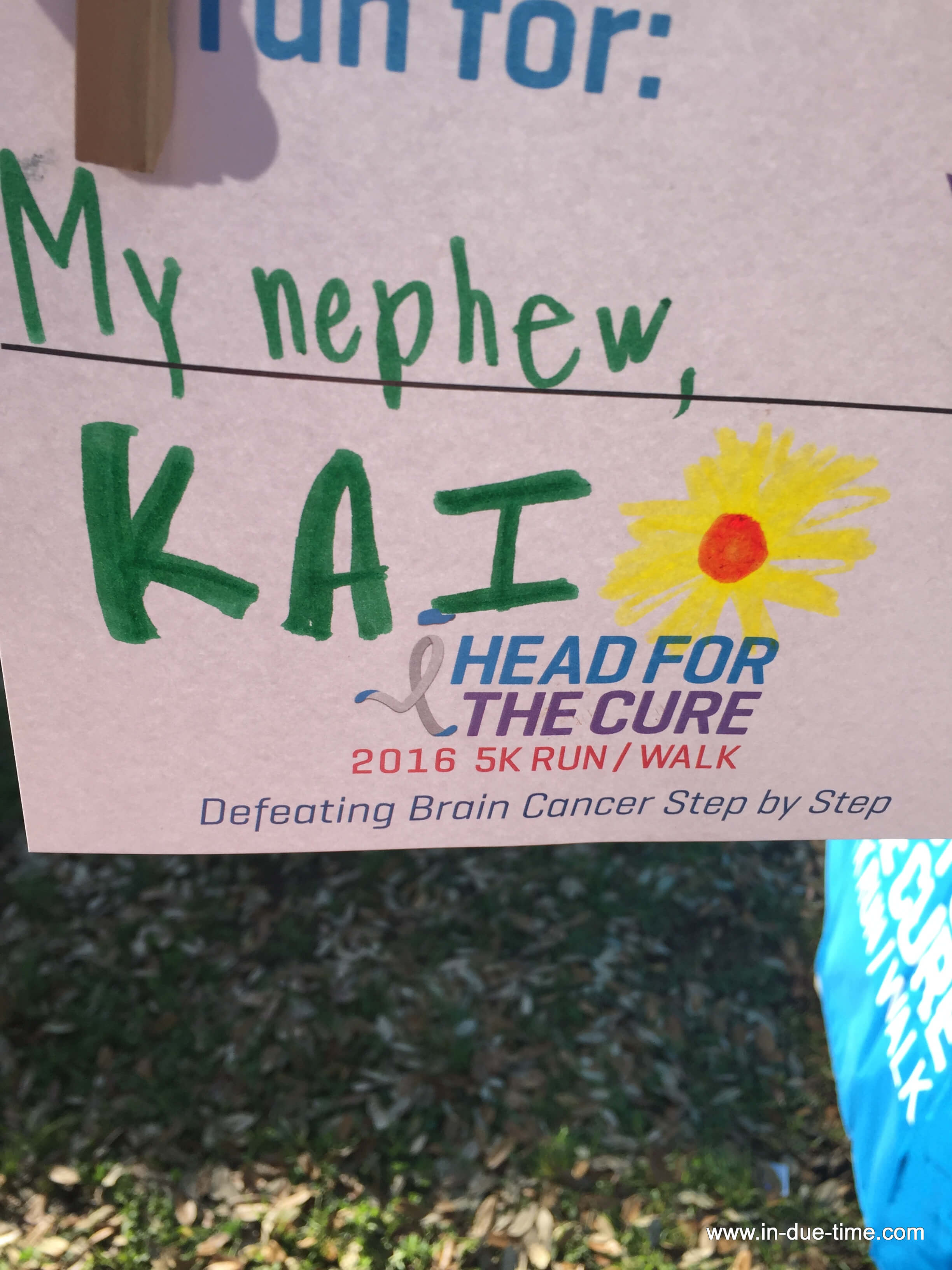 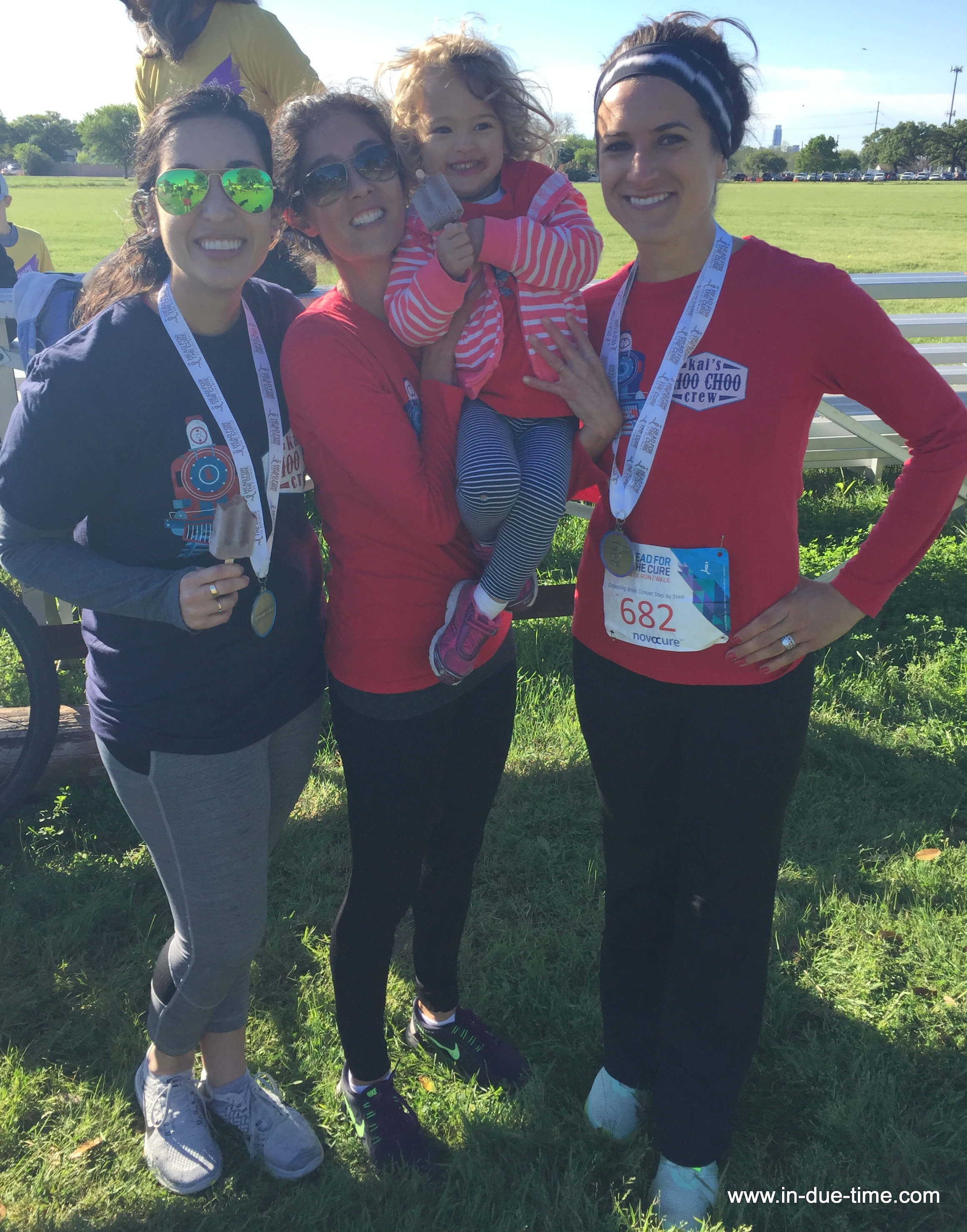 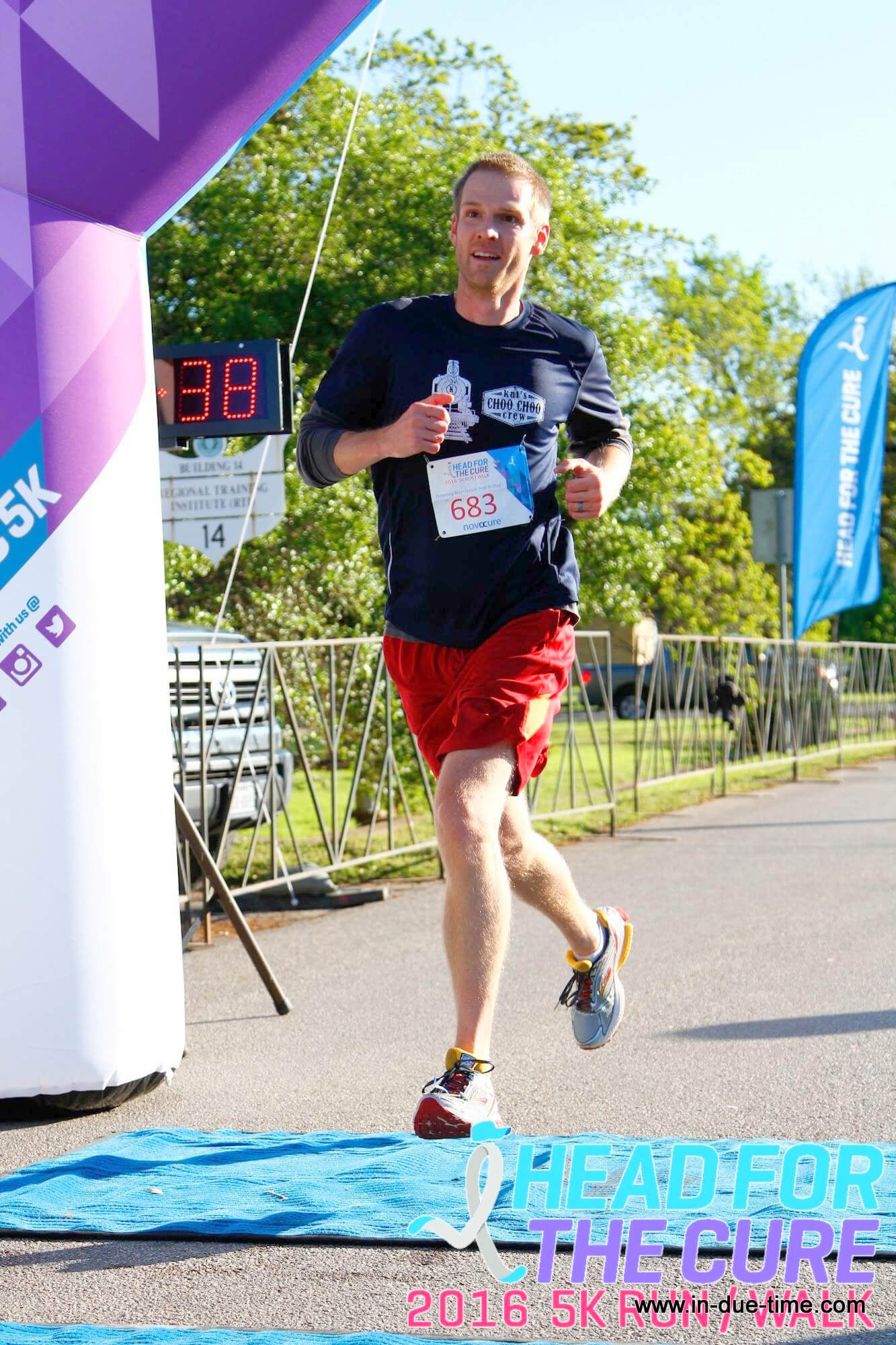 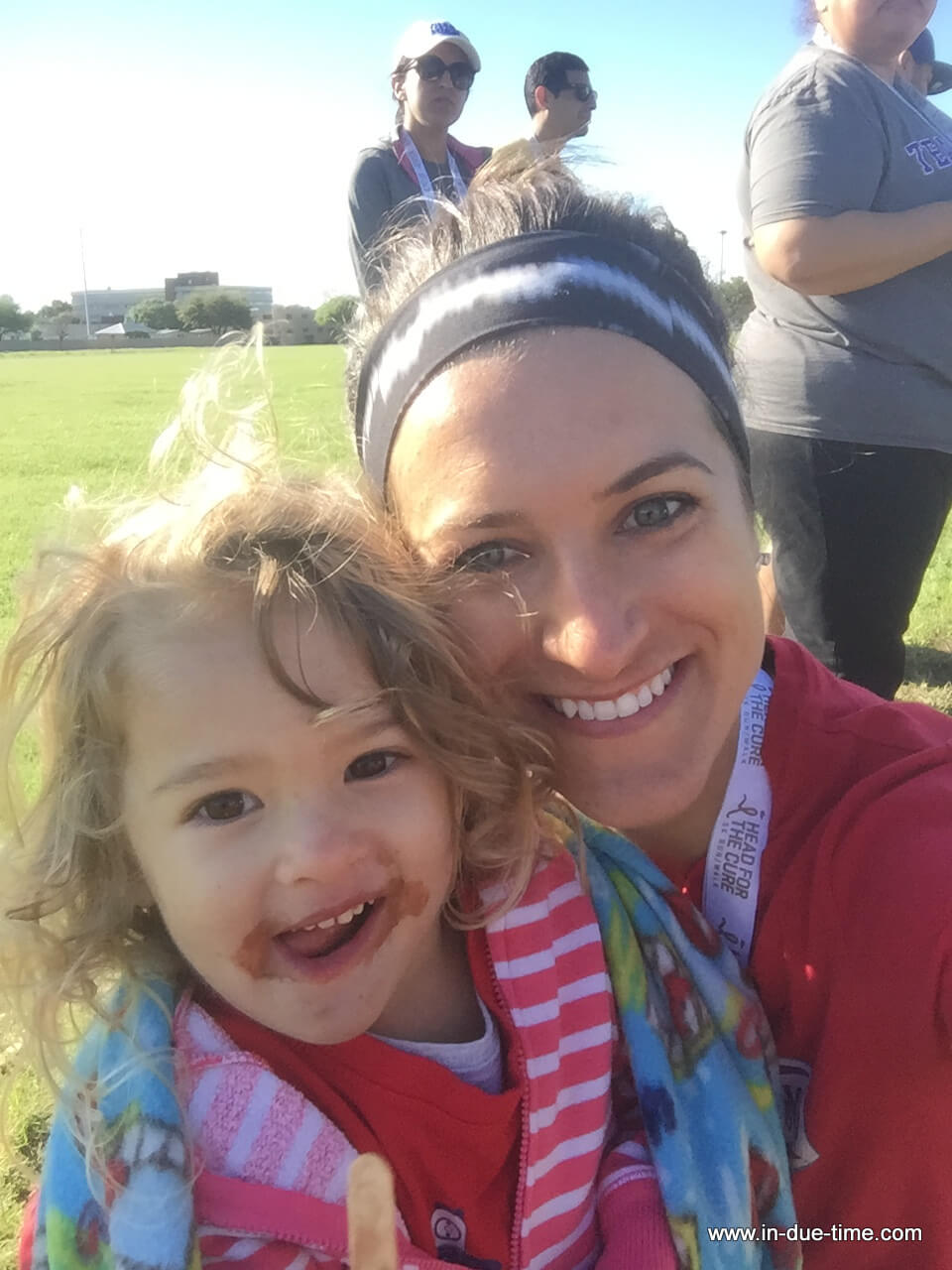 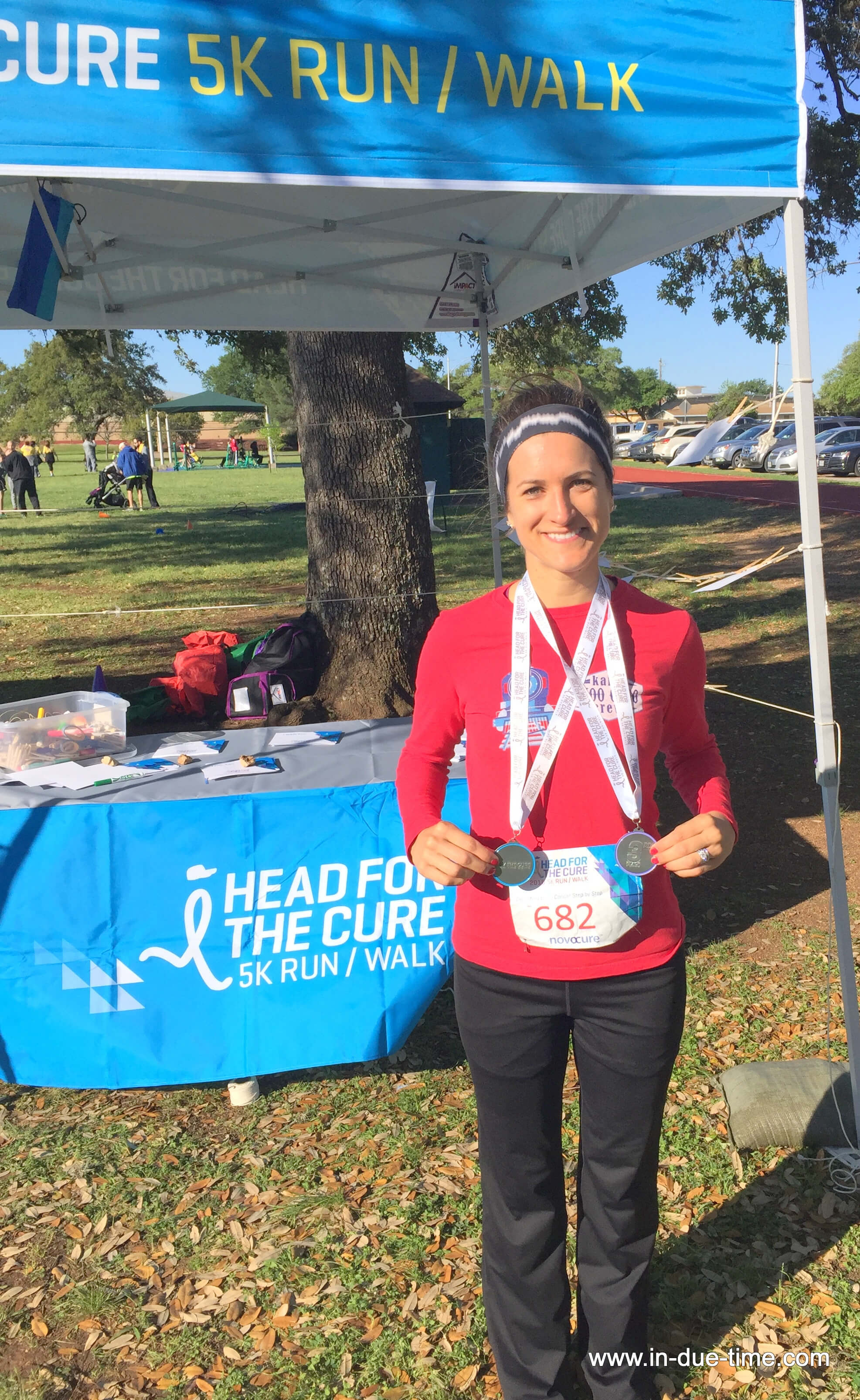 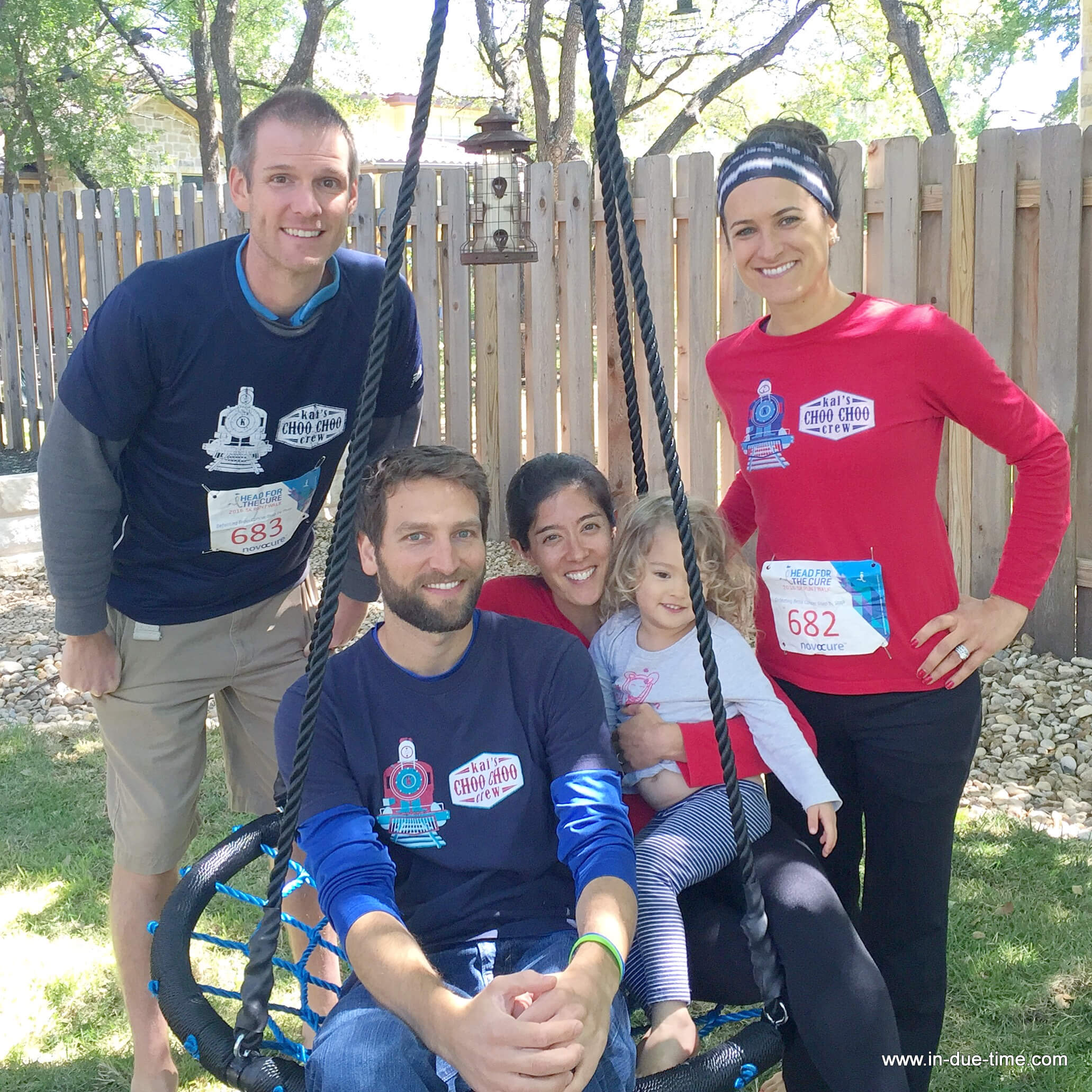 My brother had told us about the St. Baldrick’s ‘Brave the Shave’ event and a few days before heading to Austin and Colby decided to join the team, help raise money for the event, and shave his head in honor our our nephew. The event raised a total of $80K. It was an emotional afternoon, as there were both stories of triumph and loss. There was a tremendous turnout and it’s always refreshing to see so many people to come together for such a great cause. Of course, it helped that the sun was shining too! 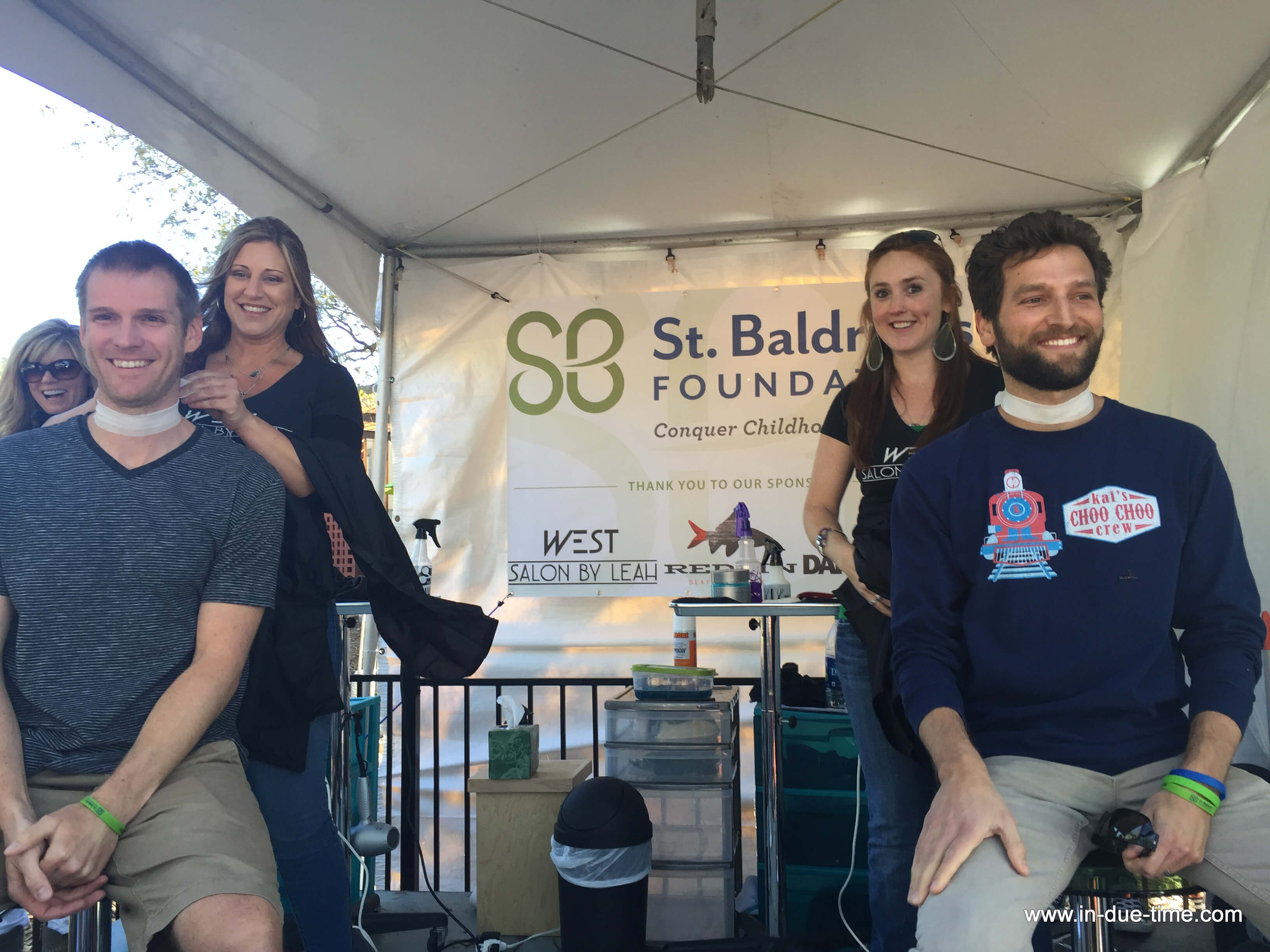 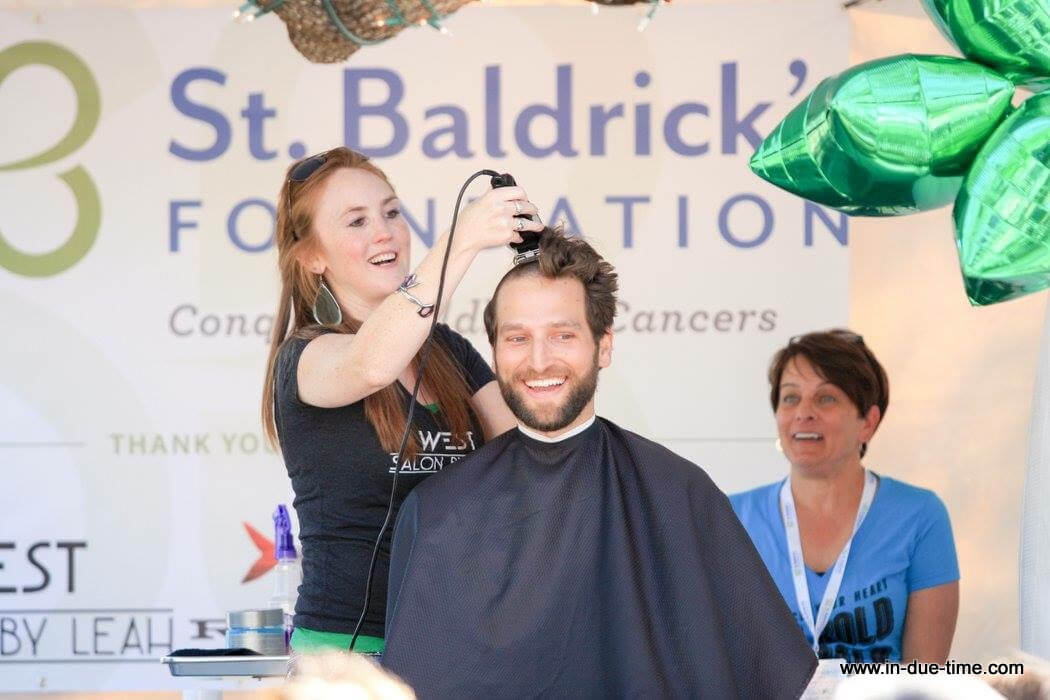 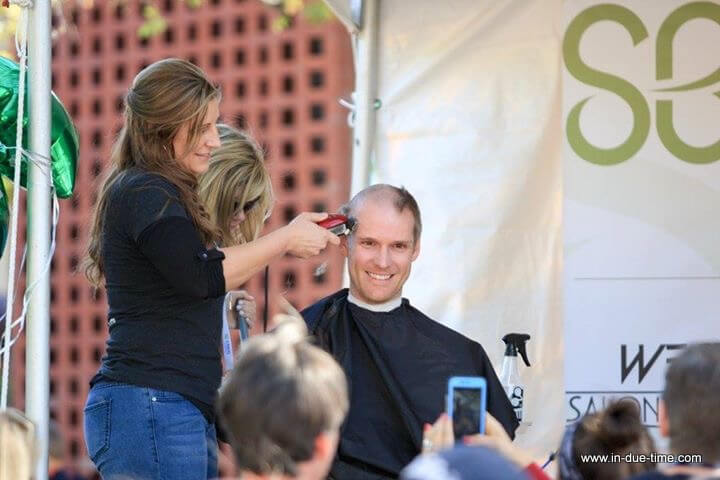 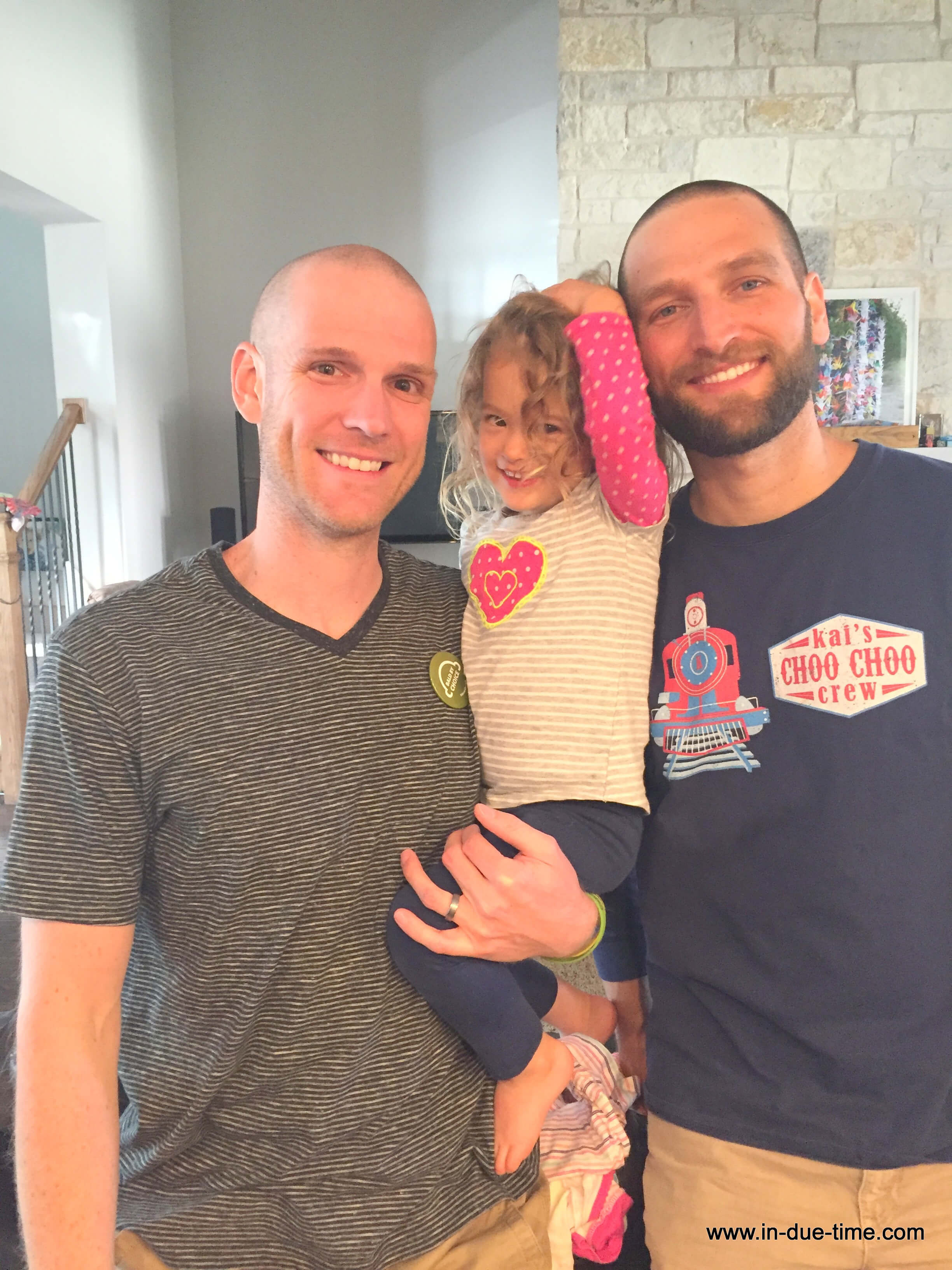 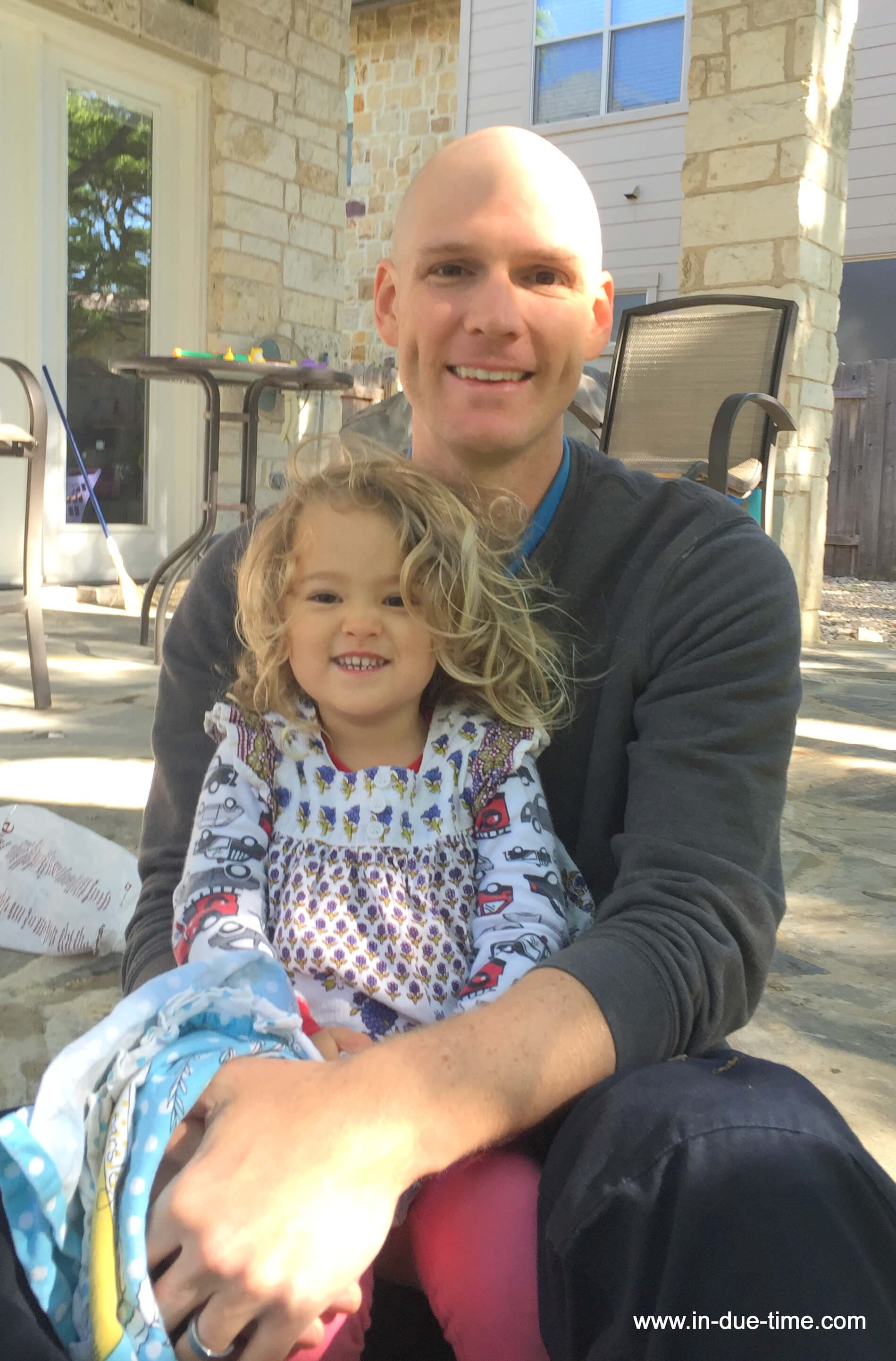 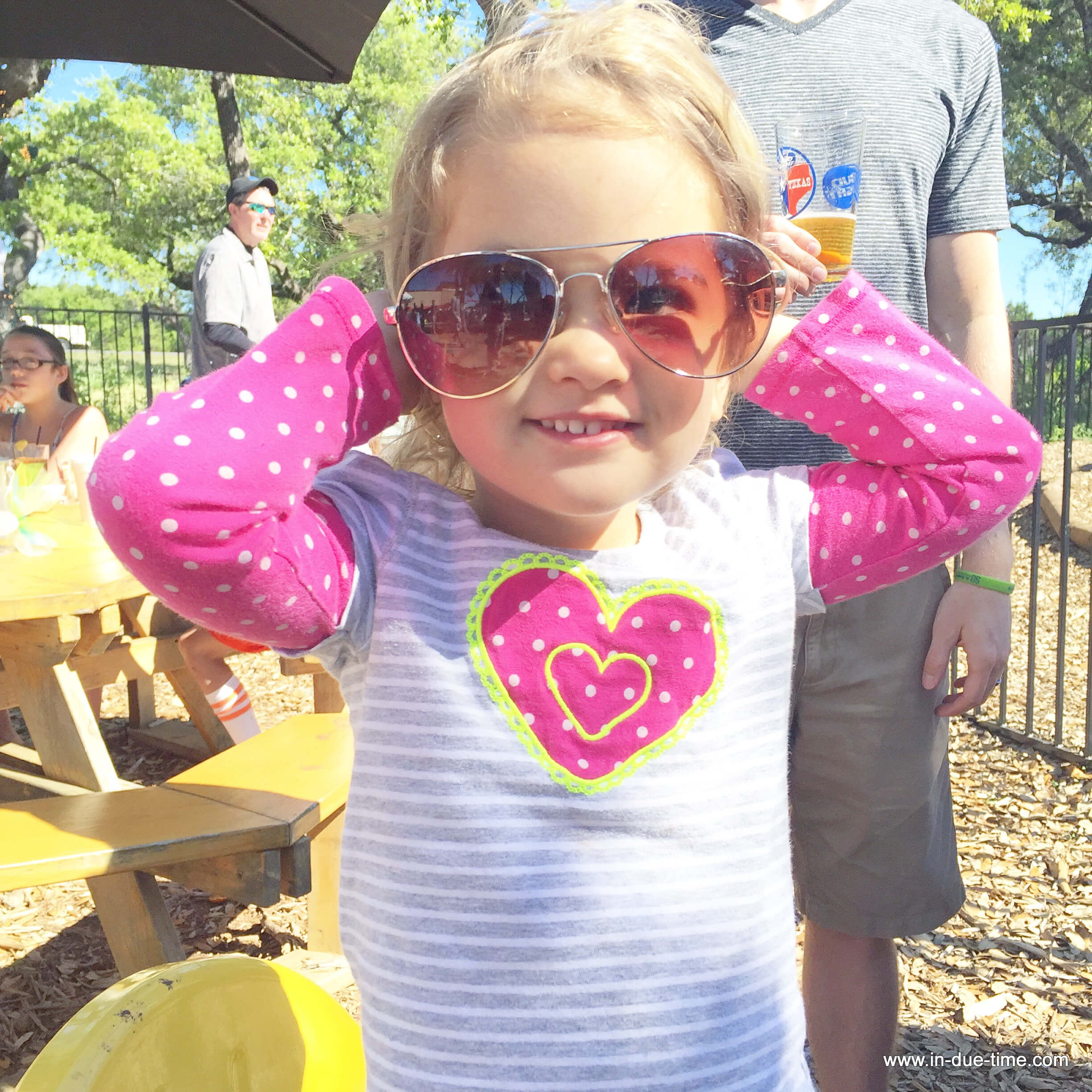 Have you done any fundraiser races or events? Would you ever shave your head for pediatric cancer? If you want to help out a good cause, you can join me in keeping my hair up top, but donating the rest of your hair instead!