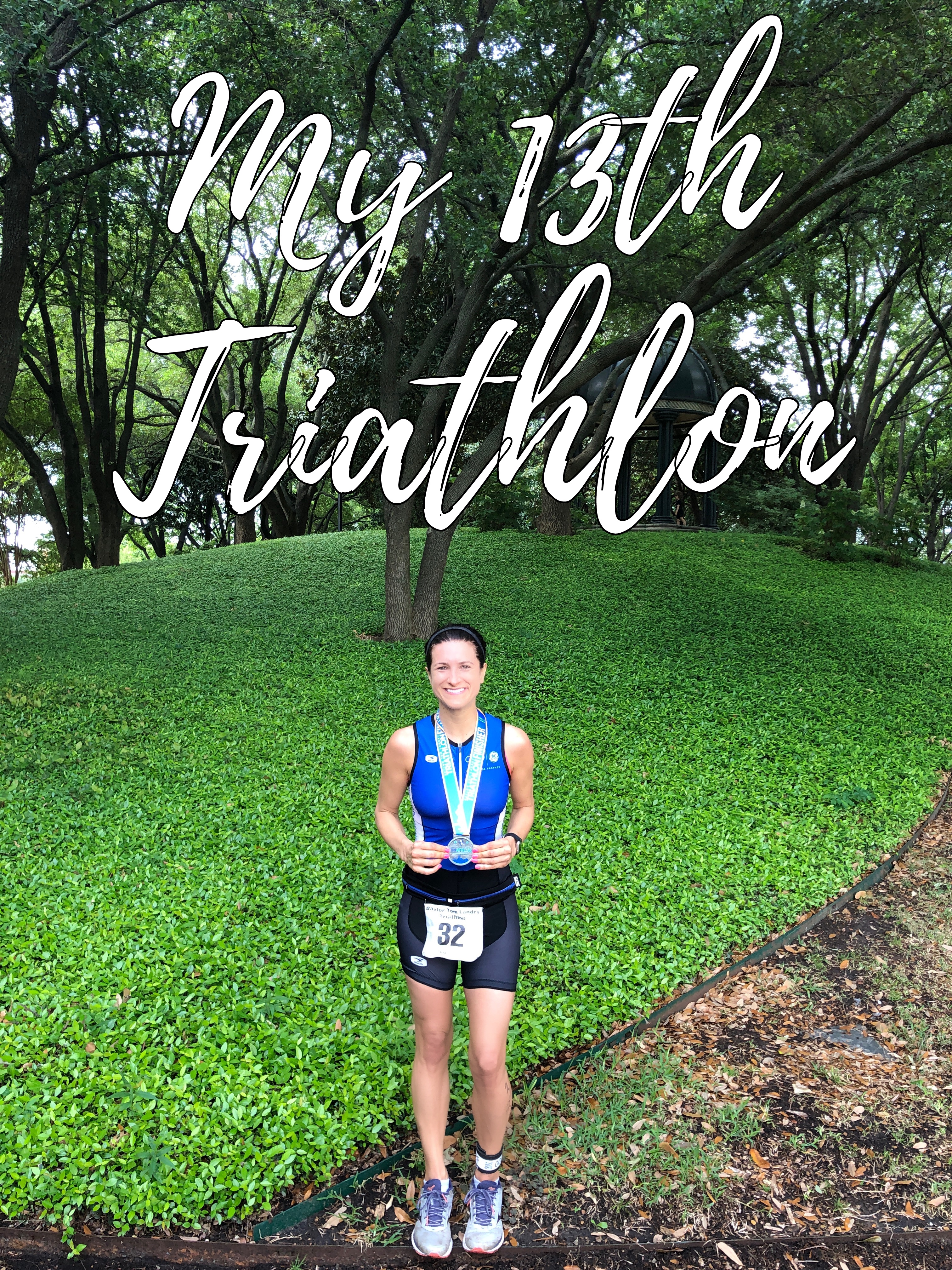 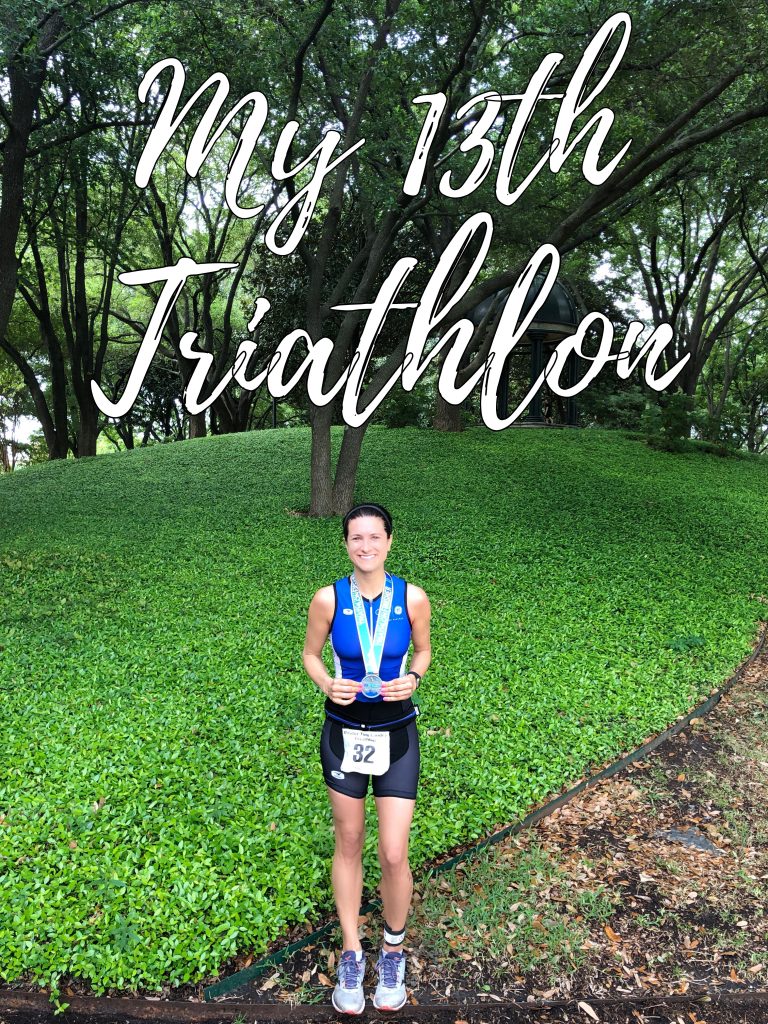 This past weekend I competed in my 13th Triathlon. It was the Baylor Tom Landry Triathlon, which was hosted by Tri-Now Endurance. It was my first time to do this race and course. It had been awhile since I had done a new race course, so I was excited for this race!

When I arrived at the race site I realized I had a flat. This is the 3rd time this has happened. Thankfully there was someone there to help me replace my tube, otherwise I would not have been able to race. Due to the time it took to get fixed I was rushing to get all my gear in place but I ended up having plenty of time as the race was delayed due to weather.

I have never seen a race so organized and for this race they actually wanted you to enter the swim based on your swim time. I was towards the front of the line so I got to start pretty soon after the official race start which makes a huge difference. The swim started off well, but half way through it got crowded and at the same time, I got tired. It seems like most races I have done I hit a panic moment while swimming, but I just tried to keep moving.

This is also the second race I have competed in where you have to go down and back in the same lane which I just don’t love as it gets too crowded and it’s harder to keep track. The good news is, I made it to the end! Once I got out of the pool I started dry heaving. I guess that is what happens when you are out of shape. Regardless I still ended up in the top 12% of the swimmers, which is actually a little worse than my usual but I was hurting so I’m not surprised! 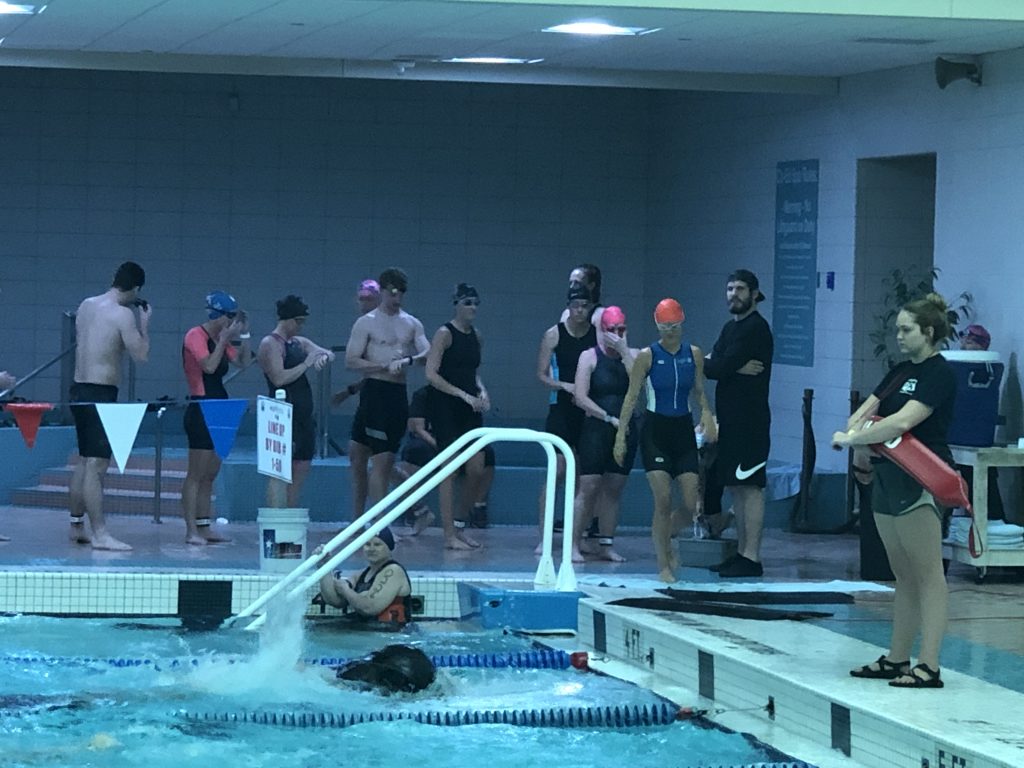 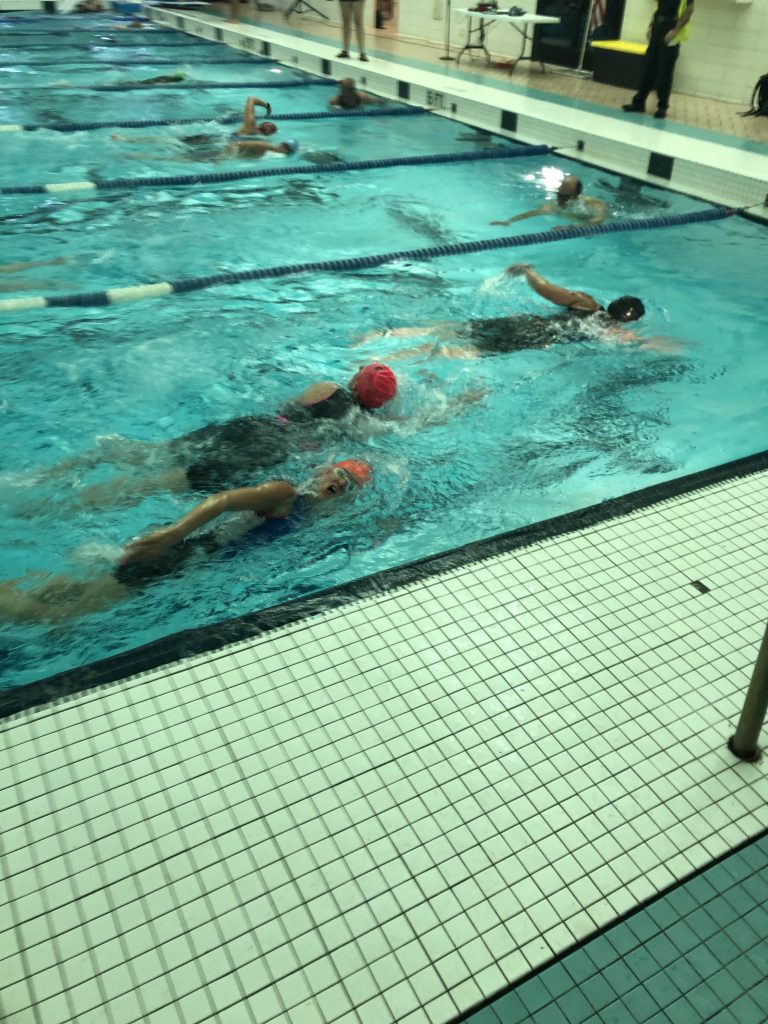 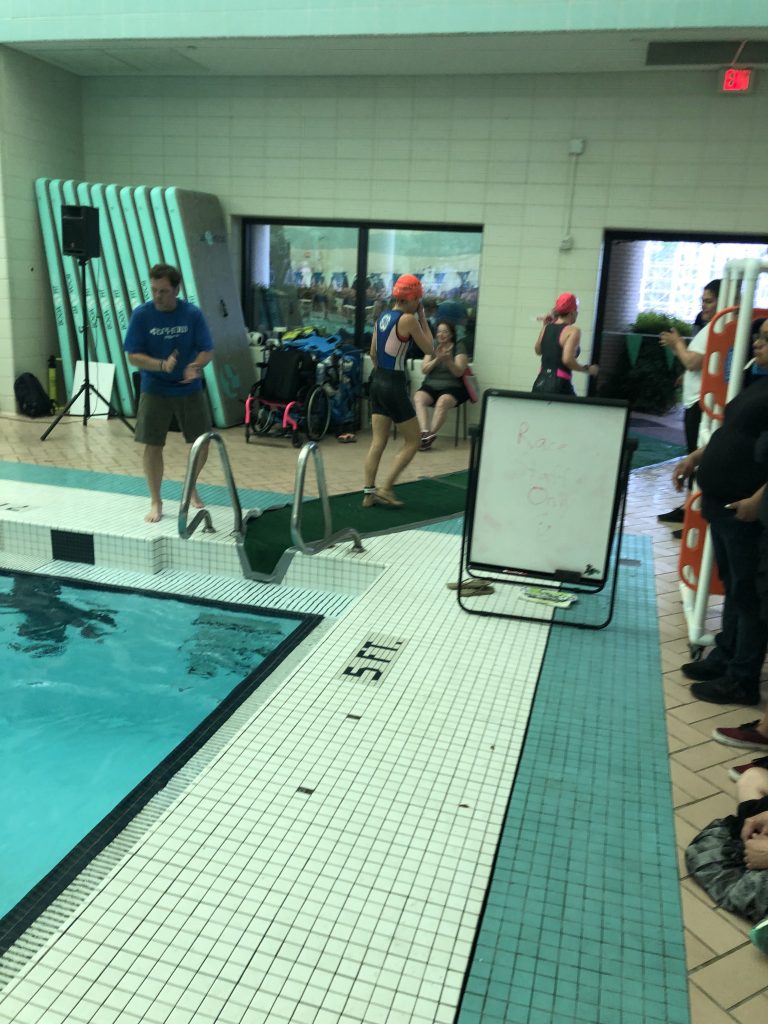 The bike went well, for the most part! The course was two loops totaling 12.5 miles. Biking is by far my least-favorite and part of that might be due to the fact that I’m slow and I need a new bike! Anyway, I was glad when the bike portion was over! 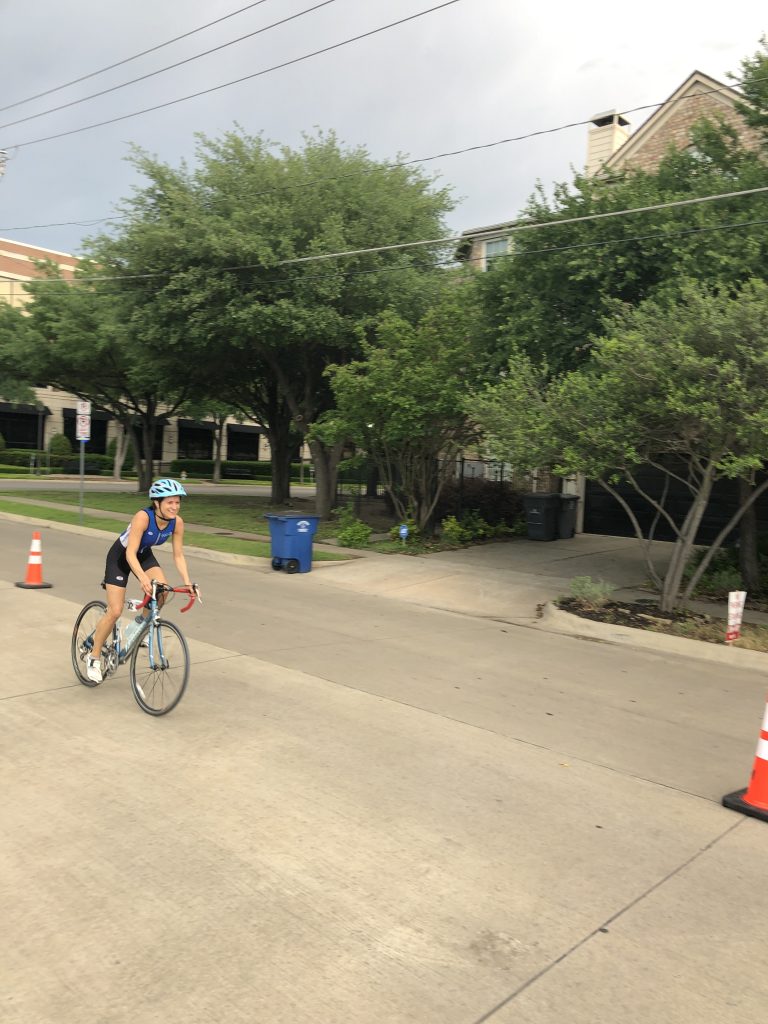 The run seemed to go by fast although I had a stitch in my side the majority of the time, so I literally held my side the whole way! Let’s just say I was so glad to see the finish line at the end. 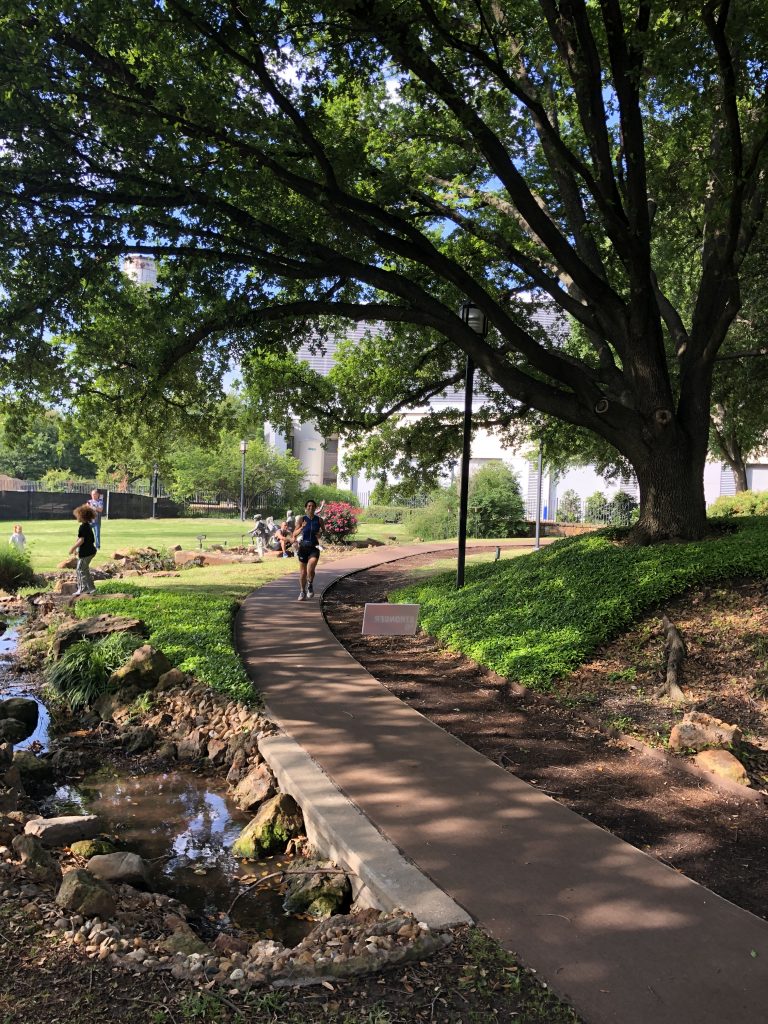 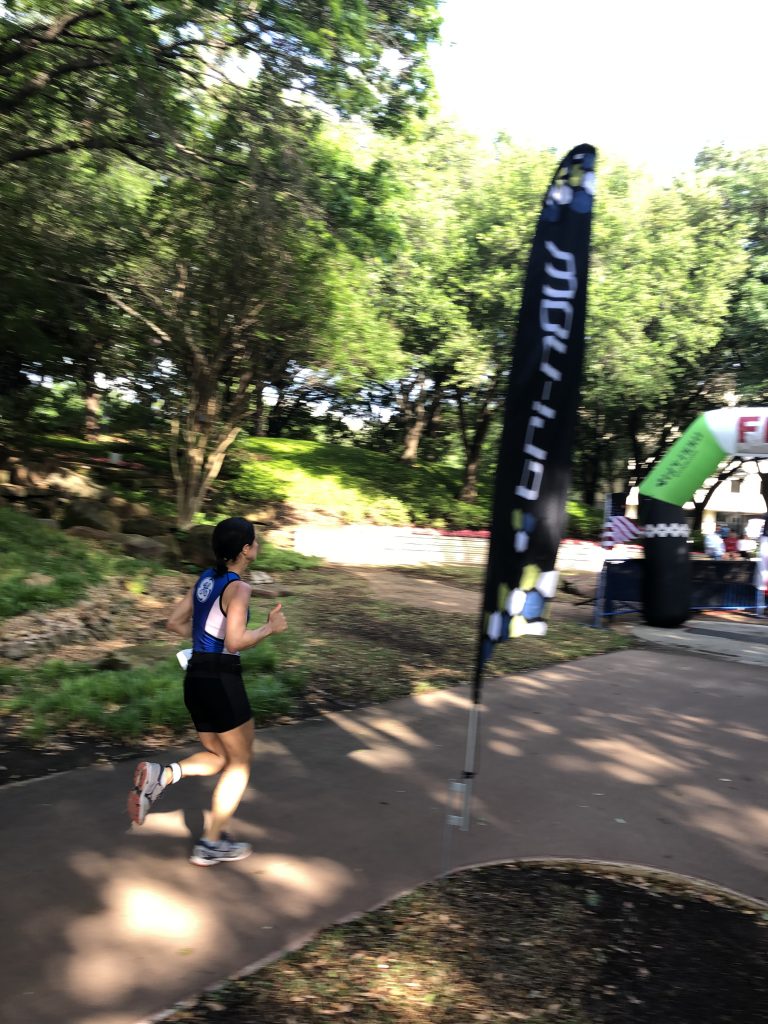 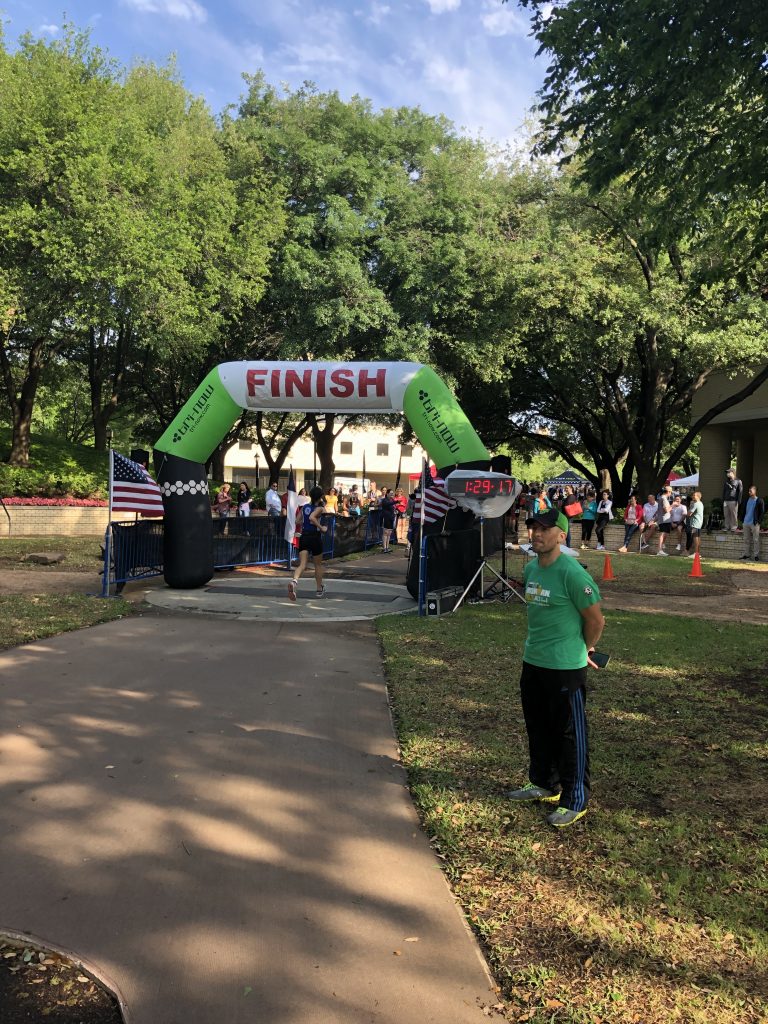 Overall I ended up finishing 4th place which I was definitely surprised about and thankful for! It was so nice to have Colby there to cheer me on and take pictures.

At this time I don’t have any other races planned, however I am hoping to do the aqualthon that Trinow hosts which is a 1 mile swim, followed by a 6 mile run. We will see! 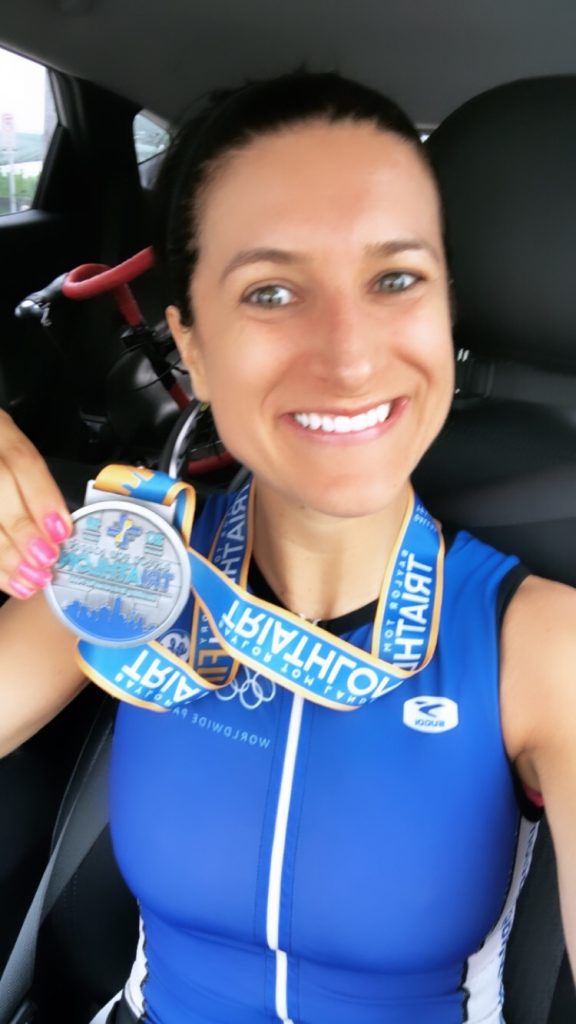 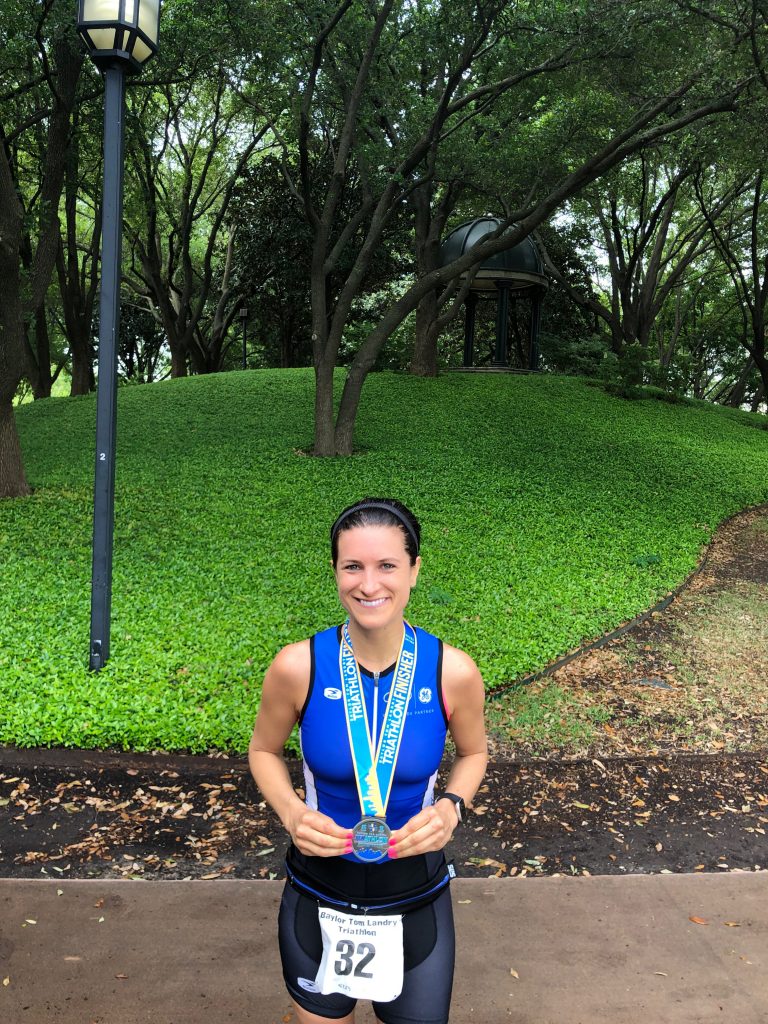 ——
If you want to see other races I have done you can see them below (only sharing half-marathons, triathlons, and Head for the Cure races)

Did you see I launched a podcast? A Cup Full of Hope Podcast is now available for you to listen to!

If you are going through infertility, please head over to join the faith-based support group I founded, Moms in the Making!

Have you picked up a copy of my book? Buy In Due Time, a 60-day devotional for hope + encouragement in the waiting.

I created a group on facebook as an extension of my book + blog to discuss anything + everything. Women only! Come join us!