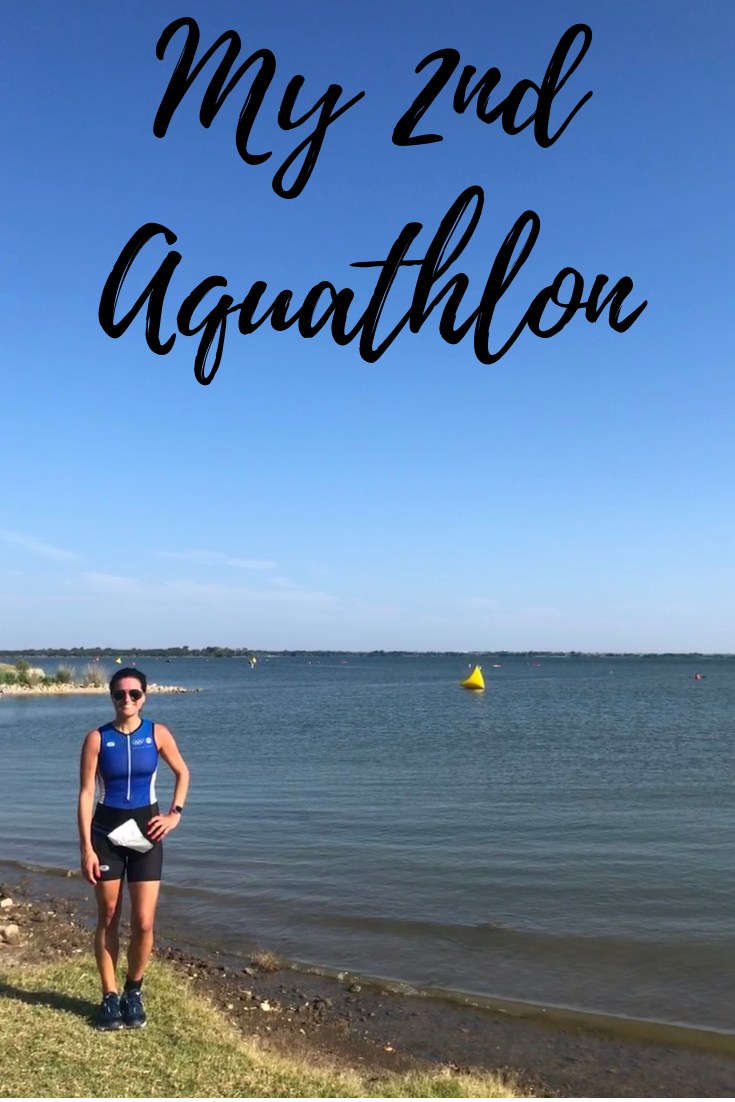 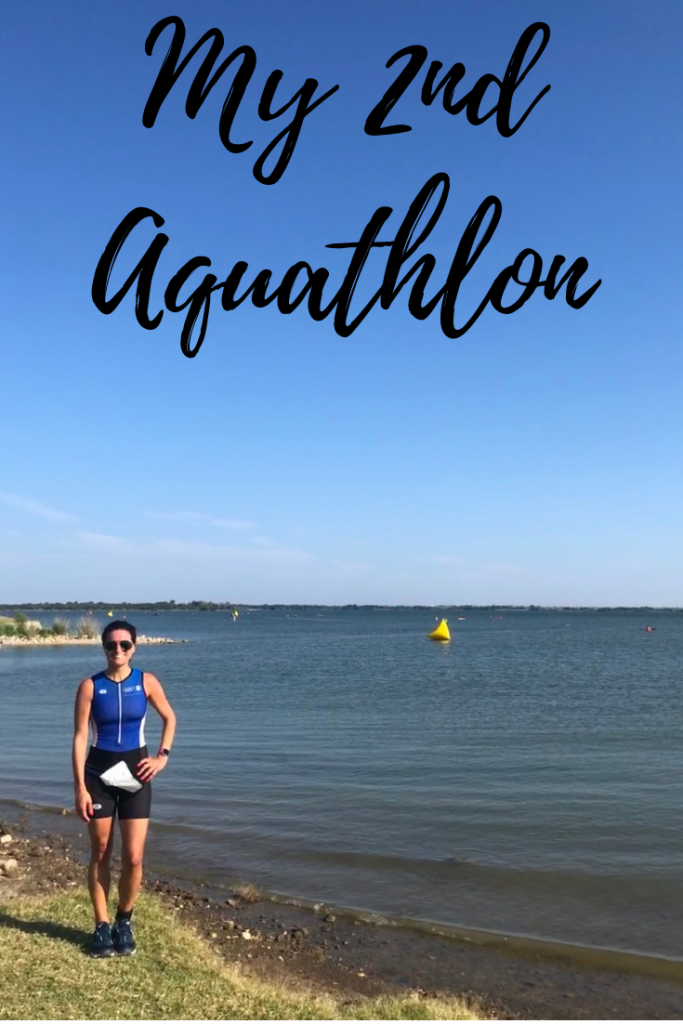 After realizing I could use my watch to measure the distance while training in the pool, so much changed for me! Leading up to race day, I had completed several pool 1-mile swims and although I know there is a huge difference between a pool swim and open water, I was feeling pretty good heading into the race.

I guess I shouldn’t have been too confident, because the swim turned out to be really hard. It was two loops and I actually debated quitting after the first loop. The main problem I had was with sighting. I could not see the buoys at all, especially with the sun in my face. There were two times I completed stopped and treaded water to try to find my bearings. I definitely had the thoughts of “what happens if I get too tired?”

The second lap actually seemed to go a little better than the first. I ended up pushing through and finished the swim, thank goodness. I was curious to know how far I actually swam, because it seemed as though I spent most of the time off course. I ended up getting 17th out of 53 people, so I’ll take it!

As mentioned, the swim was followed by a 6 mile run. Although I hadn’t run much lately, I knew I could cross the finish line. I however, was not prepared for the hills, at all! Who knew there were hills in Texas? I ended up walking quite a bit of it, and I definitely walked all the uphill portions. The best part was definitely going downhill.

My walk/run time was awful. I don’t even want to give it to you, it was so so so bad! In fact, my whole race was 20 minutes slower from when I did this same distance 4 years ago. Laughable right? 20 minutes is a very, very, very long time.

If it’s worth anything, my T1 time was only 1 minute and ranked 5th out of 53 people. Which seems crazy because I was so disoriented after the swim that I had to sit down to put on my shoes. Clearly that was the best part of my race!

Overall I got 3rd in my age group.. out of 5 people! Ha, We didn’t stay to receive my medal as we wanted to go to church, but all in all I was just so thankful to be finished! If I ever do a race like this again, I really hope the swim goes much better. 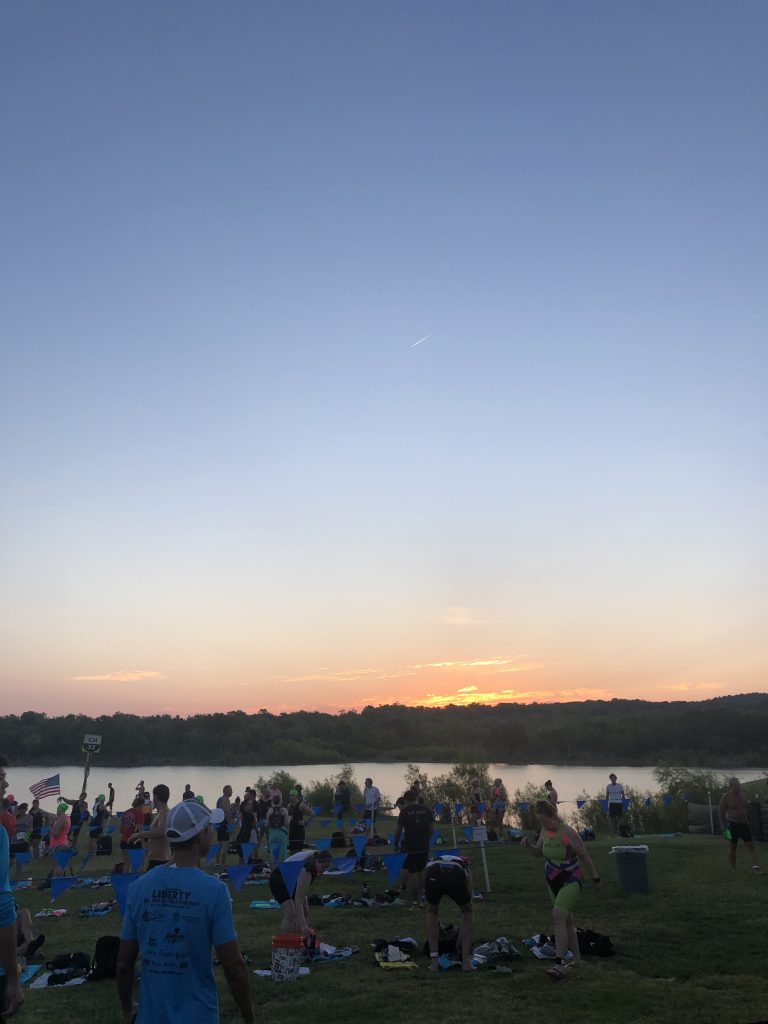 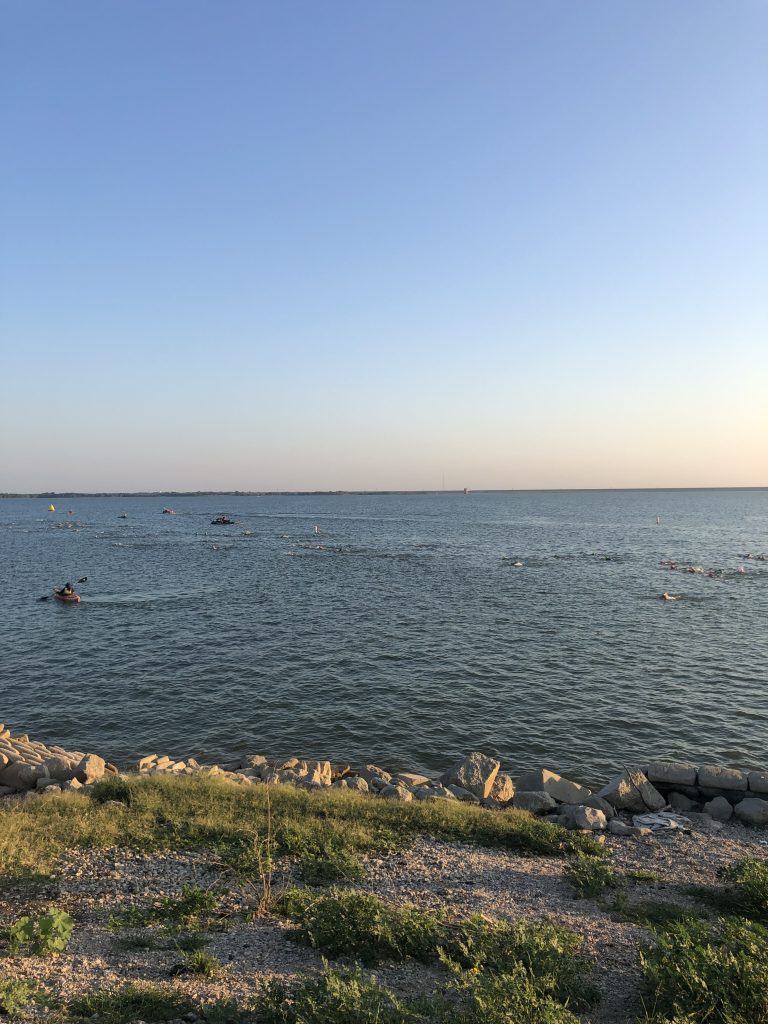 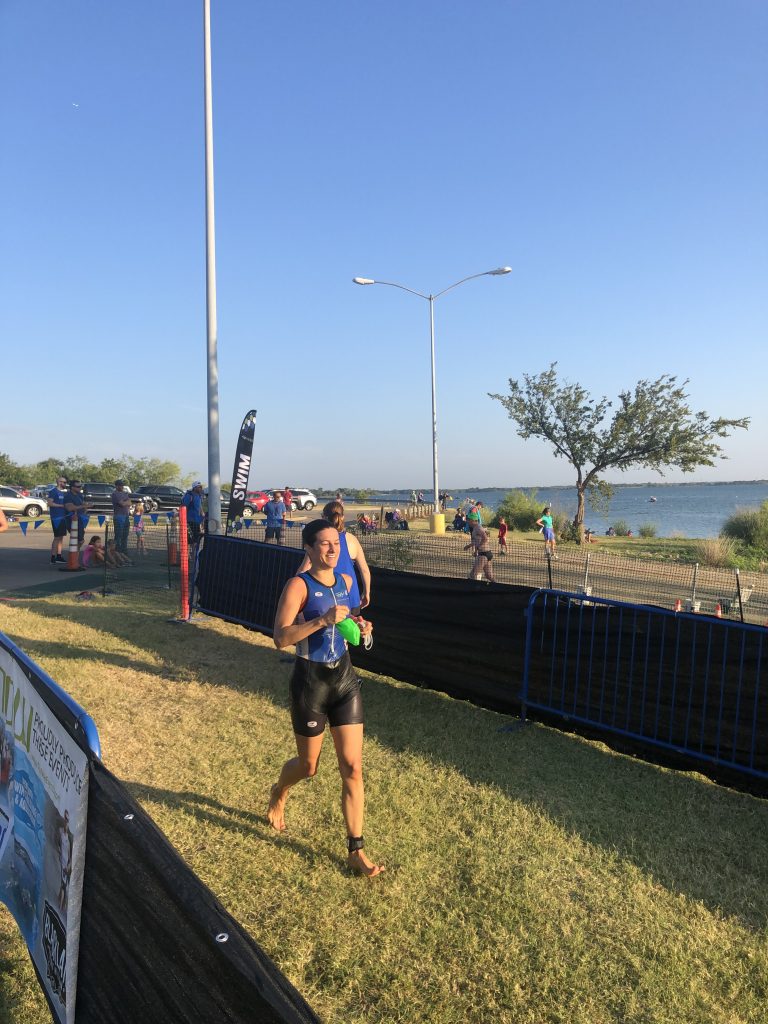 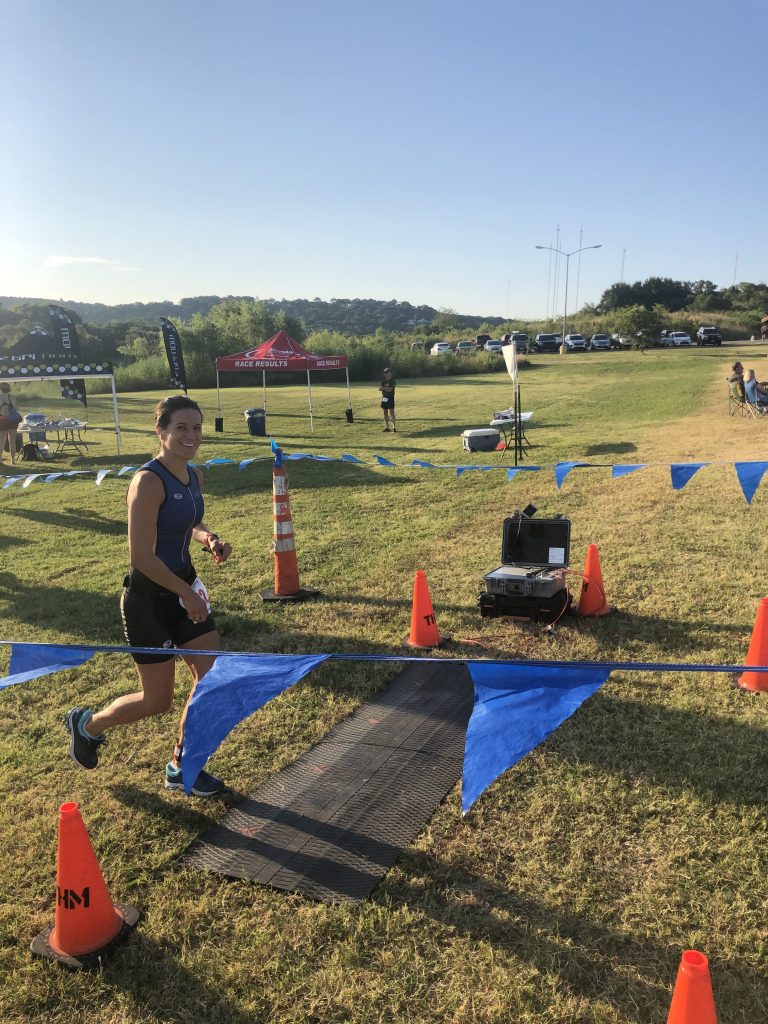 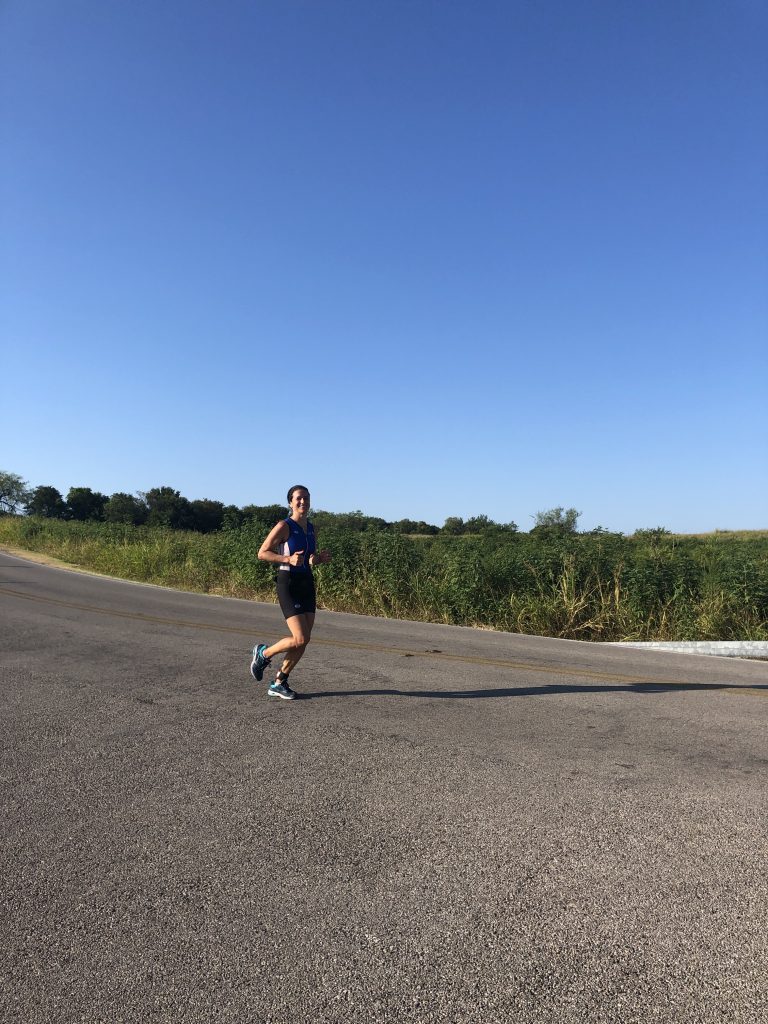 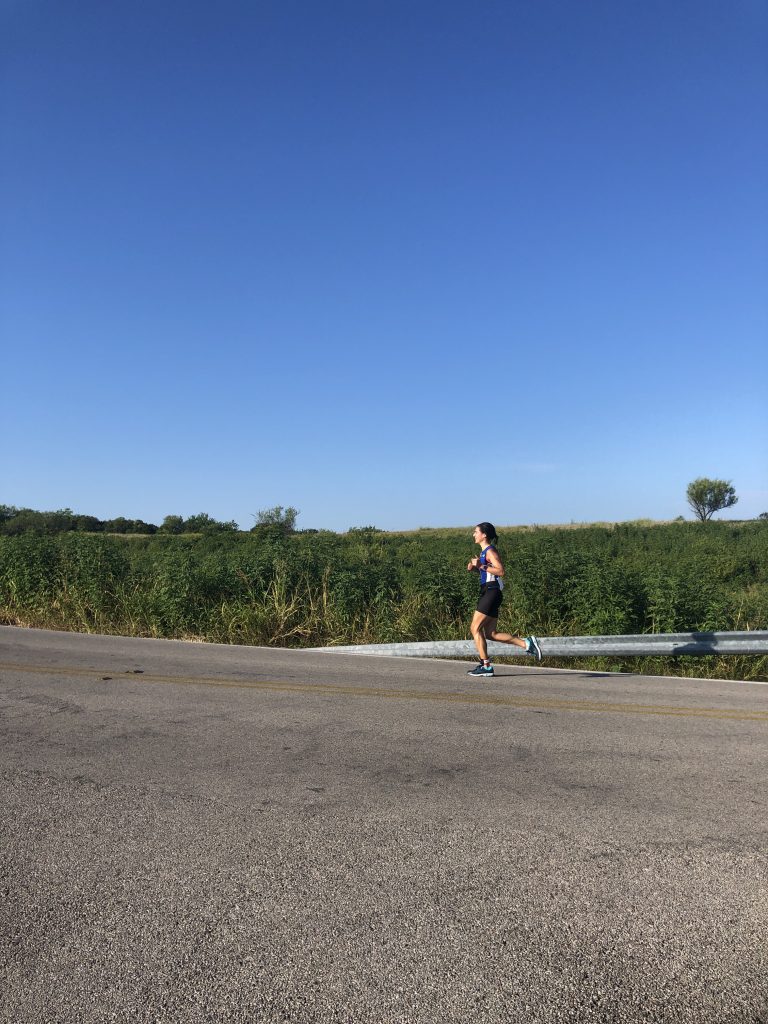 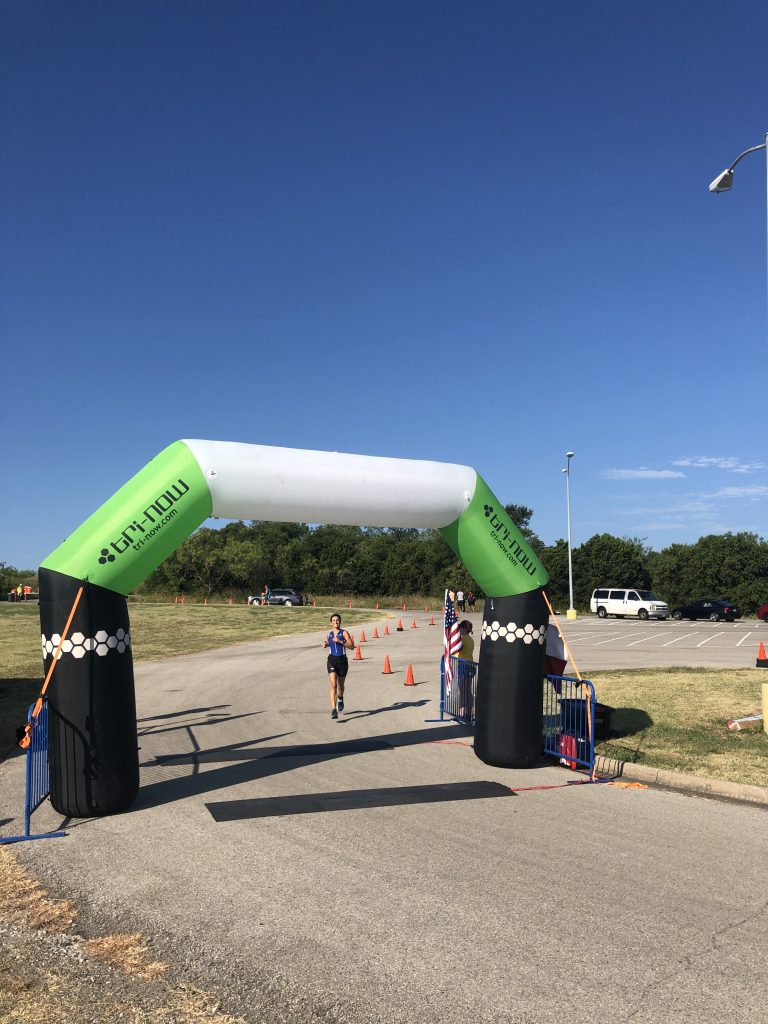 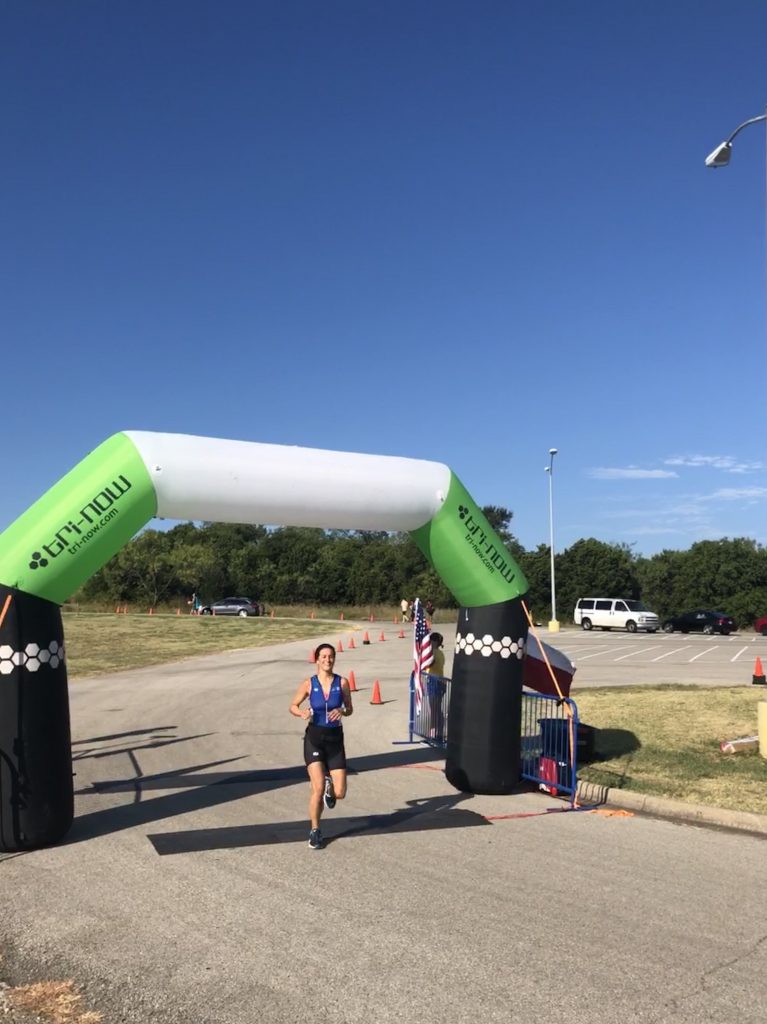 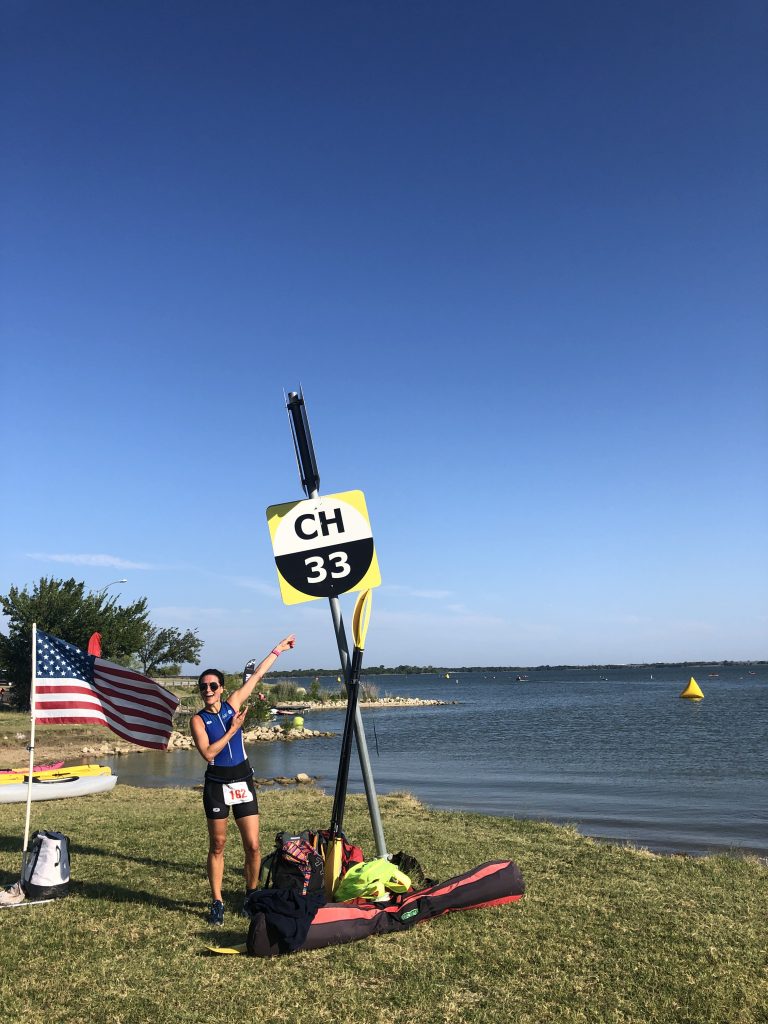 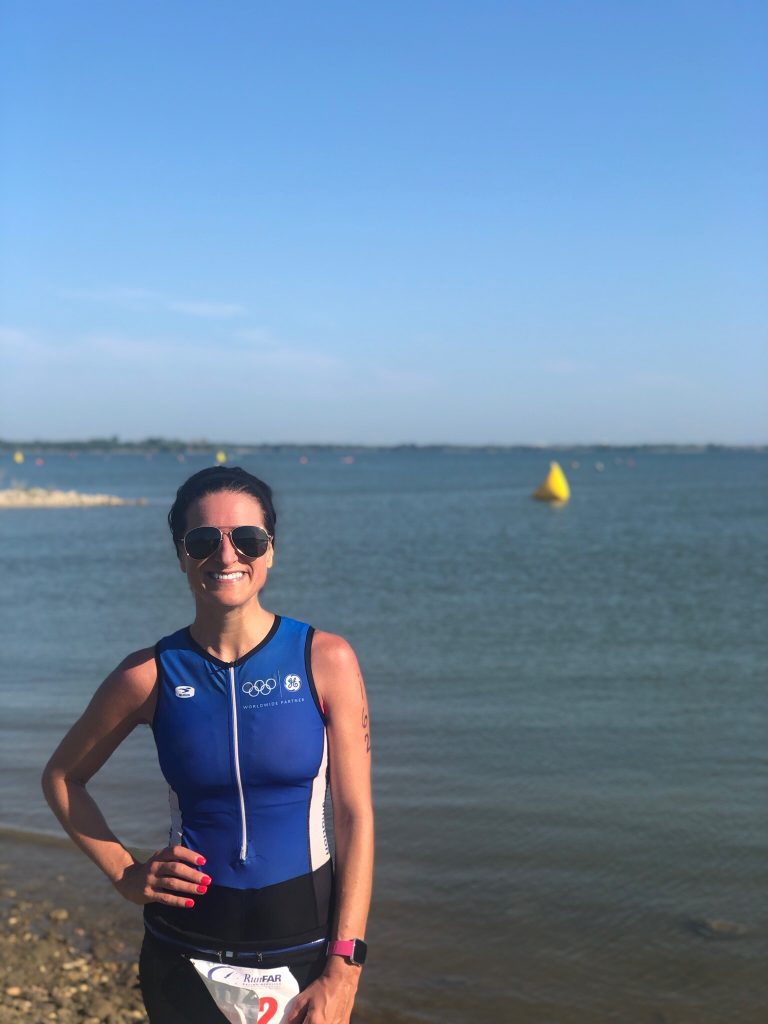 ——
If you want to see other races I have done you can see them below (only sharing half-marathons, triathlons, and Head for the Cure races)

« The Higher You Go With God | A Bittersweet Ending »