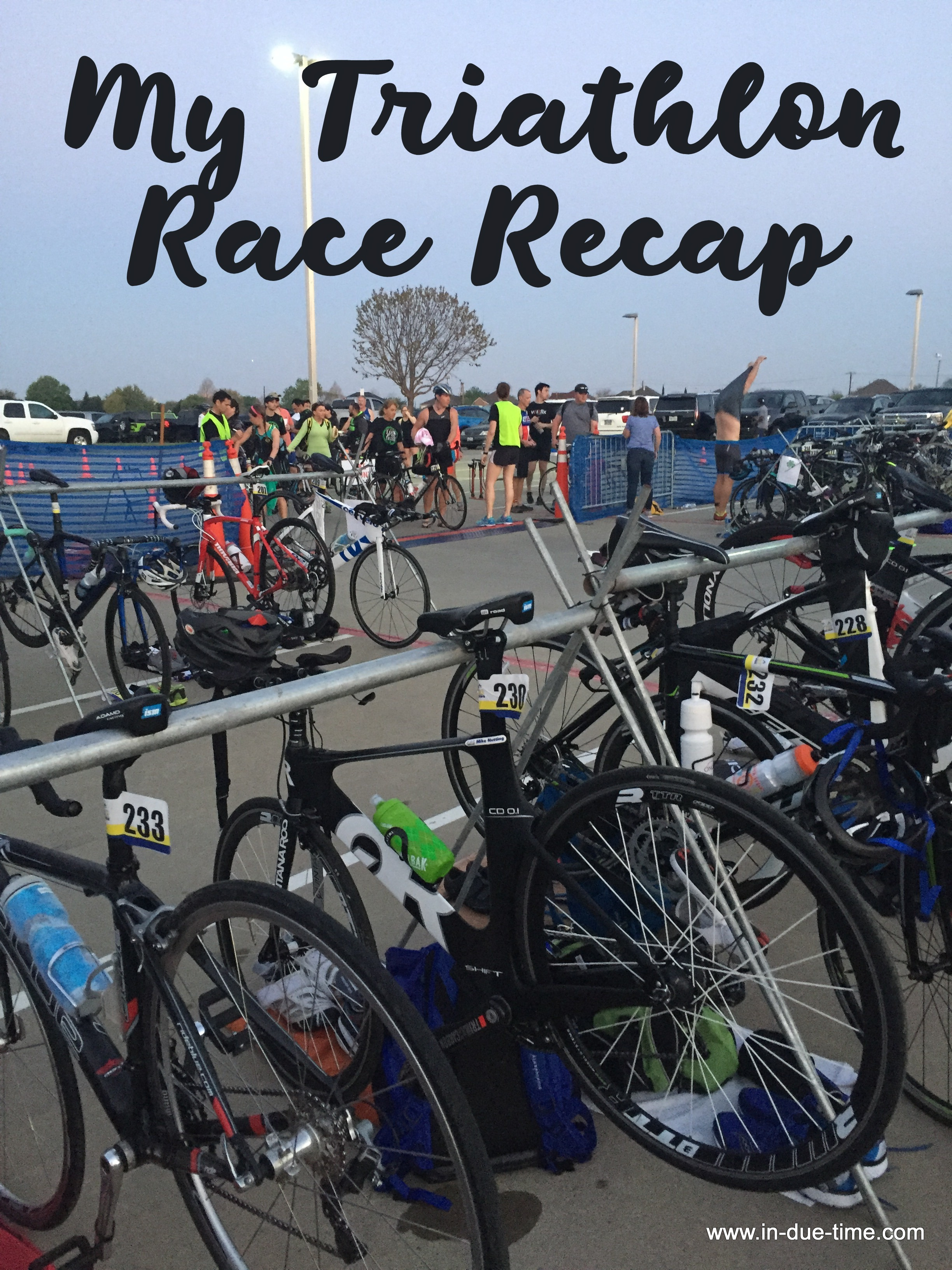 I, along with my brother, dad, and husband, competed in a sprint triathlon this past weekend. This was the 2nd time that we did a triathlon as a family and this was my 6th time to compete in a triathlon. The fun part is not only was this a race weekend, but it meant I got lots of time with my 4 nieces and nephews too. There is nothing I love more than a family weekend!

I have never followed any training schedules, but I will say this was the least prepared I have been going into a race. It’s just a sprint so the distances are a 300M swim, 9 mile bike and then 5K run. I had only been on the bike 3 or 4 times, one of those being the week before when I had a bad crash and was left with many bruises. I had also only been in the pool 4 or 5 times over the past 11 months. But, regardless, nothing was going to stop me from racing.

The weather couldn’t have been better, which is great as that makes a huge difference. Colby and I got there in plenty of time to get everything set up. Because you rack your bikes by swim time, and I have a strong swim time, I am always racking mine with the pros. It makes me feel a little out of place, but I am thankful that I get to start within the first 5 minutes of the race versus those who have to wait around for 30 minutes. I was huffing and puffing during my swim, but when I looked at my times after the race, it turns out I took 34th out of 330+ participants, so I guess I did really well.

The bike went okay, but during the run I got a bad cramp in my side and had to walk, which was such a bummer. Anyway, I was less than a minute slower than this same race last year, finishing at 1:04, and within a minute of the same time I got two years ago. This is the 3rd year I have done this same race and this is now the 2nd year in the row that I haven’t placed top 3 in my age group, so maybe it’s time I try a new race!

It was so much fun having my 4 nieces + nephews there to cheer us on as well as my mom and sister-in-law. And of course it is always more fun when I know other people racing and it’s not just me. Playtri always hosts such fabulous races. Colby and I have a half-marathon in 3 weeks and the farthest we have run is 4 miles, so now it’s time to start prepping for that! 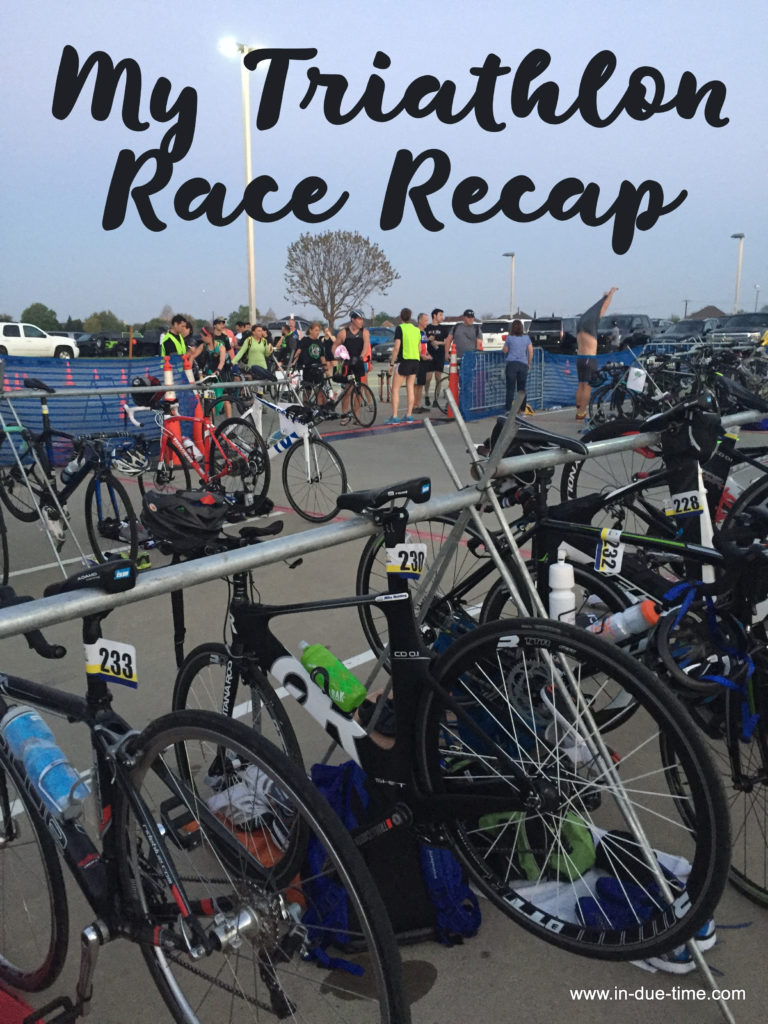 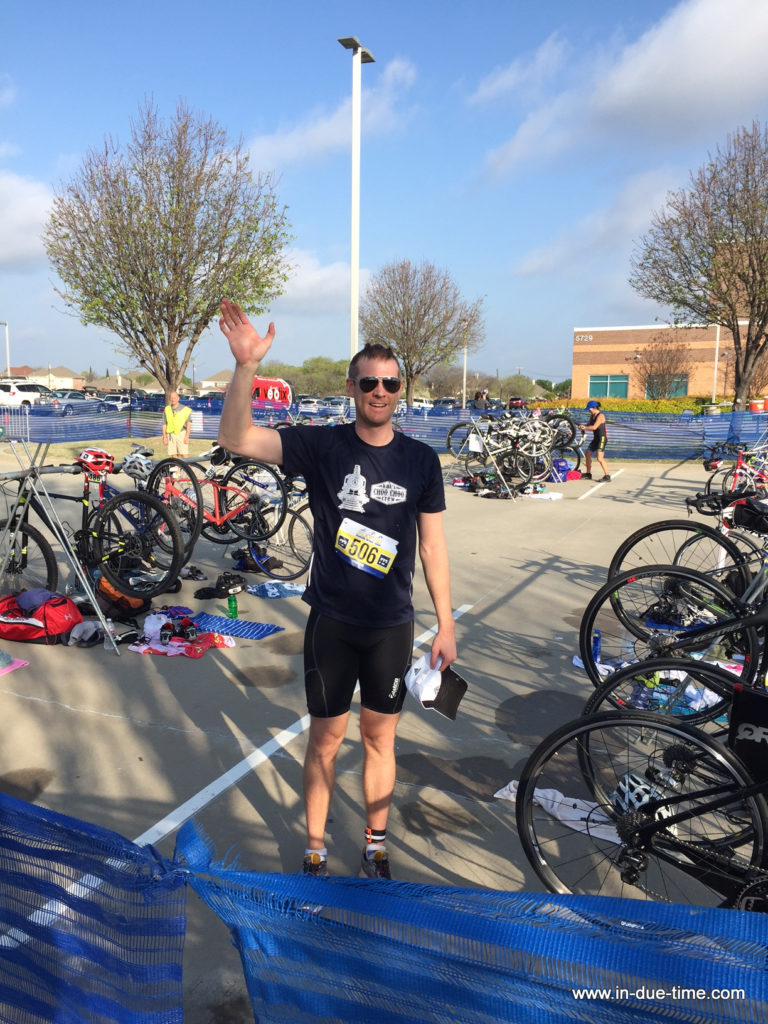 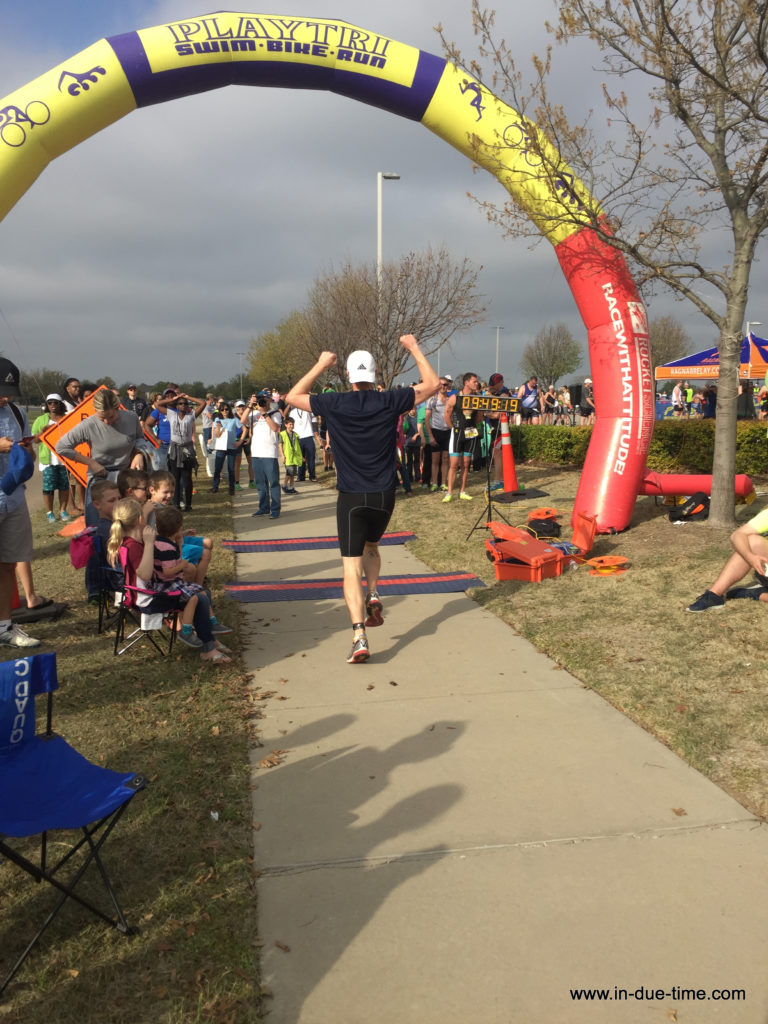 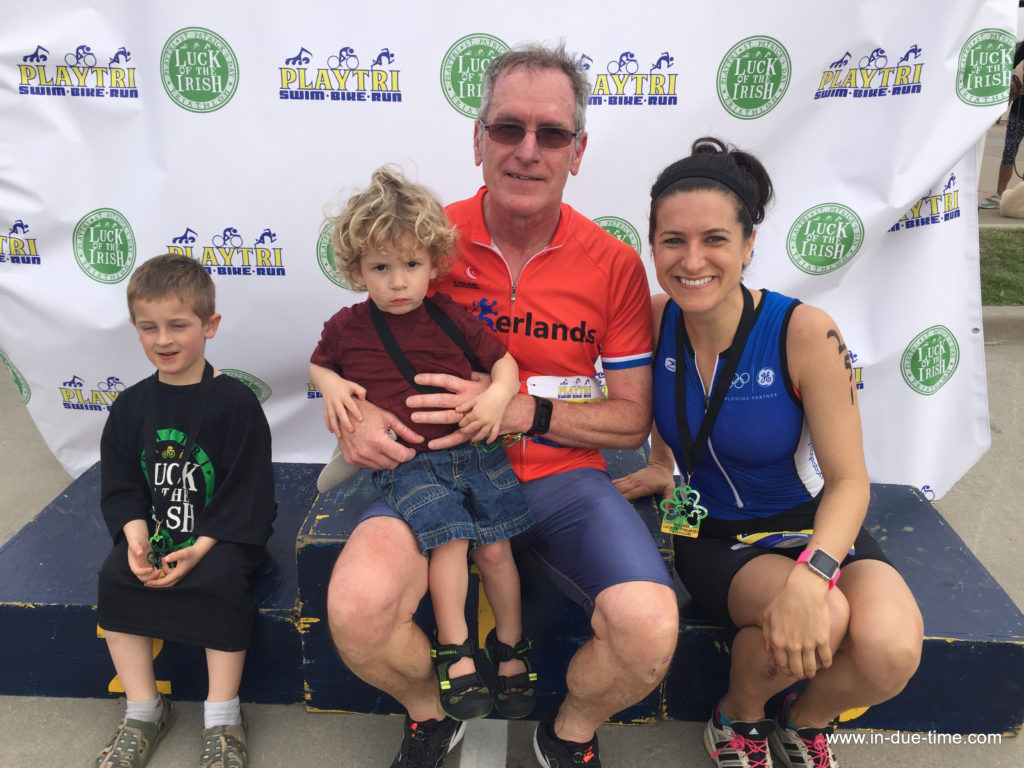 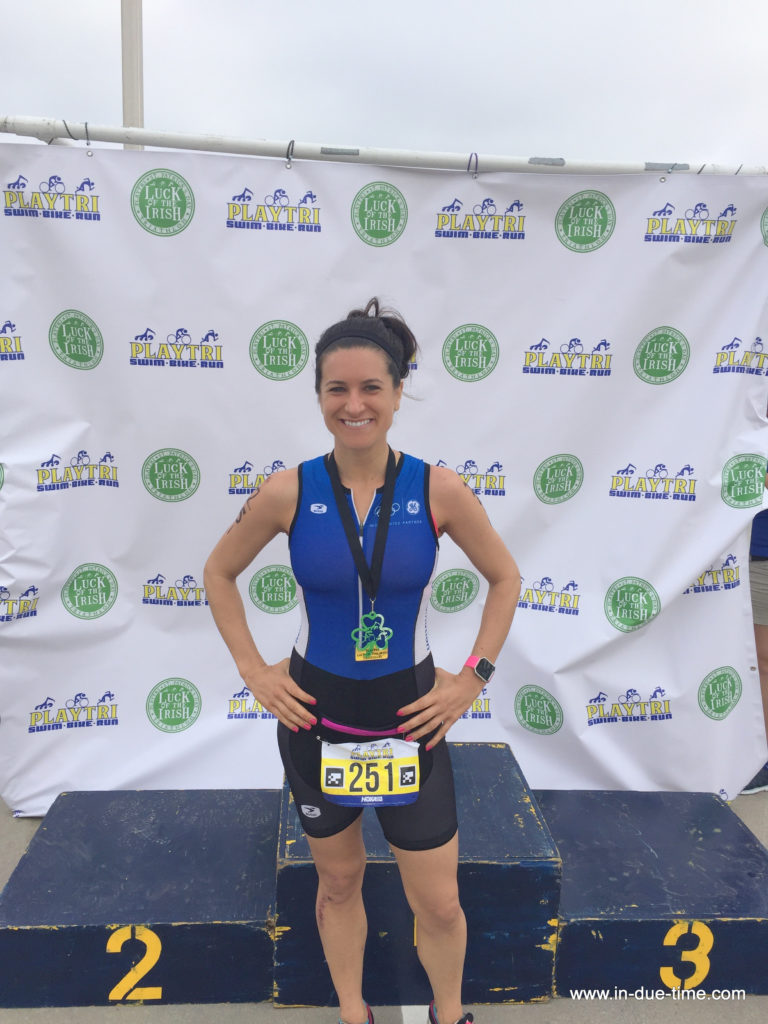 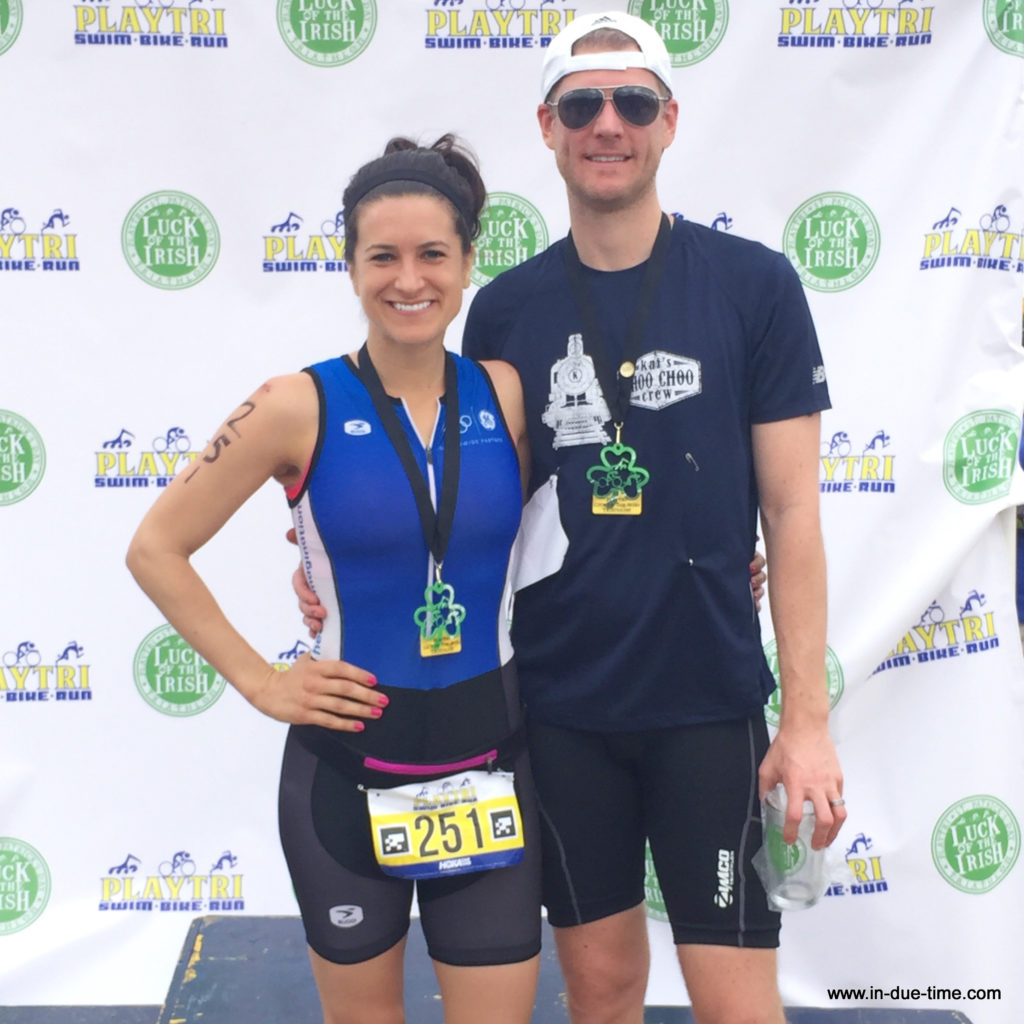