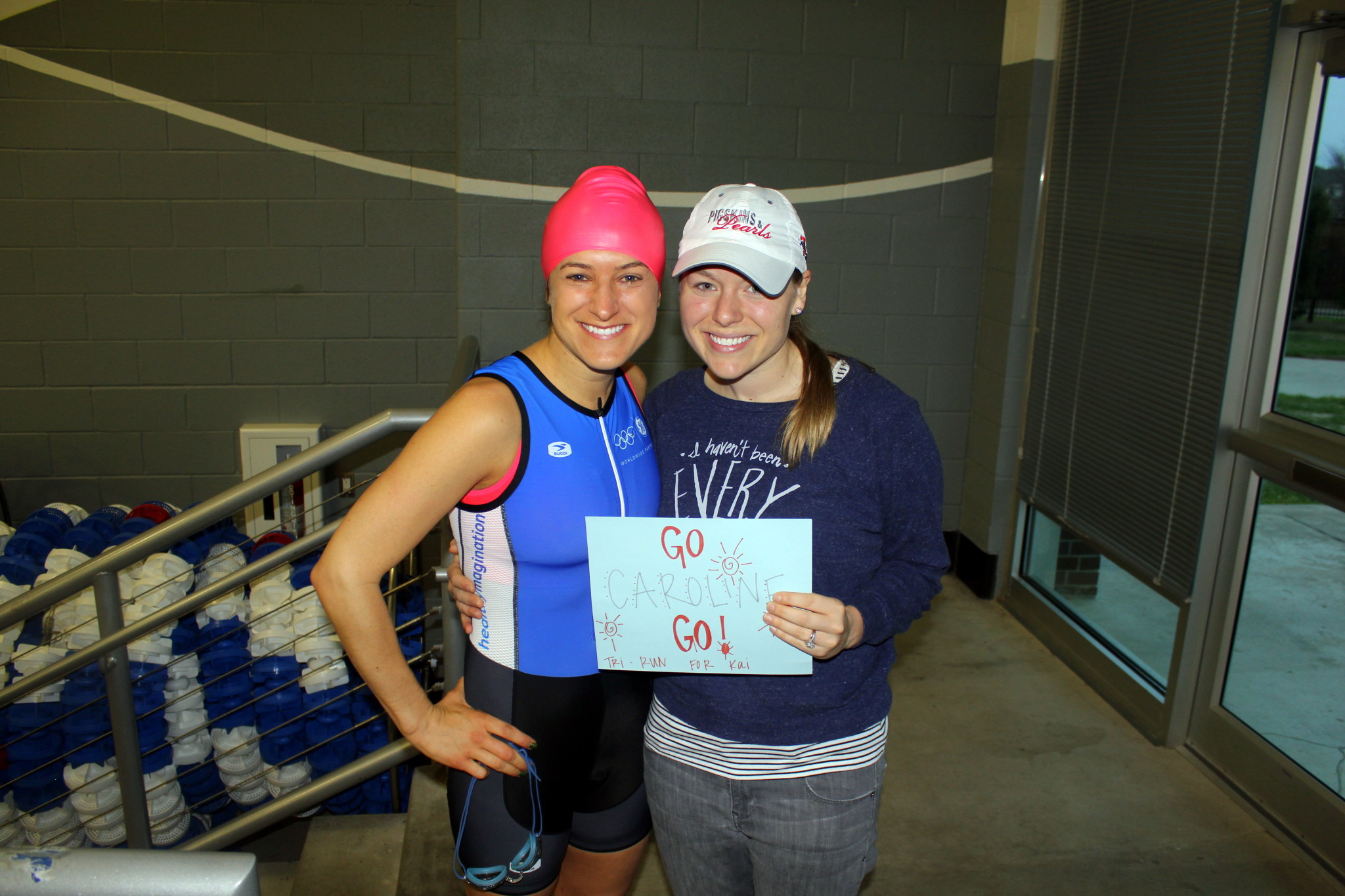 It has been over two years since my first triathlon and when I saw on Black Friday that they were giving 50% off races, I decided it was time to sign up again! If you don’t know this about me, I’m a sucker for a good deal. This time I signed up for two races, although both were sprints, the first was a pool swim and slightly shorter distances and the second was an open water swim.

My second tri was the Luck of the Irish Triathlon on March 15. It was a 300m pool swim, 9 mi bike, and 5K run. My airport angel, Melanie came to watch, and Colby was there to cheer me on too (and chauffeur me, carry my stuff, etc).

While I would say that swimming is my strength out of the three, the minute I got in that pool I hit panic mode. Thankfully, I made it out at a decent pace. In T1 (transition 1 between swim and bike), Colby and Melanie were there to cheer me on. Colby had to point out that I put on my helmet backwards. I know nothing about bikes and in fact didn’t even have a bike two days before the race! I was thankful he was there so I didn’t look like a fool riding around with it on backwards! The bike and run went well, although they felt extremely long and I ended up with a time of 1:04:23, which got me third place in my age group! I was happy with the results considering I went into the race without training, an injury, and didn’t even have a bike until two days before! 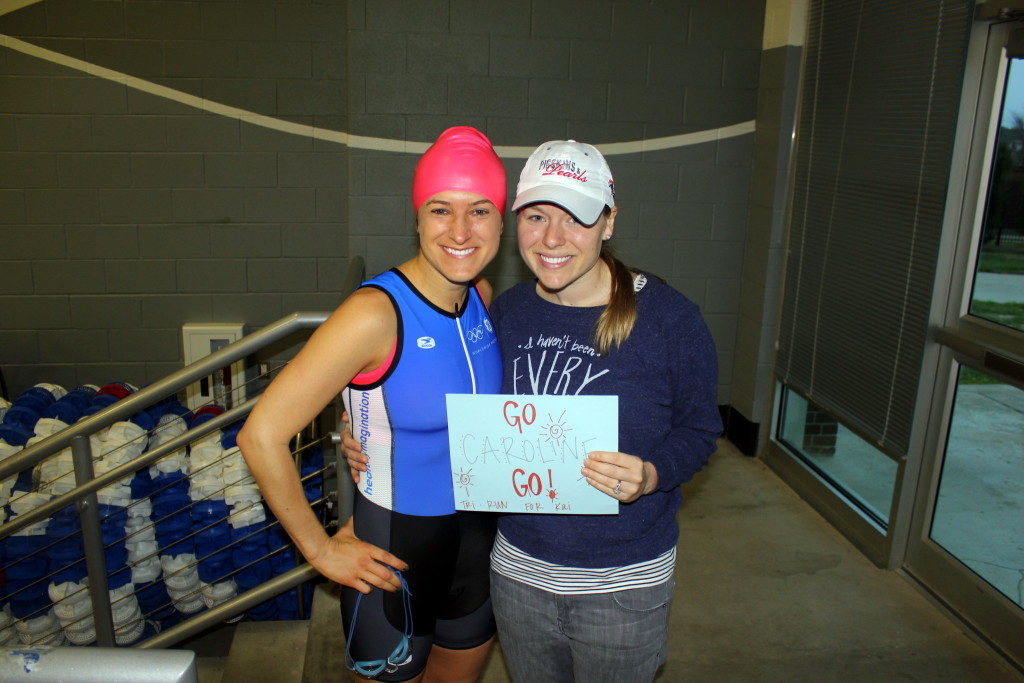 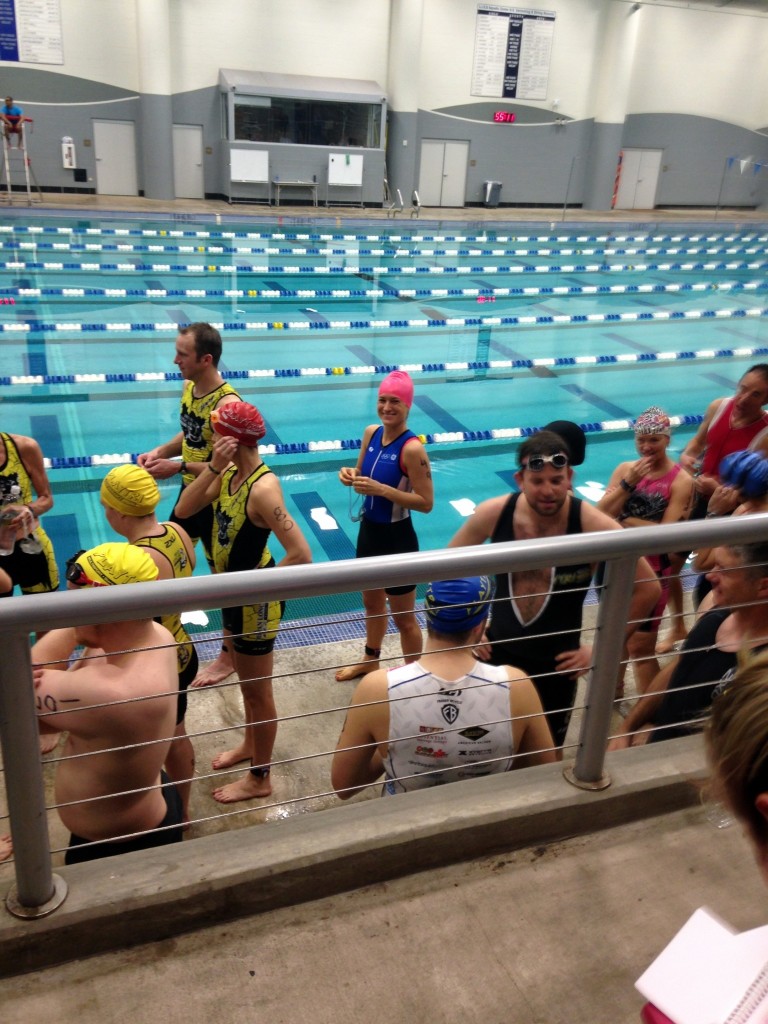 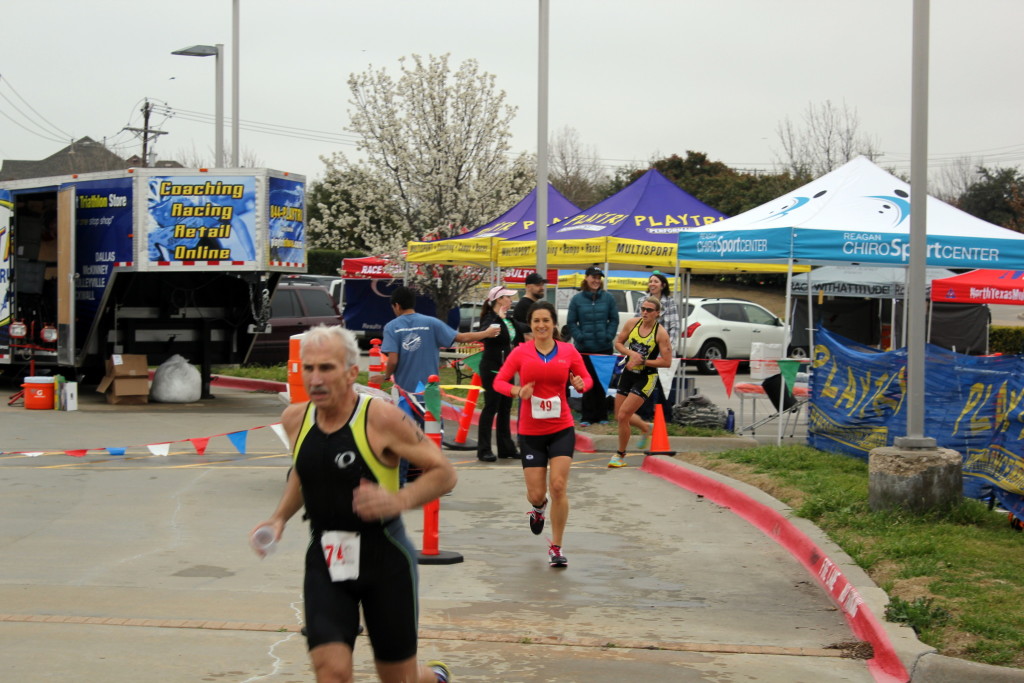 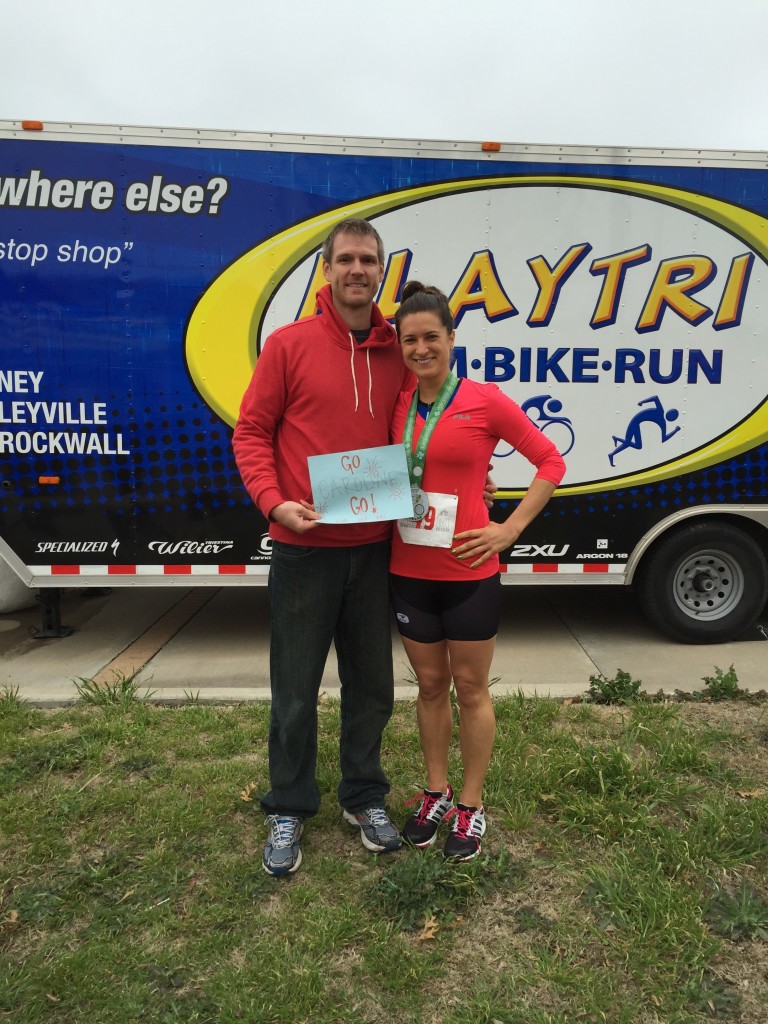 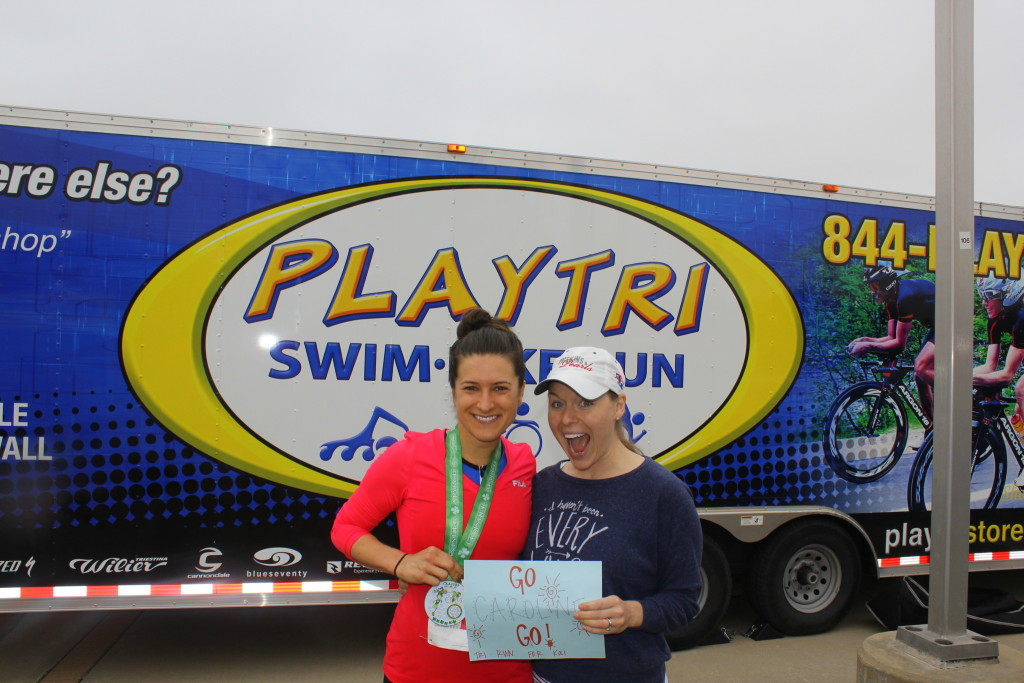 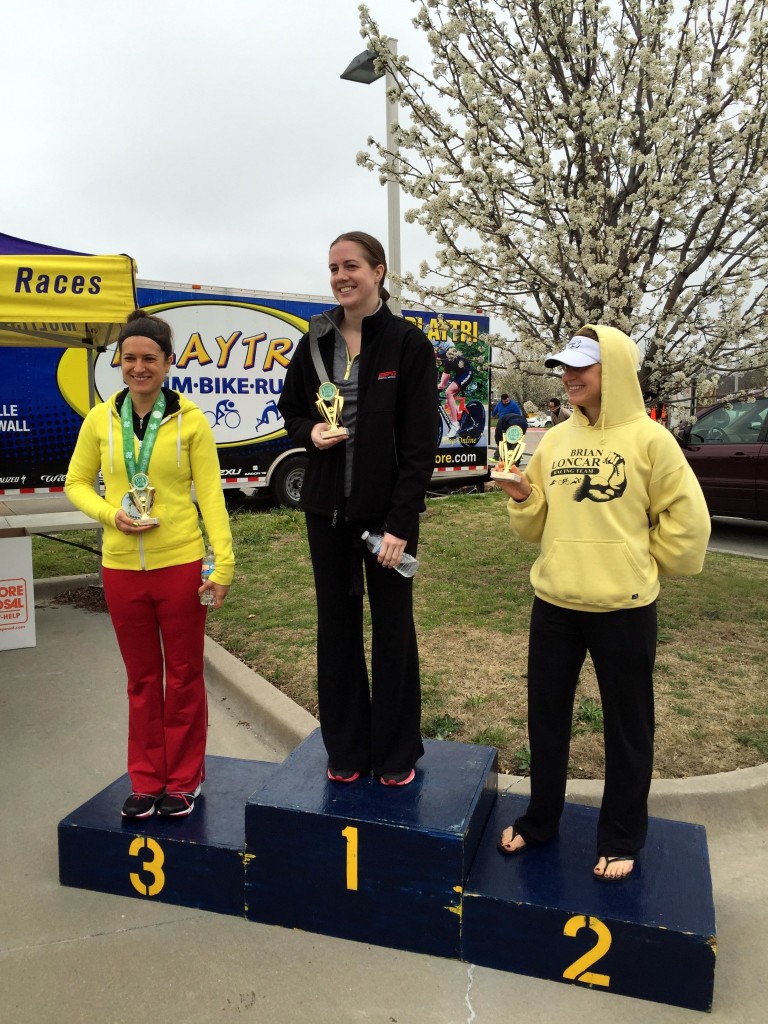 My Third Triathlon was this past weekend. It was the King Tut Triathlon in Mckinney and was a 500 meter swim, 11 mile bike and 5K run. Melanie did this one with me and I was so grateful to have her there! It definitely makes it more fun when you know someone else!

This was an open water swim, which is totally different from a pool swim. Imagine dirty, very cold water. You get kicked in the face, you kick others in the face, and pretty much all technique goes out the door and survival mode kicks in. My T1 was better and I put my helmet on the right way this time! The bike rack ended up collapsing, so that didn’t help, but my bike ride went well. I was definitely hurting on my run, as to be expected since I hadn’t run in a few weeks. I had every thought in my head from “Why did I sign up to do this” to “There is no way I can finish”. But, I made it. I was SO glad to cross the finish line and very surprised when I found out I got 1st in my age group! I finished with a time of 1:15:01 and shaved 7 minutes off from my first triathlon two years before. 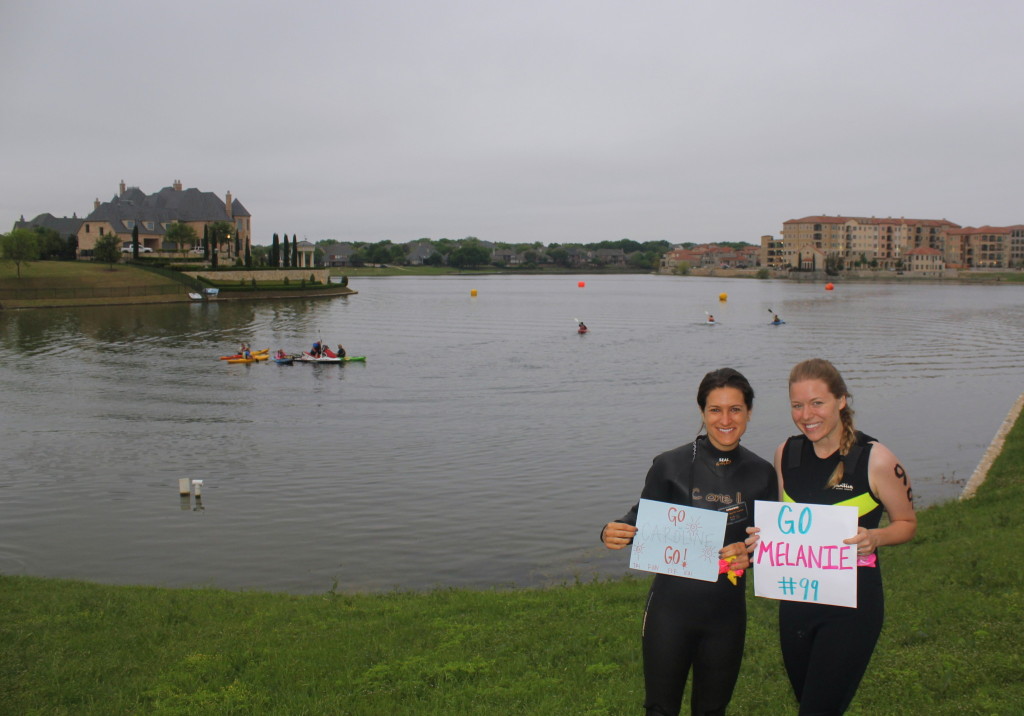 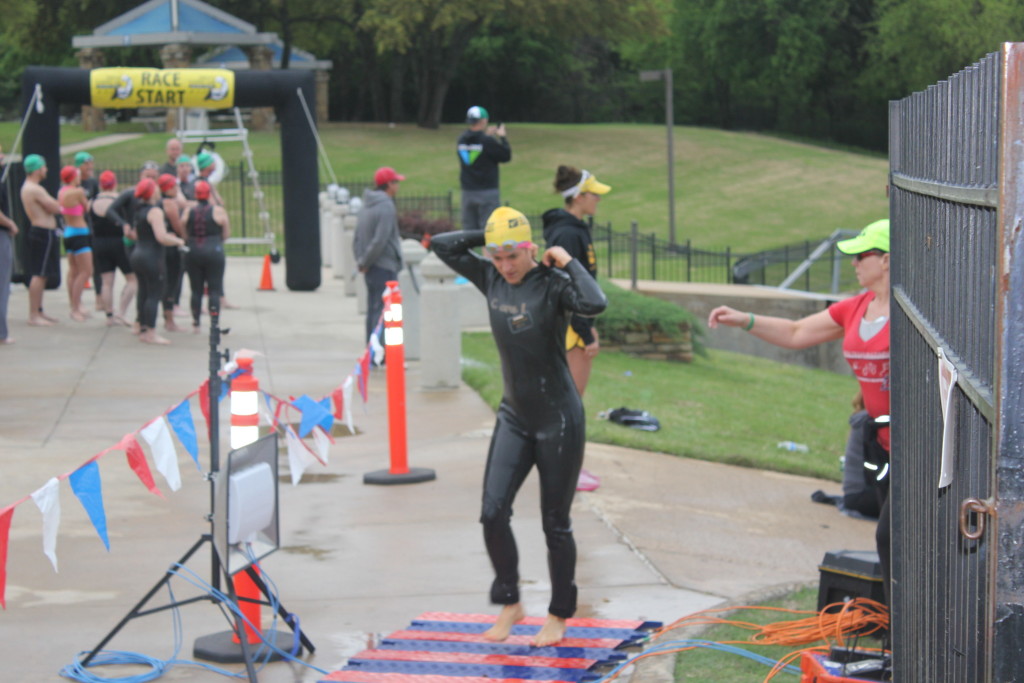 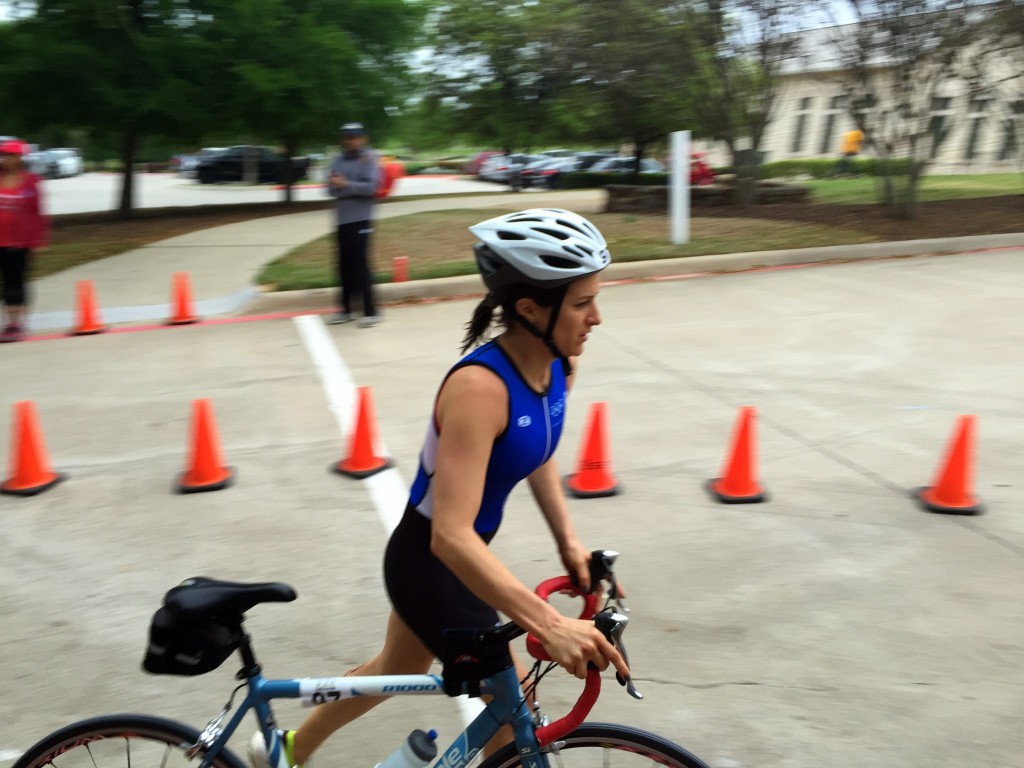 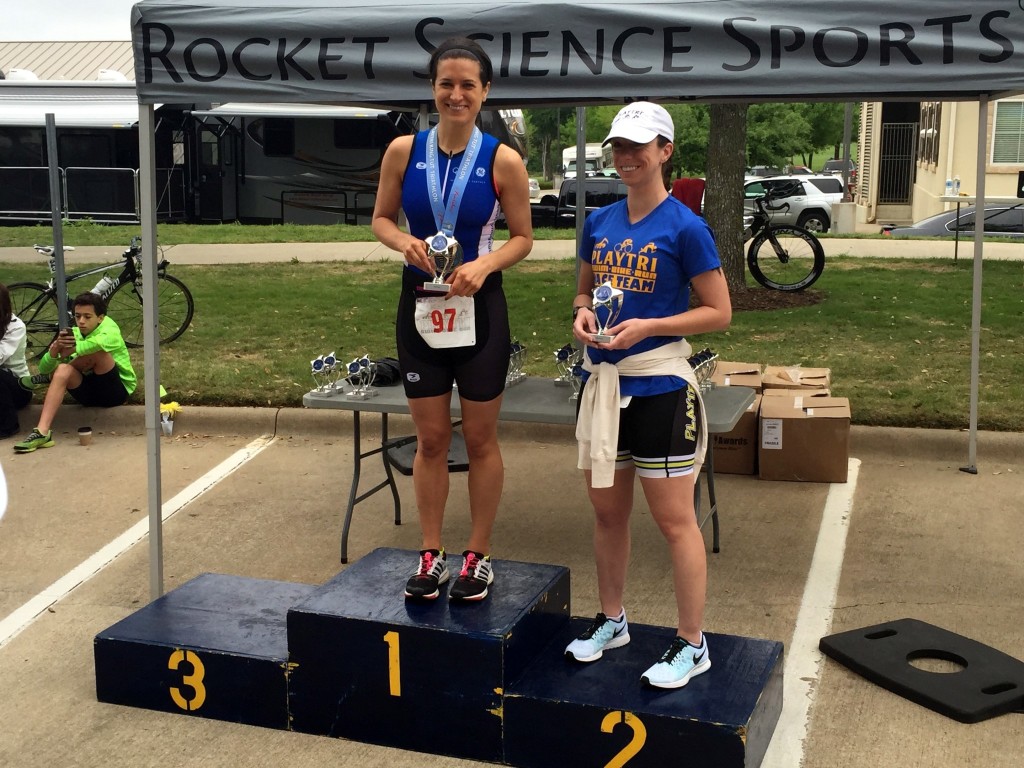 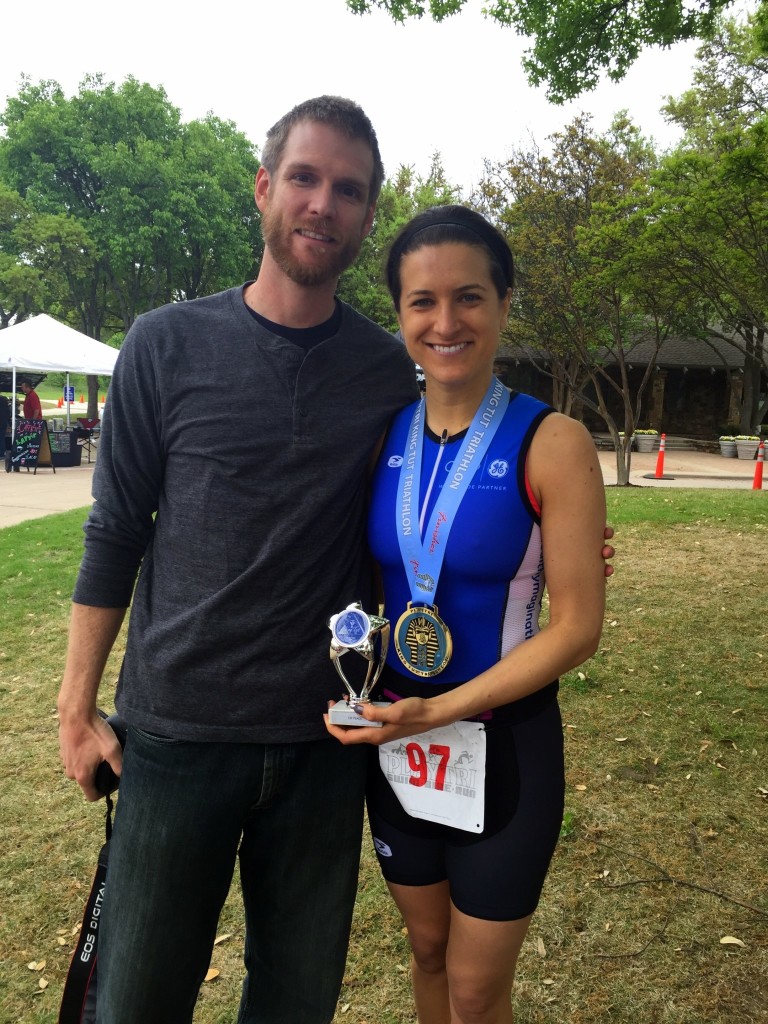 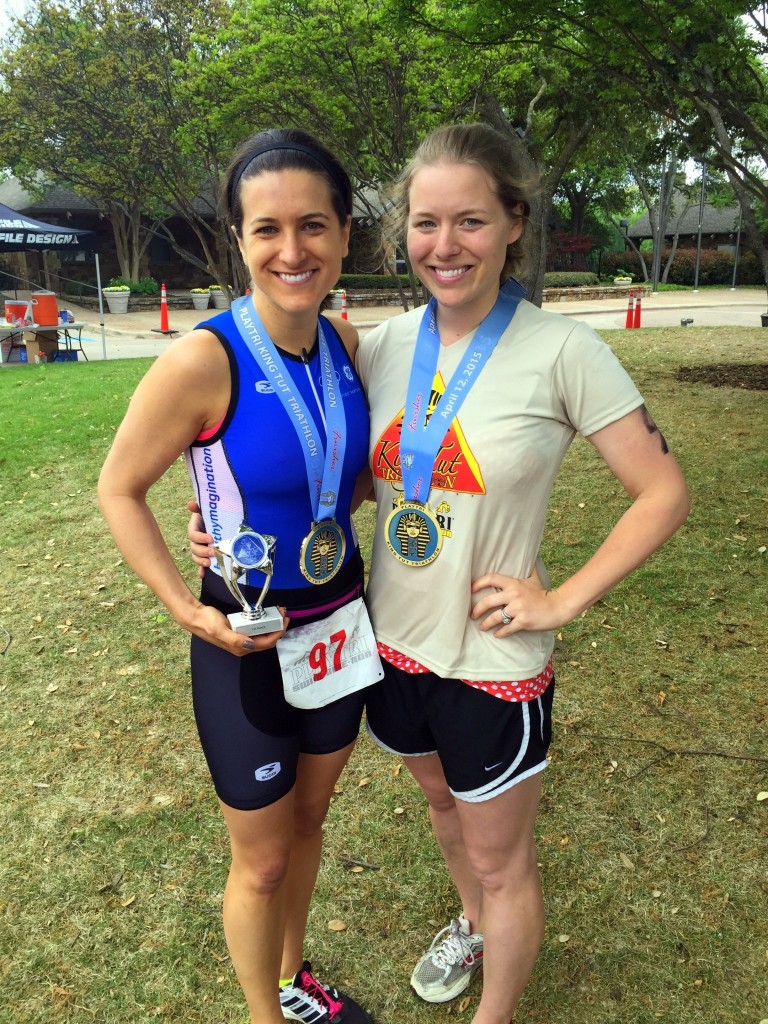 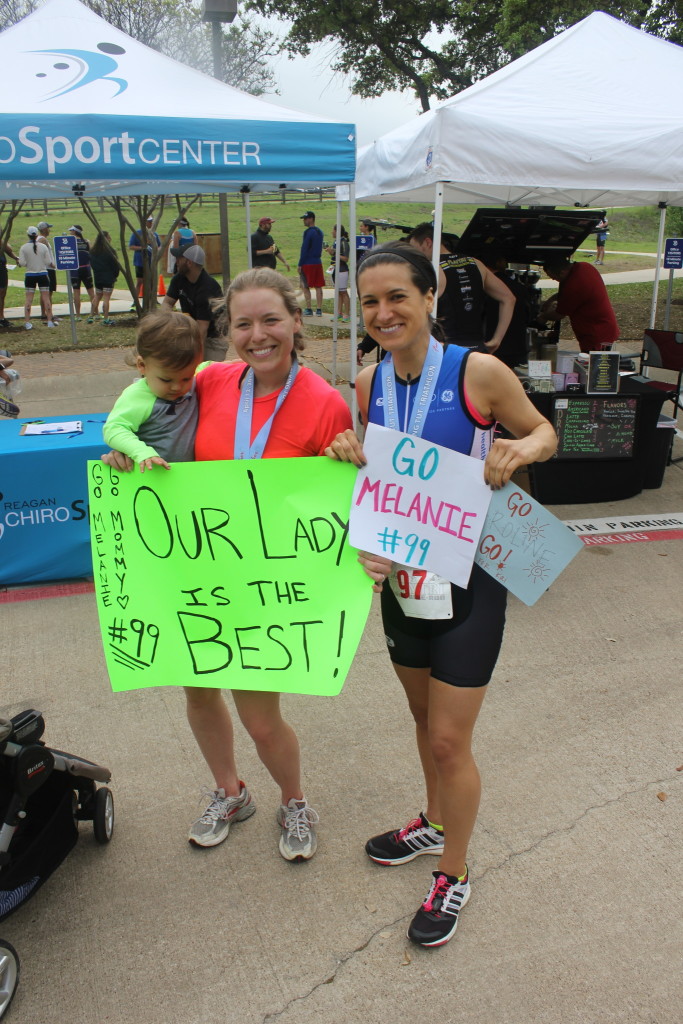 Although I promised myself during the last one I would NEVER subject myself to such torture again, I will not be surprised if I sign up for another one soon! I will give ALL the glory to God, because He answered so many prayers from providing a bike to giving us perfect weather and all the details in between! The fact that I finished is a miracle in itself! He is faithful and He cares about ALL the details, even small things like my races!