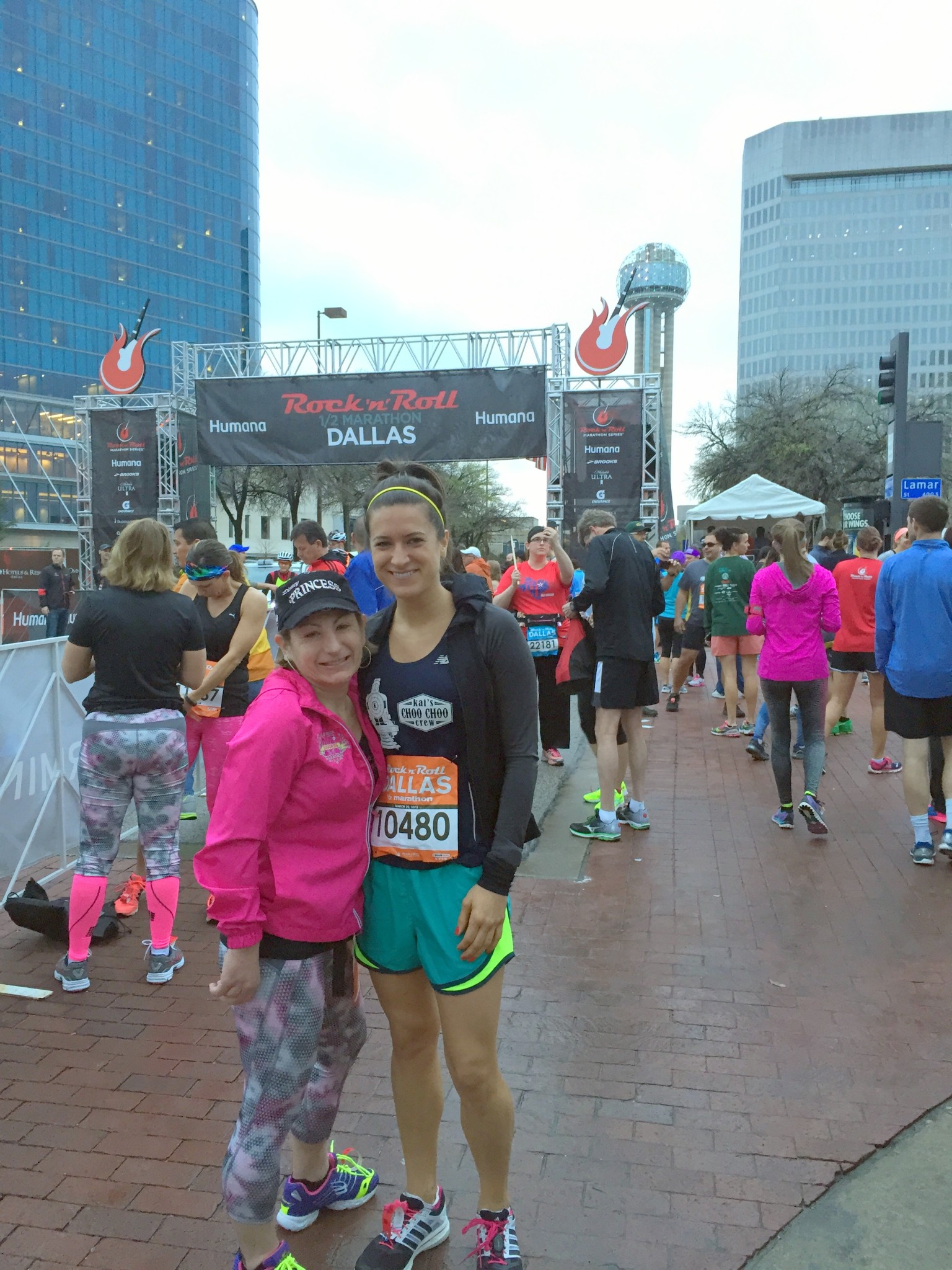 Somehow I have filled up my weekends in March and April with a lot of races. It’s not too often that I do races, so I’m not sure how 5 out of the current 6 weeks I have one. At the beginning of March, I received an email from my company stating that if we signed up for the Rock ‘n’ Roll Dallas Half-Marathon, we could race for free! FREE! That always gets me. While the half was just a few weeks away from when the email was received and I knew I had a triathlon coming up too, I just had to sign up!

I did my first half, the Chosen Marathon, which raises money and awareness for adoption, 2.5 years ago outside of Austin. My SIL and I intentionally power walked as at the time we were both suffering from knee injuries and neither of us were running. Well, sure enough another injury came up right before my triathlon (which I will probably post about later).

The reason I share this is to encourage everyone what our bodies are capable of. I was not prepared. I did not train. I had an injury. While I definitely don’t recommend doing a race without training, my story is proof that you will be able to finish and your body is way more capable than you think.

Since I signed up with such short notice, I was so grateful to learn that several friends had already signed up too! One of my best friends was coming in town from Tulsa, and we were in the same start corral, so I decided I would try to stick with her the 1st mile and run to get out of the crowd, and then walk the rest! 7 miles later I was still running! The rest of the time I power walked and jogged and ended up with a time of 2:33. Considering I didn’t train, I was happy with the time! Was I hurting? Absolutely! My whole body was in pain the last half, but I was determined to push through and quitting was not an option for me!

I think people hear the word ‘race’ and think they have to run as fast as possible. The truth is some people walk, very slowly. People stop to take pictures. Heck, I took a phone call and facetimed with Colby during the race, so it’s only as serious as you make it! I do not consider myself a runner and I managed to finish, so I promise if you push yourself a little bit, you can too!

A shout out to my sweet husband, who chauffeured me to the race, and spent 4 hours of his morning waiting around. I couldn’t do it without his support!

Since I have only done one other half I don’t have a lot of input as far as the actual course. I did see lots of Dallas that I hadn’t seen before. The race was well organized and they had a wide variety of food at the end. All of the Rock ‘n’ Roll races have bands along the way, but I was thankful I had my headphones as the music was not my taste. I would love to hear feedback from others who have done half-marathons as to their favorite races and/or courses! I look forward to sharing about my other races over the next few weeks, especially the ones that benefit various organizations – those are my favorite kind! Will I be signing up for another half? I have no plans now, but am definitely open to the idea in the future! 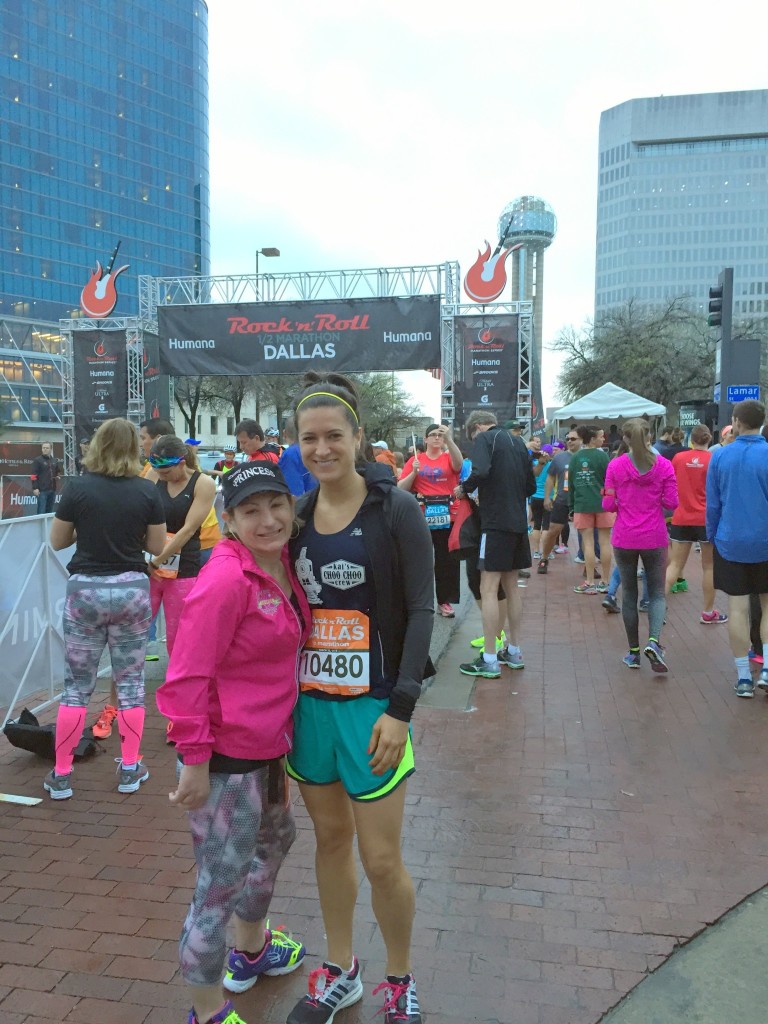 At the Start Line with a friend from church 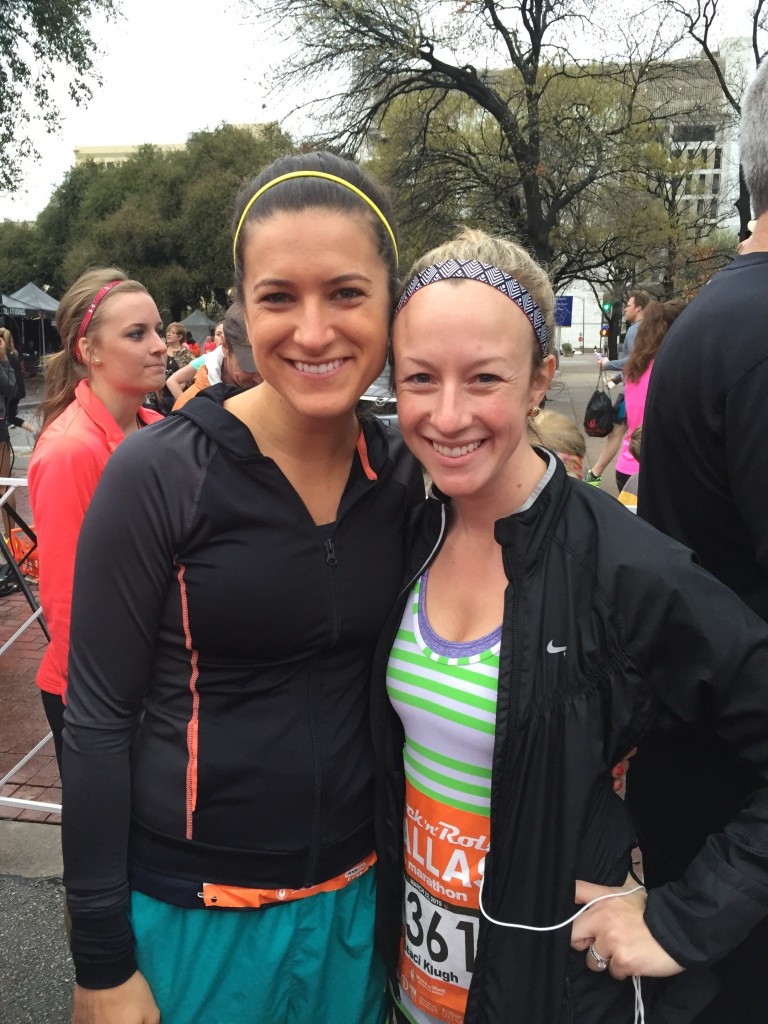 Waiting to start with one of my besties from Oklahoma 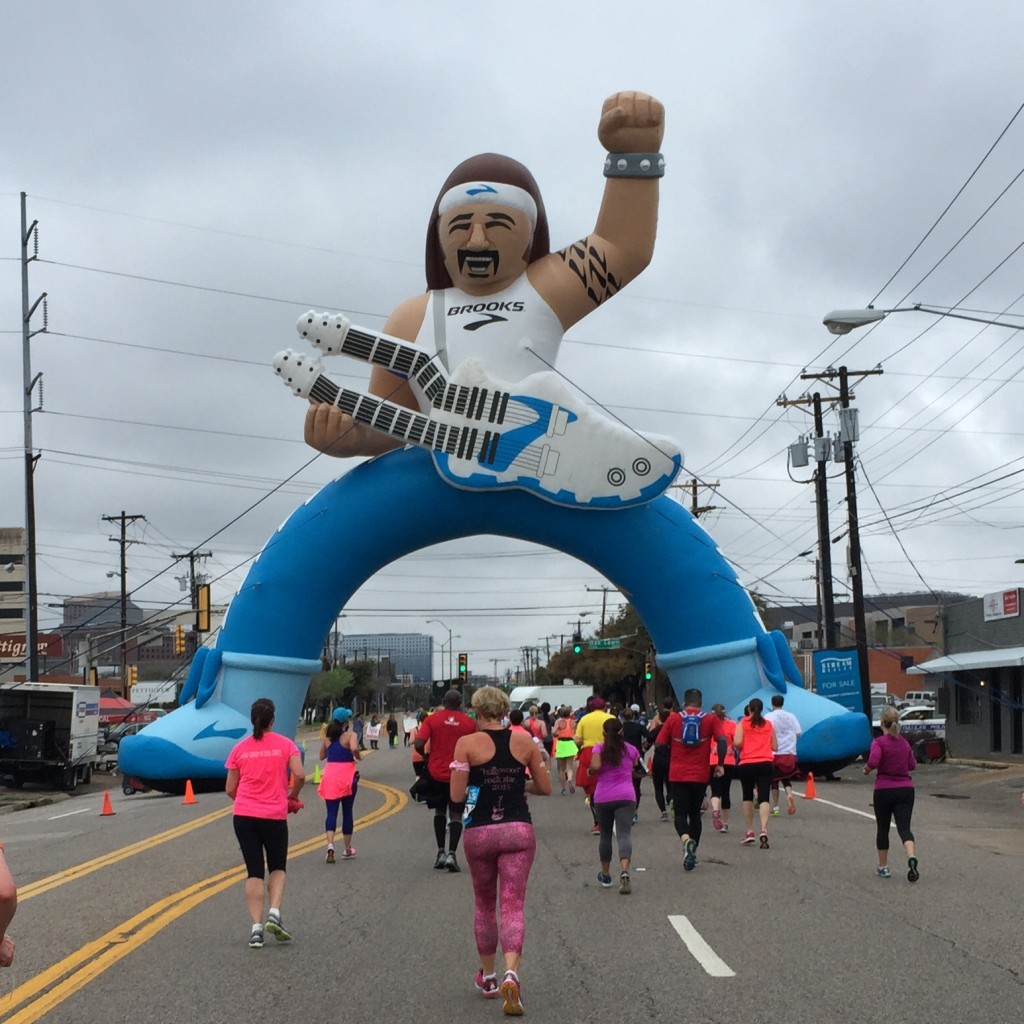 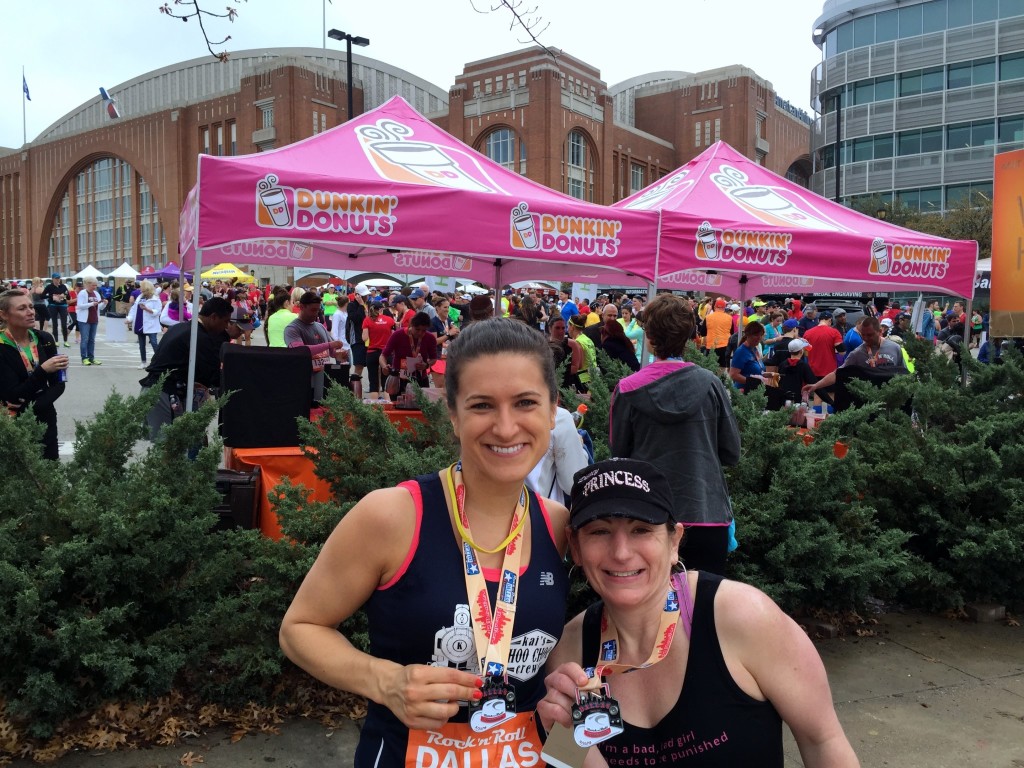 Finished! Showing off our bling! 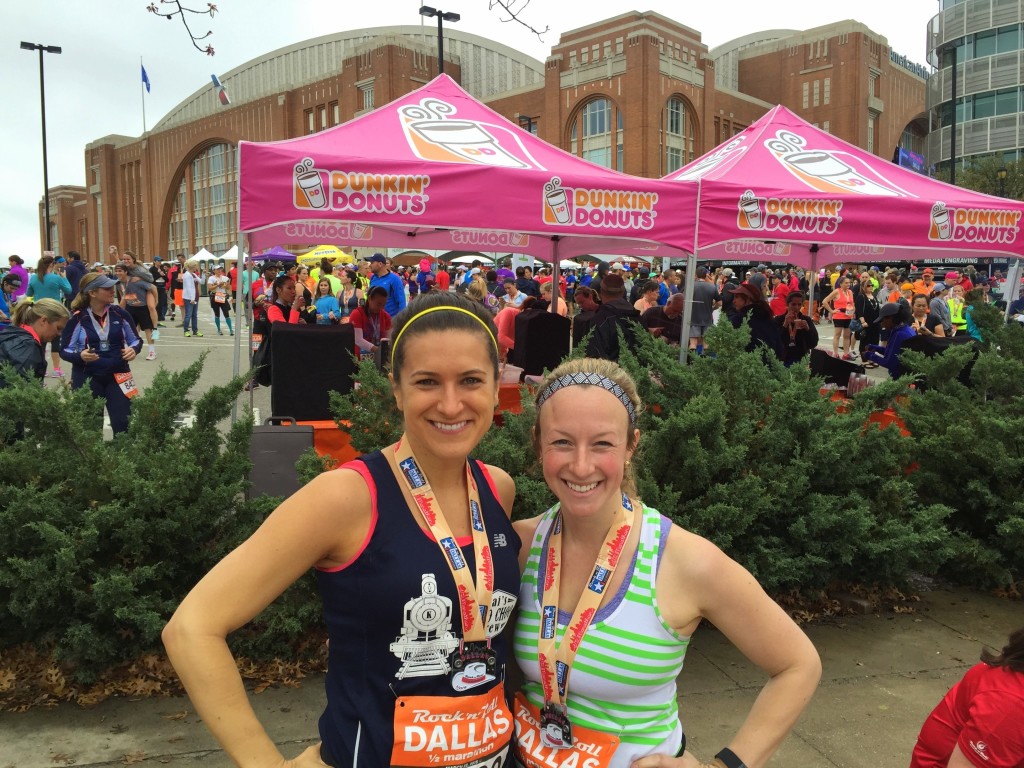 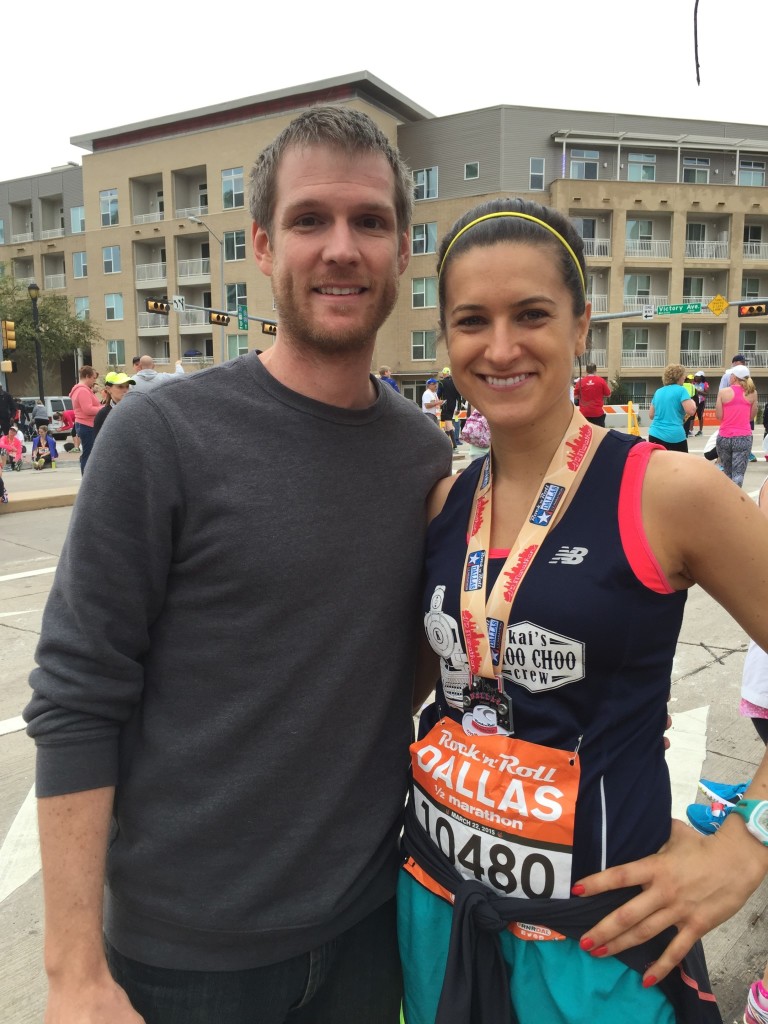 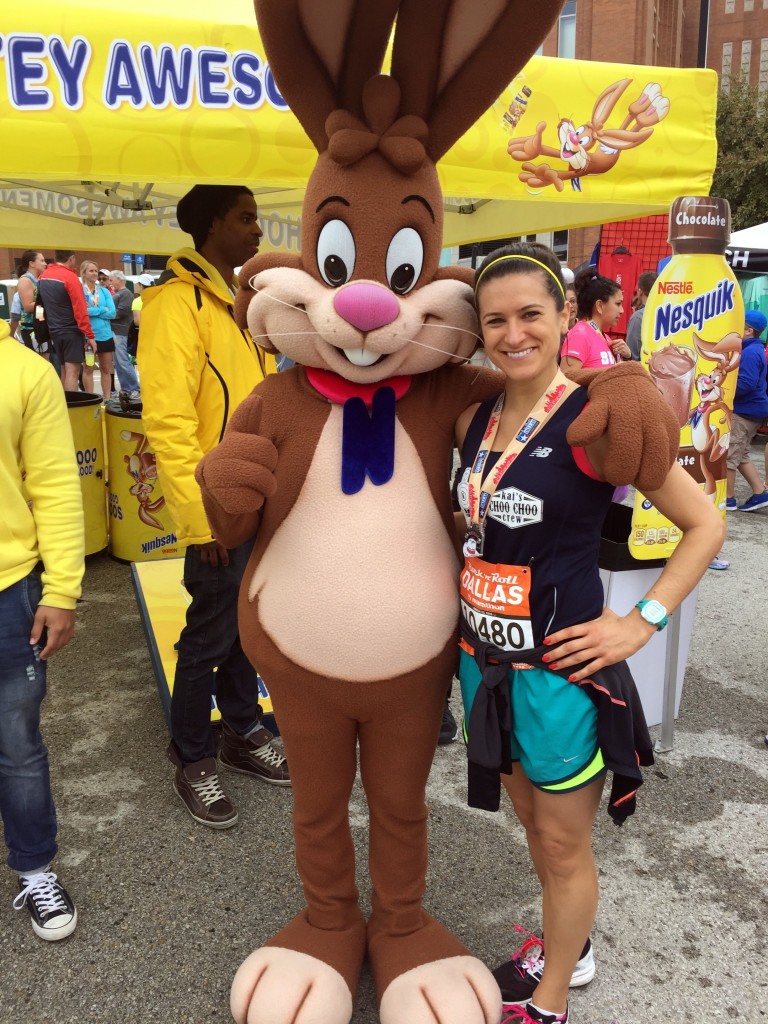 I grew up drinking this stuff!