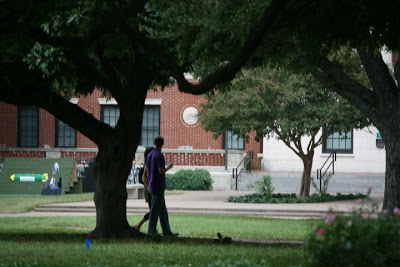 I rarely talk about our personal or day to day life, but maybe I should try a little more? This blog went from the initial stages of finding out we had an uphill battle with trying to conceive to more recently writing what God is teaching us as we are on a medical hiatus. However, sometimes it’s nice to focus on the good things and blessings from God in the midst of the long distance marriage and medical hiatus. so…..

Two years ago today we got engaged!! What a fun day to look back on! Where did the time go since then? I was SO surprised and we have lots of pictures and videos to show it (thanks to the hidden photo/videographers).

I attended Baylor University in Waco (1.5 drive from Dallas) and Colby went to Kansas State. So, we decided to go to the Baylor v. Kansas State football game, which also happened to be Baylor’s homecoming. We drove down early in the day, to walk around campus, look at the homecoming floats, and take our time before the game started. Our first stop was at Common Grounds (very popular coffee shop) and we decided to start walking from there. Colby was being very adamant about telling me where to go which is very out of character for him. He is usually easy going, patient and has a very go with the flow personality. At the same time I was questioning why he was wearing his nice shoes, after all we were just going to a football game. After he walked me to a very pretty part of campus, he began telling me how much he loved me, started talking about the future, etc. I was not interested in the conversation and couldn’t figure out why he was bringing up serious topics at such a bad time, but before I knew it he was down on one knee asking me to marry him. I guess I can act a little ditsy at times, because it took awhile to register that he was proposing. I’m not sure at what point I realized what was going on, but I finally said yes. Leading up to this point I thought I would definitely knew when he was going to propose and let’s just say he definitely caught me off guard. 2 of our friends came from behind the bushes and we continued to walk around campus as they took pictures.

But, the surprises were not over. There was a limo waiting for Colby and I. We enjoyed a ride together with some champagne while I continued to hyperventilate and process 🙂 Before I knew it, we had arrived at an area to pick up all of my friends, which was another huge surprise  Apparently he had emailed them weeks in advance to let them know what he was up to and that he would be buying football tickets for all those who could attend. The football game got delayed because of a VERY major storm so we continued to ride around and celebrate in the limo. We were all soaked, but after the limo ride got to eat at a favorite restaurant, attend the game, and the celebration continued the next day with more friends and our parents! And, to top it off Baylor beat KSU had became bowl eligible! He spent months planning including driving down the prior week to scope out the spot, being sneaky and buying the ring and talking to my parents. What a fun day to remember!! God is good! 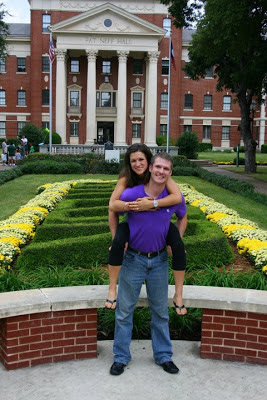 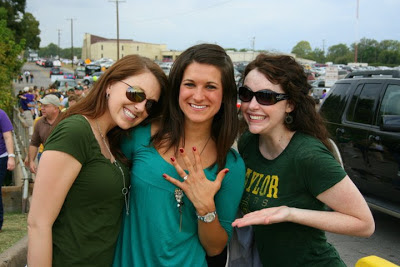