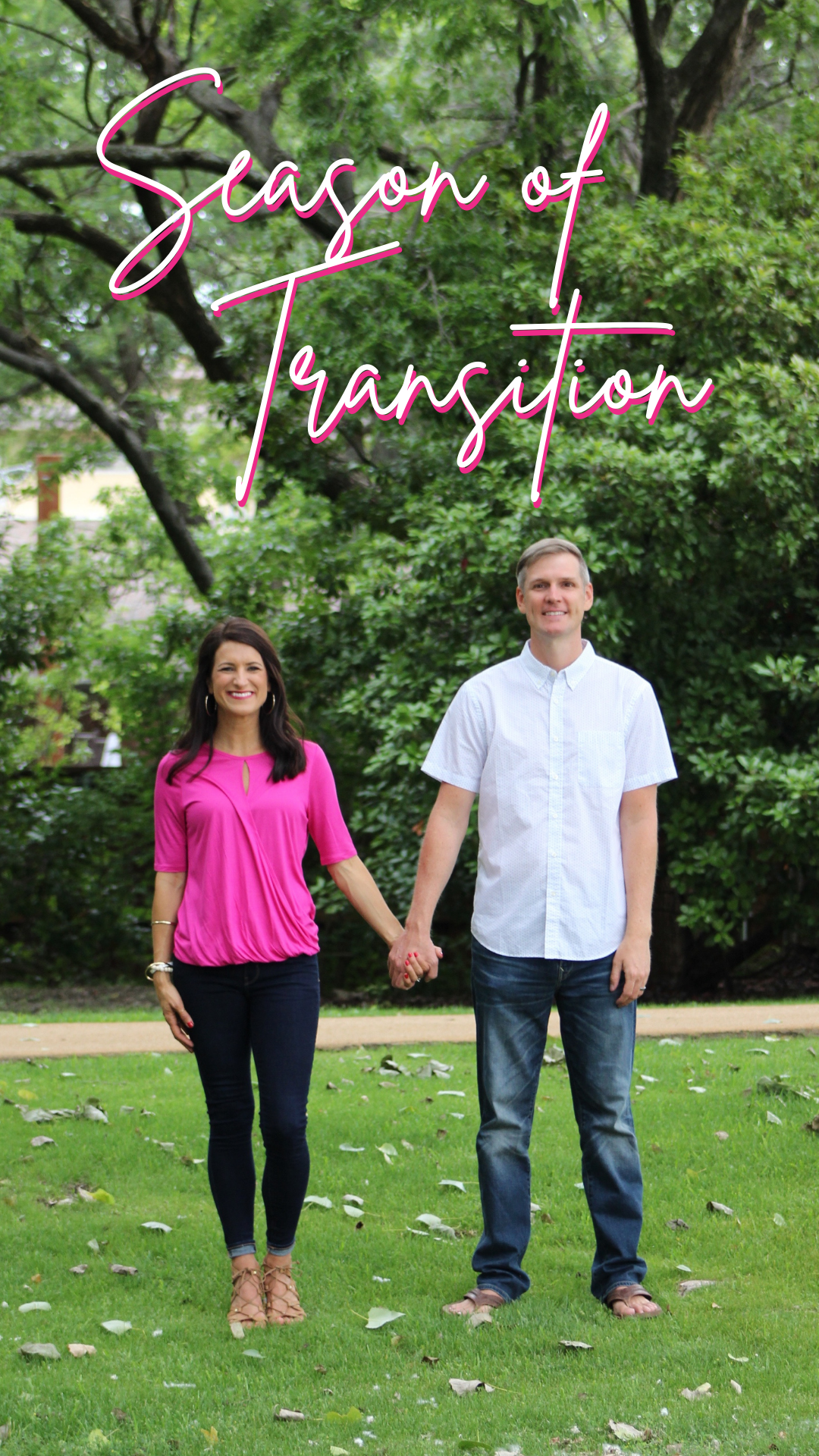 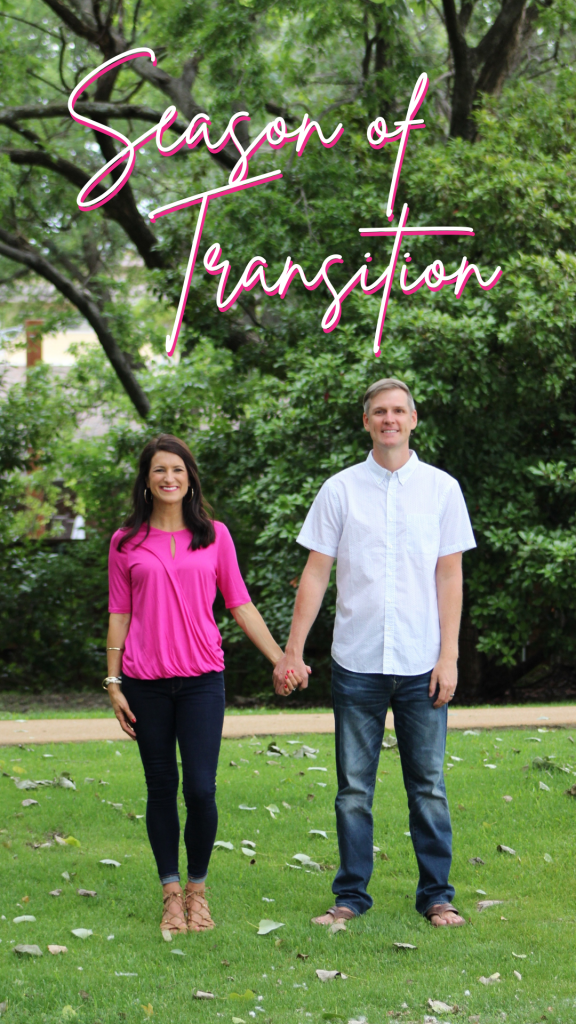 During our first 10 years of marriage Colby and I experienced few transitions. We lived in the same home all 10 years. We were at the same church for 8 years. I was at the same job for 11 years and Colby recently celebrated 15 years at his.

Last summer, the Lord began to speak to us that it was a season of new beginnings but we had no idea what would be in store.

After years of talking about it and a year of seriously looking, we transitioned out of our 1st home and into our 2nd home. It was what I thought was our new beginning, which I shared all about in this post.

But there was more. Several months later, in the fall, the Lord begin to reveal to us that our season at our current church was coming to an end. We never thought we would be leaving, but He had other plans and in November we met with our pastors to let them know we would be transitioning out.

A new home and a new church seemed like a lot of change for us, but it was during the same season that the Lord continued to stir in my husband’s heart something that He had began to plant many years prior.

In 2018 Colby and I began to receive prophetic words about him joining me in full-time ministry. To be honest when we received those words, I would toss them aside. Colby leaving his job? There was no way! Colby wasn’t just at any job, he had found his dream job. It was his career – the place he would work until he retired. Although it was a lot of hard work, it came with all the bells and whistles. You could put it in the category of the American dream. Which was why the very last thing I wanted to hear from the Father was that Colby would one day be quitting his job too. Quitting my job in 2017 seemed like a huge step of faith, but Colby doing the same? No thank you Lord!

Despite my desire to set those words aside, the prophetic words began to pick up over the years, fast-forwarding to 2021 where we couldn’t stay away from them. The Father was relentless in making it known that Colby was to quit. I continued to put them off, thinking there was no way that was even option. He only had 12 more years of work to go before he could retire and that seemed to make the most sense to me. Why would he leave his dream job?

But there was no denying what the Lord was prompting. And what started as a small stirring many years ago turned into 10+ prophetic words and a clarity and confidence from the Lord that it was time for another transition. In December of 2021 Colby quit his job. He turned in his two week notice, leaving behind his 15 year career, his dream job, our income, stability, insurance, pension, car and more.

We had no idea what the season of new beginnings would look like but over the past 9 months we have experienced transitions in houses, churches and now jobs. To say life looks completely different than we thought is quite the understatement. We were heading in one direction but God has taken us a completely different direction. What a wild ride it is when you are doing life with the Lord!

So what is next? Well Colby’s heart is to first minister unto the Lord but to also partner up with what I am doing as we continue to minister to not only women, but men and couples too. It mainly feels like a lot of unknowns but we are in a posture of rest and trust as we lean into Him. We don’t know what the future holds but we do know that God blesses obedience and He rewards faith and it’s our job to be obedient to Him. And sometimes, obedience looks like leaving behind everything that is familiar and comfortable. It doesn’t make sense in the natural, but in the Kingdom, success is obedience and being obedient (even when I’m a little hesitant at first) is what we will continue to do!

While this might not seem like a big deal to anyone else, it certainly is to us. We would absolutely love for you to partner up with us in prayer for this next season as we navigate many unknowns. Thankfully in the midst of all the unknowns what we do know is that God is faithful and He promises to take care of us. He has now given us the opportunity to trust Him in ways we never have before and for that, we are thankful! We believe this is the beginning of an amazing testimony and we can’t wait to continue to share the journey with you!

“By faith Abraham, when called to go to a place he would later receive as his inheritance, obeyed and went, even though he did not know where he was going.” Hebrews 11:8

PS. Colby and I are sharing the very LONG version of the story on A Cup Full of Hope podcast today, which you can listen to on any podcast app or here.