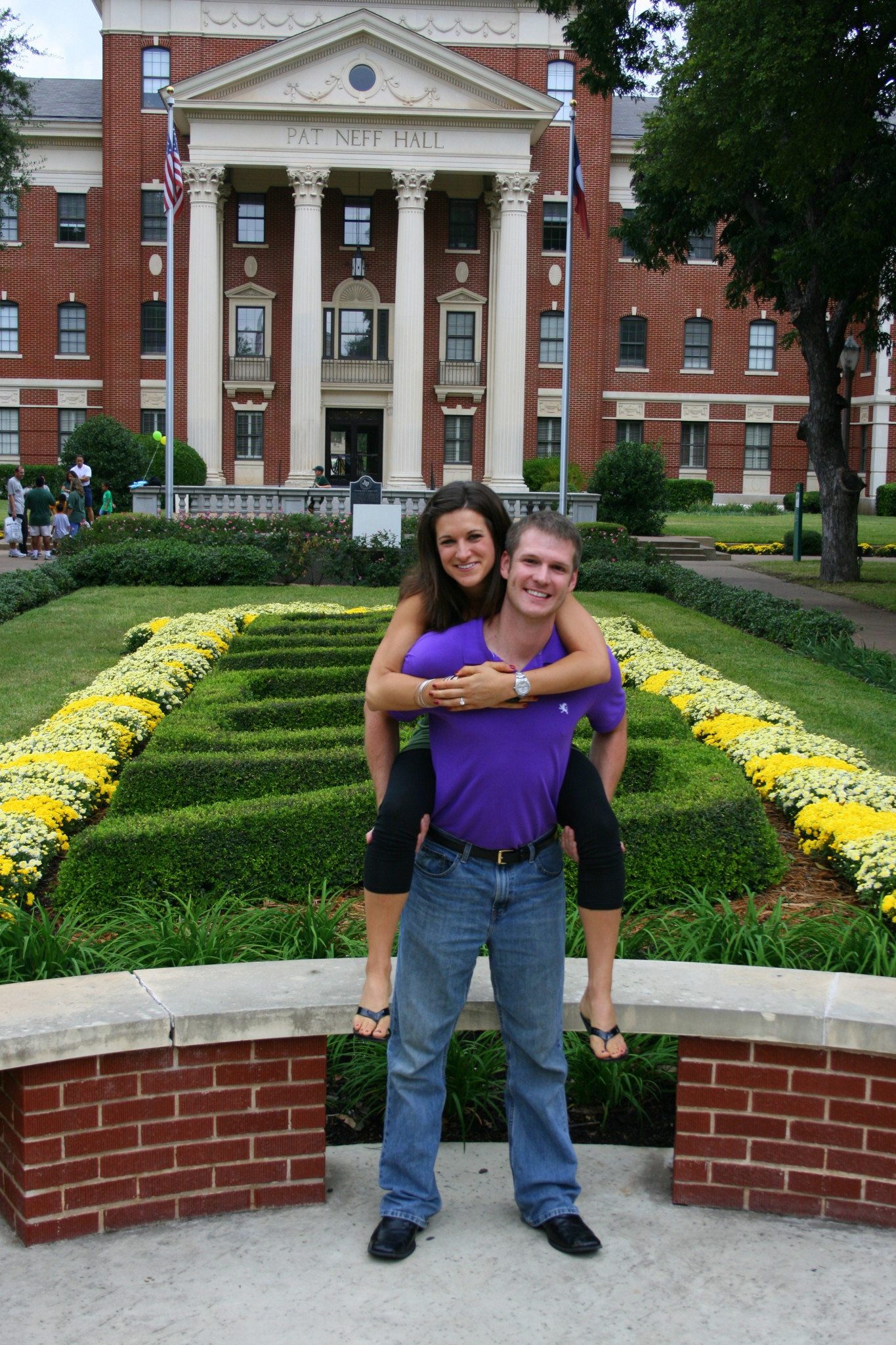 Eight years ago today Colby and I got engaged. {10.23.10} Yes, I have shared this every year on this blog, but it’s such a fun day to reflect again that I am sharing again. While it might seem silly to some to celebrate engagement, first dates, etc, I believe that when you are going through trials the best thing to do is to seek the positive things in life and one of those things for me is the blessing of our marriage.

The story begins with first sharing about where we went to college. I attended Baylor University and Colby went to Kansas State so we decided to go to the Baylor v. Kansas State football game, which also happened to be Baylor’s homecoming. We drove down early in the day to walk around campus, look at the homecoming floats, and take our time before the game started.

Colby was being very adamant about telling me where to go which is very out of character for him. He is usually easy-going, patient, and has a very go with the flow personality. I started questioning him, including asking why he was wearing his nice shoes for a football game. After he walked me to a very pretty area of campus, he began telling me how much he loved me, started talking about the future, and proceeded to share more mushy stuff. I was not interested in having the conversation at the time and couldn’t figure out why he was bringing up serious topics at such a random time, but before I knew it he was down on one knee asking me to marry him. Despite the fact that the one knee is CODE for proposal, it took awhile to register what was going on. I’m not sure at what point it hit me, but I finally said YES. Two of our friends came out from behind the bushes and we continued to walk around campus as they took pictures.

« Happy 2nd Birthday In Due Time Devotional! | Power of Your Words »