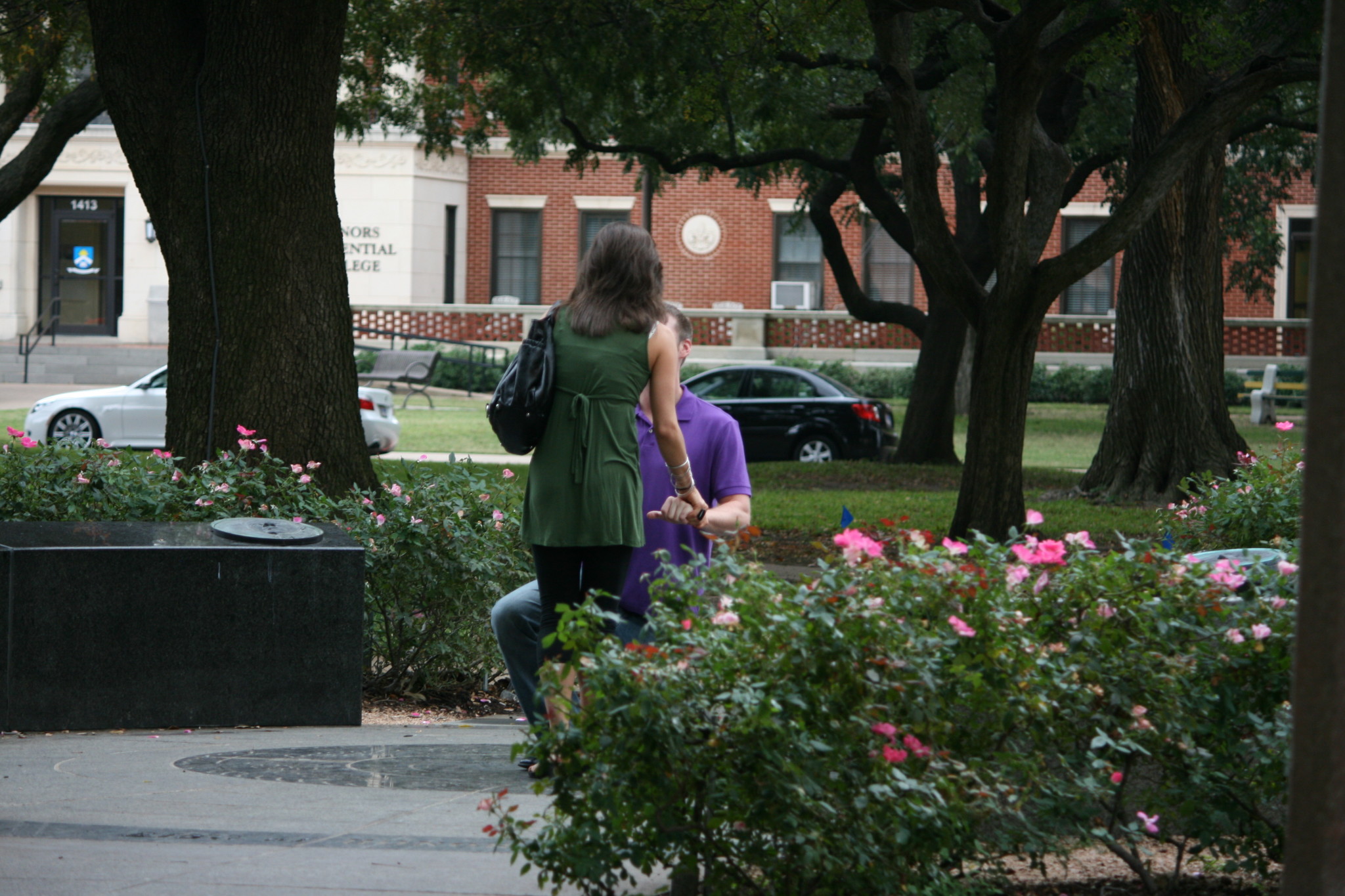 Six years ago yesterday Colby and I got engaged. {10.23.10} Yes, I have shared this every year on this blog, but it’s such a fun day to reflect again that I am sharing again. While it might seem silly to some to celebrate engagement, first dates, etc, I believe that when you are going through trials the best thing to do is to seek the positive things in life and one of those things for me is the blessing of our marriage.

For college I attended Baylor and Colby went to Kansas State so months before we had decided to go to the Baylor v. Kansas State football game, which also happened to be Baylor’s homecoming. We drove down early in the day to walk around campus, look at the homecoming floats, and take our time before the game started.